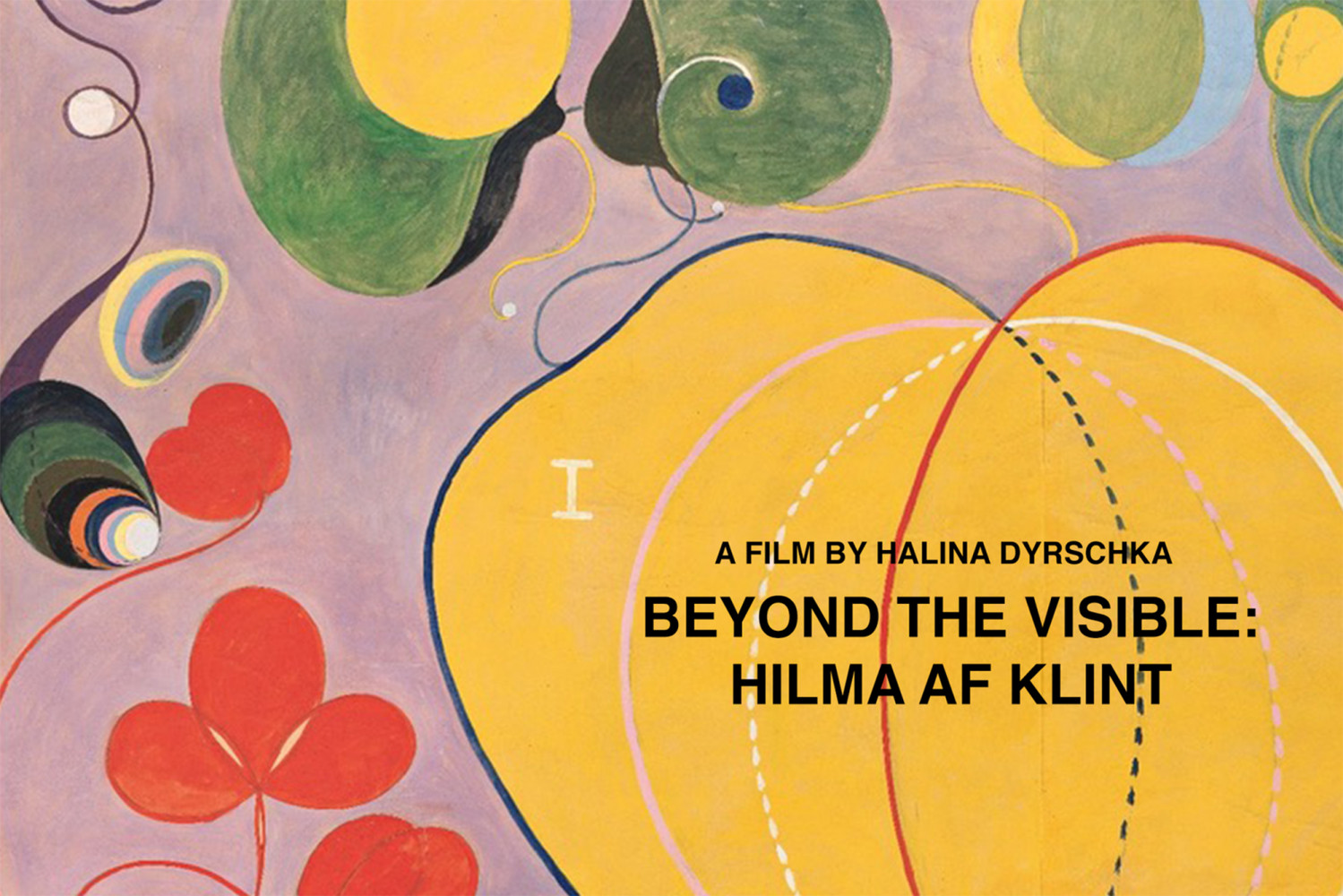 Beyond the Visible: Hilma af Klint (DVD 2019, 93min) Hilma af Klint was an abstract artist before the term existed, a visionary, trailblazing figure who began in 1906 to reel out a series of huge, colourful works without precedent in painting. The subject of a recent smash retrospective at the Guggenheim Museum, af Klint was for years an all-but-forgotten figure in art historical discourse, before her long-delayed rediscovery. Director Halina Dryschka’s dazzling, course correcting documentary describes not only the life and craft of af Klint, but also the process of her mischaracterization and erasure by both a patriarchal narrative of artistic progress and capitalistic determination of artistic value.
In association with the exhibition IN HER IMAGE