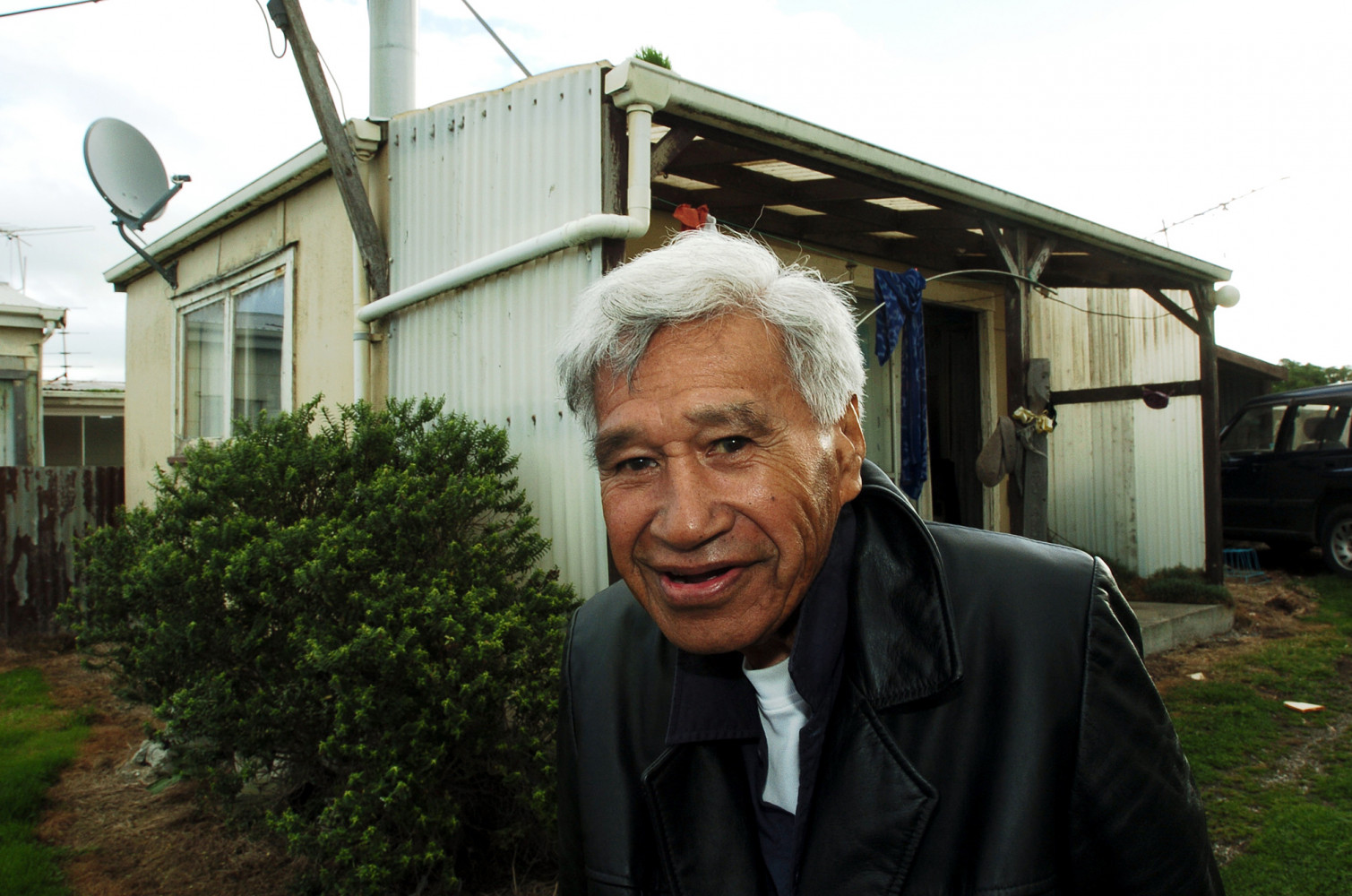 Hone Tuwhare (Ngapuhi, Ngāti Korokoro, Ngāti Tautahi, Te Popoto, Te Uri o Hau) is widely regarded as one of Aotearoa New Zealand’s most accomplished and treasured poets. Passionate about human rights, and in particular about Māori rights, in the 1970s he was an organiser for the first Maori writers and artists hui at Te Kaha and marched in the Maori Land March in 1975. Recipient of many national awards, In 2003 he was named one of New Zealand’s 10 greatest living artists and received the inaugural Prime Ministers’ Award for Literary Achievement.

Jeanette Wikaira, Chair of the Hone Tuwhare Charitable Trust, will talk about the restoration of Tuwhare’s crib at Kaka Point and the Trust’s hopes in developing the new writers’ and artists’ residency celebrating the ‘people’s poet’ Hone Tuwhare (1922-2008).

[above: Hone Tuwhare outside his bach at Kaka Point. Photo courtesy of the Otago Daily Times]