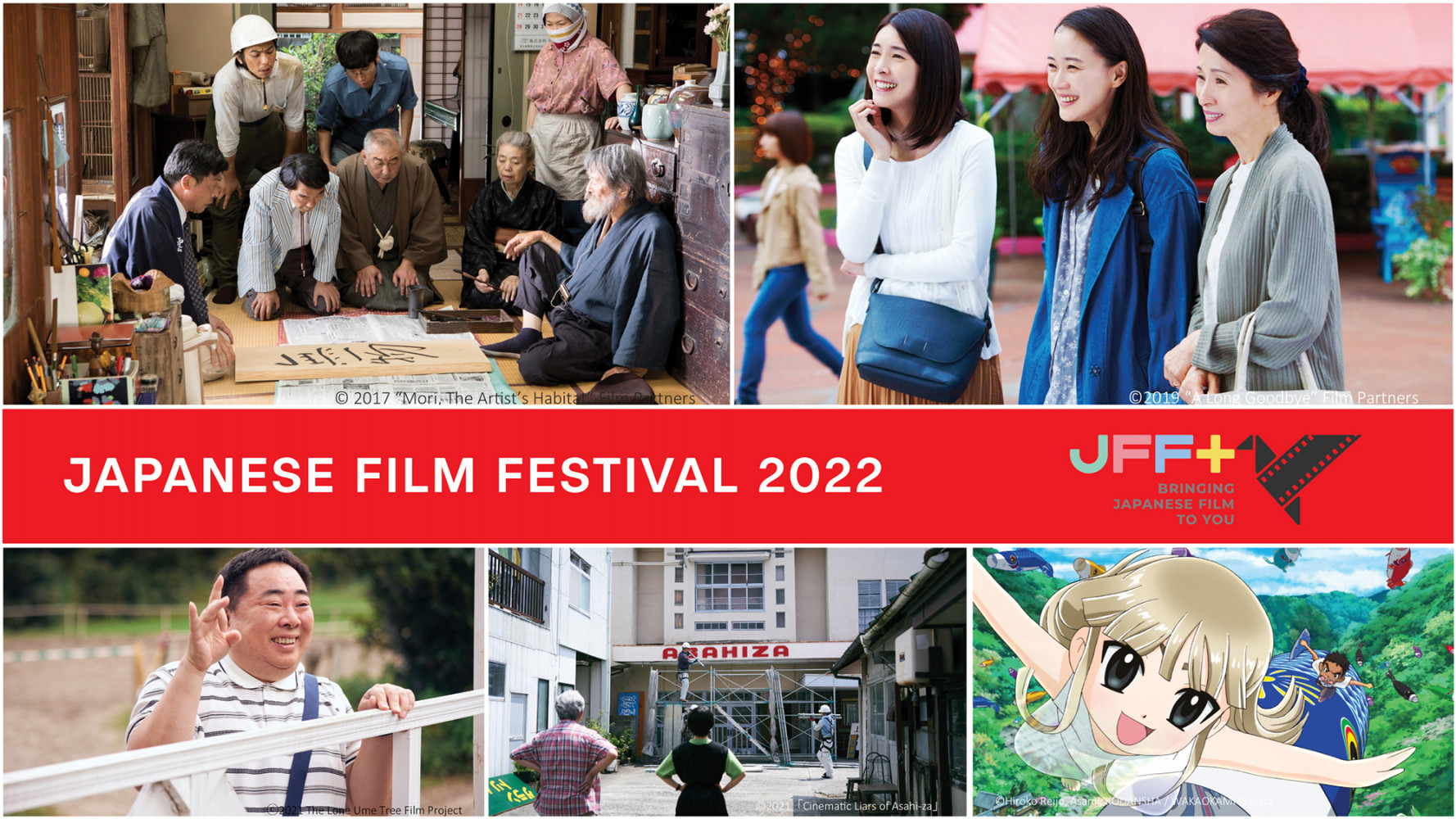 Brought to you by the Embassy of Japan, enjoy a selection of films designed to provide New Zealanders with an insight into the culture, customs, and traditions of Japan alongside what’s popular in Japanese society today.

All films will be in Japanese with English subtitles. No booking required, please arrive early to guarantee a seat.
The Lone Ume TreeDirector: Kotaro Wajima Year: 2021 Rating: PG
Runtime: 77 min Genre: Drama
Tamako lives with her 50-year-old son, Tadao who has autism. Every morning, they wake up, eat breakfast, and leave the house at same time. They have a large ume tree in their small garden, but branches sticking out over the sidewalk have caused complaints from their neighbours.
One day, Tamako finds out that a room is available in a group home for people with intellectual disabilities. After much thought, Tamako puts Tadao in the group home, but confused by the sudden change in the environment, Tadao runs away after only a few days. Meanwhile, Tamako decides to prune the ume tree that's in the way of others.

Cinematic Liars of Asahi-zaDirector: Yuki Tanada Year: 2021 Rating: M
Runtime: 114min Genre: Drama
Centering around a real-life movie theatre in Minamisoma, with a touch of comedy, this human drama follows the suffering and rebirth of people who are drawn to the Asahiza cinema.
A movie theatre “Asahi-za” has a history of nearly 100 years. One day, a woman appears in front of the manager of “Asahi-za”. She is there to keep the promise that she made to her high school teacher, of saving the condemned “Asahi-za”.
Believing there was no way to save the cinema, the manager had given up all hope. But a small “lie” sets the future of the cinema on a course that no one could ever have imagined...
A Long Goodbye
Director: Ryota NakanoYear: 2019 Rating: M
Runtime: 127min Genre: Drama
Internationally recognised director Ryota Nakano delivers a moving story full of love and tears. After becoming the first Japanese director to win Best Director at the SKIP CITY INTERNATIONAL D-Cinema FESTIVAL in 2012 with “Capturing Dad”, Nakano has been invited to film festivals all over the world. His 2016 film “Her Love Boils Bathwater” received dozens of awards across multiple categories including the Japan Academy Film Prize in six major categories.
“A Long Goodbye” is a touching, sentimental and humorous story spanning seven years, following the life of Shohei, a father who is slowly losing his memory.
Confused by their father's memory fading day after day, Shohei's family is forced to face the reality of circumstances they find themselves in. One day, however, the family learns that a “lovely memory” which had been forgotten by everyone in their family, is still alive in Shohei.

Okko’s InnDirector: Kitaro Kosaka Year: 2018 Rating: PG
Runtime: 94min Genre: Anime, Fantasy, Supernatural
Winner of the 42nd Japan Academy Prize for Best Animated Film in 2019, and the second film (following “Your Name” in 2016) to win both the Excellence Award and the Audience Award at the Puchon International Animated Film Festival!
After losing her parents in a car accident, 12-year-old Oriko Seki (Okko) finds herself living in her grandmother's hot spring inn - "Haru no Ya." While she prepares to be the next owner of the inn, Okko discovers she is somehow able to see friendly ghosts. Ghost "Uribou" accompanies her as she faces various challenges along the way to becoming a young female innkeeper.

Mori, The Artist's HabitatDirector: Shuichi Okita Year: 2018 Rating: G
Runtime: 99min Genre: Drama
Mori and Hideko live a peaceful life, surrounded by the things they love. Mori, a 94 year-old Painter, has barely left his property in the last 30 years, content in tirelessly rendering the countless insects, birds and critters in his garden into works of art. But when developers decide to build a condominium next door, putting their small paradise at risk, Mori and Hideko decide to take action to protect the garden they cherish...