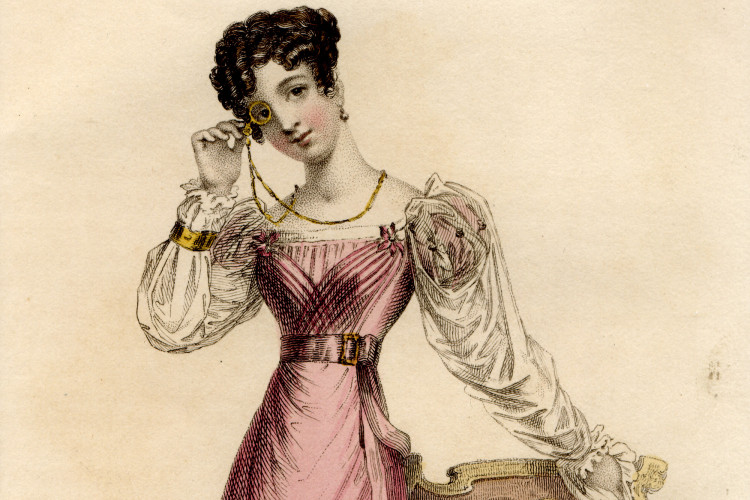 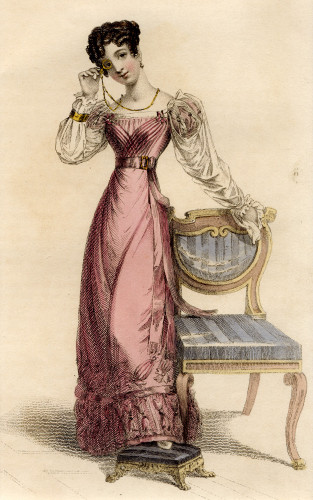 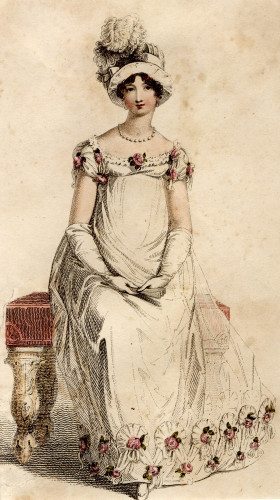 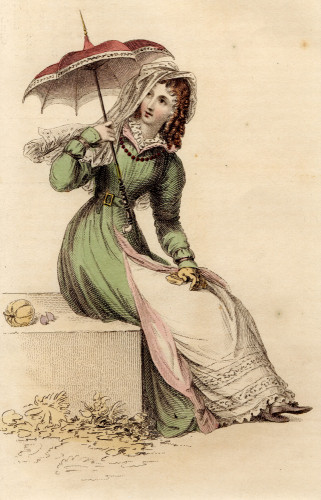 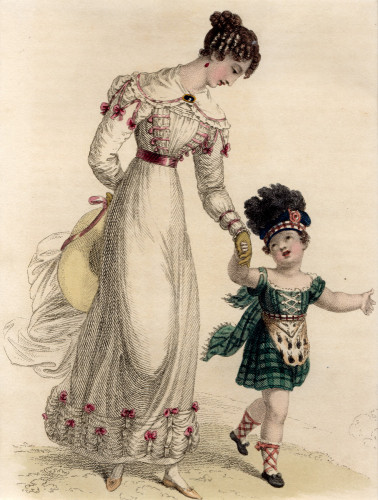 The hand-coloured engravings in this exhibition were published in Rudolph Ackermann’s journal which is now known as Ackermann’s Repository of Arts.The magazine was produced monthly and sold in his shop in The Strand in London. It documented, amongst other news items, the changing fashions in dress and furniture of the Regency. The magazine ceased to exist in 1828. Each monthly volume contained two or more fashion plates - in total Ackermann released around 450 fashion plates.

The 45 fashion plates (1811-1825) in this exhibition were gifted to the Gallery in 1960 by Miss Margaret Middleditch and the styles depicted will be quite familiar to those who have seen dramatised versions of Jane Austen novels.

The 1790s to the 1840s was a period when women’s dress celebrated a less constricted feminine shape. The undergarments of the earlier period - panniers (hoops which emphasised and widened the hips) and stays - were rejected in favour of lighter and more flexible corsets, and it was not until the mid 18th century that the crinoline (steel circular hoops) and tight-lacing began to influence the bodily shape of women. Empress Joséphine of France, with her heightened sense of fashion, was instrumental in the adoption of the loose slim skirt and raised-waisted so-called ‘Empire’ dress. The simplicity of style was also influenced by the ‘levelling’ or ‘equality’ of the classes in post-French Revolution society, and the neo-Classical impulse referenced the democratic societies that existed in the ancient world. Many fashionable women and men wore their hair cropped short.

This simple style was welcomed in England during the Regency Period (c1806-1830), and the new cotton processing mills were able to produce some very fine home-grown muslins and cottons suitable for the fashion of the time.