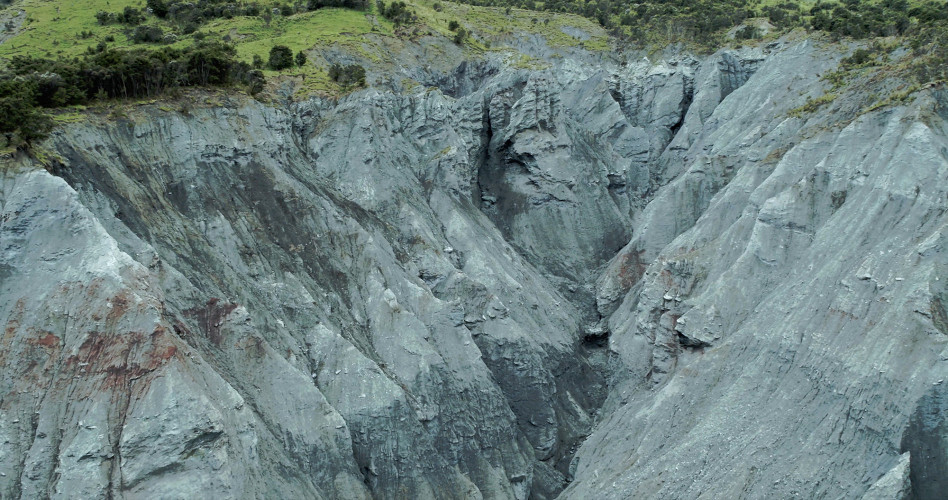 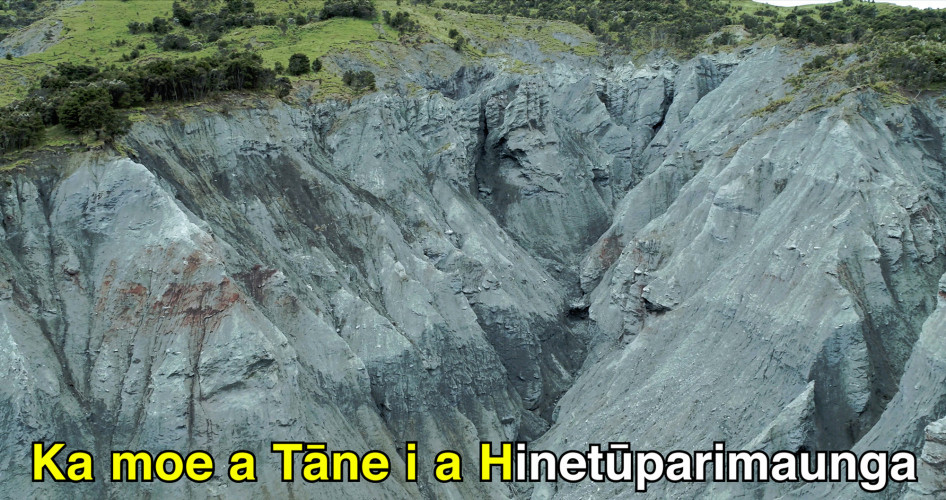 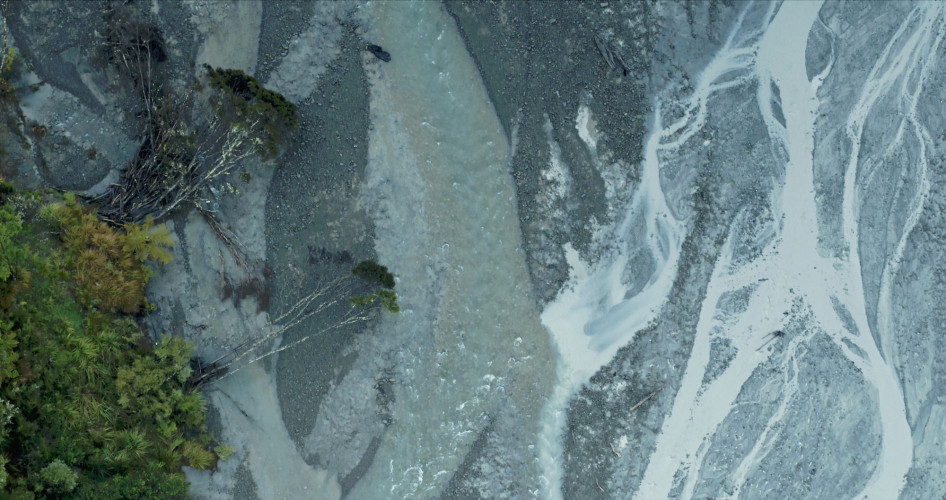 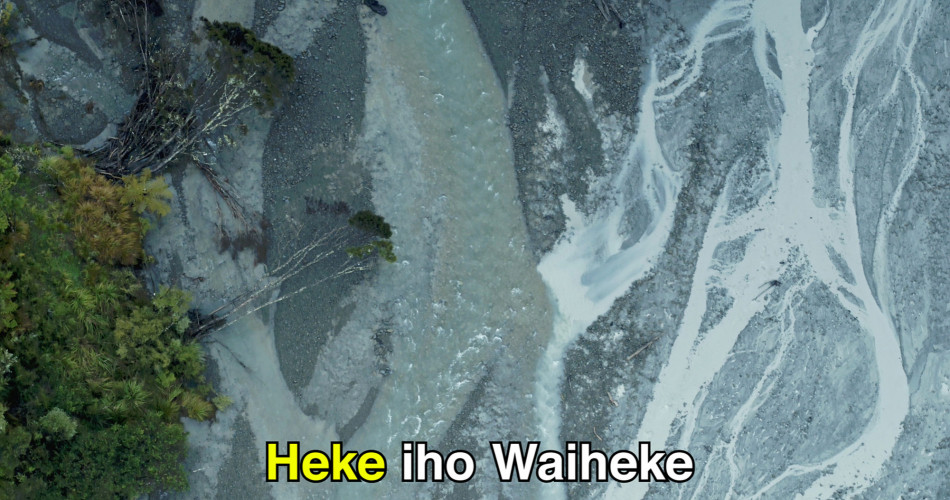 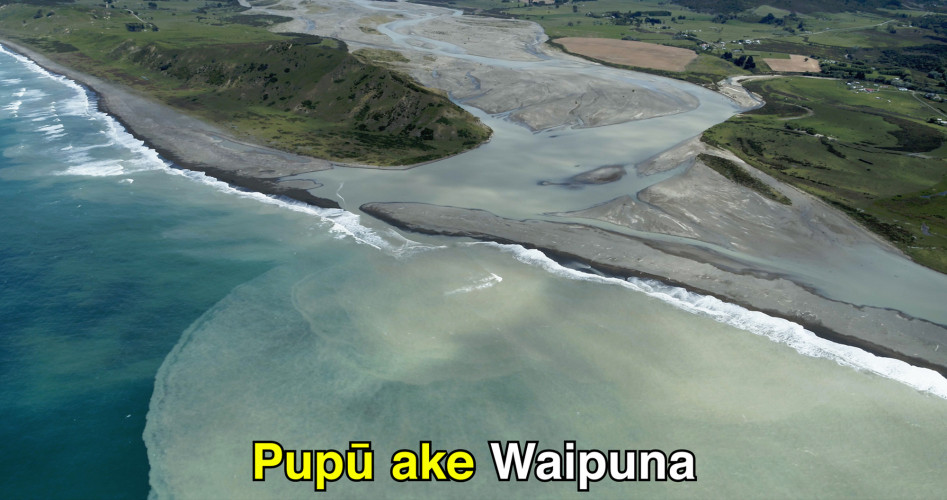 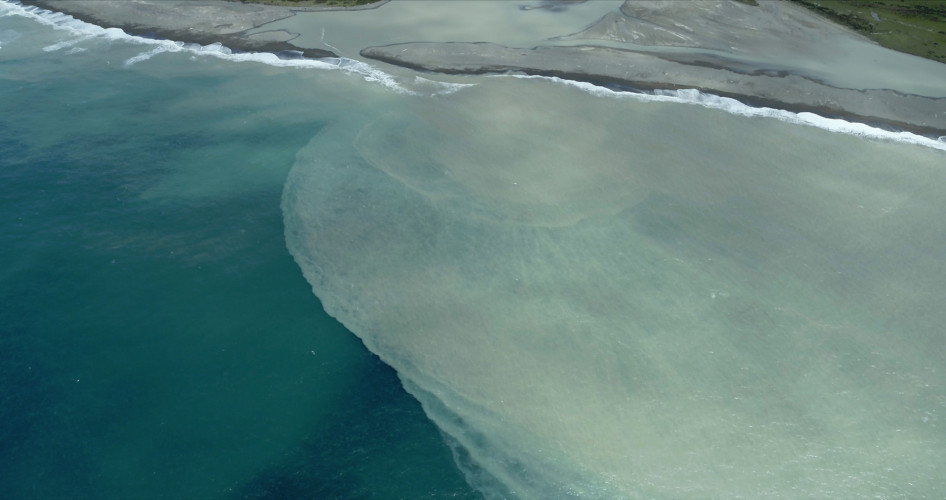 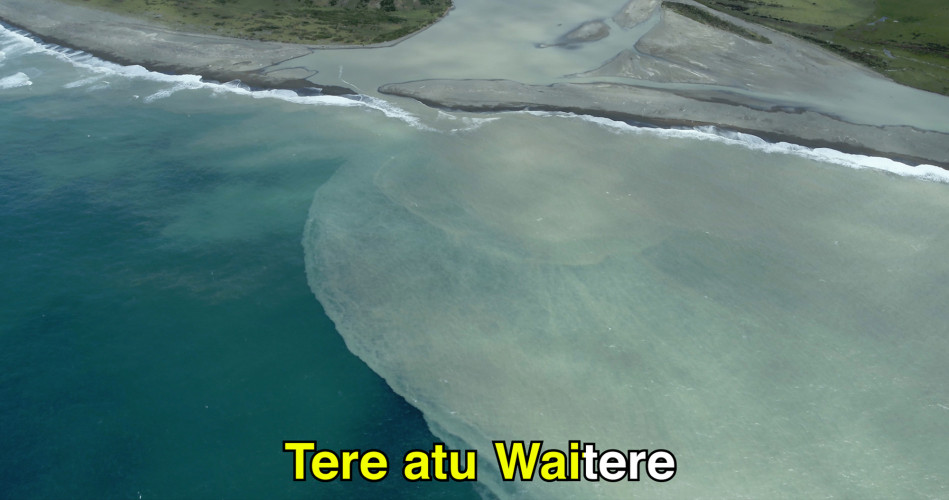 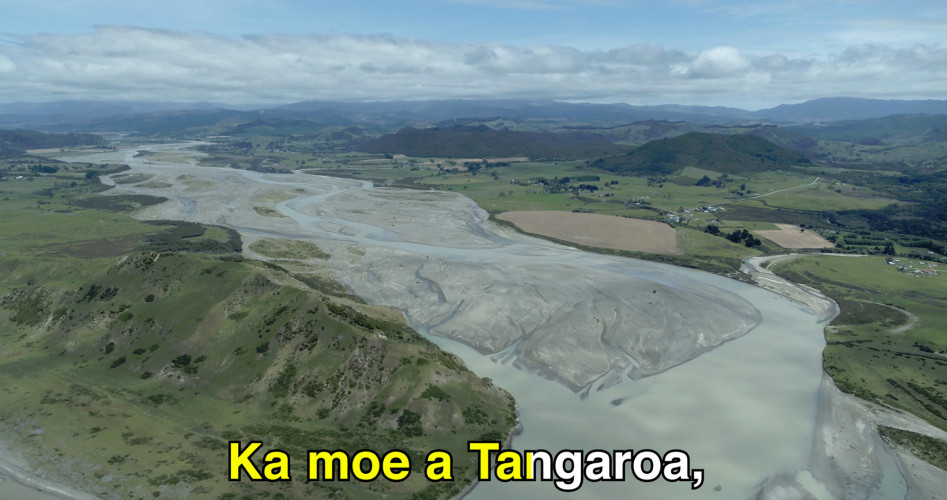 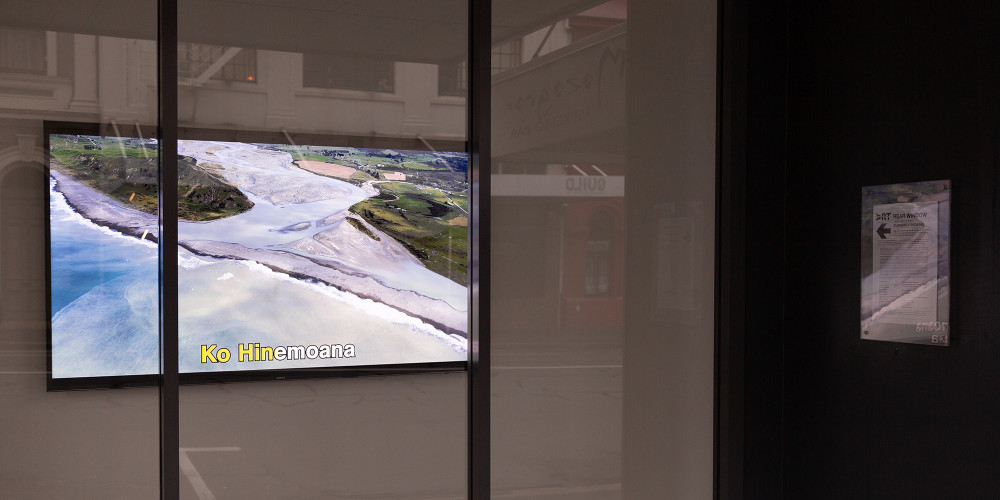 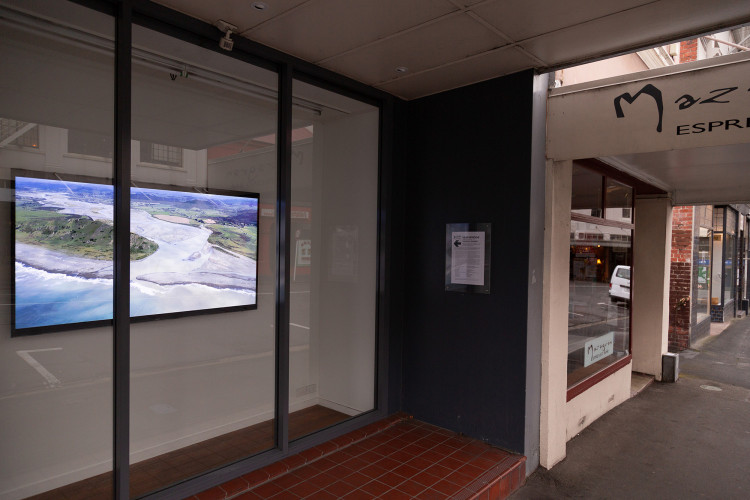 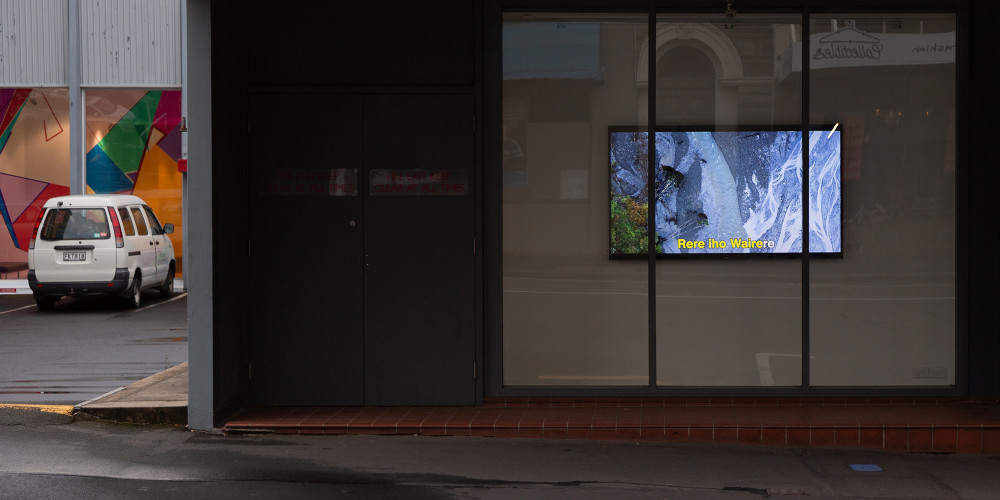 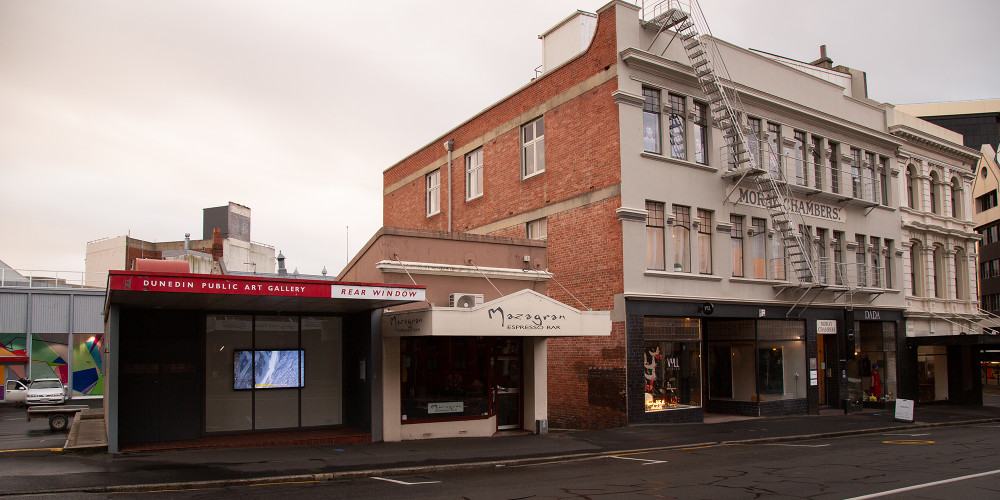 This waiata (song) and video both relay the movement of sediment from the inland—’ki uta, ki tai’, in recognition of the Māori concept of connectedness ‘from the mountains to the sea’. This concept acknowledges the hinterland and coast as relationally inseparable through atmosphere, groundwater, land use, and sediment.

Dr Aroha Yates-Smith (Te Arawa, Tainui, Tākitimu, Horouta and Mātaatua) is a Māori scholar renowned for her work in reviving stories of the female deities. Here, she brings to life the personhood of Para-whenua-mea:

‘Parawhenuamea emerged from her mother as pure (alluvial) spring waters. She then cascaded down the slopes of her mother, falling as a waterfall, then gliding across the surface of the plains. The term Parawhenuamea connotes fine grains of silt deposits rising up out of the ground with the water’s force, and being carried along by the flow of the stream, merging with other streams to form large rivers, while depositing silt along the river banks. As Parawhenuamea approached the coastline, she saw the form of Kiwa, the ocean entity in the distance. Kiwa moved forward to embrace Parawhenuamea as she drew closer. Their bodies merged creating Hinemoana, the sea...’1

This bringing alive of the persona of Para-whenua-mea illustrates the way Māori may refer to mountains, rivers and other natural phenomena by a personal name. Yates-Smith composed the waiata that ‘carries’ the video footage as the aerial view takes us from the eroding hillsides of Waiorongomai, along the Waiapu River and out to meet the sea. Kahurangiariki Smith has already established an intergenerational collaborative process working with her mother, has created a karaoke animation to allow us to sing along. Alex Monteith, Natalie Robertson and Graeme Atkins worked together to record Barton’s Gully at Waiorongomai, on the East Cape, and the Waiapu Ngutu Awa—river mouth. Characterised as a ‘badass gully’ by geomorphologists,2  Wairongomai is a world-famous large-scale fluvio-mass-movement gully complex, in other words, a severely eroded gully slip sliding away. ‘They are conceptualised as ‘badass’ by not conforming to any existing gully model and by generating disproportionate results in East Coast catchment sediment cascades.’3

Ka moe a Tāne i a Hinetūparimaunga

The water flows forth, Wairere.

Kiwa draws near, and Parawhenuamea approaches.

Flowing into an embrace,