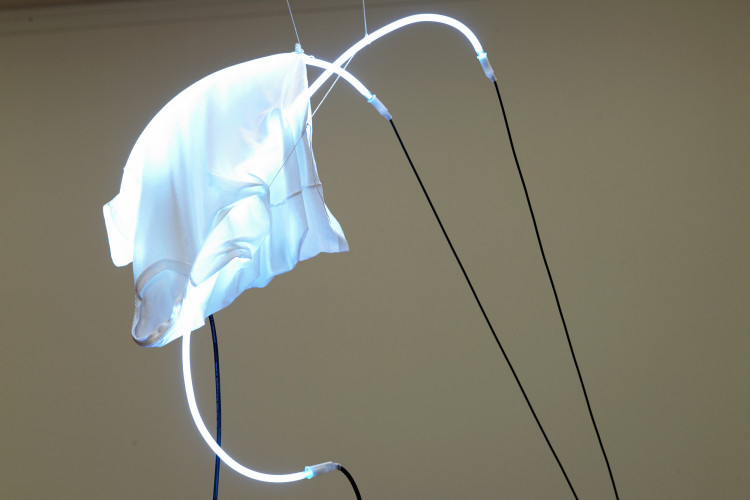 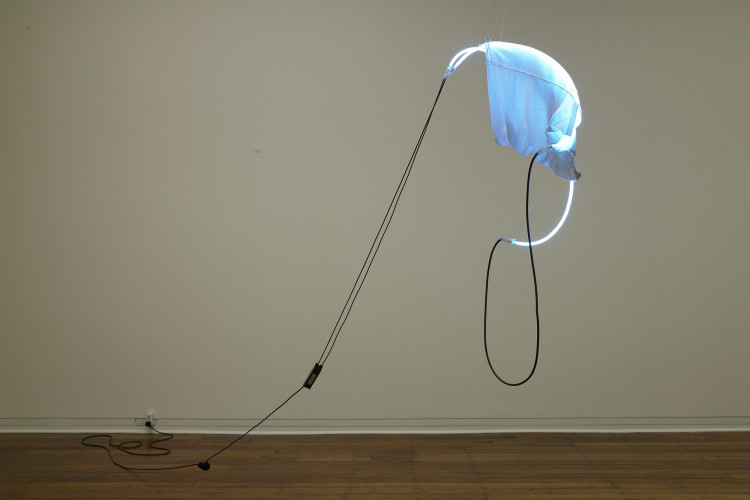 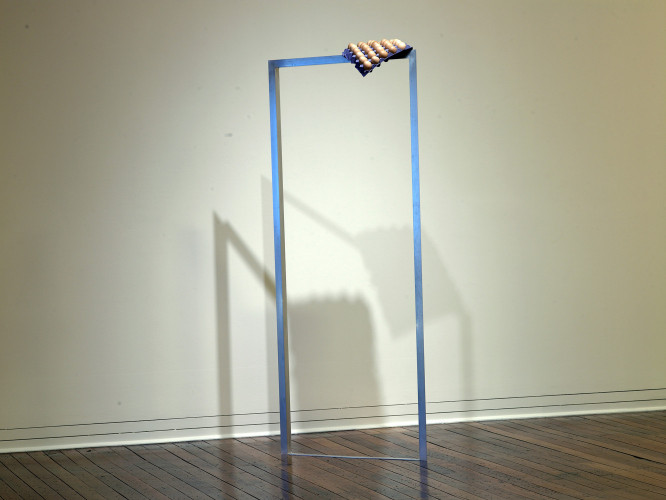 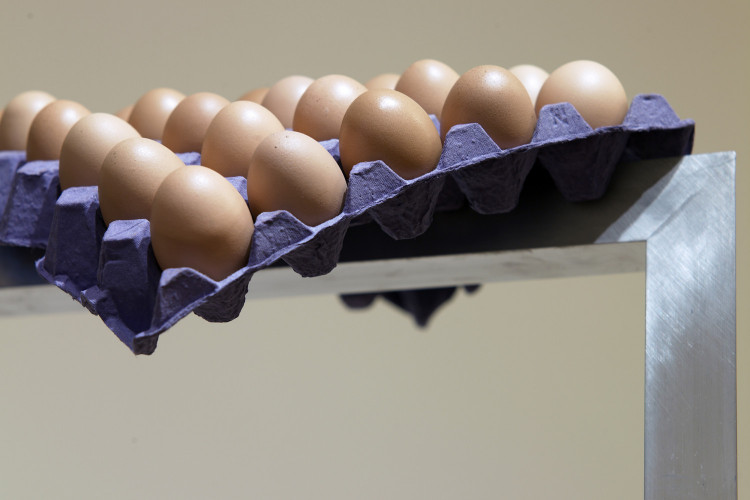 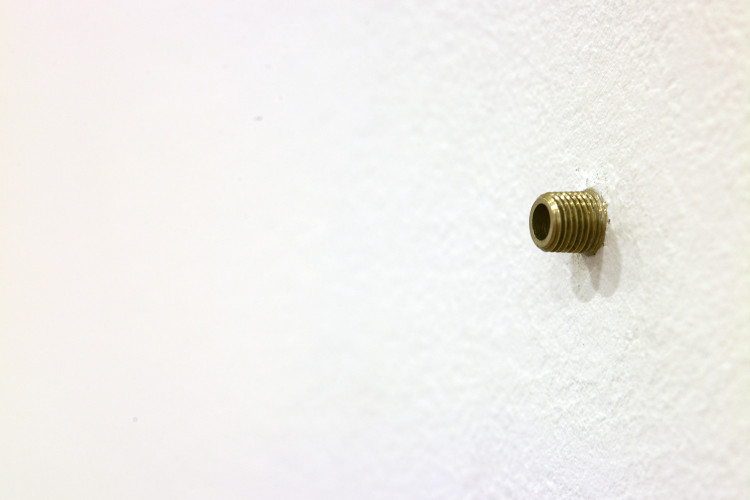 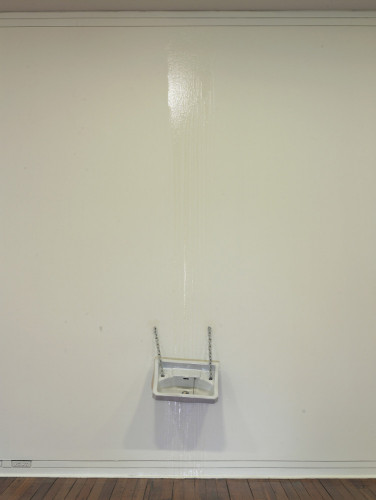 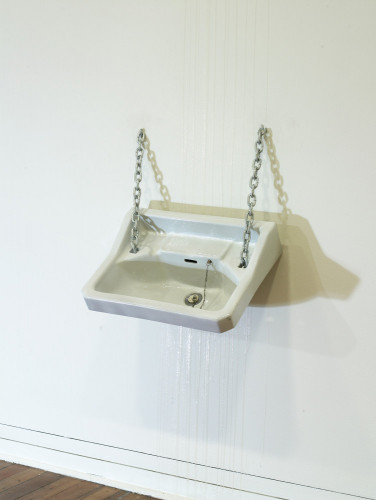 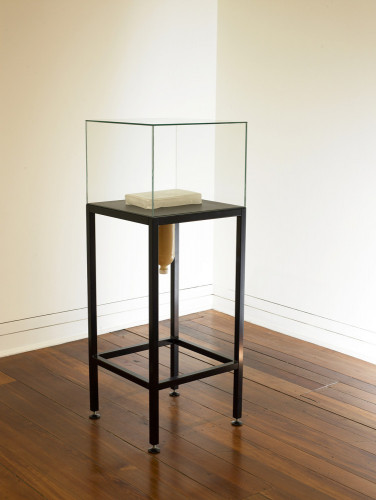 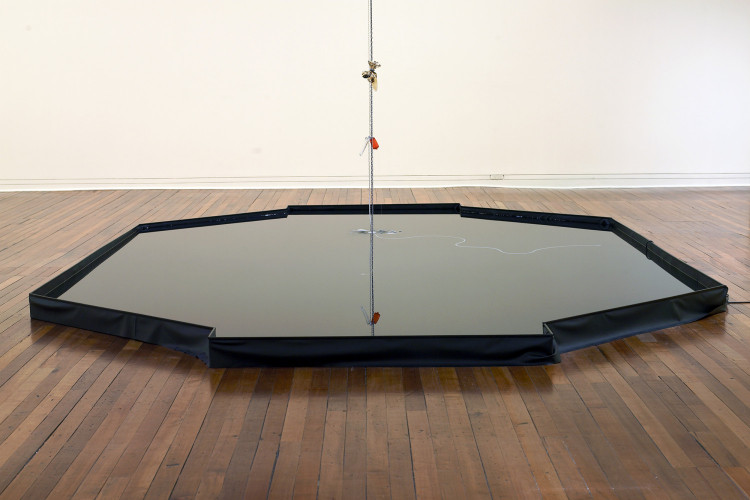 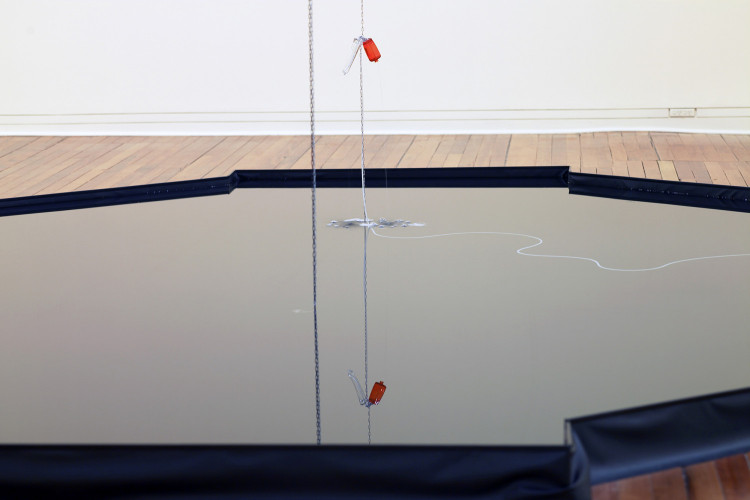 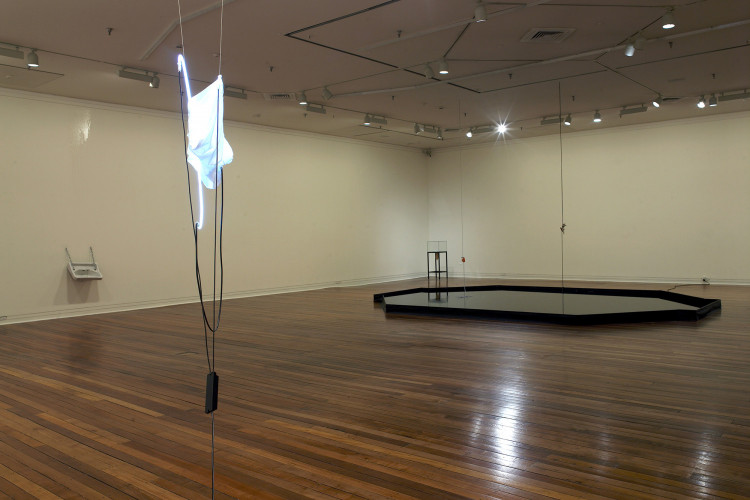 This new work by Alicia Frankovich was researched and developed by the artist during her eight-week long stint in Dunedin as part of the Dunedin Public Art Gallery’s Visiting Artist Programme.

Effigies brings together a series of discrete sculptural elements, designed to be appreciated individually and to operate as ‘zones’ within the context of the installation space. Formal sculptural elements such as tone, shape and proportion have influenced the placement of objects. Colour is used as a visual lure and a unifying device, harmonising the association between individual items to create subtle visual hooks throughout the exhibition space.

There is however, more to this installation than meets the eye. As the title suggests, Frankovich applies a process of transformation to her chosen objects, re-contextualizing and reconfiguring common materials and things to evoke lyrical and mystical qualities and associations. This installation reveals one of the artist’s key interests, namely, shifting the contexts and exploring the associations between seemingly everyday elements to expand possible readings. In this instance, Frankovich has imbued profane objects with a sacred presence. The objects also extend beyond themselves to reference the body and suggest emotion.

An element of performance is ever present in Frankovich’s practice. In Effigies this is most clearly articulated with Raw (post action sculpture), as the ghost-like markings and dilapidated sink stand in for artist’s direct intervention and ‘activity’ in the space.  To a certain extent this work denies the gallery visitor access to the performative act and, vicariously, the anxiety and thrill associated with this event. Conversely, with Demi-mortal the breathing wall ‘functions’ or is initiated by the audiences’ movement through space; it can only be appreciated when ‘active’ from a distance or by other gallery goers who are close to release point.  There is little sign of the source or trigger point for the gust of air that is imitated at random intervals from a copper valve that protrudes into the gallery space. Hovering just above the standard exhibition hanging height, this curious blowhole becomes a gallery wonder; something to walk up to, inspect and speculate about while perambulating around the exhibit.

Facets of sculptural history become apparent both as a subject for exploration and a material in its own right.  It is not difficult to see elements of classicism rubbing shoulders elegantly with minimalism in the appropriately titled Orpheus.  In this piece the gateway to the underworld is a simple metal doorframe and yet this oblique opening within the room becomes a powerful starting point for navigating this exhibition.

Frankovich seems to have set up a test for her audience; does one pass through this doorway in the hope that art has transformative powers or walk around it to look back at where art has come from.  Like Orpheus at the precipice of departing the underground do we need to make sure reality is cogent with memory?  Is it enough to look, analyse and believe in Orpheus for it to be convincing or is art history still needed for guidance in the darkness of hesitation, doubt and uncertainty?

Effigies also sees Frankovich continue with her interrogation of the relationship between bodies and space, especially as they operate in public and private spheres.  At a more grass roots level, re-locating temporarily to Dunedin also activated some key starting points for the artist for this installation. Frankovich became interested in the type of structures located around the city, and what they memorialised and how they are demarcated or distinguished within the cityscape. One of the recurring motifs that she discovered, was the use of the octagon, as not only a central element within the urban plan but also as a consistent shape for public podiums, pedestals and various ornamental features.  This form has subsequently found its way into the installation. It is the blueprint for the low-lying pool which frames the delicately balanced and composed sculptural features, Pas de Deux(Step of Two), Cornucopia of Spoons with Dancing Birds in Outdoor Pool.  In this instance, the grandness of a palatial pool has been invested with an ephemeral and restrained sensibility; stone is replaced with vinyl and bronze pool figures with glass bottles and a collection of gold plated dinner implements.

Effigies is a challenging exhibition, speculative in its ideas and manifestation, light in its physical touch and yet sustaining. It is a welcome addition to the Gallery’s Visiting Artist Programme.

Alicia Frankovich was born in Tauranga in 1980 and lives and works in Melbourne and Berlin. Frankovich completed a Bachelor of Visual Arts (Sculpture) at Auckland University of Technology, New Zealand in 2002. She has undertaken residencies at Artspace, Sydney (2009), The Firestation, Dublin (2008), Fondazione Antonio Ratti, Lake Como (2007) and Gertrude Contemporary Art Spaces, Melbourne (2005-2006).  Later this year Alicia will undertake a 12-month Creative New Zealand residency at the Künstlerhaus Bethanien in Berlin.