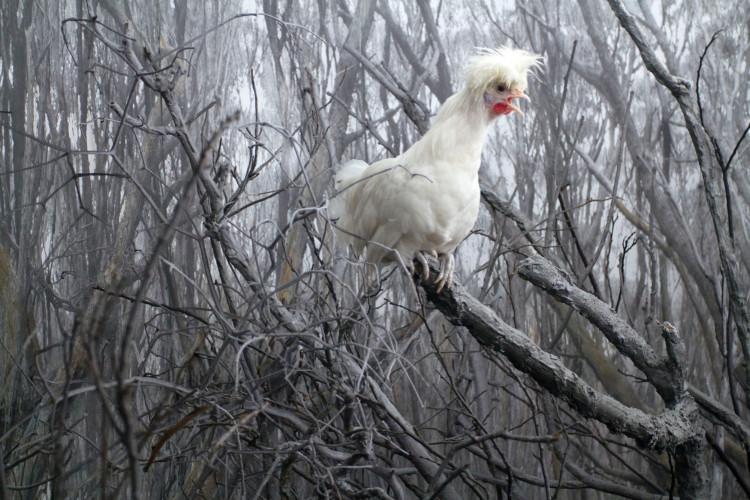 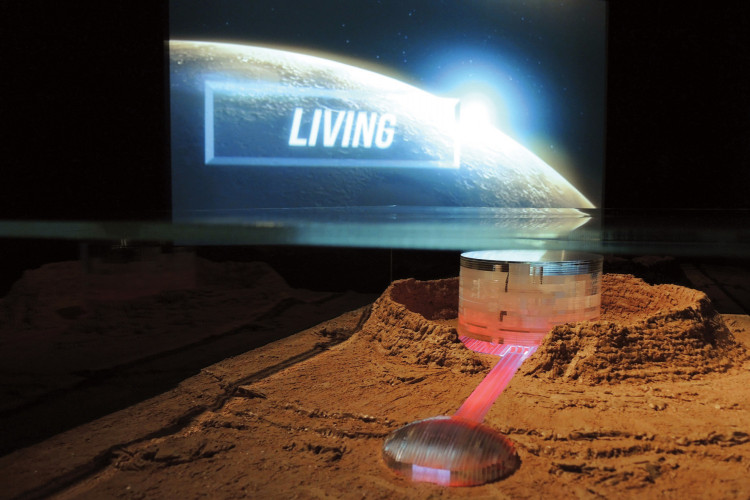 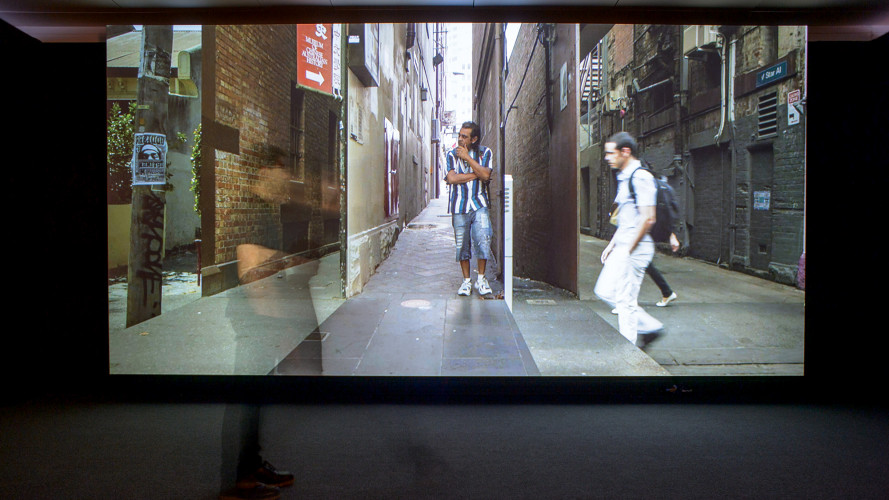 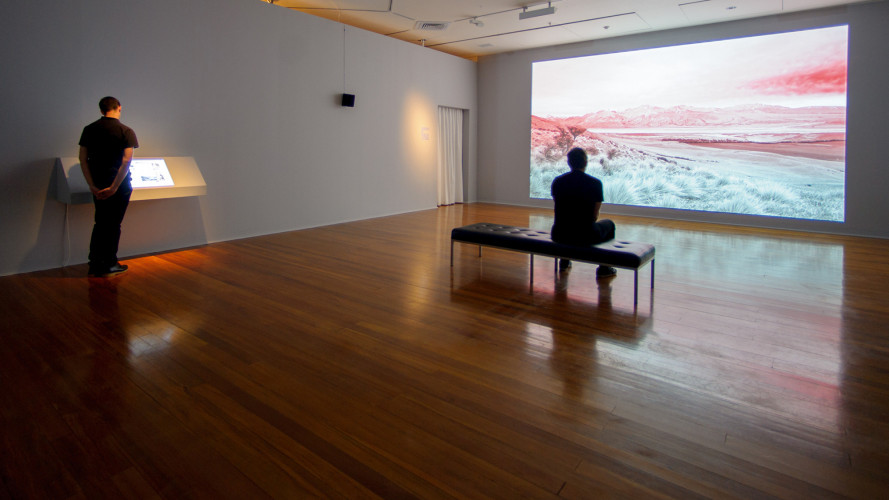 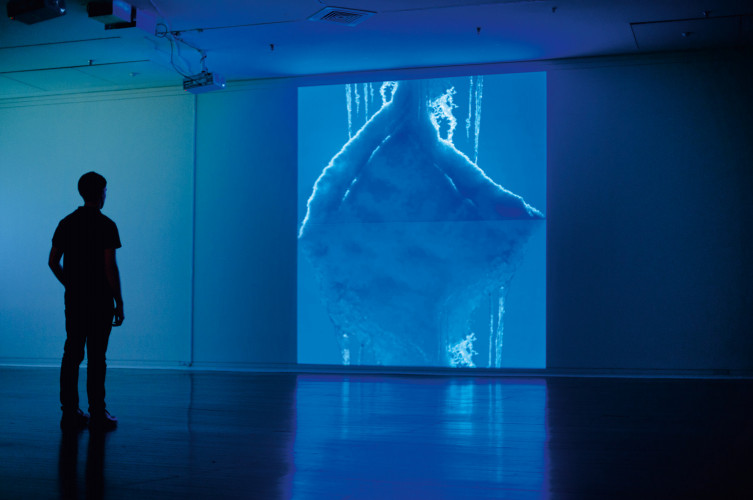 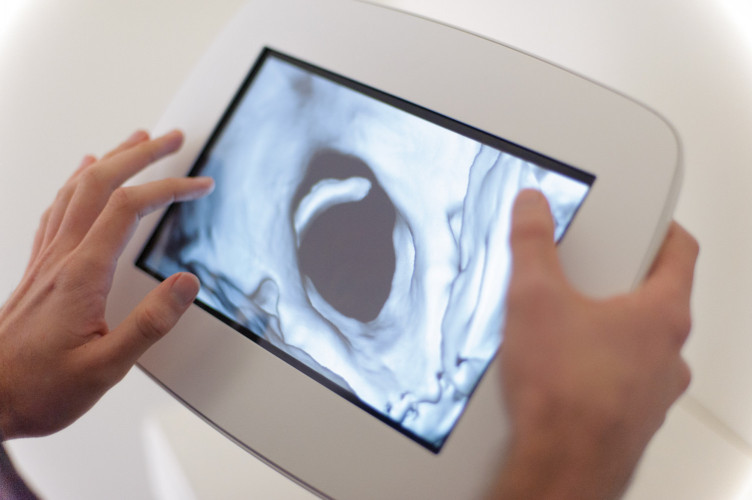 STELLA BRENNAN Start From Where You Are 2013. (installation view). VR panorama with sound; tablets, headphones, 13min. Courtesy of the artist 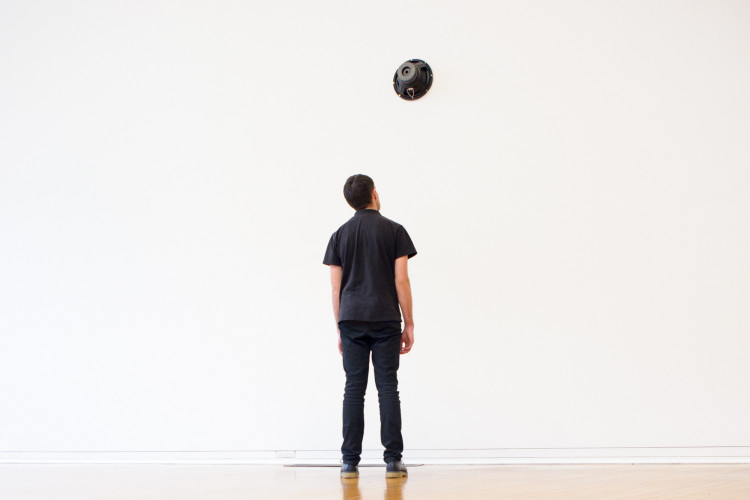 I like to think
(it has to be!)
of a cybernetic ecology
where we are free of our labors
and joined back to nature,
returned to our mammal
brothers and sisters,
and all watched over
by machines of loving grace.

In 1858 the British author and satirist Samuel Butler began work as a run-holder in an area of mid-Canterbury, in the South Island of New Zealand, that he named Mesopotamia – the mountainous area surrounding it he called Erewhon. The farm became the setting for a dystopic tale of machinic and societal control. Published in 1872 Erewhon turned this Southern landscape into a fictional world that held a mirror up to the hypocrisies of Victorian society. As a young traveller journeys over the mountains, he finds a new society of green pastures where Darwinian evolution is now in the hands of the machines. It is a land where humans are so afraid of what might come next that all machines and all technology, are outlawed. The story resonates with an ecological intensity that foretells of a terrifying shift in the relations of nature to technology. Unsurprisingly, Butler’s observations of machinic ecology resonate in contemporary media art today.

Long before Butler, New Zealand was a land continually recreated in myth and story. And as the opening scenes of Prince Caspian or the Lord of the Rings show, it can still easily be imagined to be elsewhere. In New Zealand there remains an absurd tension between representations of a place where dreams can come true; continued media constructions of a country through a fictitious national identity, 100% pure and full of sheep; and, a carte blanche upon which fantasies of elsewhere space can be realised. In this context, Erewhon forms a provocation and catalyst for the artists in this exhibition to think through relationships between the individual and the mass, the machine and the ‘natural’ whether biological or ecological, and the traveller and elsewhere.

AMONG THE MACHINES picks the story of Erewhon up in the early twenty-first century, and suggests that it is possible to form newconnections between geographical locations, fictions, and fragments of our technological imaginary. Although not all the works in the exhibition use Butler's satirical take on western society, machines and environment as a starting point, they do all suggest a rethink of our relationships with technology, fiction, land, animals, nature and each other.

Reflecting on the histories of centuries of occupation of this land, we find ourselves once again immersed in shifting relations between technology and nature. In an age where the ring of fire can determine geological relationships from the local to the global, and when climate change informs any thoughts about industrialization, modernity and progress Butler’s text seems ever more pertinent. By focusing our thoughts on the constructions of nature, and our understanding of the role of media in society we are able to think of the environment beyond nature, and begin to re-conceptualize the relationship of technology to place.In the country of the Erewhonians, Butler documented a fear of the immense capacity of machines, AMONG THE MACHINES presents a counter, a different reflection on the future world today. This is a world where we are learning to live with multiple and strange creatures whether biological or machinic.  Situating the long-term concerns of ecology alongside the hopefulness of utopian thought, AMONG THE MACHINES offers a speculative map for the future histories of media, machines and humans.