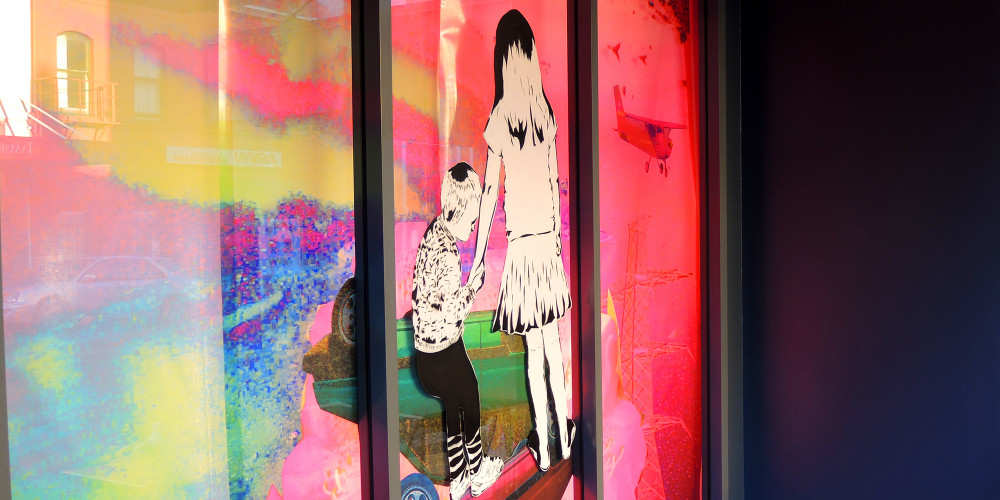 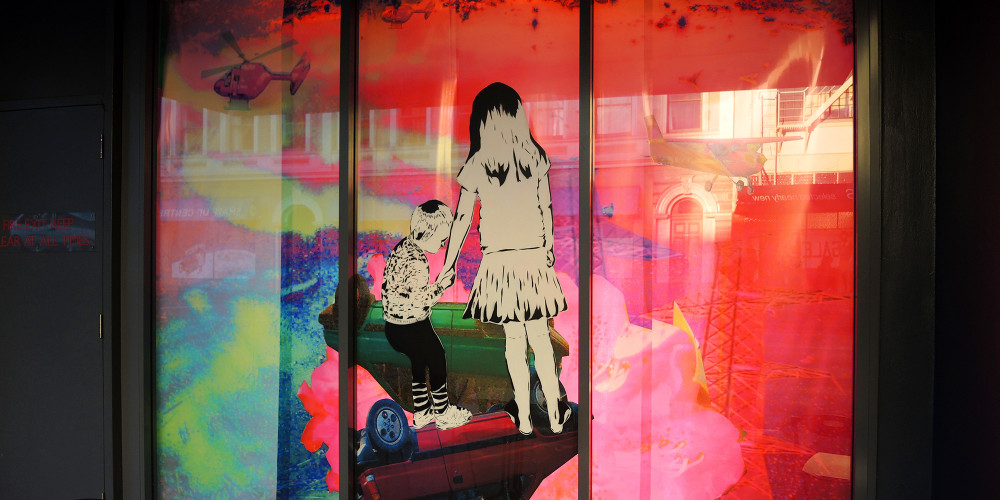 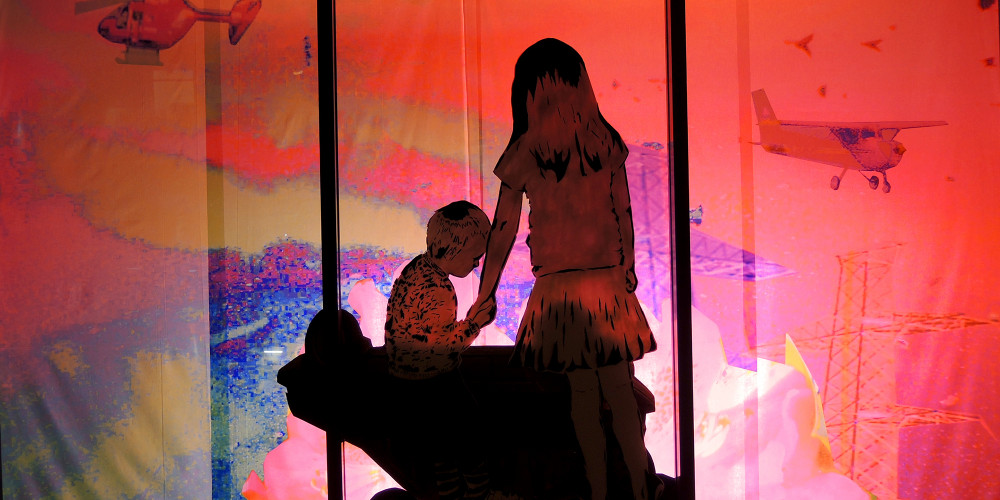 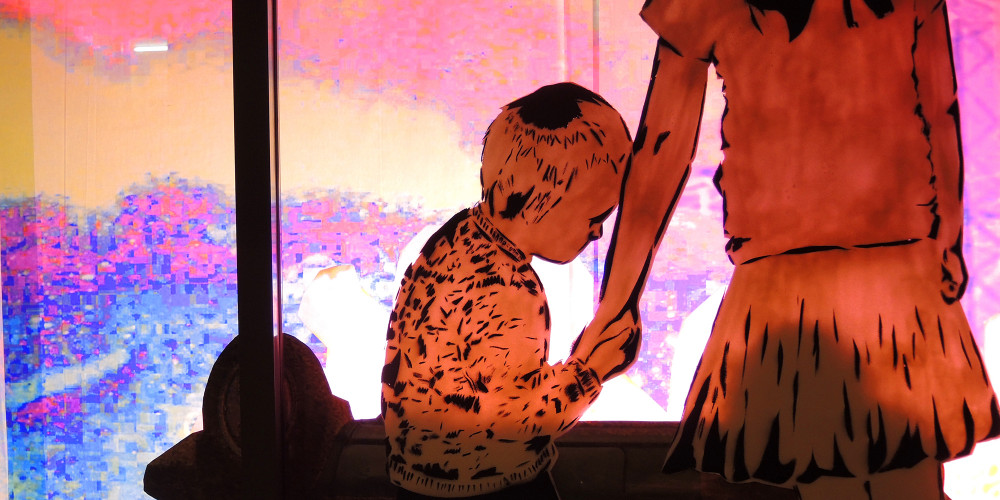 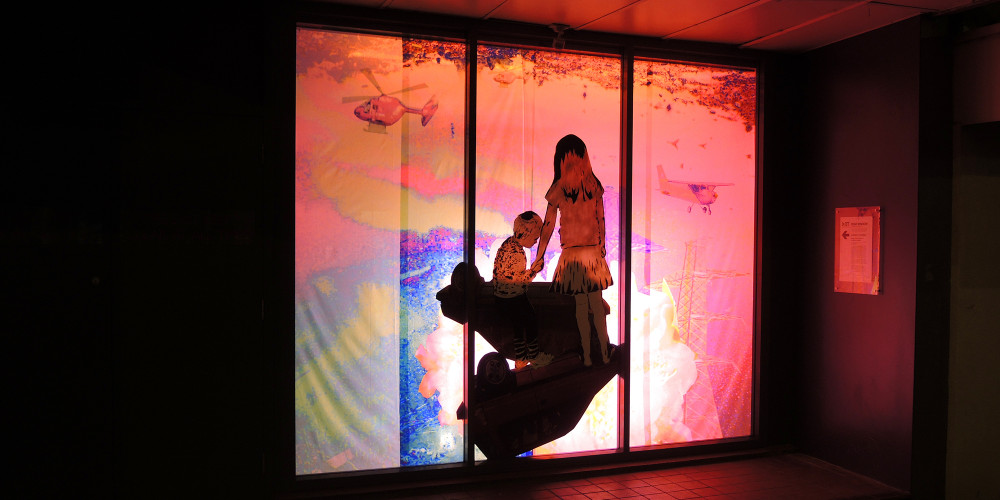 Aroha Novak has transformed the Gallery’s Rear Window space into a luminescent hyperactive lightbox named after the 1980s rock ballad ‘Sweet Child O’ Mine by Guns n’ Roses – a song that describes the desire to protect childhood innocence. Sweet Child O' Mine consists of numerous layers; at the forefront two young children are stencilled onto the glass suspended in a state of flux between fact and fiction, and more specifically between the past, present and future of Dunedin. The background presents a heavily pixelated landscape, highlighting the use of digital mediums and processes to make the work itself. The landscape is a fusion of industry productivity and progress mixed with the rubble and natural lakes that have formed at the demolition site of an important Dunedin landmark – the Carisbrook Stadium in South Dunedin.

All of the imagery in Sweet Child O’ Mine, from the helicopters to the power lines, were photographed by the artist on the streets of Dunedin and merged together in postproduction. The presentation of the work itself, as a faux advertising campaign, hints at the past by referencing the original use of the D.I.C building as a burgeoning hive of commerce.

Through the variety of mediums and styles Novak combines nature and machine, the derelict and the functional, childhood and adulthood. The bright colours and glowing ambience of the work draws in an audience but the social and political undertones, highlighting what no longer exists, asks the audience to wonder where do we go now? And what do we leave behind for the future generations? A sentiment repeated in the audio that accompanies the work.