The Gallery remains open under COVID-19 Alert Level 2. All visitors to the Gallery must scan/sign-in, wear a mask at all times, and respect the 2 metre rule. Please note that Playspace, events, and interactive exhibits will only be available at Level 1. 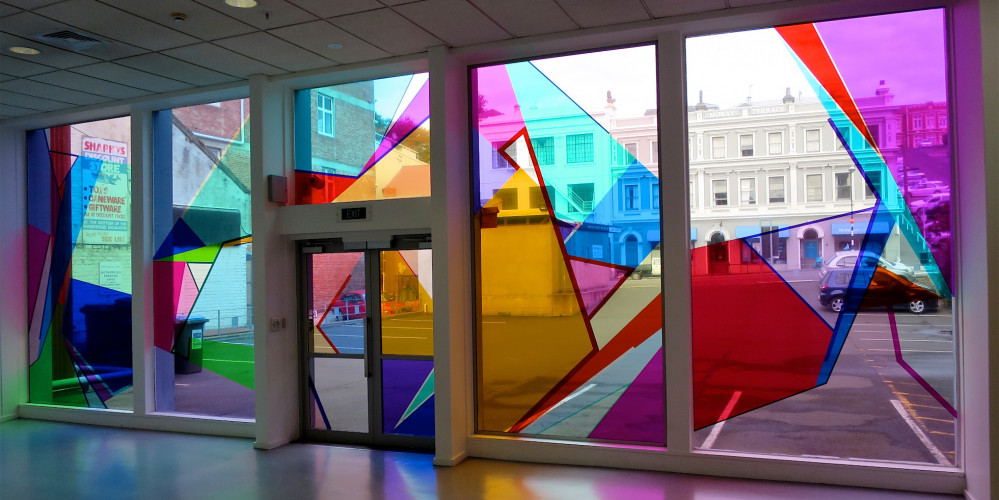 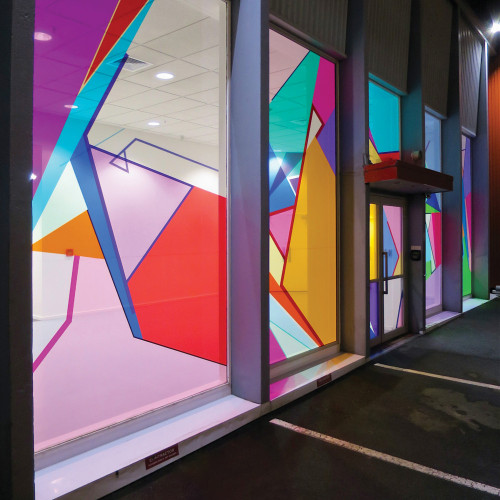 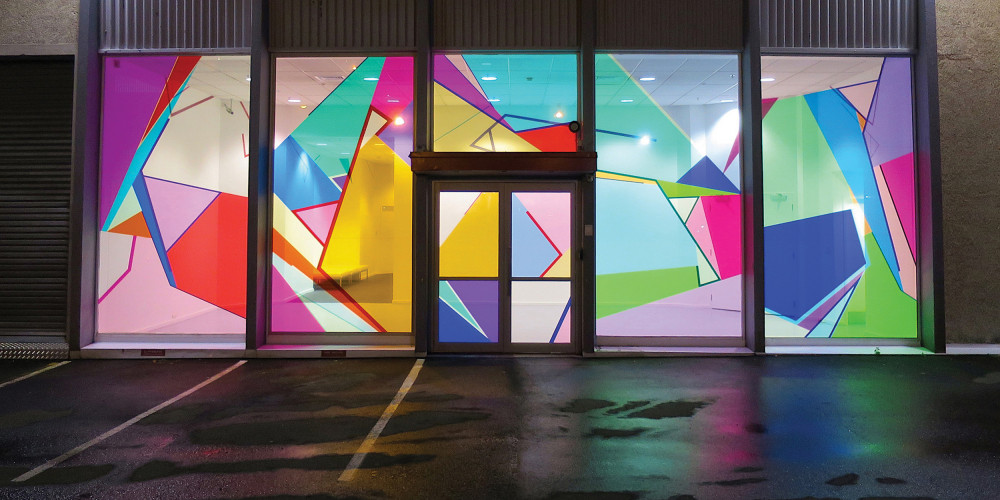 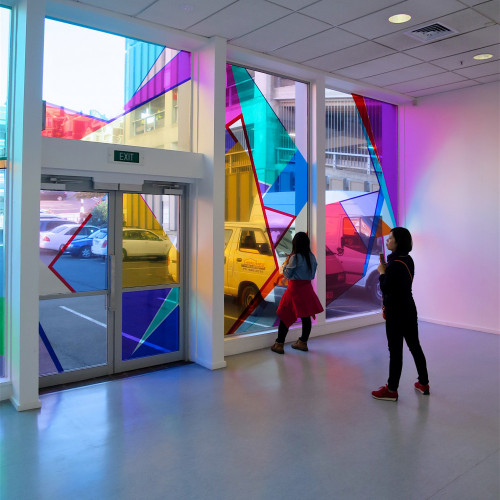 Shannon Novak is a visual artist and a musician, and his work reflects his own experiences of synaesthesia – a perceptual disposition in which one sensory response triggers another (for example a visual experience triggering an associated colour or sound).  In 2017, he worked with Dunedin Public Art Gallery to create The Expanded Gallery, a series of interconnected art works that extended beyond the physical boundaries of the gallery to create different layers of experience and encounter across multiple sites.

Arrhythmia(2017) sat at the heart of The Expanded Gallery. The series of abstract forms were composed by Novak as a visual response to the gallery environment. The dynamic relationship between shapes and colours are amplified by the introduction of natural light, the composition seeping across the windows and casting its reflection across the adjacent floor area.  In the original form of The Expanded Gallery, a layer of digital information was placed over specific elements of Novak’s composition, accessed via an augmented reality app on a tablet or smartphone.  Additional works were placed within the central city, and at remote locations relating to the gallery’s community of supporters and visitors.  As each layer of the art work was experienced, the viewer became part of an interconnected series of encounters that elegantly unfolded across physical and digital spaces. Now Arrhythmia operates as a trace of the wider project, remaining connected to other parts of the project through established links to people and places in the Dunedin community.