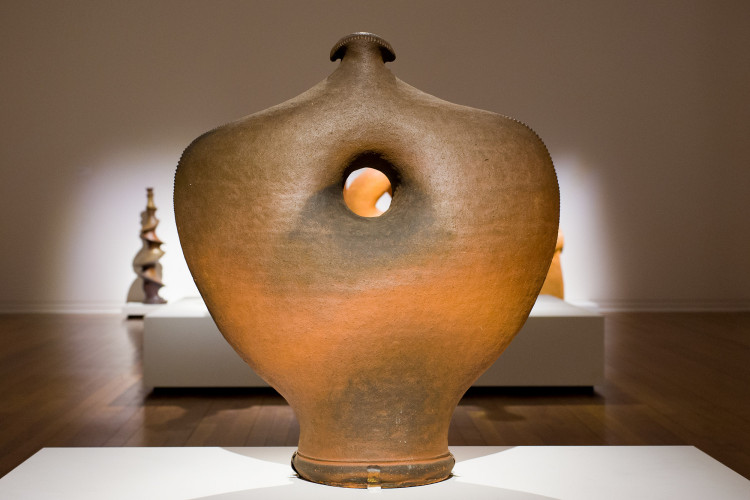 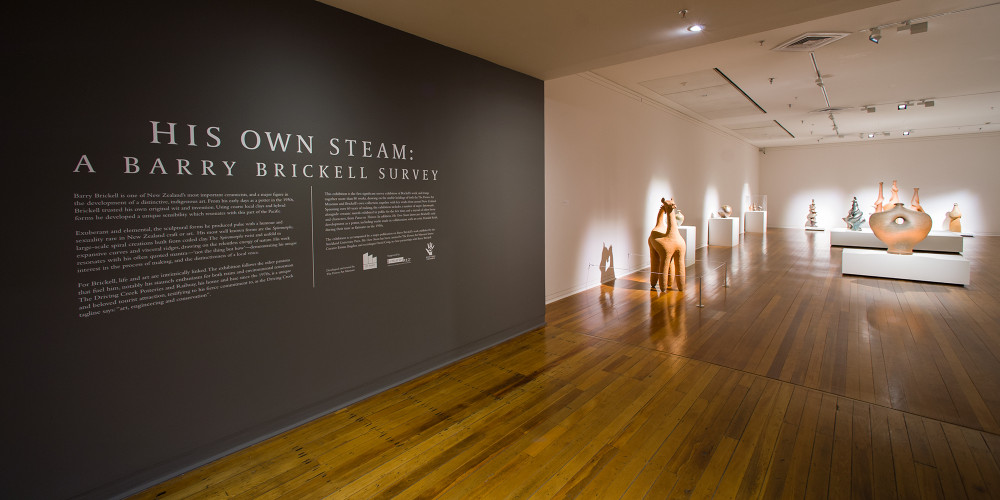 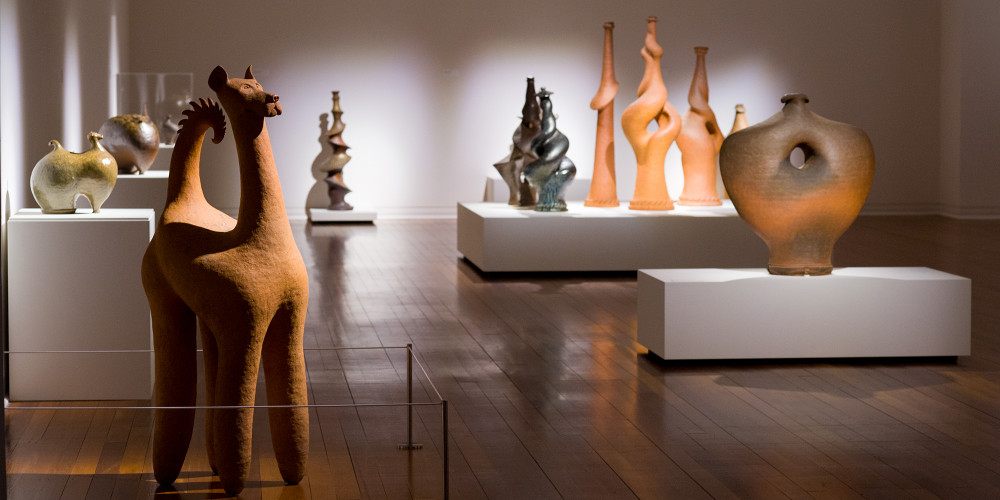 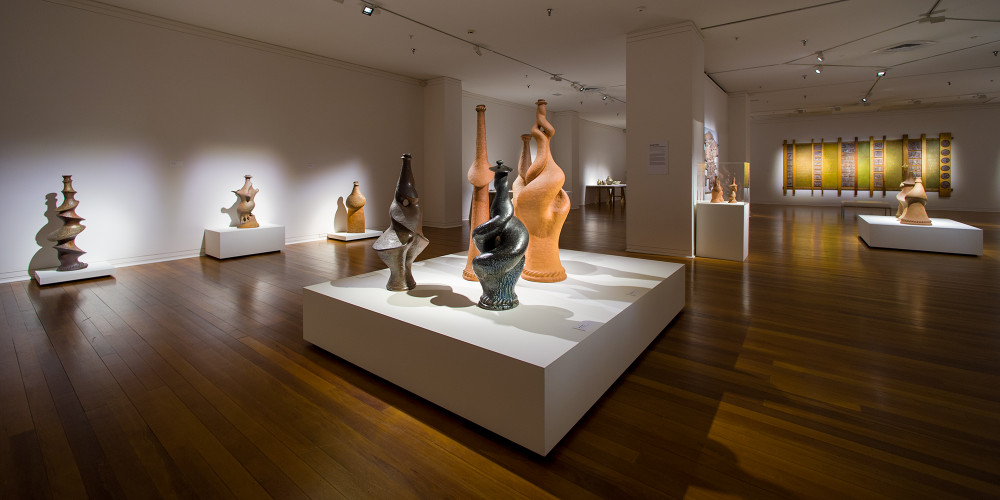 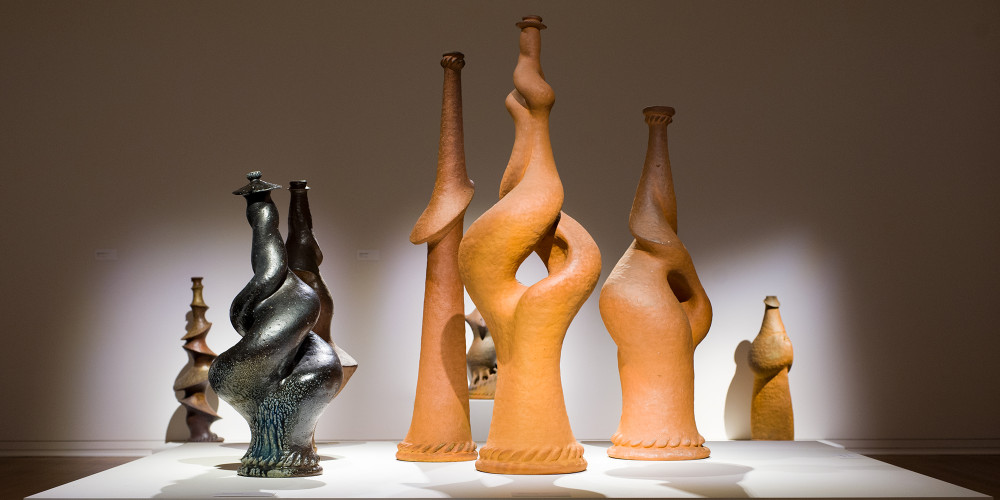 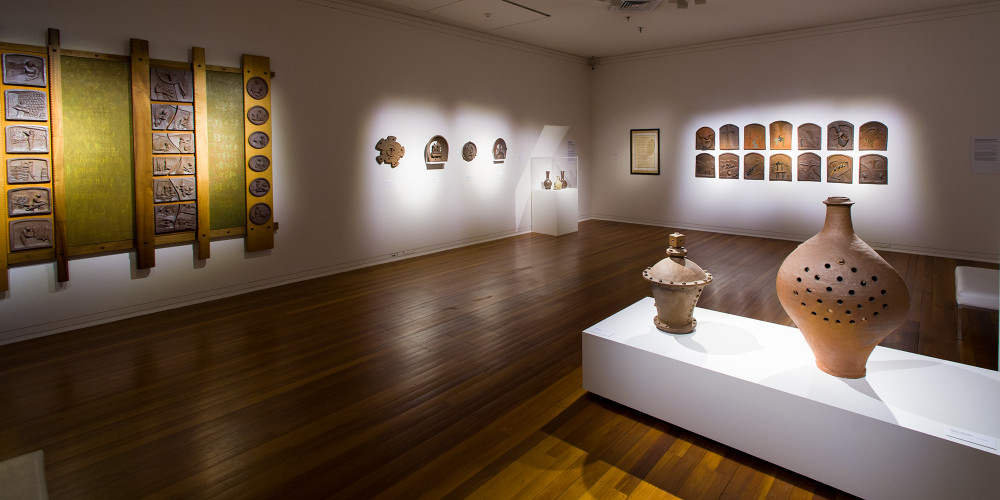 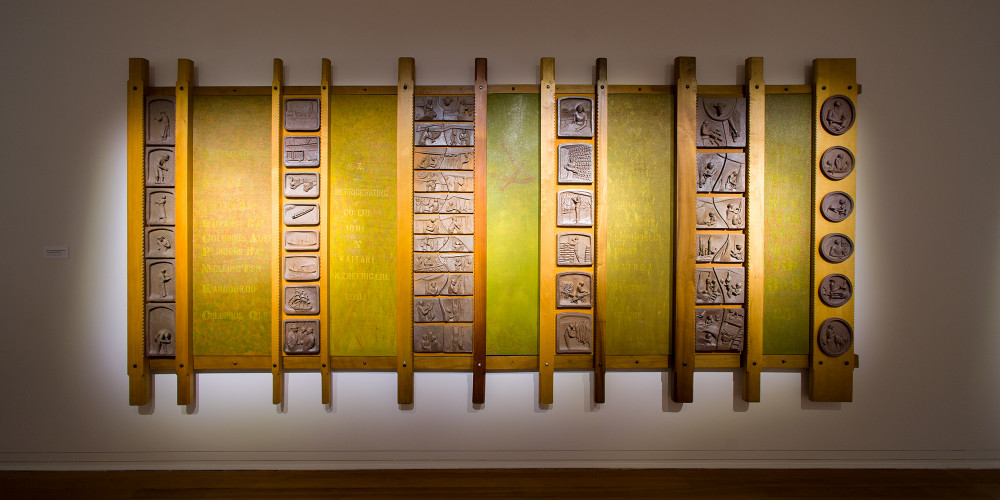 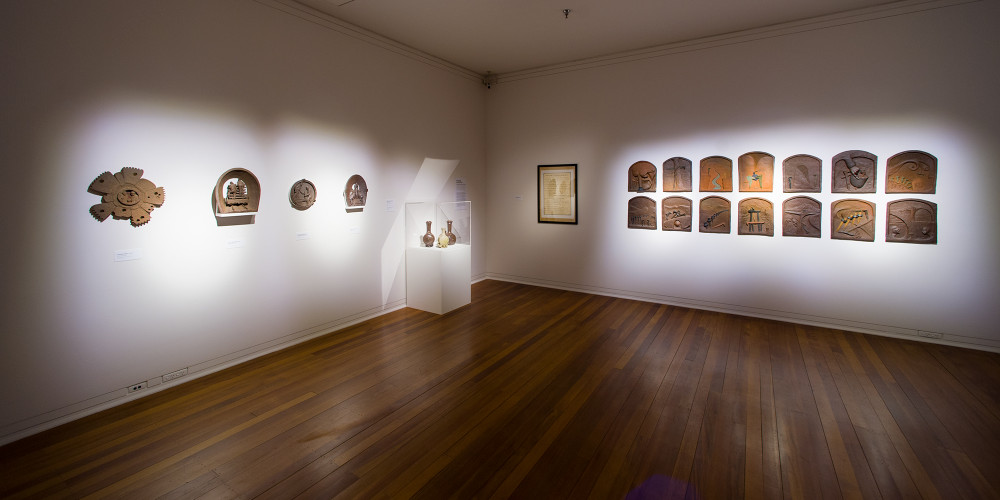 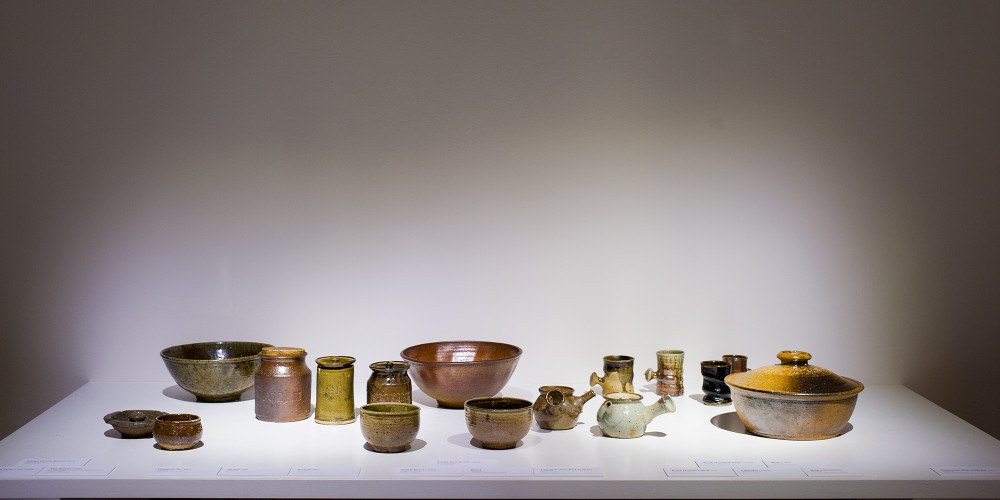 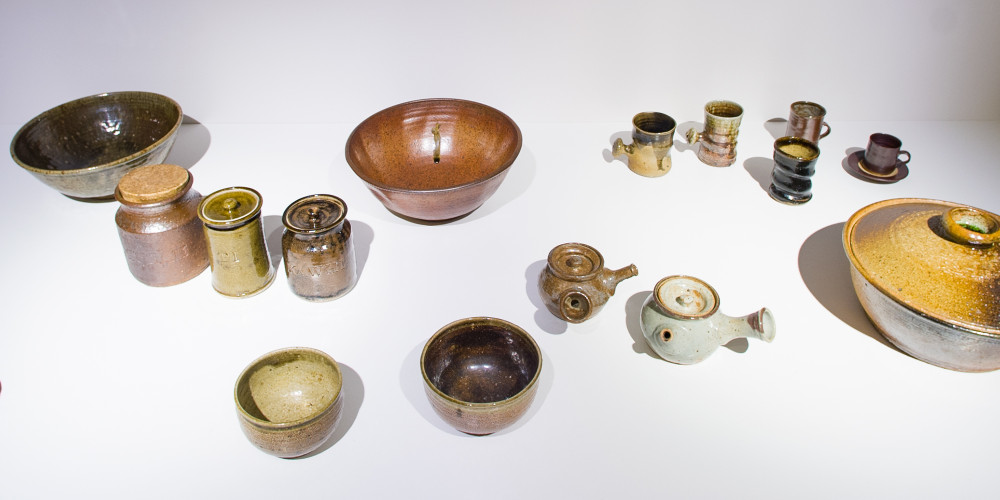 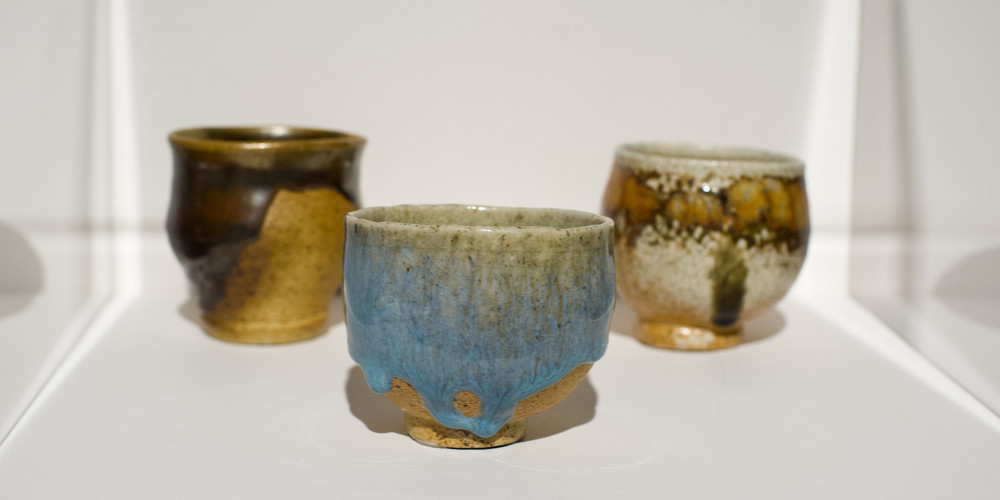 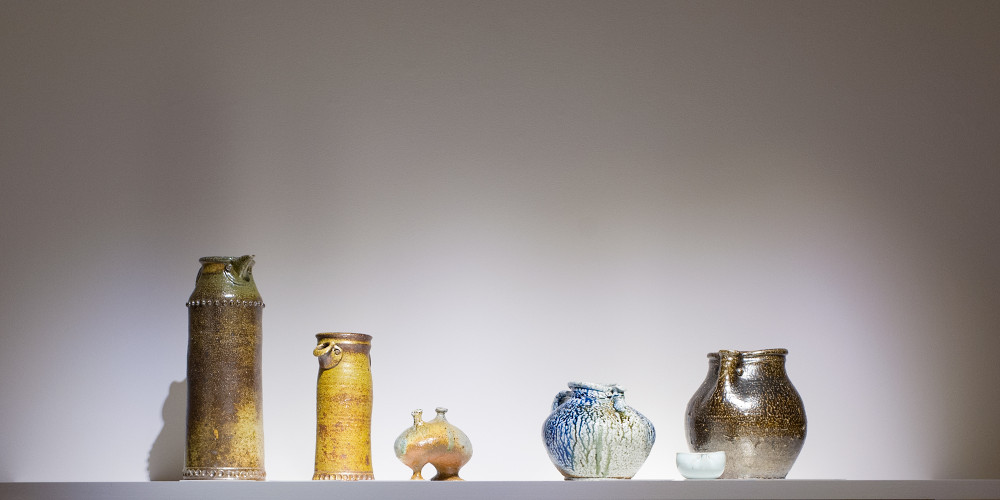 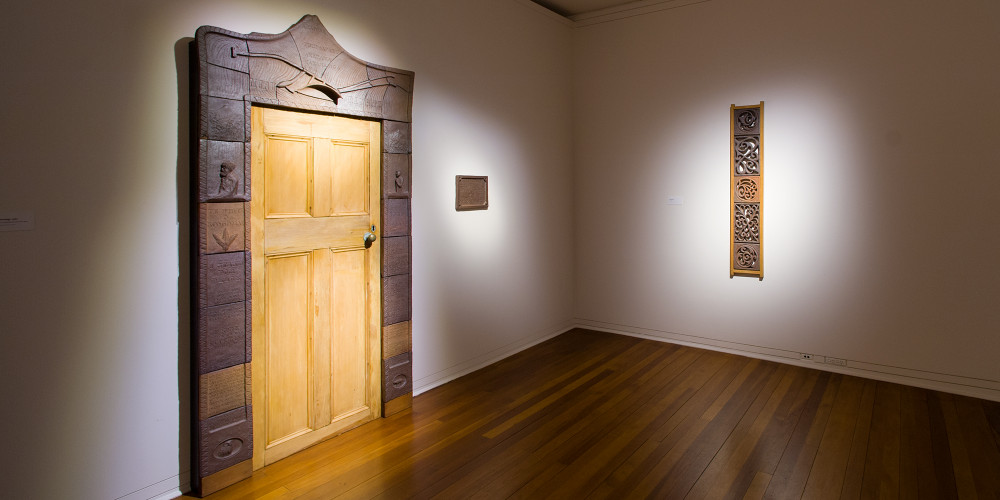 A tribute to one of New Zealand's most important potters: Barry Brickell. His Own Steam is the first significant survey exhibition of Brickell's work, featuring over 100 pots and several ceramic murals. The works are drawn from both the sizeable holdings of The Dowse Art Museum and Brickell’s own collection, together with key pieces generously loaned from throughout New Zealand.

Barry Brickell is one of New Zealand’s most important ceramicists, and a major figure in the development of a distinctive, indigenous art. From his early days as a potter in the 1950s, Brickell trusted his own original wit and invention. Using coarse local clays and hybrid forms he developed a unique sensibility which resonates with this part of the Pacific.

Exuberant and elemental, the sculptural forms he produced pulse with a humour and sexuality rare in New Zealand craft or art.  His most well known forms are the Spiromorphs, large-scale spiral creations built from coiled clay. The Spiromorphs twist and unfold in expansive curves and visceral ridges, drawing on the relentless energy of nature. His work resonates with his often quoted mantra—‘not the thing but how’—demonstrating his unique interest in the process of making, and the distinctiveness of a local voice.

For Brickell, life and art are intrinsically linked. The exhibition follows the other passions that fuel him, notably his staunch enthusiasm for both trains and environmental restoration. The Driving Creek Potteries and Railway, his home and base since the 1970s, is a unique and beloved tourist attraction, testifying to his fierce commitment to, as the Driving Creek tagline says: “art, engineering and conservation”.

This exhibition is the first significant survey exhibition of Brickell’s work and brings together approximately 50 works, drawn from Brickell’s own collection, together with key works from around New Zealand. Spanning over 60 years of making, the exhibition includes a number of major Spiromorphs, alongside ceramic murals exhibited in public for the first time, and a myriad of other forms and characters, from Fatsos to Thinsos. In addition, His Own Steamshowcases Brickell’s early development as a potter, including works made in collaboration with art critic Hamish Keith, during their time as flatmates in the 1950s.

The exhibition is accompanied by a major publication on Barry Brickell’s work, published by the Auckland University Press. His Own Steam has been curated by Dowse Art Museum Senior Curator Emma Bugden and sociologist David Craig, in close partnership with Barry Brickell.

This exhibition is developed and toured by The Dowse Art Museum and Creative New Zealand.