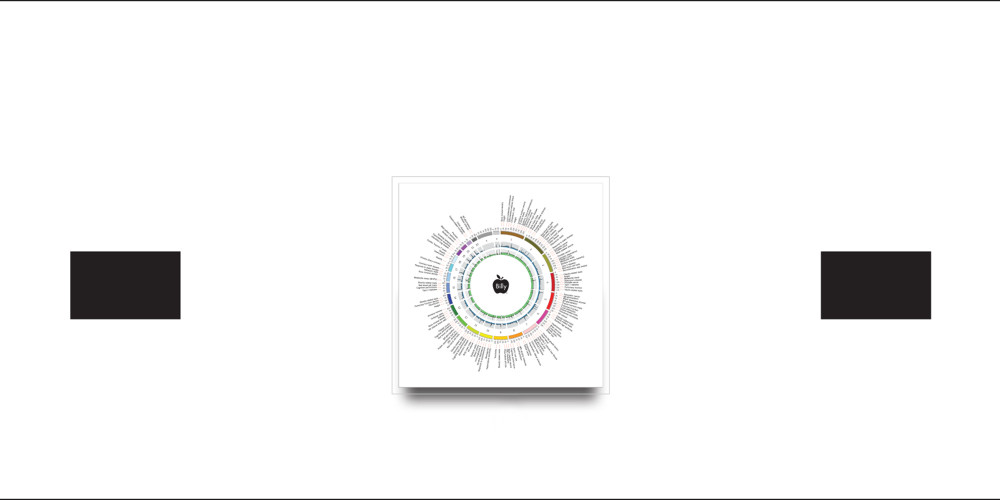 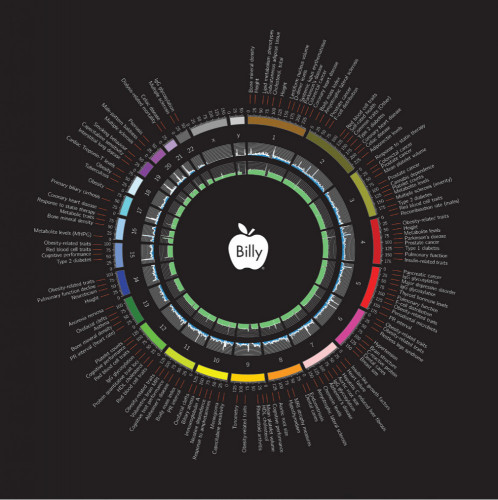 The Analysis of Billy Apple's Genome

Rapid advances in molecular and cellular biology are increasing both our understanding of life, and our ability to adjust it. The promises of scientific research quickly transform in our minds into the stuff of dreams – a means of preventing illness, side-stepping fate, or achieving immortality. As these dreams transform into some semblance of reality, the need arises for genuine debate and understanding of the implications of scientific and technological advances.

Placing science and art in a two-way conversation, Billy Apple and Craig Hilton have embarked on an ongoing collaboration that uses art as a way of considering some of these complex issues. In this latest iteration, the public is presented with The Analysis of Billy Apple’s Genome – a Circos diagram that presents Apple’s personal information first made available in 2014 following the sequencing of his genome by New Zealand Genomics Limited at the University of Otago. Alongside sits I Consent (2009), which quotes from the National Ethics Approval form, where the artist grants permission for the unrestricted use of his biological material for research. Totality (2016) uses Hilton’s text to signal the advent of big data. Together these works begin to ask questions about the future of genetic information: how it is stored, accessed, controlled or made public; and the ethical, social and cultural considerations that come to the fore.

This project is predicated on the donation of Apple’s somatic (body) cells in 2009, and has manifested over subsequent years as a series of art projects.  The Immortalisation of Billy Apple® (2010) publically presented Apple’s cells, which had been virally transformed at the School of Biological Sciences at the University of Auckland on 4 September 2009 so that they are able to live in perpetuity given the correct environmental conditions. In 2012, Auckland University sent this cell line to American Type Culture Collection, the world’s premier biological culture repository, making the Billy Apple® Cell Line available for research that has relevance to both scientific and cultural communities. Through art, Apple and Hilton’s collaboration offers a unique opportunity to consider both the potential and the implications of this fast-changing area of science and technology.