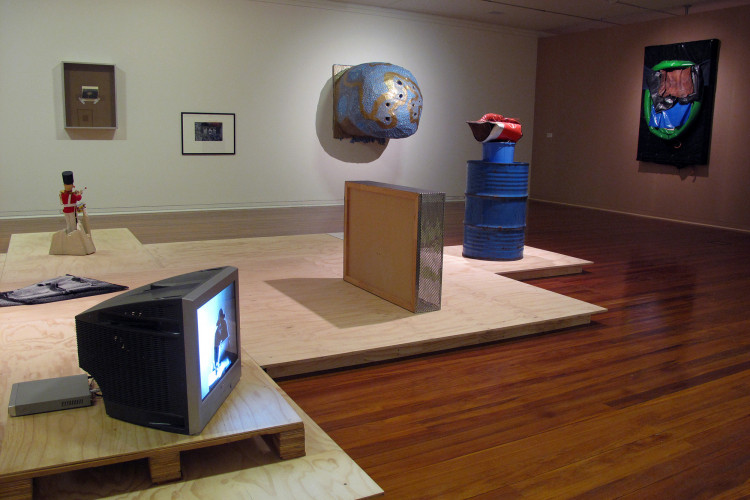 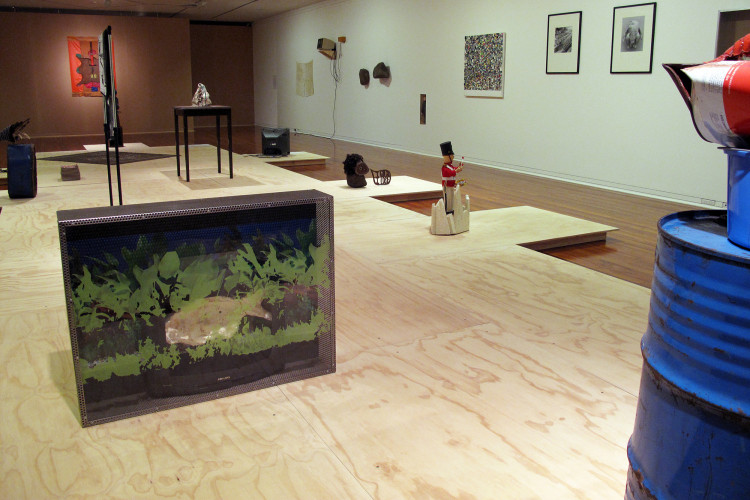 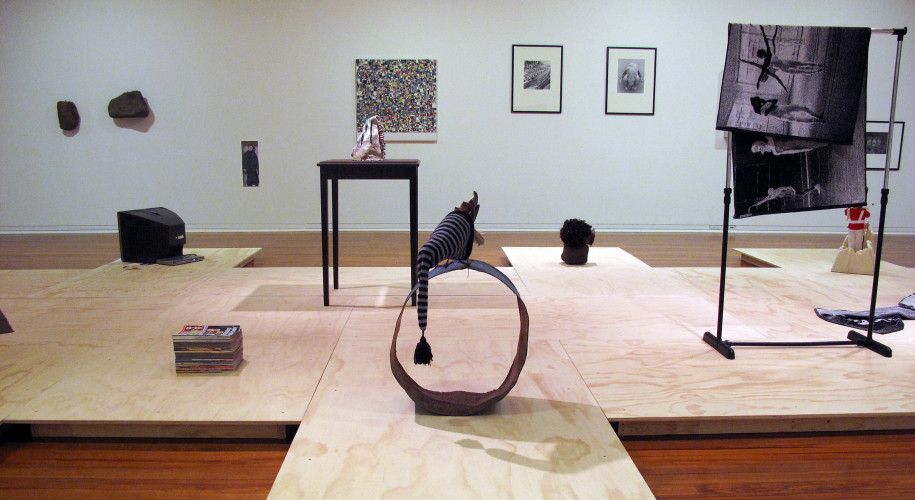 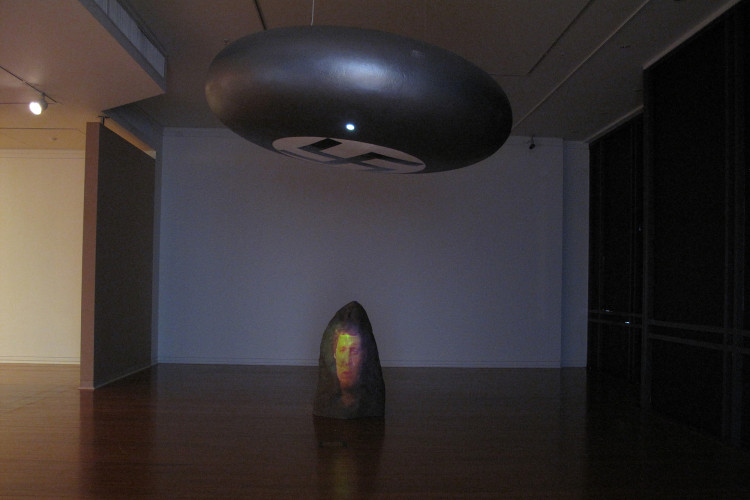 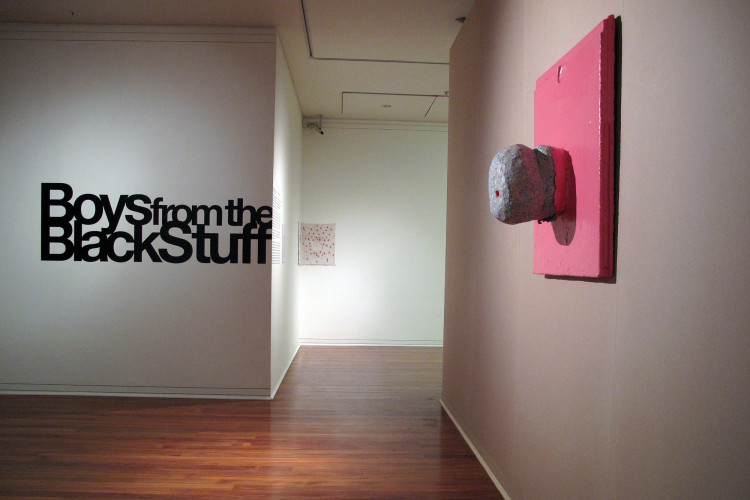 Boys from the Black Stuff

“Beautiful as the chance encounter, on an operating table, of a sewing machine and an umbrella.” Comte de Lautréamont

Boys from the Black Stuff brings together a selection of artworks from the Gallery's permanent collection alongside short and long-term loans. Paying particular attention to a nucleus of contemporary New Zealand artists who have employed humour as a means to disturb, unnerve and raise questions about art's place, value and authenticity, this exhibition promises to surprise, as it slowly changes and evolves over the duration of its life.

At its core, this exhibition plays host to and celebrates a group of artists from the Jim Barr and Mary Barr Collection. Built into this project's mainframe, particularly the selection and layout, is that it will be subject to change. Over time the initial curatorial perspective will be brought into question by co-opting other arts voices to undertake an exhibition ‘re-jig’ – the guests having their say about the layout, and even introducing new works and artists. In some instances, the traces of the previous layout and presentation will be obvious, with marks identifying where former works sat, left behind or highlighted, as an evidential trail of aesthetic change.

The first version of Boys from the Black Stuff is therefore, the manifestation of a conceptual and physical template; a curated show, featuring a group of artworks by artists and their associated collectors, which in turn will be obviously and deliberately altered, by some of those very same artists and collectors.

The notion of a flexible framework is embodied by the provisional plywood ‘island’ floor, which is used as a temporal stage for sketching a range of different artwork combinations, and as the site for retracing the evolution of the show. This mutability is echoed in the physical transformation of the Gallery space. Having gutted the walls for the previous installation Pathway to the Sea – Aramoana, the space has been exposed and some of its rawness left visible, rather than seamlessly disguised as is the Gallery’s usual practice. The texts that accompany the different artwork combinations also feed into and support this approach, by providing the parameters to understand the seemingly eclectic mix of elements rather than a fixed view of interpreting the work that populates the “operating” room.