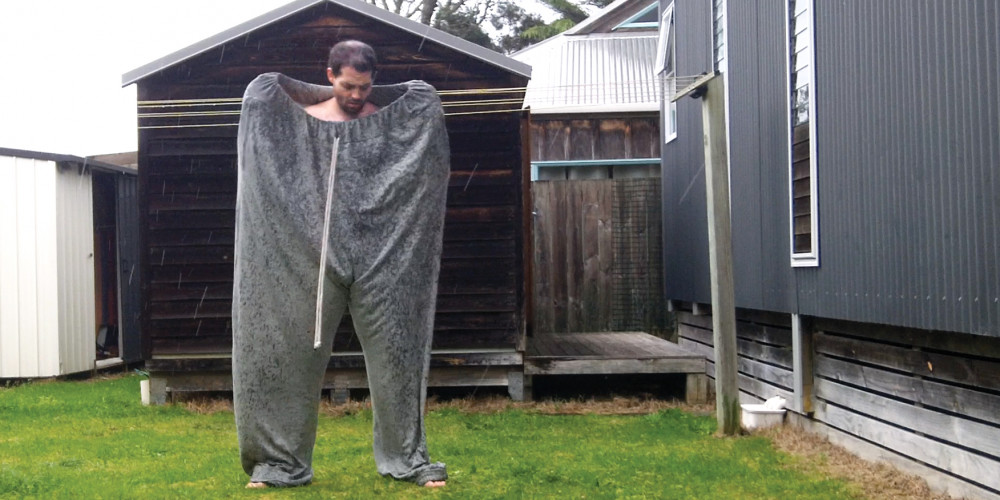 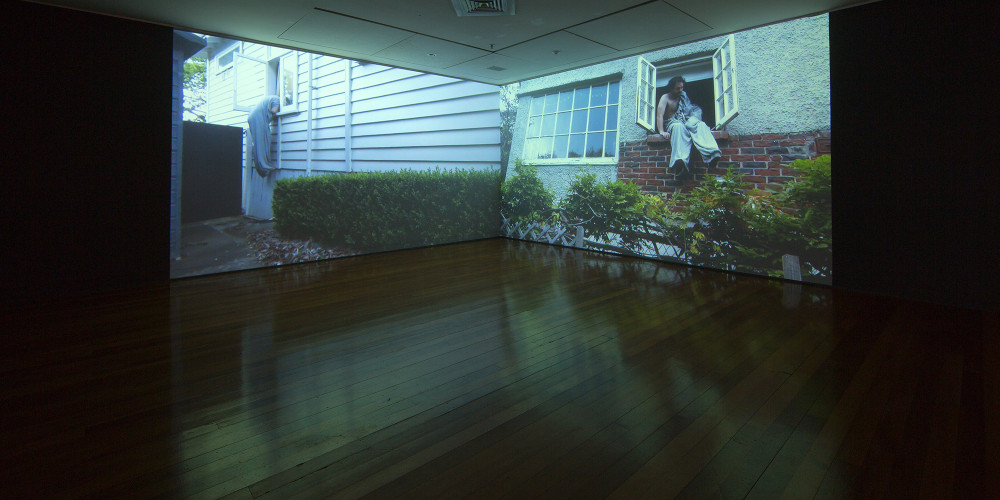 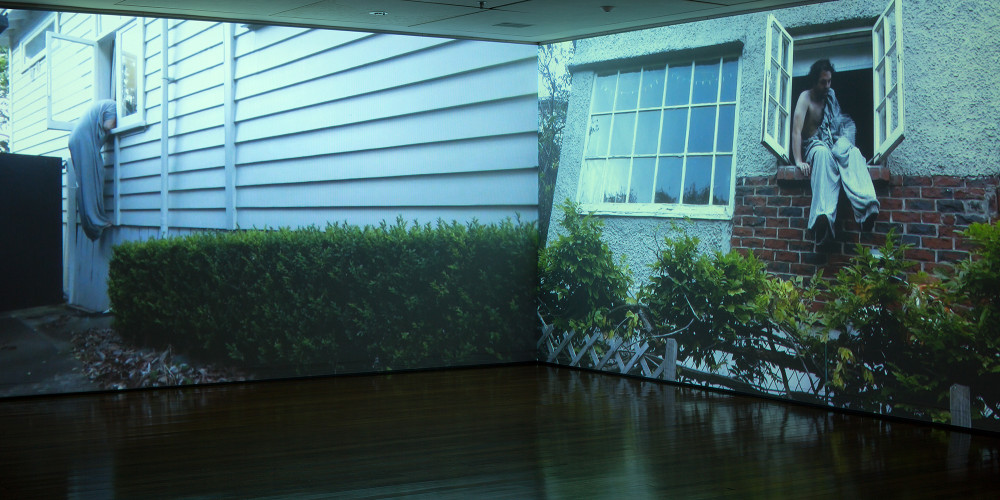 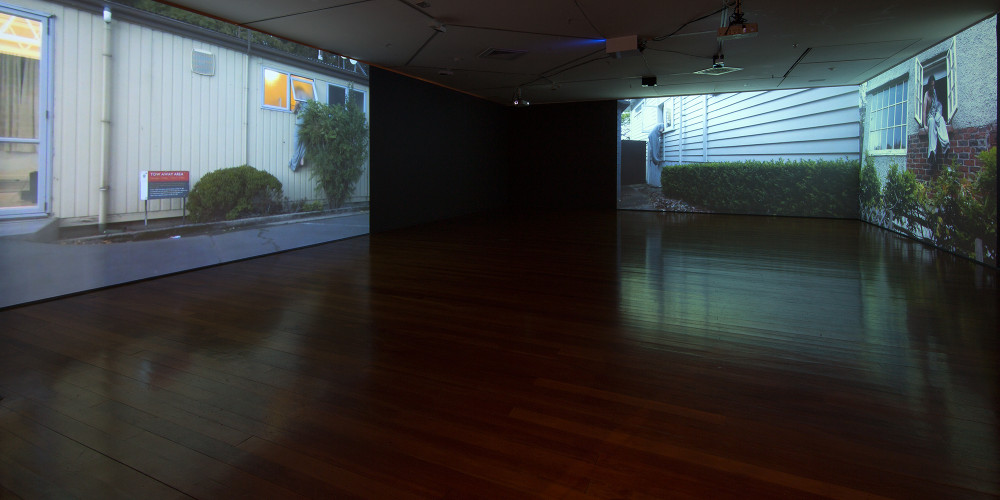 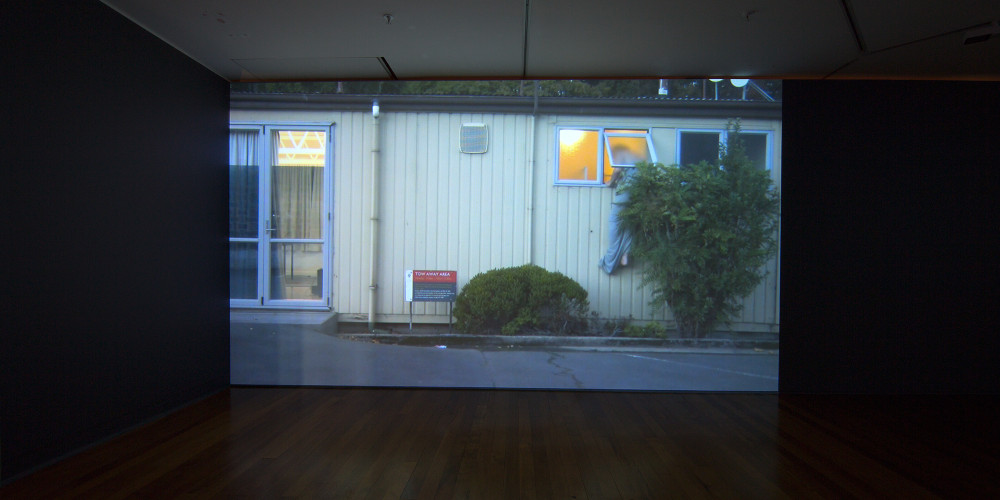 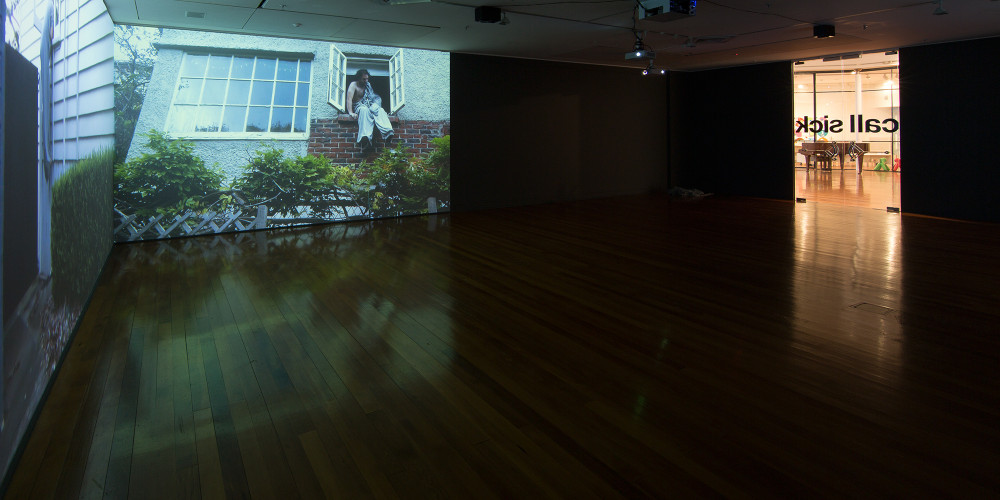 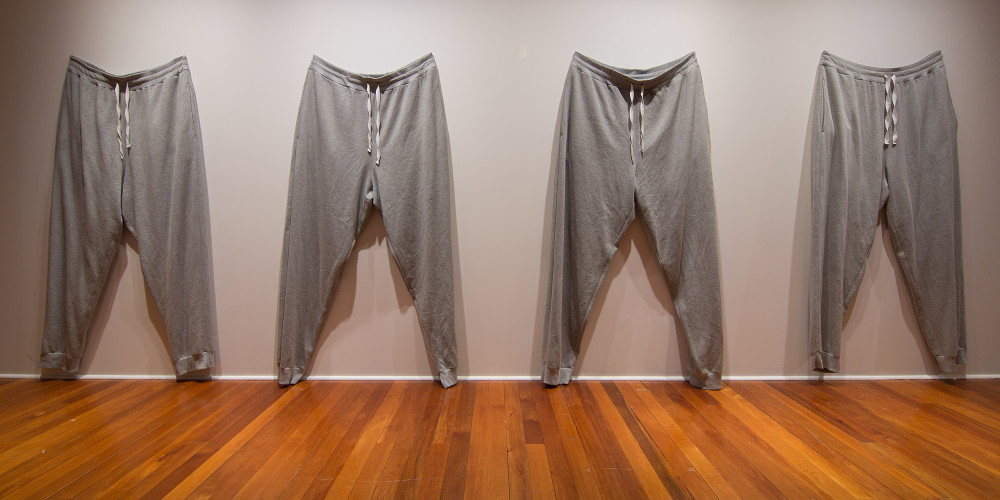 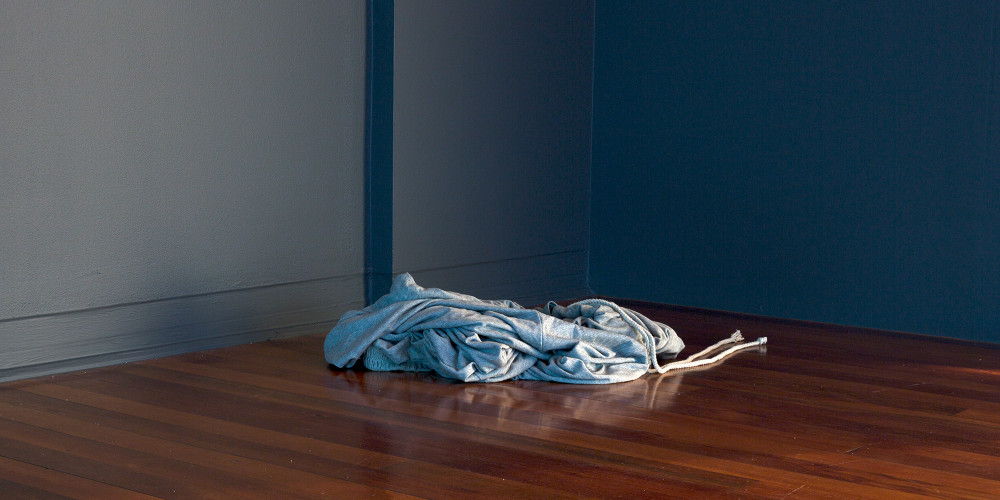 Some days the desire to escape is overwhelming. Swaddled in your bed sheets, all responsibilities muffled by their softness, the prospect of writing off the day is a sweet surrender.

In this exhibition, Campbell Patterson wallows in this peculiar pleasure of the sick day – the kind taken when you are not actually sick. Created during the first four months of his time in Dunedin as the Frances Hodgkins Fellow, these two bodies of work both take the notion of the sick day as a starting point, variously inciting the futility of the escape and the redolence of the ensuing sleepy, stolen day.

call sick 1, 2, 3 and 4 are hung as objects on the wall (located in the gallery space adjacent to the ground-floor lift). Cartoonishly enlarged, these four pairs of trackpants have taken on a unique patina – a veneer slowly acquired through gentle wear, having spent around 5 weeks in the artist’s bed, worn as pyjamas. Saggy and pilled, the pants have been altered through wear; gradually coated in the benign detritus of a sleeping body.

Trackpants also function as a prop worn by Campbell throughout his video series escape 1, 2, and 3, on view in the BNZ Gallery. In this performance, the costume serves to heighten the difficulty and absurdity of each escape. Through gratuitous repetition and with unwavering solemnity, Campbell creates space for something special in the mundane – suggesting that escape or transcendence might be located somewhere between the silly and sincere.

Campbell Patterson was born in Portsmouth, England in 1983. He graduated with a BFA from University of Auckland’s Elam School of Fine Arts in 2006, was awarded the Artist in Residence at McCahon House in 2015. He is the current Frances Hodgkins Fellow at the University of Otago.