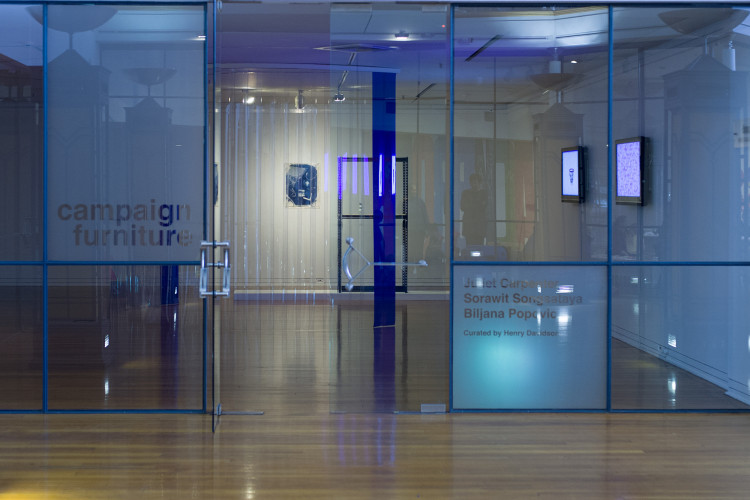 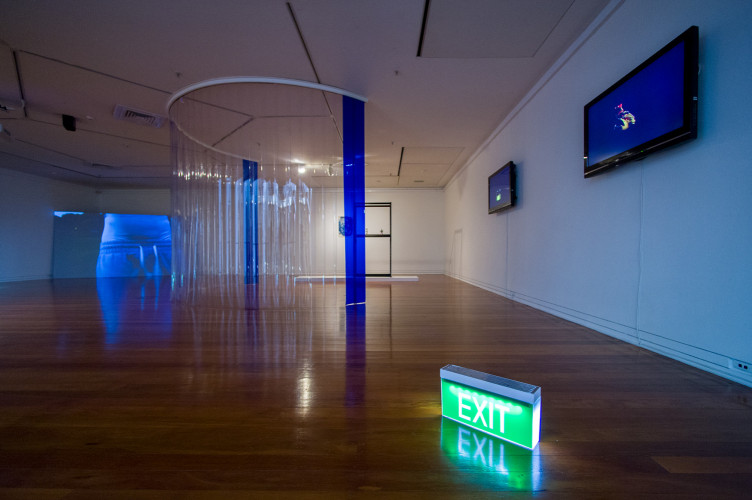 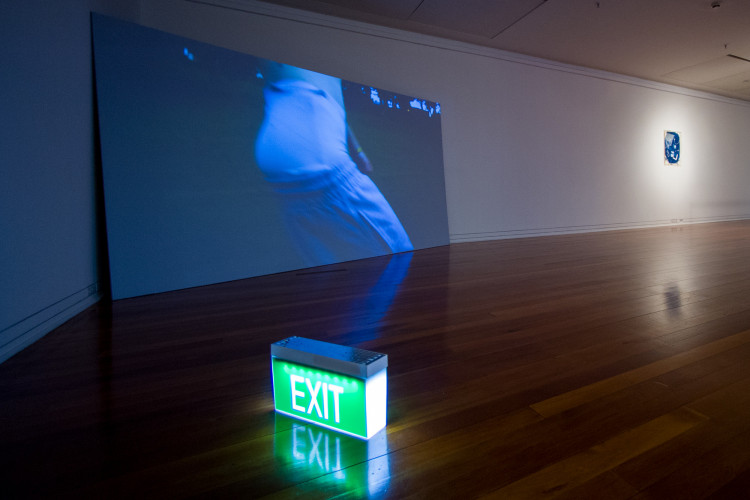 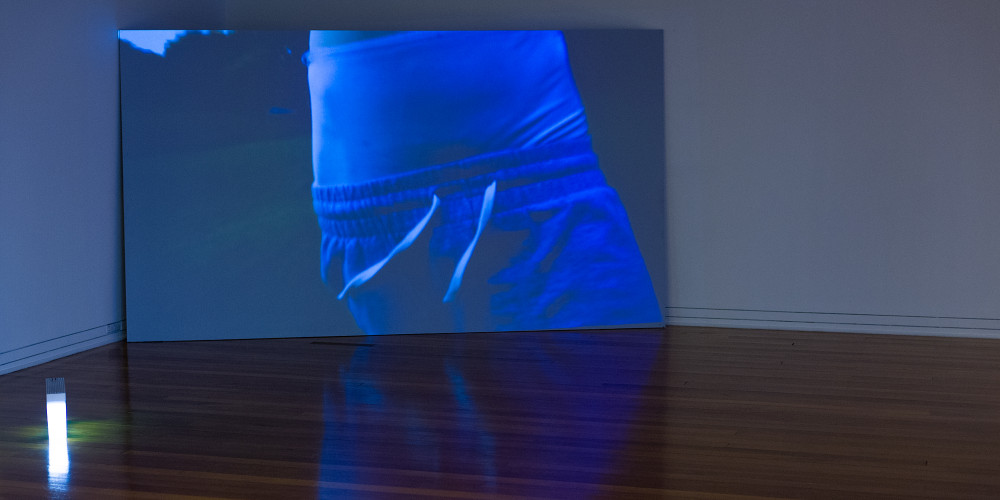 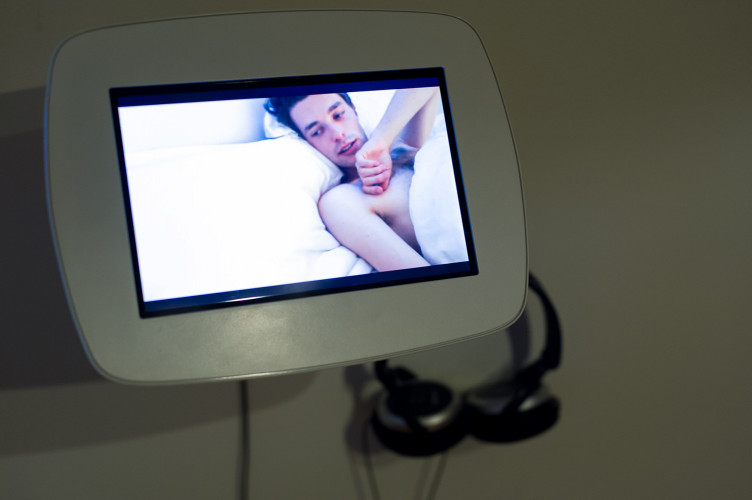 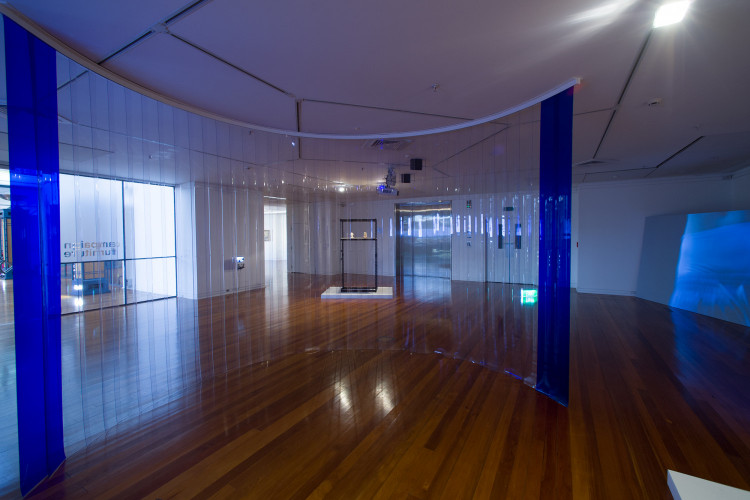 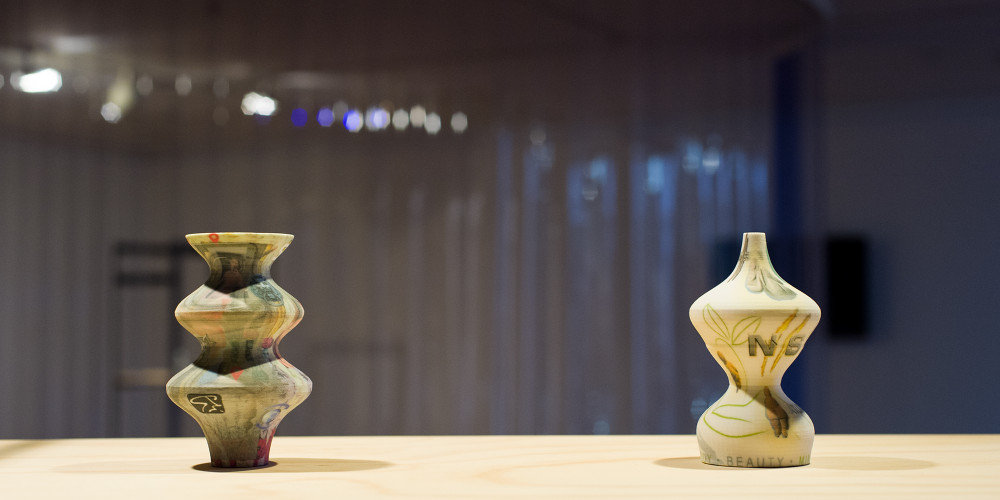 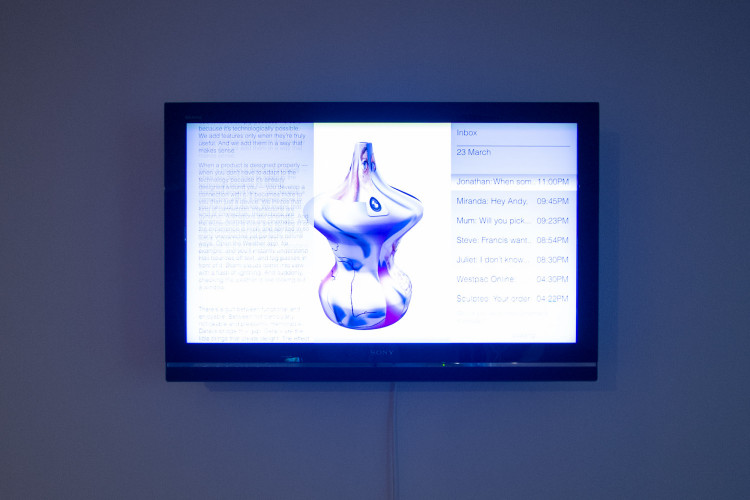 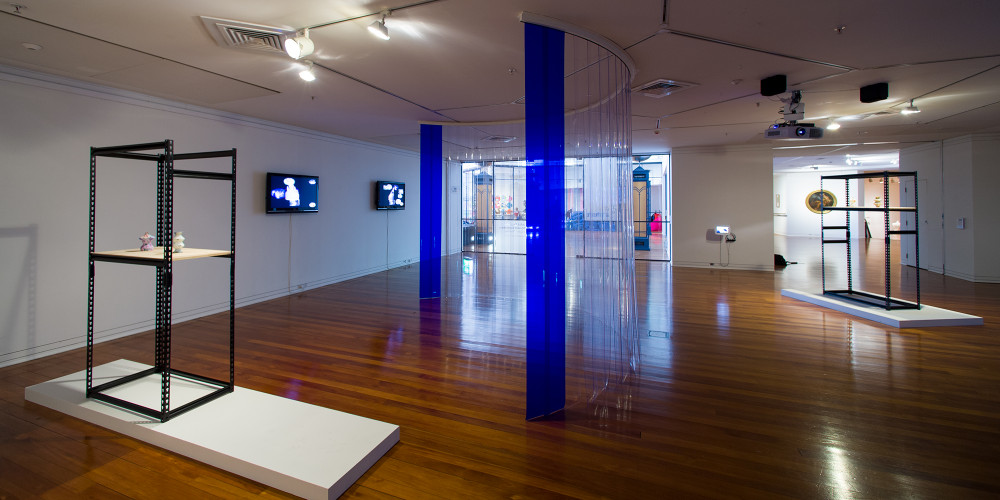 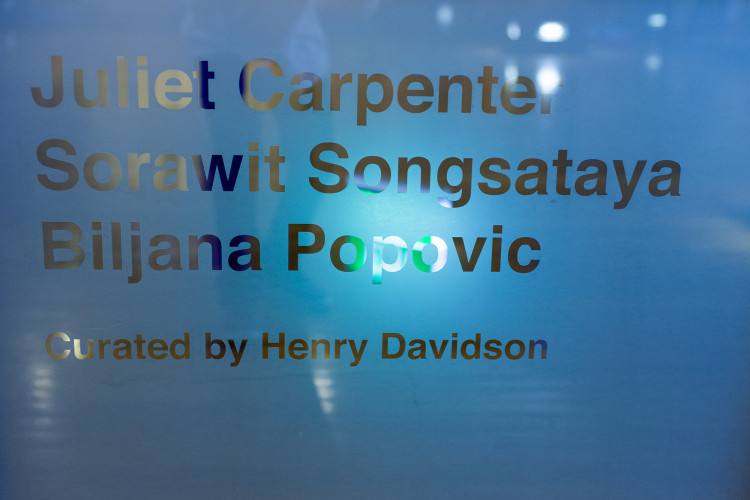 Taking the Dunedin Public Art Gallery’s Decorative Arts Collection as its departure point, this exhibition features new work by three emerging artists and explores how the decorative sits in relation to the contemporary and how material embellishment figures in a moment often characterised by the digital. Curated by Henry Davidson, the 2013/2014 Creative New Zealand Curatorial Intern in Contemporary Art.

Taking the Dunedin Public Art Gallery’s Decorative Arts Collection as a departure point, Campaign Furniture invites you to consider the nature of the decorative arts through new, contemporary artworks by a group of emerging artists. Decorative art is a term for the design and manufacture of functional objects, often categorised in opposition to the ‘fine arts’, which might be characterised as having no function other than to be seen. Campaign Furniture explores how decorative objects are also imbued with a redundancy while maintaining a use value that is fluid. The works in this exhibition consider how, like bodies, decorative objects are sites where gender is constructed and performed.  Campaign Furniture also questions how decorativeness manifests in a digital era. In 2014 the decorative arts might be better understood as interior design or seen in the devices and interfaces that help us access the internet or create digital images.

Eclectic and expansive, the decorative arts collection at the Dunedin Public Art Gallery is a unique component of the gallery’s permanent holdings. More like a museum than a gallery collection, it includes clothing, textiles, furniture, ceramics, glass, metal, wood and stoneware.  The title of this show refers to a type of furniture made for travel during military campaigns in the 18th and 19th centuries. By its nature campaign furniture needed to be sturdy, portable and efficient in its breakdown and because of this it gradually gave rise to ‘good’ design in general. In time (and at certain points of time) the ‘look’ of campaign furniture became aesthetically popular.

In this sense Campaign Furniture might be seen as an analogy for the movement of ideas between different worlds. The distinction between decorative and fine arts has essentially risen from the post-Renaissance art of the West. It is much less meaningful when applied to the art of other cultures and periods, where the most highly regarded works often include those in ‘decorative’ media or all works are in such media. However assumptions about and attitudes between the decorative and fine arts continue to inform our relations to objects and our ways of seeing.

The artists in this show resist the common association of the decorative with the feminine by tracing masculinities and male bodies into their works. Juliet Carpenter’s video explores ‘sagging’, a practice where young men wear their trousers in a manner that partially exposes their underwear. Online, ‘saggers’ upload self-made videos to be shared on YouTube. In Half Bianca the layers of fabric that both reveal and conceal denote bodies as decorative sites themselves, as objects to be adorned. Contrasting gruffly spoken script with soulful music the soundtrack helps to divide the work into two distinct sequences. Carpenter obfuscates the differences between historic and contemporary video production by shooting with high definition technology during ‘civil dusk’ when the light is naturally most vivid. Her sun print hanging on the wall further draws out the blue and ultra violet hues that persist throughout the video.

Biljana Popovic’s promotional video of a boy and his dog in a duvet set for the homeware brand HIS directs the exhibition towards a possible target market: the young man. Custom printed with the blue and yellow New Zealand Police car pattern the linens in His Turn Now present everyday banal objects as ornamentation. Similarly her PVC curtain alludes to how the industrial is appropriated by interior design and how the aesthetics of mass production are reified. Along with her exit signs positioned on the floor in a surrealist gesture, the curtain toys with the ways in which the status and purpose of objects can change. In this sense the works in Campaign Furniture explore how objects might be imbued with an agency of their own: an ability to do sorts of ‘work’ on behalf of us and perhaps for themselves too.

In Sorawit Songsataya’s work objects are made and live online as well as IRL (In Real Life). In Cobalt Sun Staffordshire ceramics from the gallery’s collection have been digitised, appearing as hyperreal versions of themselves, advertisements almost, for the collection. Created using an iPad app, his 3D printed vases show how digital technology can give individuals the ability to mass-produce. Acting like screens, the vases host collages of images that seem to be almost streaming content. Placed on display structures on top of display structures, they are both still and moving, inorganic but also alive: smart. Recurring across the pieces are images of men taking ‘selfies.’ Like many of the works in this show, image making in the form of video is presented as a contemporary form of ornamentation. The light that allows videography to take place as well as the eye to function takes centre stage as the most subtle yet most keen example of the decorative arts today.