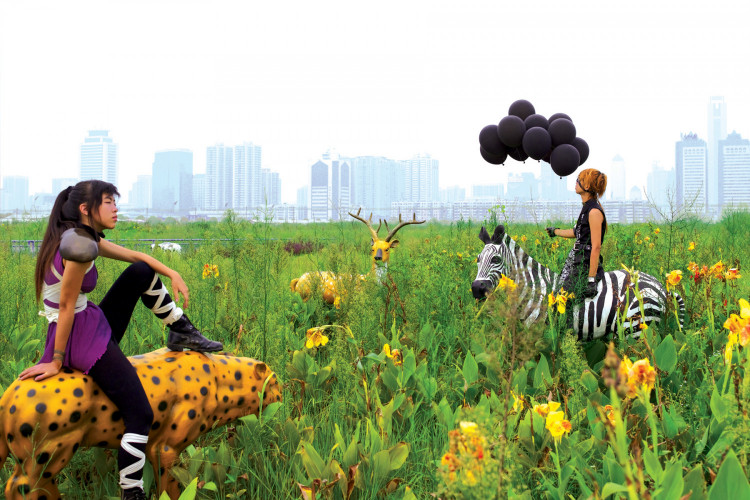 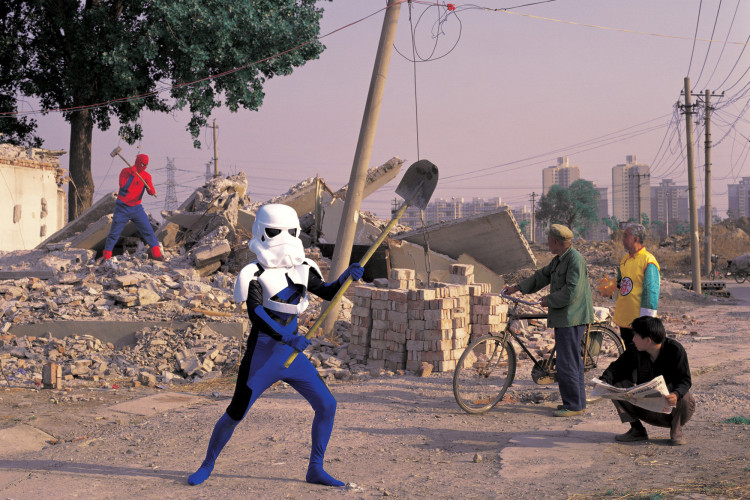 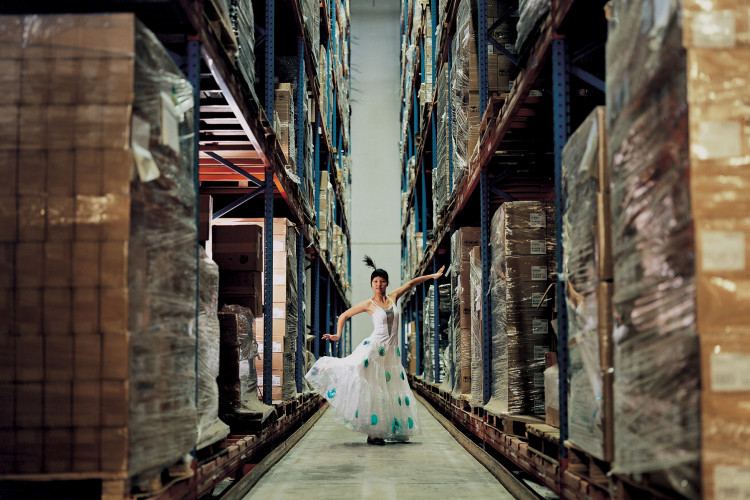 Cao Fei Whose Utopia Video 2006 20mins. My future is not a dream series photography. Courtesy of Vitamin Creative Space 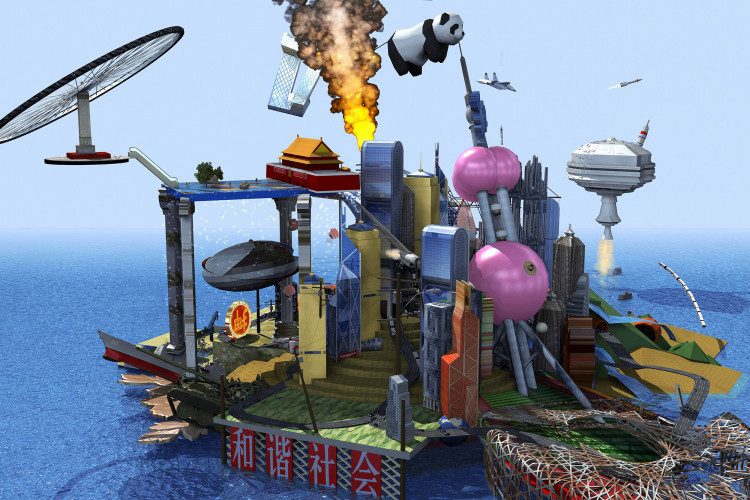 Cao Fei is a key figure within a new generation of Chinese artists that are too young to have had any direct engagement with either the Cultural Revolution or the Tiananmen Square Incident. Her work responds to China’s rapid urbanisation, its giddying pace of social and economic development. It addresses spaces where reality and escapism meet, be they in the streets of Ghangzhou, in a lightbulb factory, or online in Second Life.

Cao Fei first became famous for her video Cosplayers (2004), which documented a subculture where people dress-up in elaborate costumes modeled after those of video-game superheroes, and perform choreographed battles. In the video, their fantasies are played out against the rural outskirts of Guangzhou. Afterwards, they return home to assume their everyday lives: eating dinner, watching TV.

Cao Fei followed up with Whose Utopia (2006), which she filmed in a factory in the Pearl River Delta region, an area which has experienced massive economic growth. Predominantly young factory workers are lured from around the country to work there. Whose Utopia contrasts the harsh reality of their repetitive labor with poetic moments in which they perform as dancers and musicians.

Since 2007 Cao Fei has been working online in Second Life under the guise of her avatar, China Tracy (with her platinum hair and suit of armor). As an online platform, Second Life provides a parallel reality which simulates features of the real world: registered users can purchase real estate, set up businesses, and engage in all manner of virtual interactions. In her ‘documentary’ i.Mirror (2007), Cao Fei provides an introduction to the romance and excess of Second Life.

Cao Fei has continued to develop work in Second Life. She has built a fantastic city—RMB City (2008)—on the Second Life Creative Commons island of Kula. Candy-striped smokestacks suggest continuous industrial production, missiles make unremitting preemptive strikes, and ships move goods swiftly in and out of port. Tiananmen Square is a swimming pool, a huge panda hangs from a crane, and a giant shopping cart, filled with skyscrapers and religious monuments, floats in the harbour. A collusion of communism, socialism, and capitalism—and named after Chinese money—RMB City is a perverse view of Beijing and Shanghai. Like them, it remains constantly under construction.

Cao Fei: Utopia is a joint project with Institute of Modern Art, Brisbane and Artspace, Auckland; curated by Emma Bugden and Robert Leonard.