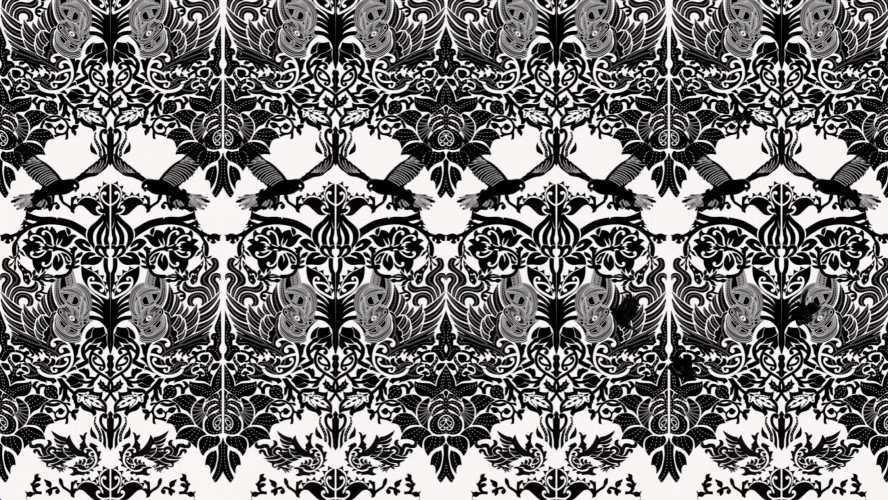 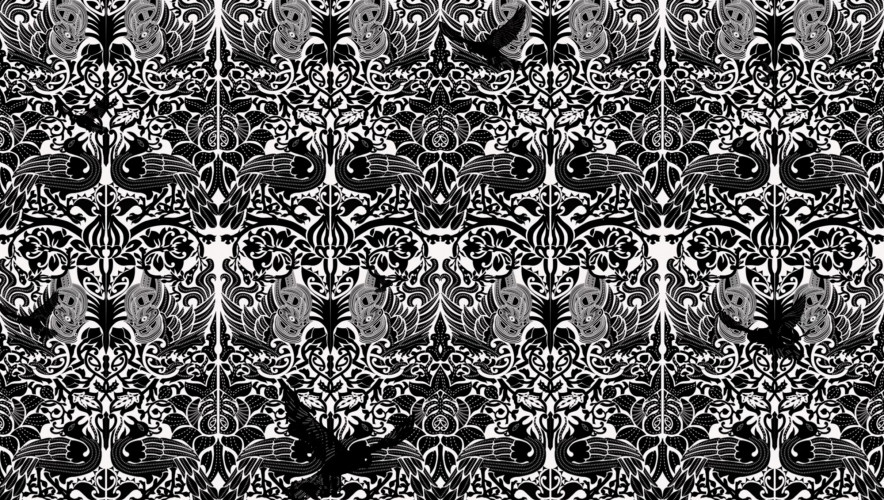 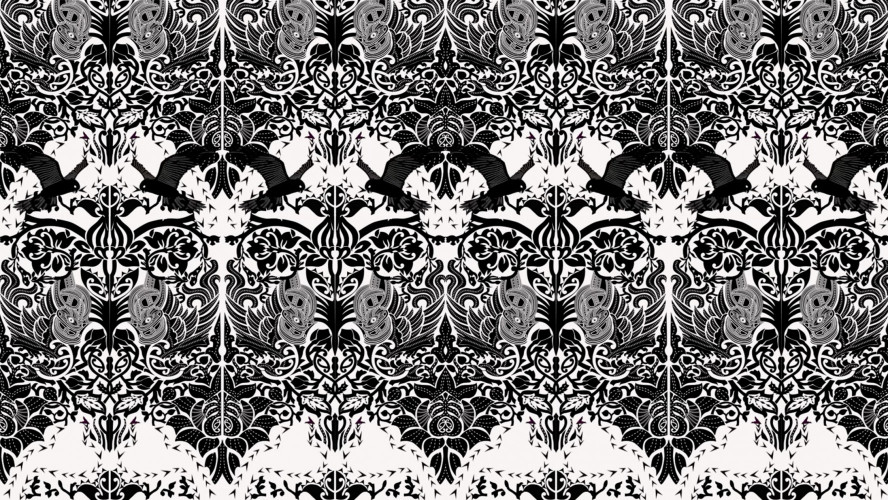 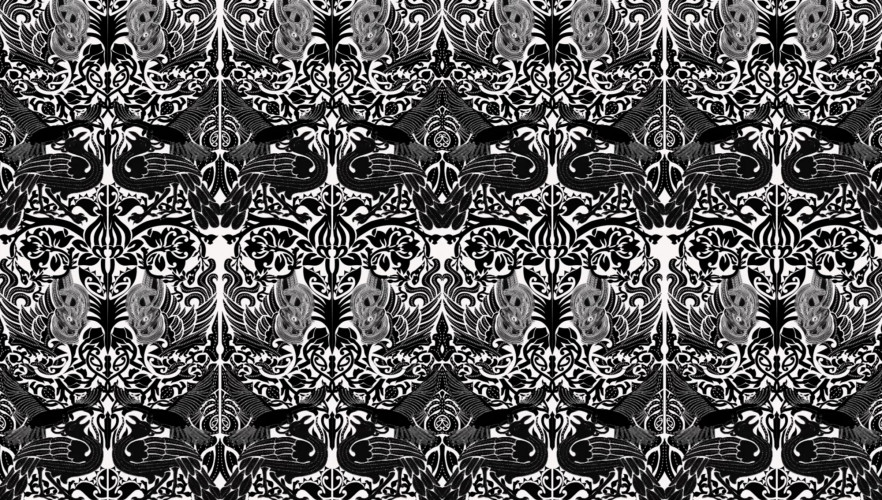 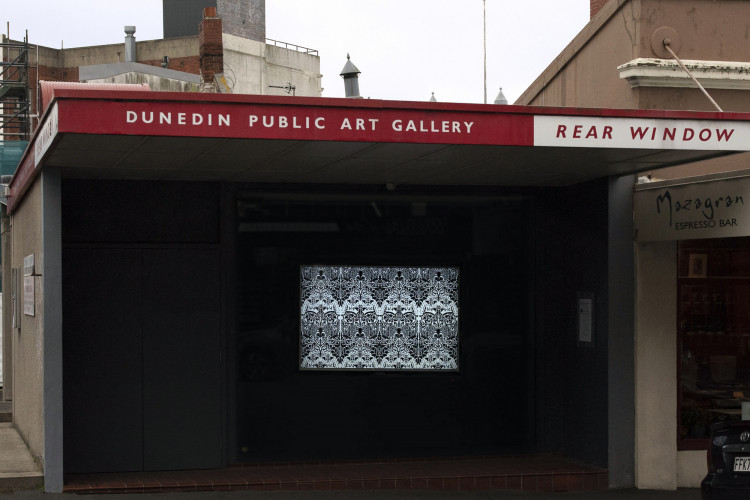 In Kārearea Invasion (2018), kārearea swoop across a wallpapered background, descending suddenly on the peacocks depicted in its patterns. The wallpaper incorporates motifs from both Māori visual culture and design, such as manaia, as well as from the work of William Morris, an English artist, publisher and designer of the Victorian-era Arts and Crafts Movement.

Wallpaper is often designed to merge, almost unnoticed, into the background of a room. The Morris designs depicted in Kārearea Invasion are echoed by the colonial architecture of some of the buildings around the rear window space. The manaia and kārearea act as an assertion of Māori iconography with the work's newfound placement amongst the Ōtepoti architectural and urban environment. For Cecelia Kumeroa, this assertion aims to reestablish the surrounding place as a site of significance for Māori, acting as a challenge to the passing streetscape.

Cecelia Kumeroa (Te Āti Haunui-a-Pāpārangi) is an artist and designer based in Whanganui and her short, animated film Kārearea Invasion is the first in a series of artworks that focus on decolonisation, particularly on how it operates in architectural and urban spaces.