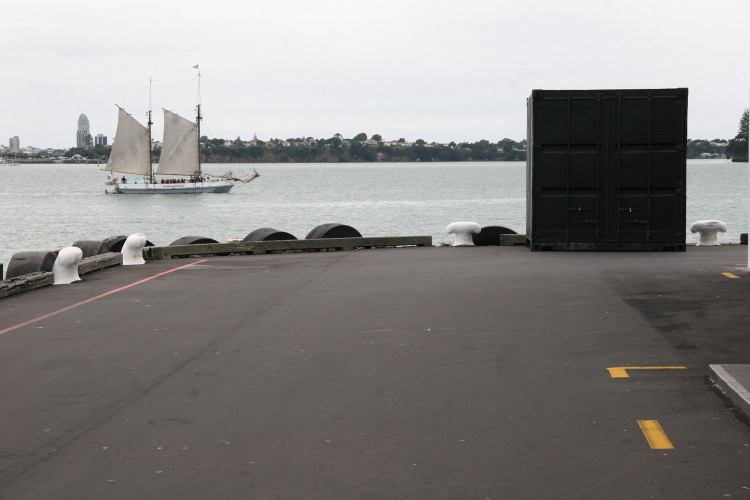 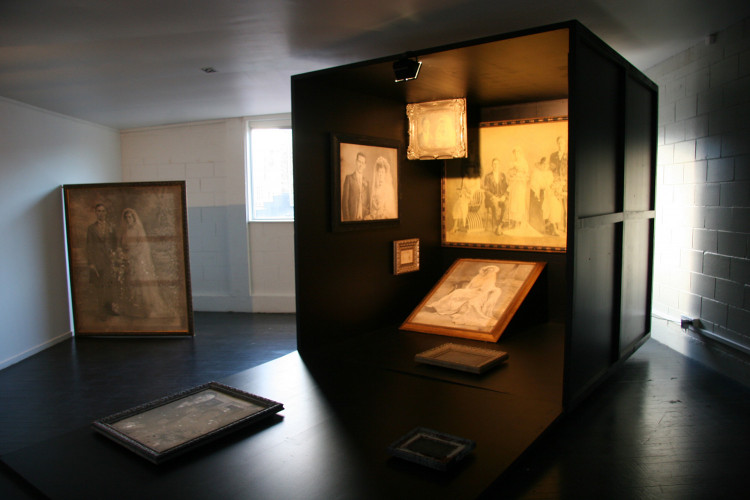 This exhibition by South Korean artist Cho Duck Hyun was shown in Auckland earlier this year as part of the short-term art in public sculpture series Living Room 09: My heart is where my home is. It was the first time that this artist’s work has been exhibited in New Zealand and Dunedin will be the final venue.

Dark Water is an ongoing project; it was initiated in 1994 at the Sao Paulo Biennial, in which a shipping container was fictitiously transported through the Earth from South Korea to be excavated at various locations around the world.

In Dark Water: the Antipodes Project a container was submerged for two days and then dredged from Auckland harbour and upon opening revealed a series of framed photo-realist portraits produced by the artist. The portraits replicate and enlarge formal wedding photographs of anonymous sitters from a bygone era and from unknown locations.

As part of his site visit to New Zealand, Cho spent a period researching and selecting images from the photographic archives at Auckland City Library. The artist has dipped into a public archive and selected a group of lost souls who are given a chance to be appreciated, cherished and speculated about before they fade once more from view.

The ritual of burying and unveiling this Wunderkammer, a black box of meticulous renderings, adds an important and evocative layer to this project. Suffused with mystery this cabinet of curiosities, which has been both literally and proverbially exhumed from the murky depths, speaks powerfully of the transience of time and, in particular, gradual degradation and eradication of personal memories. Dark Water is also an interesting meditation and discussion on the impact that patterns of migration have had on a personal, local and global level.