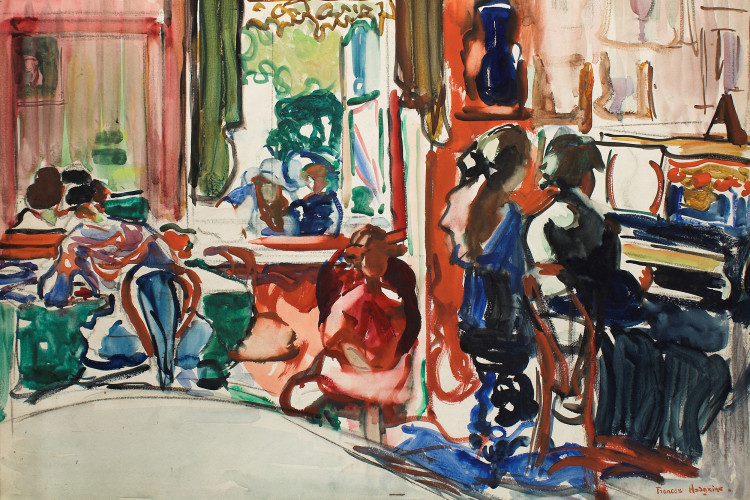 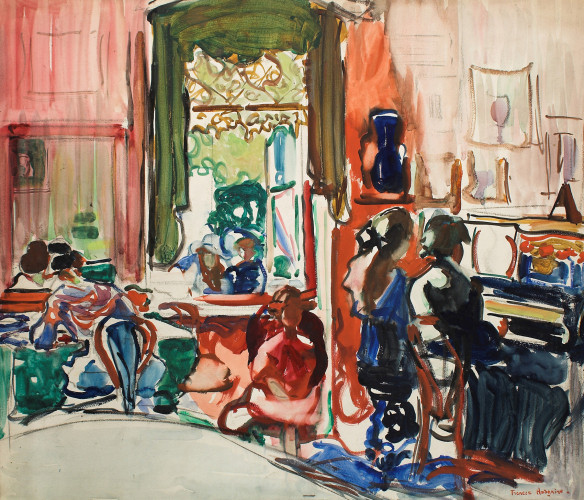 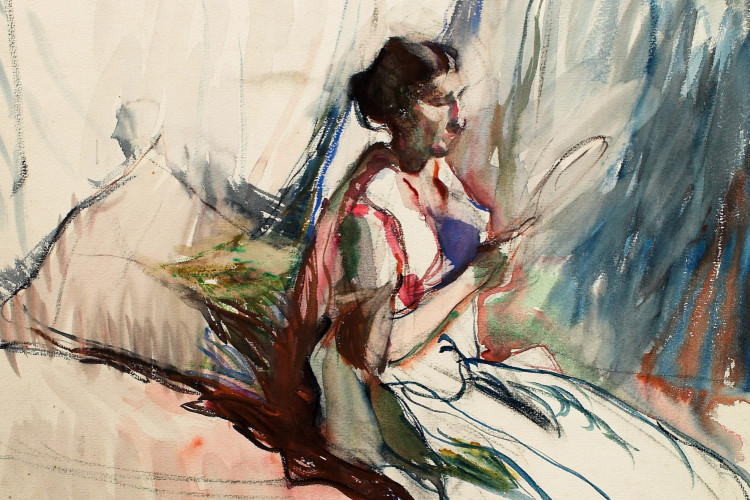 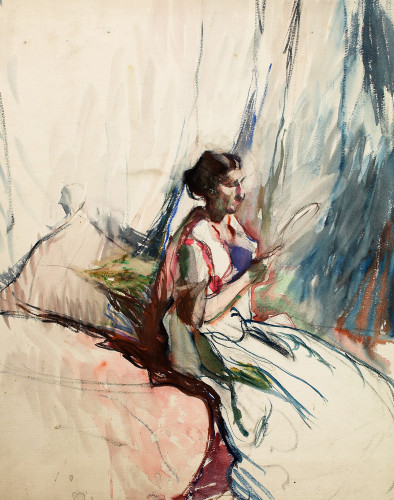 In 2007, Auckland Art Gallery Toi o Tāmaki acquired these 20 paintings by expatriate New Zealand artist Frances Hodgkins. Painted in the first decade of the 20th century, they were hidden away in a drawing folio before the original owner’s family discovered them in 2007. Although the family now live at Montfort l’Amaury, west of Paris, historically they had properties in Brittany, where Hodgkins ran her summer schools until 1912. These sketches may have served as teaching points for her many students, but how they came to be in a French private collection remains a mystery.

When Hodgkins exhibited similar watercolours in Sydney and Melbourne in 1912–13, she told a reviewer how she had gone to England in 1901 looking for colour and light. Unable to find it, she ‘fled to France’, where she attended Norman Garstin’s sketching class at Caudebec-en-Caux. However, it was her trip to Morocco the same year that proved a turning point. Mediterranean culture provided Hodgkins with a simplicity of architectural forms, sparkling light and strong colour, all elements of what eventually became her own highly individual style. Even when painting in the damper climate of Belgium and Holland, the memories of southern France and North Africa influenced her scenes of bustling marketplaces and intimate vignettes of everyday life.

In Paris, Hodgkins revelled in debates, experimentation and the desire for new forms of expression which were central to the avant-garde movements. There are hints of numerous influences in her work – Édouard Manet, Paul Cézanne, Henri Matisse, Raoul Dufy, Berthe Morisot and Mary Cassatt. We see Hodgkins pushing the boundaries of traditional watercolour, using the kind of experimentation that eventually transformed her into one of the leading English modernists of her day.