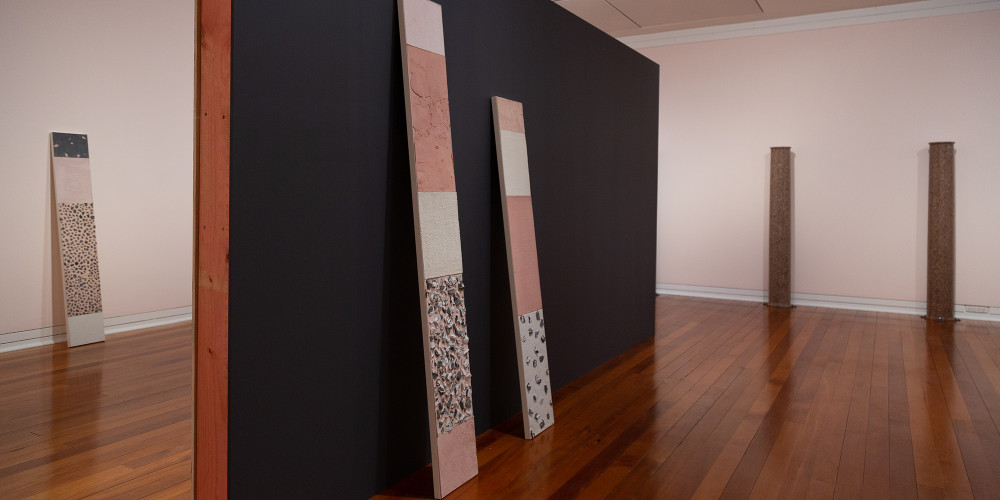 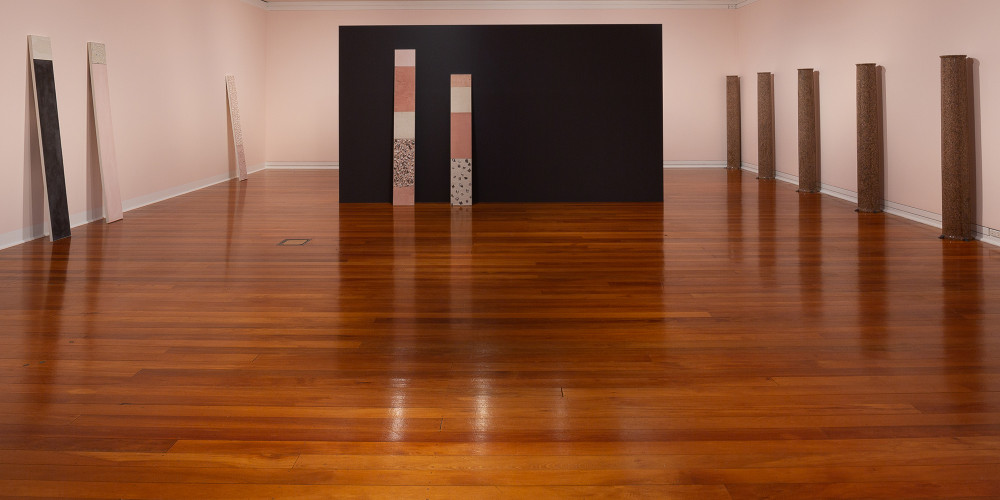 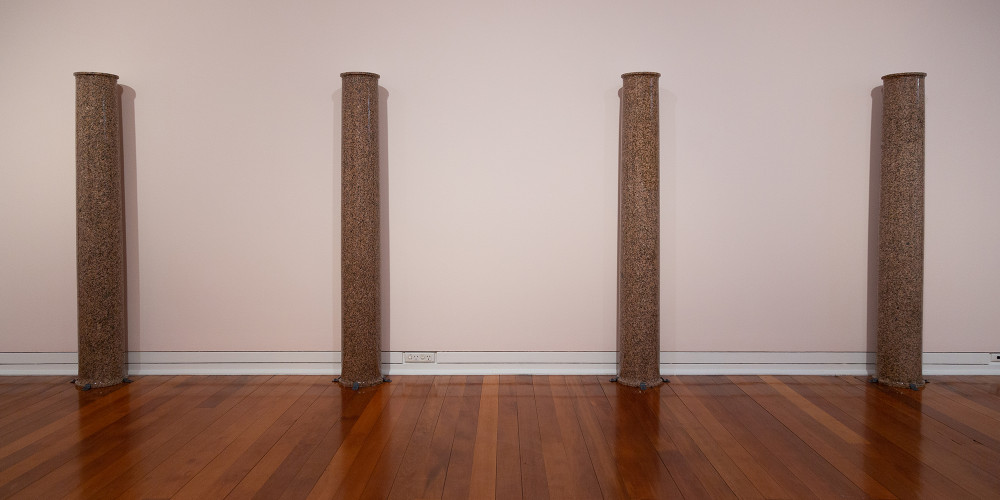 Louis Boldini Columns 1887. Granite. Collection of the Dunedin Public Art Gallery. Given 1969 by the A.M.P. Society 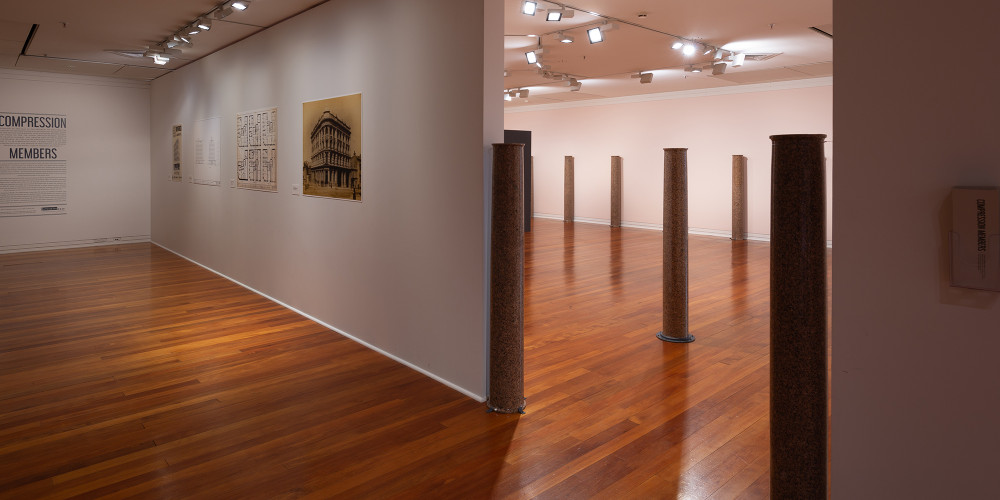 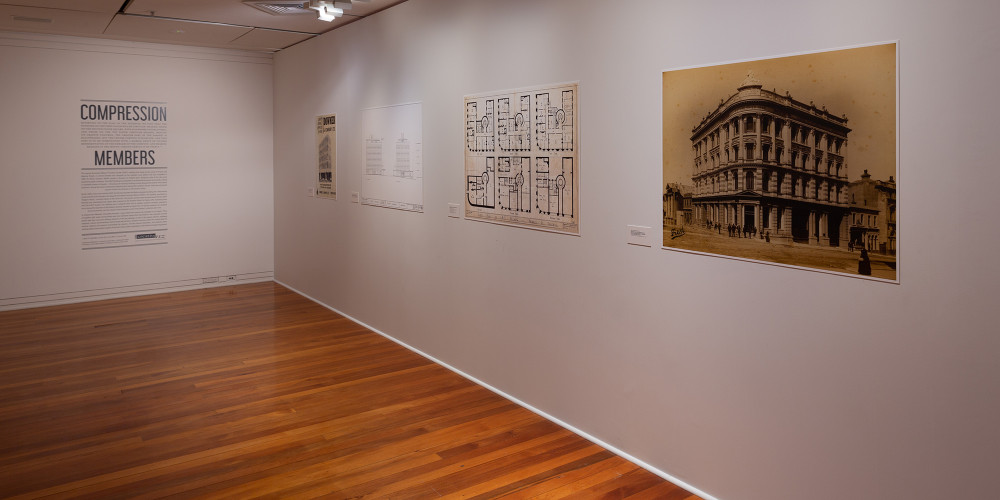 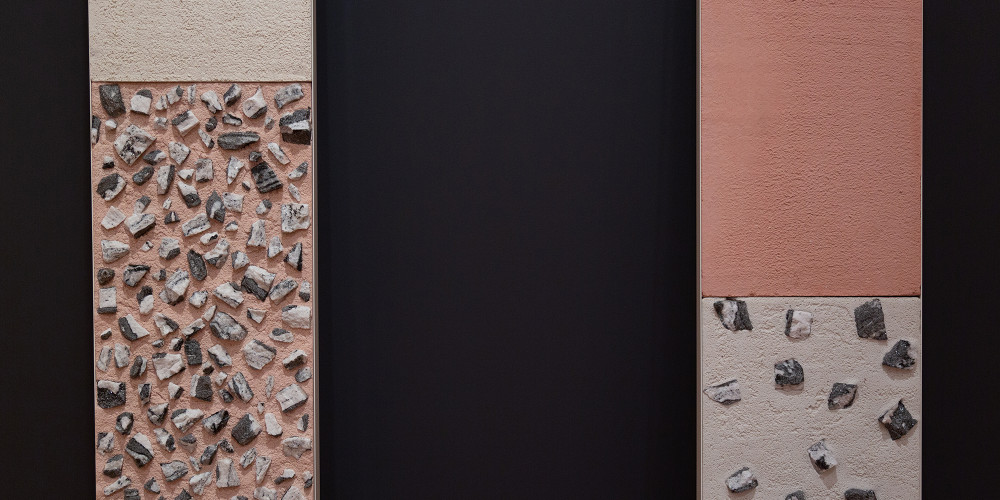 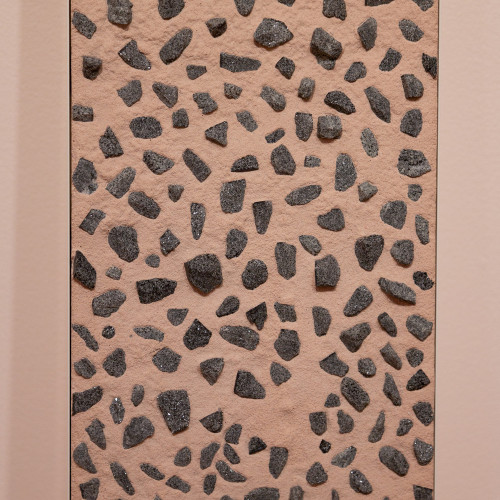 The original Australian Mutual Provident Society (A.M.P.) building that stood on the corner of Princes and Dowling Streets in central Dunedin was designed by the architect Louis Boldini and was completed in 1888. An Italian national, Boldini resided in Dunedin for thirteen years, designing some of the city’s most impressive public buildings. The A.M.P. Building was designed in an Italian Renaissance revival style, making it somewhat unique in Dunedin – the young city boasting buildings mainly designed by Scottish and English architects. Among the lavish architectural detailing that adorned the building’s façade, thirty-two red granite columns framed the windows on the topmost storey.

By the 1960s it was clear that the A.M.P. Society had outgrown the Boldini-designed building and a new one was commissioned by the Society to be designed by Dunedin architects Mason & Wales. This building, now known as ‘Rodgers House’, currently stands on the corner site. The granite columns were recovered when the first A.M.P. Building was demolished and sixteen were acquired by the Dunedin Public Art Gallery after requesting them from the A.M.P. Society. The intention was to integrate them into an outdoor sculpture courtyard, planned to occur during the expansion of the Gallery’s previous location at Logan Park. For reasons unknown, the courtyard did not eventuate, and the columns have remained a part of the Gallery’s collection ever since.

In Compression Members, the gallery becomes a space where the columns are displayed as art objects. These sit together with newly commissioned work from Auckland-based artist Amy Unkovich. Her composite concrete panels take their cues from different elements of the two buildings as well as the original columns, employing materials, colours and dimensions that resonate with all three. Unkovich’s practice within this context takes the archival material and research surrounding the columns, and the columns themselves, and abstracts them; creating objects that contain aspects of the built history under investigation, both absent and physically present.