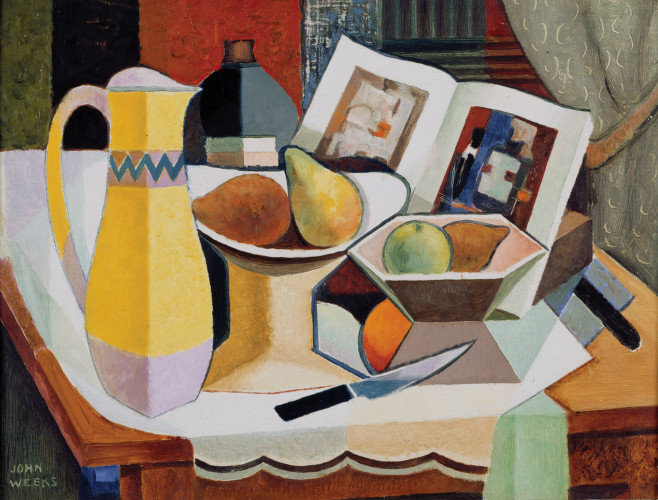 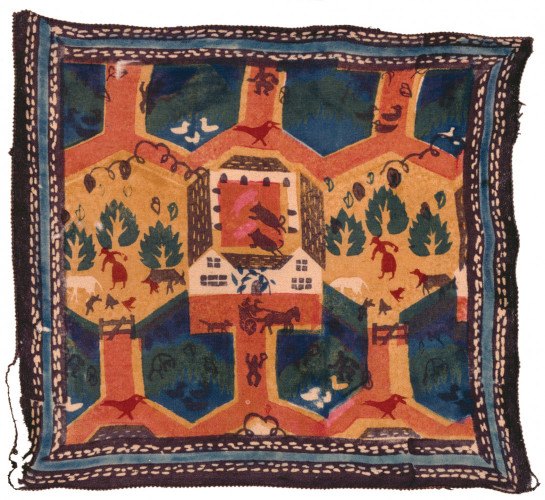 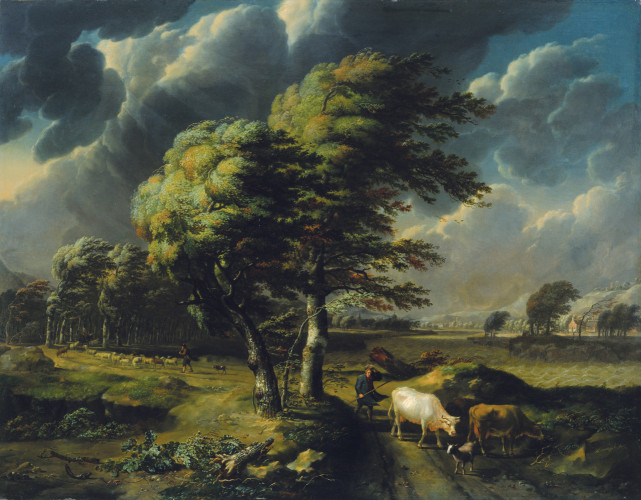 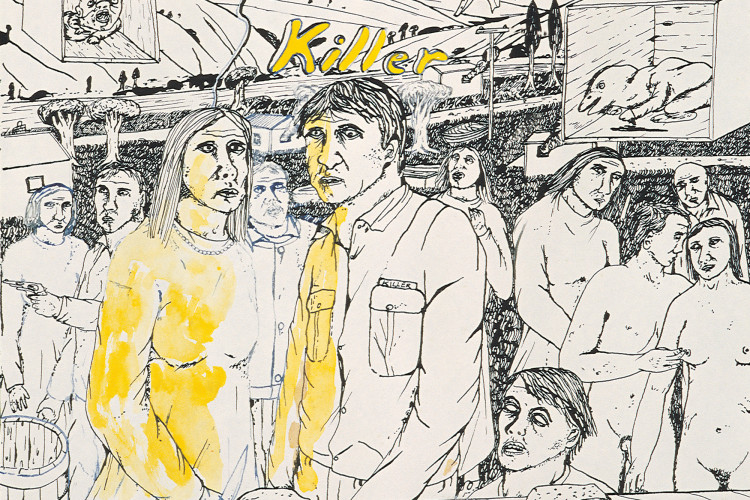 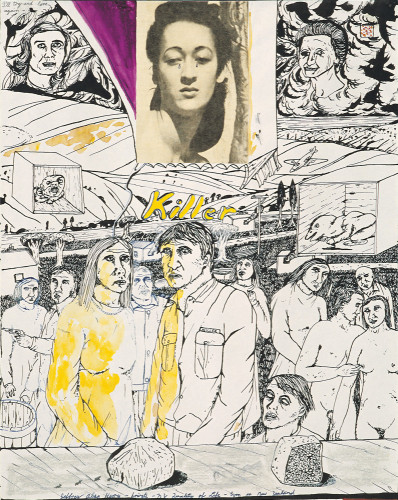 The initial starting point for this exhibition materialized in discussions with Saskia Leek and Nick Austin, when they orchestrated the final reorganisation of Fiona Connor’s Untitled (mural design) exhibition (July 26 – August 19 2012).  Connor’s exhibition sought to rethink how a Gallery’s collection could be viewed by reformulating the existing exhibition Colourbox. Initially Connor did this by simply moving the artworks from the walls to a portable hanging system, but she wanted to expand this sensibility so an invitation was extended to a core group of other artists.  In Leek and Austin’s iteration they added a number of additional works from the collection to Untitled (mural design), based on their interests and the connections they saw between the pre-existing show and other items in the Gallery’s holdings.

It was during these sessions in the stores that it became increasingly apparent that the artists’ could provide a unique insight into how the collection is perceived, understood and operates.  With this in mind it was suggested that Leek might wish to revisit the collection, but this time the selection would be placed in the context of her survey exhibition Saskia Leek: Desk Collection.  For the Gallery this has been a highly engaging, thought provoking and productive process, which has opened us up to new ways of working with our artworks and artists.

‘This week I’m breaking in a new studio. To make it feel like my workspace, I have to create something I like in it and I haven’t done that yet. Some days I’m not even sure what it is that I like. Moving my paintings into a new space has shifted them in other ways. Having stared at them for so long in the old studio, I feel as though I can’t see them now. Context is everything.

I think about this when I’m going through the racks making the selections for Dayes and Weeks.  The racks are where all the paintings are hung together for storage and they’re a great leveller. There’s no order of chronology or genre so everything competes in a salon style. I work quickly, selecting at first glance because there’s not much time and there’s a lot to see.  It’s much slower looking through the drawers. Everything is sealed up for protection and I have to make a judgment call, from the appearance of the outside wrapping, whether it’s worth taking a look.  I don’t know if I’m getting the good stuff.  I wonder if on a different day there would have been a different show.  I’m just running on instinct.

Everything becomes clearer when I finally see the works all in one place. Laying it out, the show fits together like a puzzle and I can easily identify connecting threads. I’m reminded that it’s hard to get away from yourself.  Even this abbreviated search has marked out some territory; it’s as much about what I haven’t chosen as what I have, that says something about my interests. There’s something reassuring about this. After struggling to find direction in the studio, it’s easy now to see my way forward reflected back at me in the work of others.

There are paintings I liked a lot but didn’t choose because they felt like they belonged in somebody else’s show and there were many more ambitious and accomplished works, which I admired but also didn’t choose. Without setting out to I’ve picked out predominantly work of modest scale and subject.  There’s a strong sense of design in some and in others there’s the kind of strangeness that comes from too much attention, oddly directed.  This is my neighbourhood.’