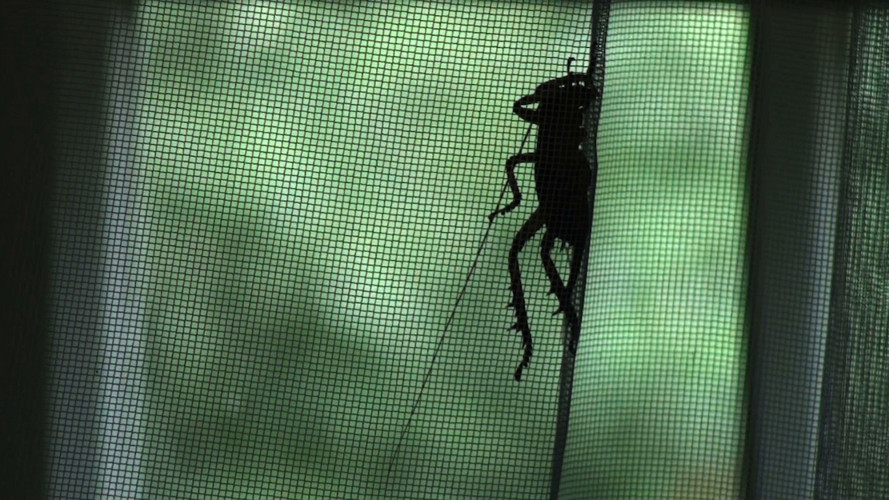 Based in the Hokianga, Denise Batchelor uses still and moving image to document personal encounters with nature. Often focusing on quiet moments of contemplation within her immediate surroundings, the artist is particularly interested in the ways in which the boundaries between different environments can become blurred and challenged.

In Summer Breeze (2014), we see a closeup of a net curtain swaying in front of an open window. Its gridded pattern creates an abstract, undulating landscape against greenery in the background. At first, it appears we might be looking at a digital graphic, such as a screensaver, until the silhouette of a large wētā, hitching a ride on a fold in the curtain, unexpectedly swings into frame.

Paying attention to this small breach within the perceived threshold between domestic space inside and the natural world outside, Batchelor invites us to reconsider this division. Wētā, native to Aotearoa, are vulnerable to habitat destruction with some species endangered. Summer Breeze highlights the displacement of non-human species that occurs as a result of human development and expansion, and the interconnectedness that exists between all living things.