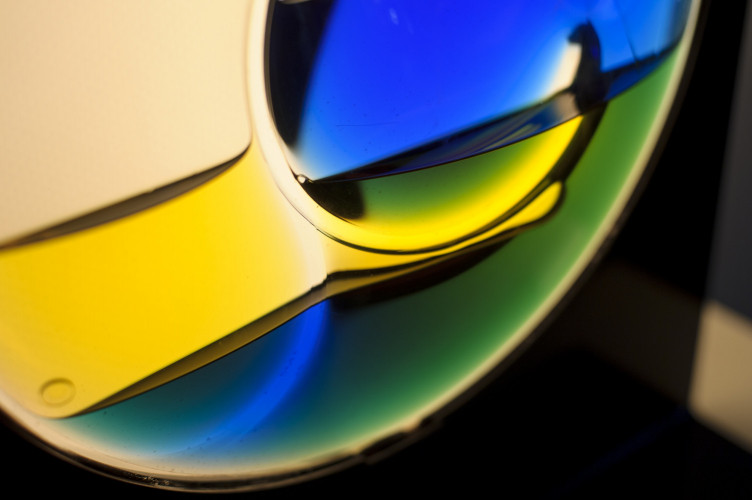 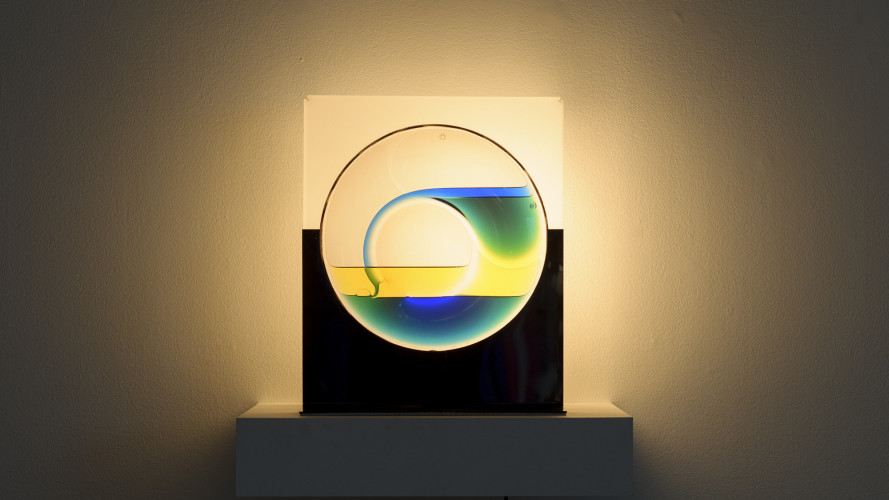 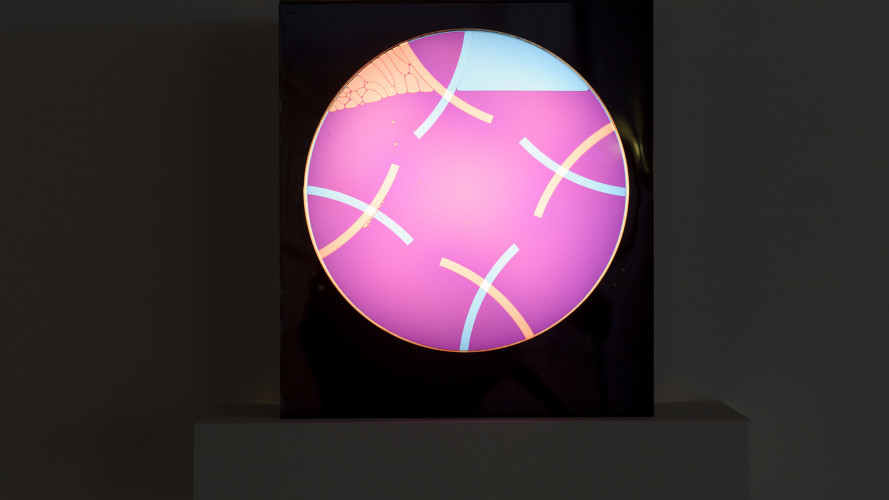 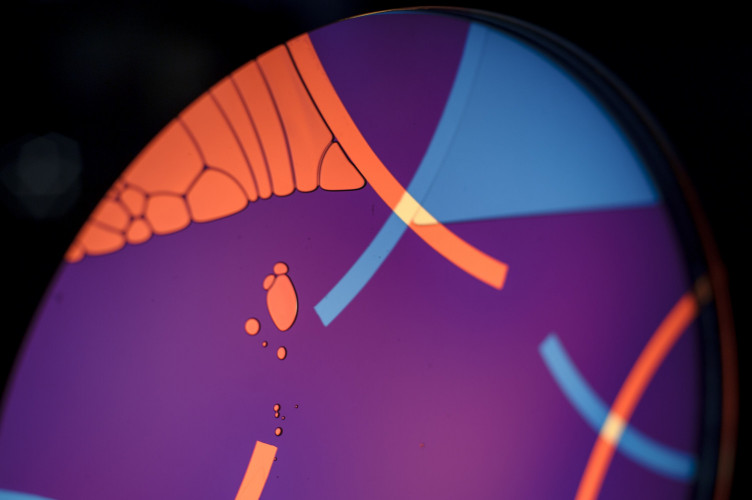 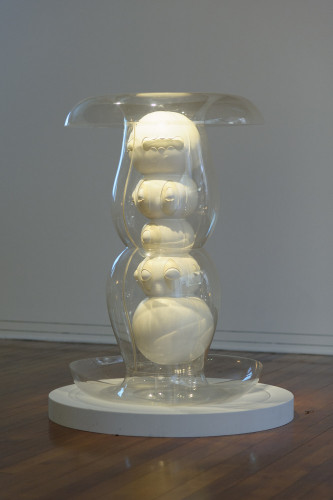 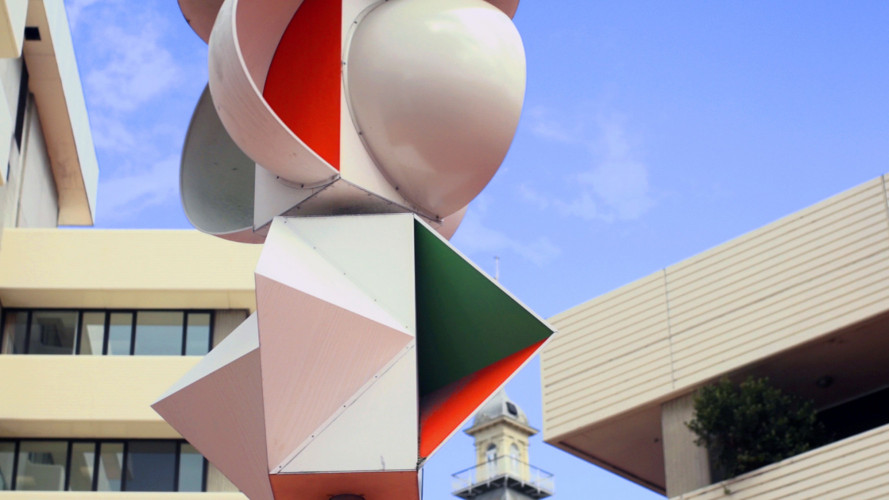 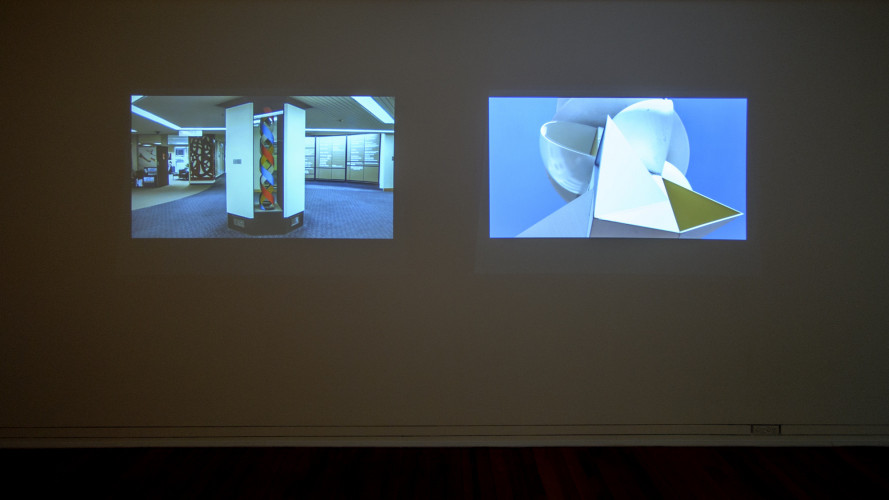 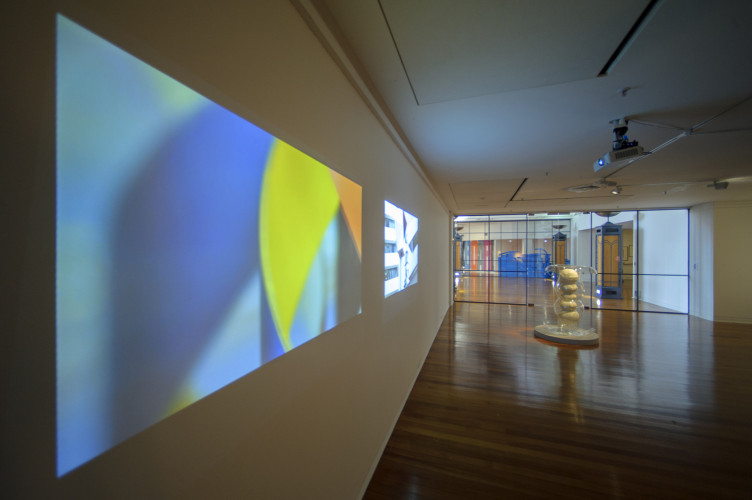 This exhibition pairs a selection of works by Derek Ball from the Dunedin Public Art Gallery’s permanent collection and the University of Otago’s Embellishment Collection with newly commissioned footage of two of the artist’s kinetic public sculptures. Making a link between these two bodies of work, this show juxtaposes sculptural objects that have not often been seen with documentation of work perpetually on display.

Derek Ball’s public sculptures in Dunedin are colourful, moving works commissioned for heavy, concrete architecture and as such, this exhibition explores the relationships between the situation of postmodern sculpture within and alongside modernist architecture. The lightness and dynamism of these kinetic sculptures works to activate the surfaces of the Brutalist structures they accompany. In public space their movement affects the viewer; as we walk around and past we become kinetic ourselves.

Illusion and transformation drive the abstract and fantastical pieces in this show. In Forbidden Fruit, a pale ambiguous form is encased in transparent plastic. Composed of spherical shapes with lidded indentations, the piece seems to move within; an alien creature struggling in its chrysalis.

In the works Kinetic Model and Fluid Circle, coloured oil is lit and pushed through an acrylic chamber by a simple motor. Like lava lamps these psychedelic ornaments blur between art object and interior decoration. Similarly, Postmodern is composed mostly of an elaborately large display structure for a tiny bronze sculpture. Operating as a sort of joke or wink, the emphasis on presentation and mix of refined (bronze) and everyday (MDF) materials continues to align Ball’s practice with concerns about the status and aims of the artwork.

In High-Tech Fantasy the presence of Ball’s sculptures is heightened by the dematerialisation of his public works as they are translated into video. This play between the visible and the invisible is most notable in the Dunedin Public Hospital work Kinetic Infinity Sculpture. The original intention of the piece was to disguise or make invisible the concrete pillar that it wraps around by using a combination of mirrored surfaces and lights to create an illusion of infinite space. Ironically, as a sculpture that intended to make other things ‘disappear’ it was unexpectedly removed in 2001 but was re-installed with small alterations in 2005.

Derek Ball (b. 1944, Masterton) completed his studies at the University of Auckland’s Elam School of Fine Arts in 1966 and was the third ever recipient of the Frances Hodgkins Fellowship in 1968. Before teaching at the Dunedin School of Art from 1978 to 2002, Ball travelled to the UK and later to California where he taught at the San Francisco Art Institute. Ball’s material experimentation, particularly in plastics, is highlighted in this exhibition. A substance both ubiquitous and reified, futuristic and now somewhat archaic, plastic, with all its suggestions of transmutation and malleability seems the perfect contemporary form. Exploring its qualities across a range of materials, Ball’s practice showcases the sculptor as problem-solver and technologist, conceptual joker, engineer and artisan.