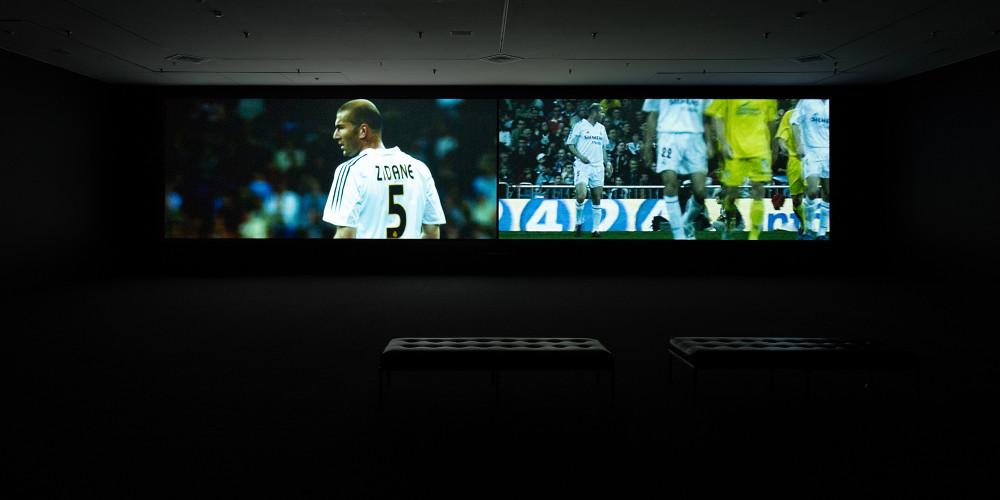 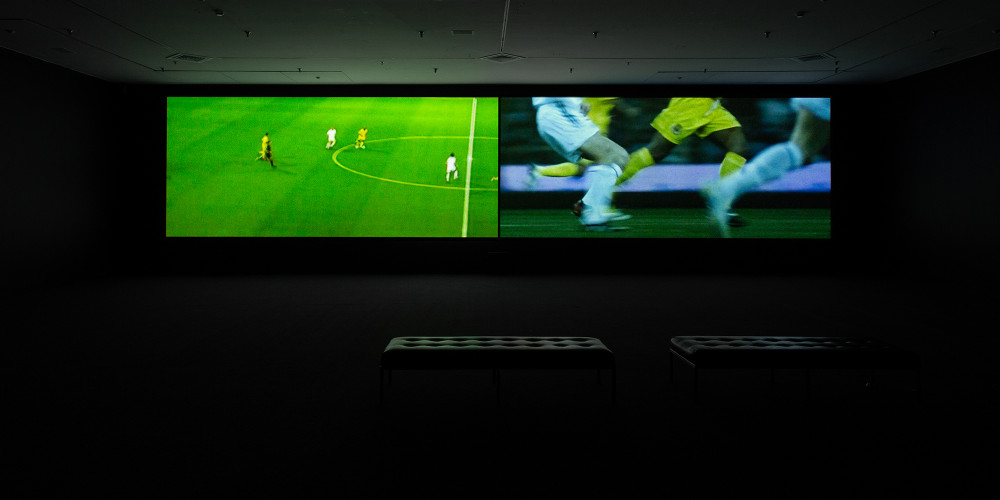 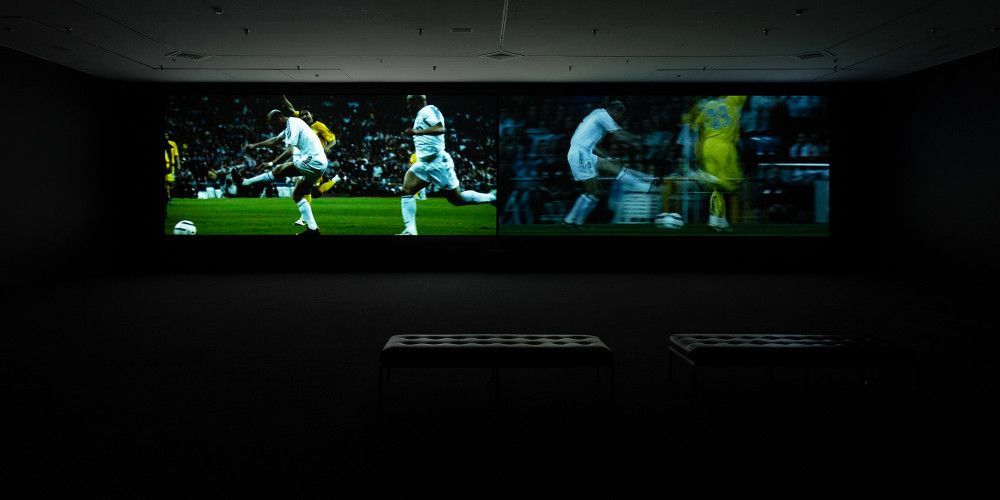 Celebrated as the breakthrough film of their careers, Zidane: A 21st Century Portrait (2006) is a collaboration between Douglas Gordon (b.1966, Scotland) and Philippe Parreno (b.1964, Algeria). This documentary-style feature film presents a real-time portrait of French football star Zinédine Zidane, filmed over the course of one football match between Real Madrid and Villarreal at the Santiago Bernabéu Stadium in Madrid on 23 April 2005. Presented across two channels, Zidane is compiled out of footage captured on seventeen synchronised cameras across the stadium, spliced with the televised feed, and contrasted against raw footage from the match. The accompanying audio alternates between sounds from the enthusiastic crowd and a score by Scottish post-rock band Mogwai.

Voyeuristic in nature, the work closely and intensely follows not the football but Zidane, highlighting his movements, mannerisms and mood throughout the 92-minutes of play. Audiences are taken on a journey with Zidane, from his periods of intense and flurried action, to his moments off the ball – constantly responding to the game and marking players that are off camera. The work speaks very directly to Zidane’s mental and physical capabilities, his habits, and his contribution to the game, recorded in relative isolation. Through this work, Gordon and Parreno also speak to the well-established and extensive history of the portraiture genre, with direct references to artists such as Francisco de Goya, Diego Velázquez and Andy Warhol. Zidane presents a portrait for a new generation – opening up questions around the mediated nature of the celebrity image in the digital age.