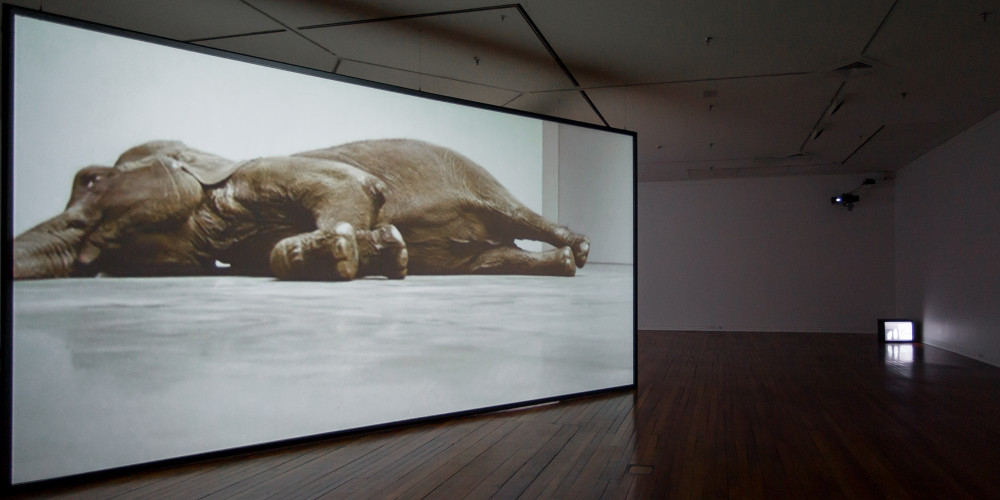 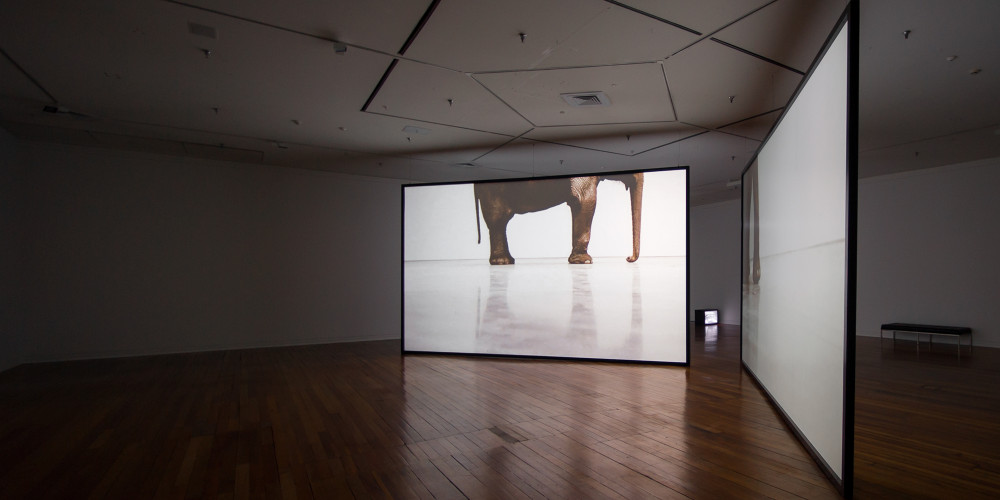 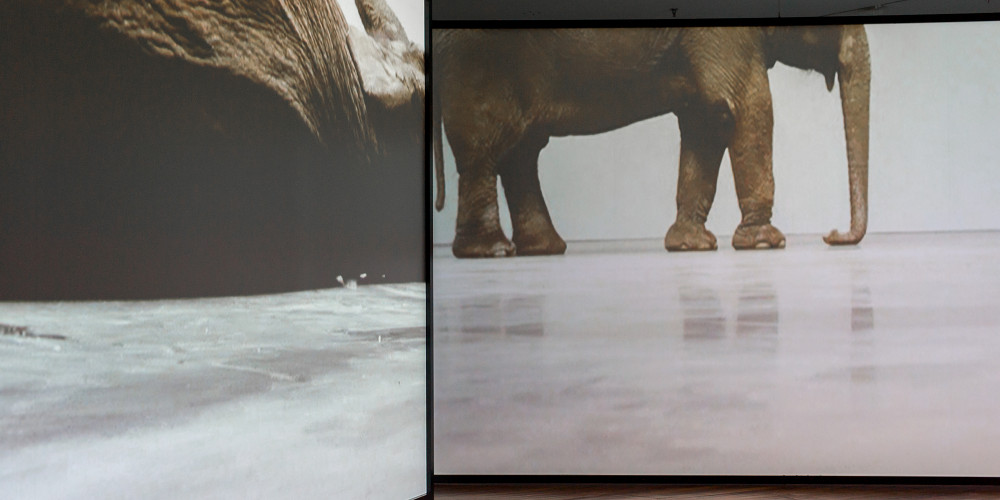 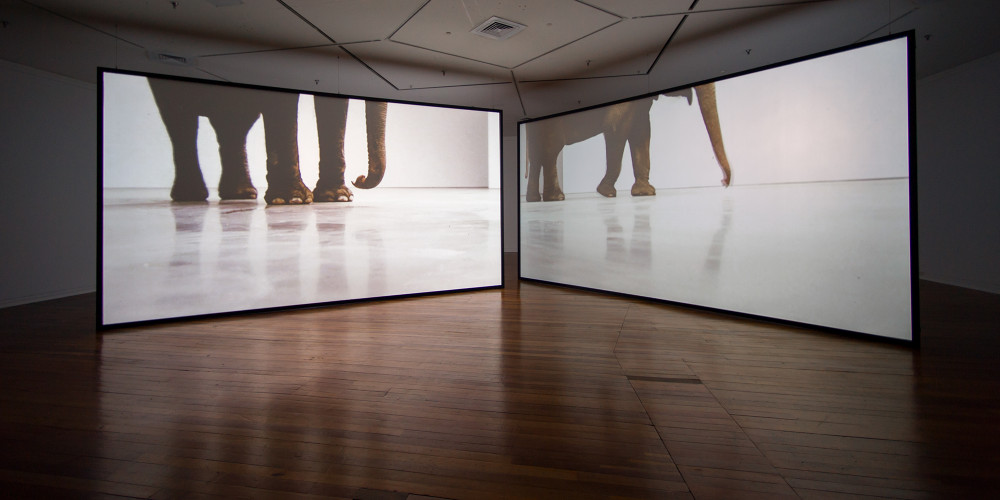 For the monumental installation Play Dead; Real Time, artist Douglas Gordon filmed a circus elephant obeying a series of commands. Like many of Gordon's protagonists, the elephant is subject to forces beyond its control. Simultaneously presenting several different versions of the scene, in front and rear projections and on a monitor, the work depicts the event from a range of perspectives rather than from a single static viewpoint.

Elephants have long been a subject of artistic imagination – depicted in various religious traditions, mythology and symbolism. They classically represent strength, memory, loyalty and wisdom.

Filmed on the polished concrete floors of the Gagosian Gallery in New York, a four year old giant Indian elephant named Minnie performs a series of tricks at the command of her off-screen trainer. The well-trained elephant ‘plays dead’ – rolled to one side with legs crossed and trunk outstretched. She struggles to rise, before continuing on with her next act.

In this three-channel video, this staged event is witnessed from multiple perspectives as the camera circles the elephant, tracing the edges of an invisible circus rink. For most viewers the opportunity to see an elephant up-close is a rare occurrence and Scottish artist Douglas Gordon captures moments of beauty, control and awkward vulnerability.

Douglas Gordon works across a range of media to create film, video, photography and text-based installations. He often manipulates standard conventions of cinema through repetition and varied camera angles to present numerous perspectives instead of one single view point.

Gordon has received numerous accolades including the Turner Prize, London in 1996, Premio 2000 at the Venice Biennale in 1997, Roswitha Haftmann Prize awarded by the Kunsthaus in Zürich in 2008, and Käthe-Kollwitz Prize in 2012 awarded by the Akademie der Künste in Berlin. His film works have been invited to the Festival de Cannes, Toronto International Film Festival (TIFF), Venice Film Festival, and Edinburgh International Film Festival among many others. He lives and works in Berlin and Glasgow.

With thanks to Studio lost but found.