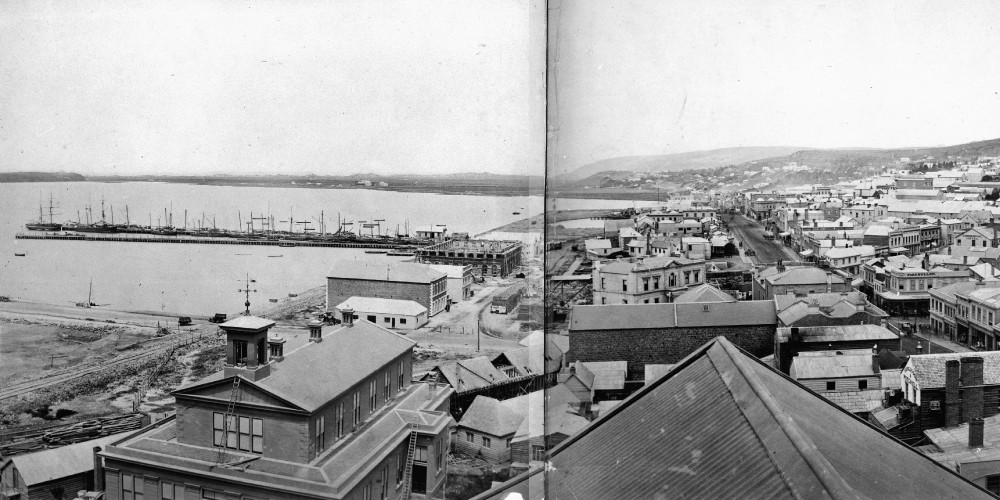 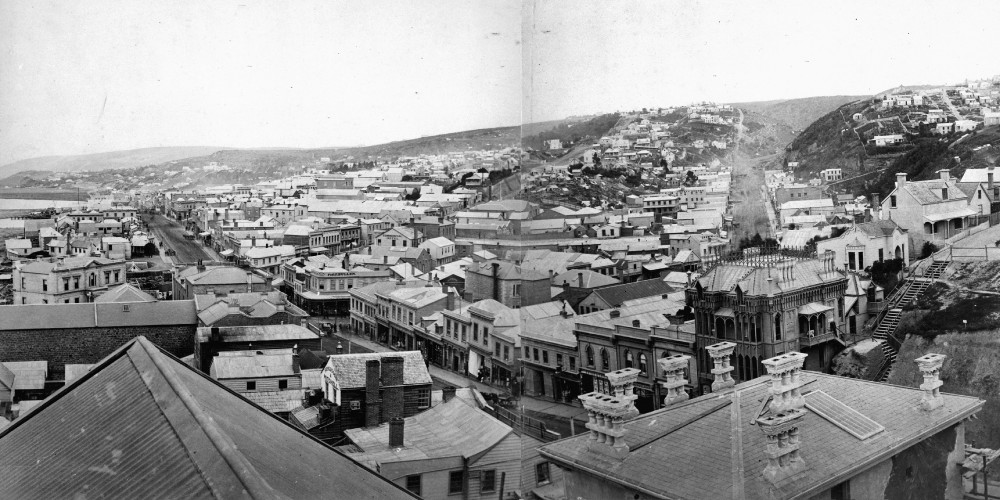 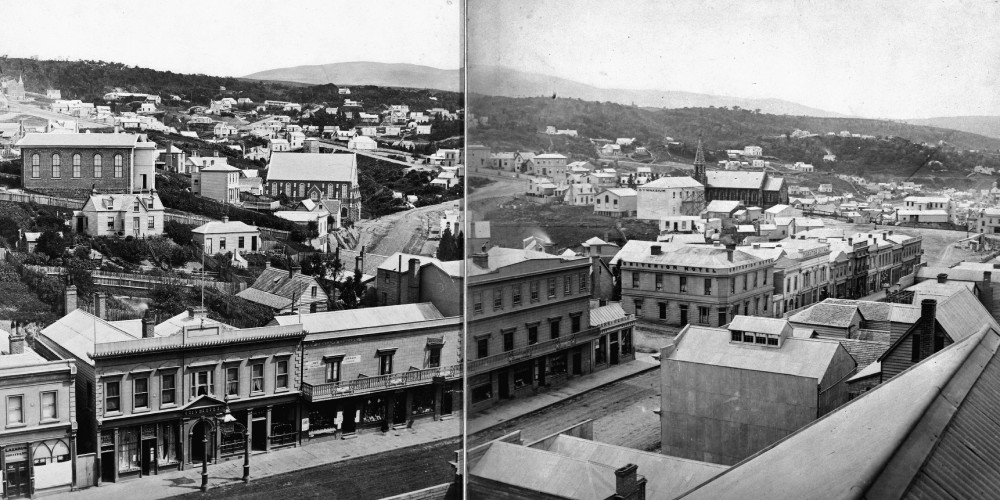 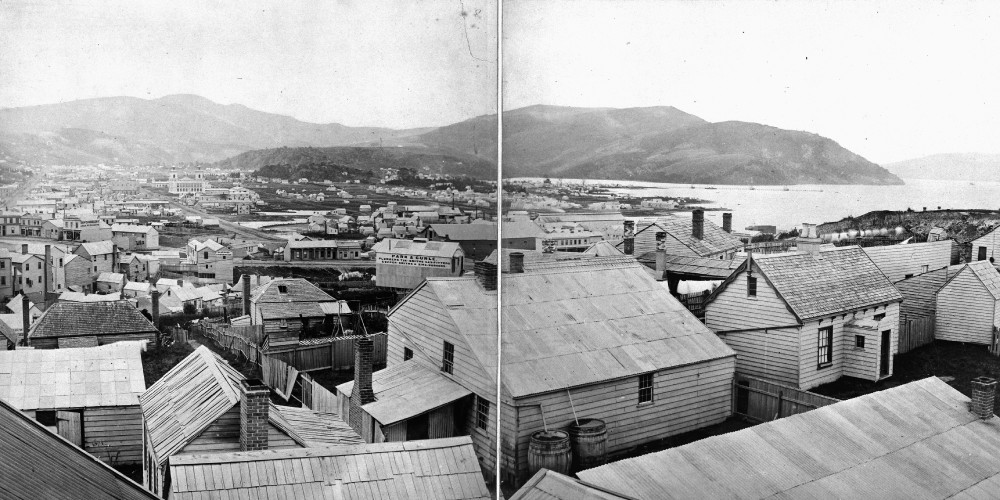 The exhibition centres on 1865, the year the City of Dunedin was constituted in May and the city council first met on the 5th August. It provides a snapshot, showing what had been achieved by that time, and has been since.

In July 1862 the Otago Witness recorded that ‘Dunedin, like Melbourne, was before the gold-fields, a quiet dingy little town.’ With the rush came ‘crowded hotels and boarding houses, foul streets, thronged with eager, unwashed multitudes..the same eager struggle..for business..the same sudden rise in the value of property, and general disorganisation of society.’

Then there came a ‘lull in the excitement’, when people were ‘turning their attention to the improvement of their properties and of the city generally. On every side..handsome shops, fine hotels, and substantial stores rising, where, only a few months ago the flax grew wild - the streets being cut through hills, cavities being filled, pavements laid, new jetties run out, street lamps erected, and a variety of other improvements being carried out, which, when completed, will go far to make Dunedin..
a city worthy of being the capital of a gold-producing province.’

At this time there were still ‘other improvements to be brought about which are absolutely essential to a city of the pretensions of Dunedin: proper supply of water for domestic use, and..for the extinction of fires,..the supply of gas throughout the city,..complete and systematic drainage. Without these Dunedin can never be more than a fifth rate colonial town, it will never rise to the dignity of a metropolitan city.’

In 1865 Dunedin was meeting these challenges. A Sanitary Commission had just been established to consider the issues of poor drinking water and sewerage which gave Dunedin a higher mortality rate from fever than London. Measures were taken to reduce the constant risk of fire, as wooden buildings gave way to brick and stone.

Gas supplies gradually extended to supply street lighting and homes and businesses. Although these ‘other improvements’ were not completed by 1865, they were advancing.