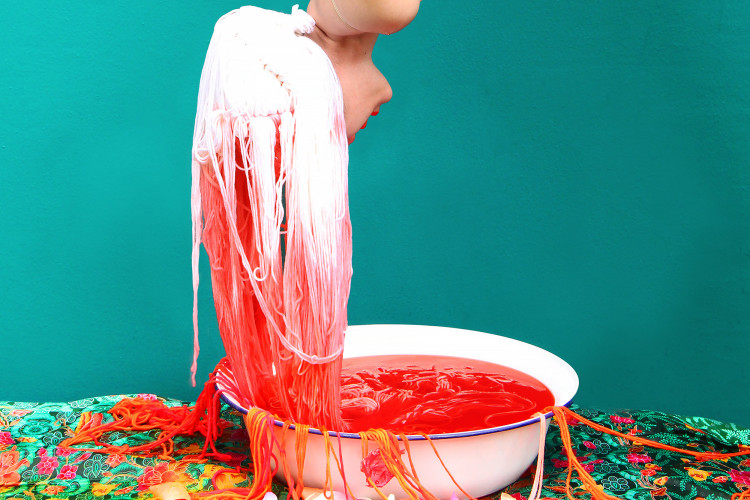 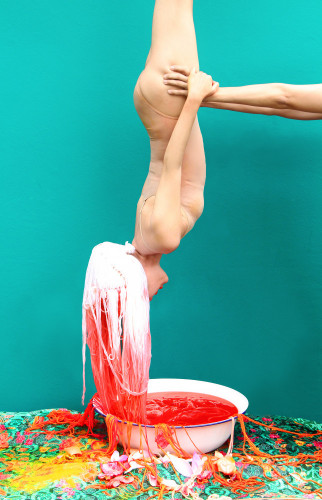 In her video-based performances Kawita Vatanajyankur uses her own body as a tool, exploring and exploiting her physical and psychological limits through repetitive actions and endurance. Her practice, underpinned by her position as a woman in Thailand, is predicated on an ongoing interest in issues surrounding everyday labour – both inside and outside of the home. This area of ongoing research has seen Vatanajyankur bring domestic chores and gender binaries, working conditions and social ideologies, and industrial processes to the fore.

In late 2017, Vatanajyankur spent six weeks in Ōtepoti Dunedin as part of the Gallery’s Visiting Artist Programme. With earlier works examining textile industries and industrialised work processes within Thailand, her residency saw her expand this interest with research into wool production in Aotearoa New Zealand. The works produced during this time saw Vatanajyankur turn her body into the machines, objects and processes used within the manufacture of textiles, including a spinning wheel and a shuttle on a loom. In Dye, the artist’s body is a skein of fibres that are dipped into a bowl of red dye. Set in front of an eye-catchingly colourful backdrop, Vatanajyankur is suspended by her ankles as she is repeatedly lowered in and out of the dye – an action that aims to build up the opacity of the dyed fibres but also speaks to the often-confronting physicality that operates within the artist’s practice.

PROPOSALS:
The Dunedin Public Art Gallery will accept proposals for our Rear Window programme all year round, to be considered for the ongoing programme. The proposal must be for a single-channel moving image work, can include sound (only operating between 6am and 11pm), and a screening fee will be negotiated.
Proposals can be sent to
rearwindow@dcc.govt.nz