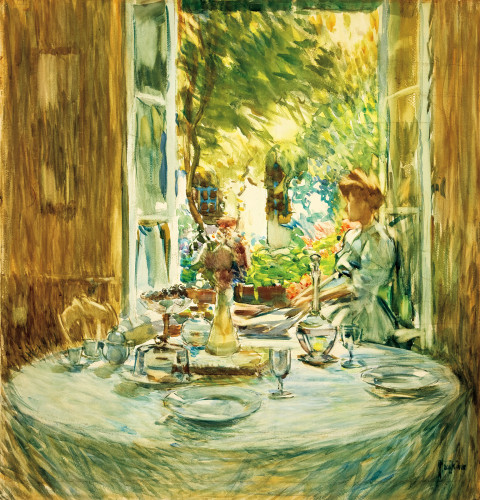 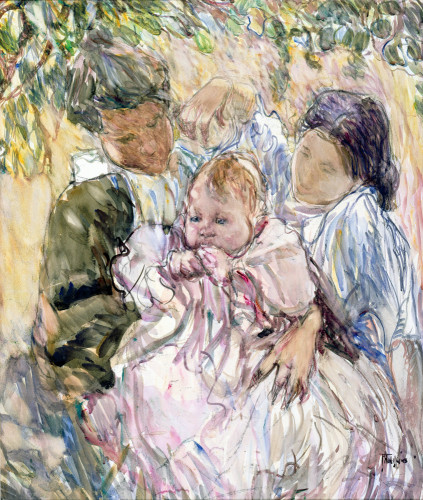 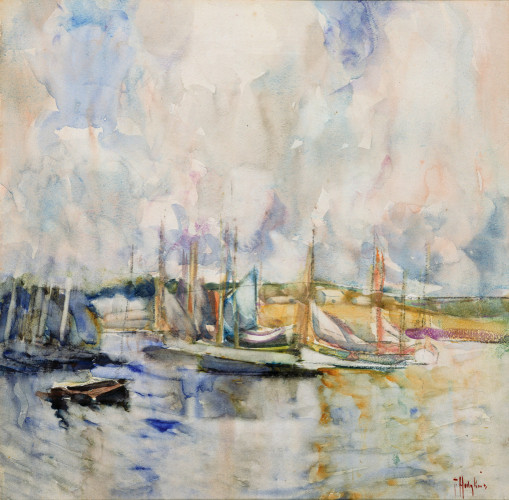 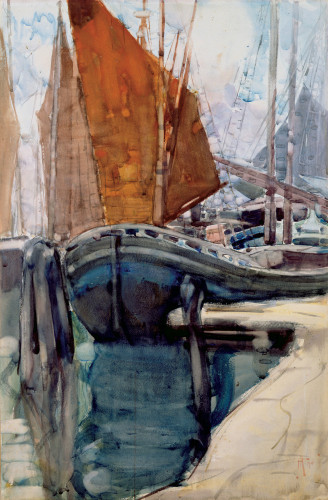 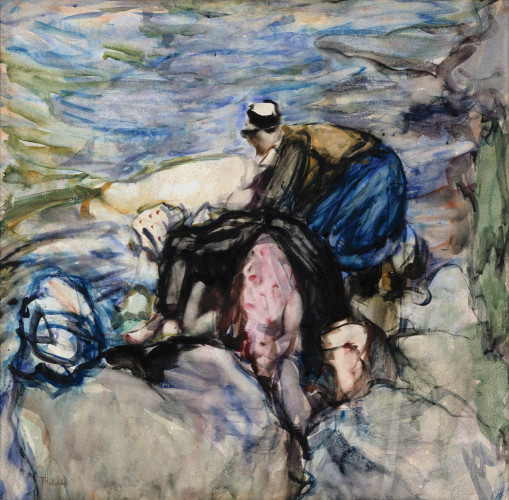 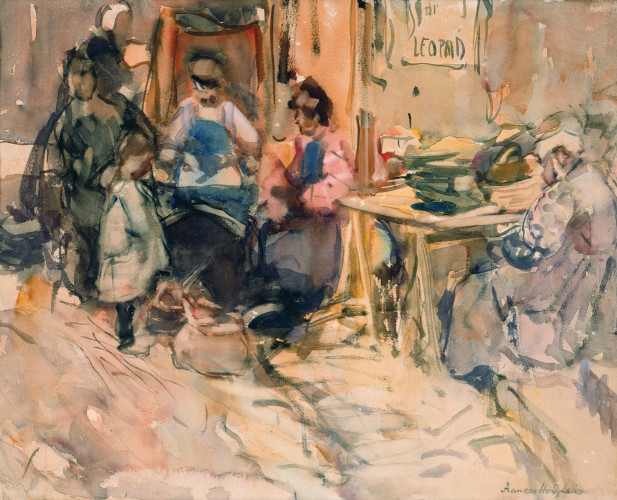 The Colour of Everyday

The European Watercolours of Frances Hodgkins

After arriving in Europe in 1901 Frances Hodgkins progressively became a more ‘modern’, or impressionistic painter, and developed a reputation as a clever watercolourist and teacher. Although initially happy to join the throng of expatriate touring artists, she became increasingly keen to find her niche in Europe, and settled in Paris in 1908. Her work also became ever more removed from New Zealand tastes, despite the successful exhibitions and reviews she had while visiting Australia and New Zealand in 1912.

In an instructive letter to her pupil Hannah Ritchie, written in 1917, Hodgkins revealed what she strove for and achieved in her European watercolours: a ‘finer & subtler sense of colour’ and a ‘freer & more spontaneous’ approach. Hodgkins also identified the uniqueness of watercolour as a medium - ‘the older I grow in Water Colour the more I realize the great charm is freshness & lovely colour’.

In her paintings of women, and of mothers and children, Hodgkins developed a more personal flickering style in which separate calligraphic brushstrokes conveyed light and movement and unified her compositions. In doing so she became a ‘woman artist’ of Paris, the city that had accepted and highly regarded ‘the female impressionists’ Berth Morisot and Mary Cassatt, and their art féminin, before going on to experiment with other, more avant-garde ideas and to paint in oil, though with something of the watercolourist’s fluidity and light touch.

This part of the exhibition relates to Frances Hodgkins’ more formative years in Europe. We see her exploring and capturing scenes that always appealed to her – marketplaces, streets and boats and water – in paintings that become more free and spontaneous and show her mastery of watercolour to growing effect.

Throughout her first tour, from April 1901 to November 1903, Hodgkins sought warmth and inspiration; if she did not like one place she would move on to the next as soon as she could. She was happy to take on the role of ‘touring artist’ along with other expatriate and British artists, dedicated to capturing a picturesque Europe, but relished and treasured the times when she could really settle in and paint productively.

Hodgkins stayed in New Zealand just over two years between her first and second European tours, but she was miserable without the colour and subjects of Europe and knew that fame would lie on the other side of the world. She returned to Europe in January 1906 to continue her touring schedule, but sometimes with pupils to teach she had less time to paint. In November 1908 she settled in Paris, but would still spend summer sketching seasons teaching and painting in her favourite French villages, such as Concarneau.