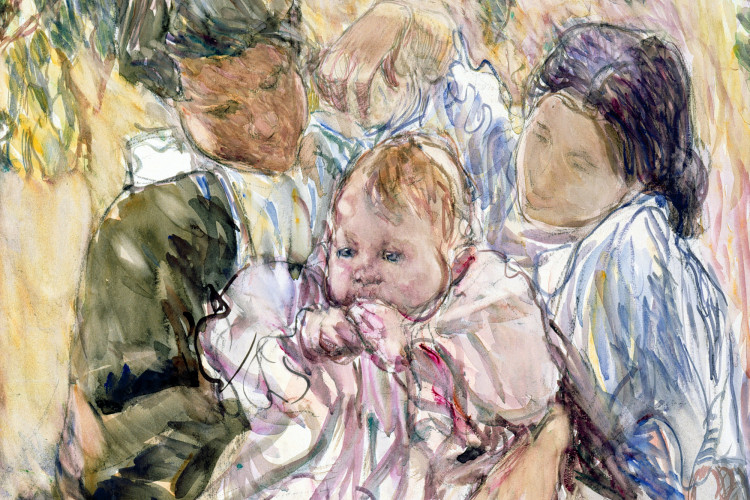 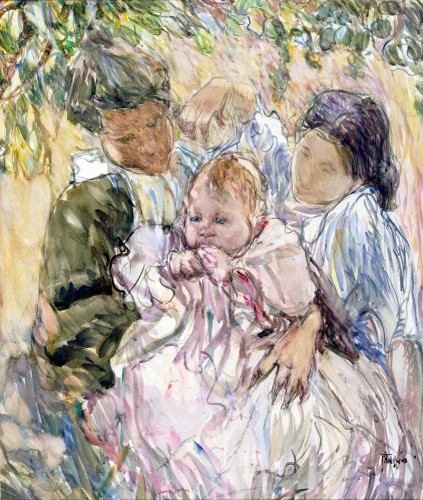 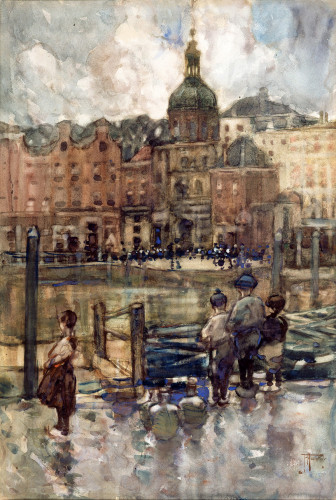 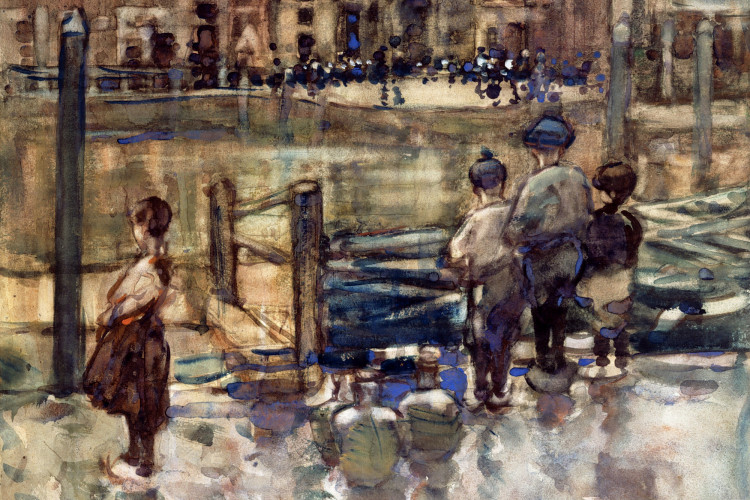 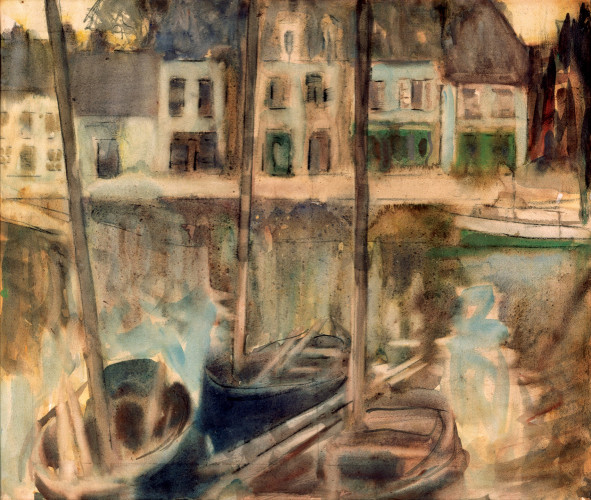 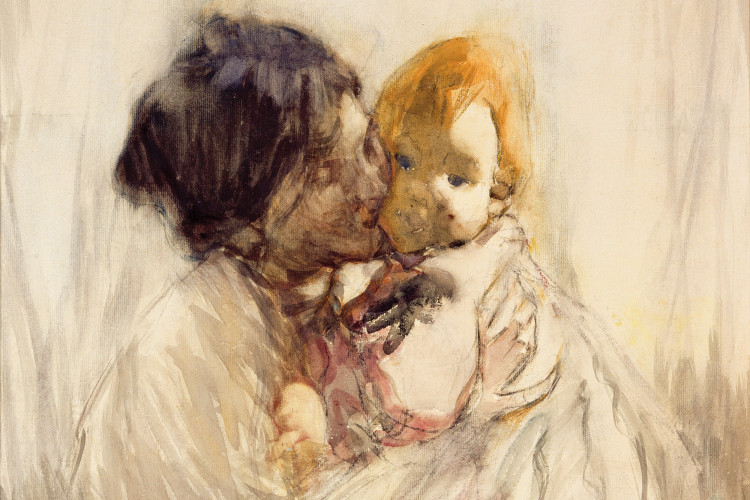 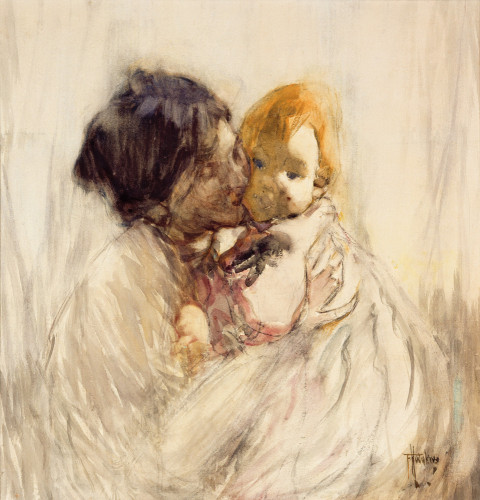 Frances Hodgkins visited New Zealand for the last time in 1913, and this exhibition is built around works bought for public collections during that year.  Press reports reflect the response to her work, and a 'photo essay' allows us to step back into the world to which she belonged.  Some works made between 1901 and 1912 provide another sort of context for the most 'recent' pictures in this exhibition.  Curated by Dr Roger Collins.

Frances Hodgkins left New Zealand for the last time in October 1913.  This final return to her beginnings had been marked by major exhibitions, critical acclaim and social success, and after this pause, she resumed her journey towards international recognition.

Between 1901, when Hodgkins first went to Europe, and 1912, when she returned to New Zealand on 25 December, she travelled widely, making visits, sometimes very brief, sometimes extending over several months, to Scotland, Belgium, the Netherlands, Italy and Morocco.  Surprisingly, perhaps, she spent a total of less than two years in England, but, also surprisingly, she lived in France for almost five and a half years.  There was also an extended return visit to New Zealand from December 1903 to January 1906.

The works in the second room demonstrate the importance of unfamiliar places and cultures in her painting—exoticism seen at its most dramatic in Morocco, but also including the fishing boats and market scenes of picturesque sketching grounds such as Caudebec and Concarneau.  They also demonstrate the place of people in her work, advancing from an exploitative fascination with the externals of dress and place to interaction with the inner personality of her sitters.

These themes are concisely reflected in the works acquired for Dunedin’s art gallery in 1913.