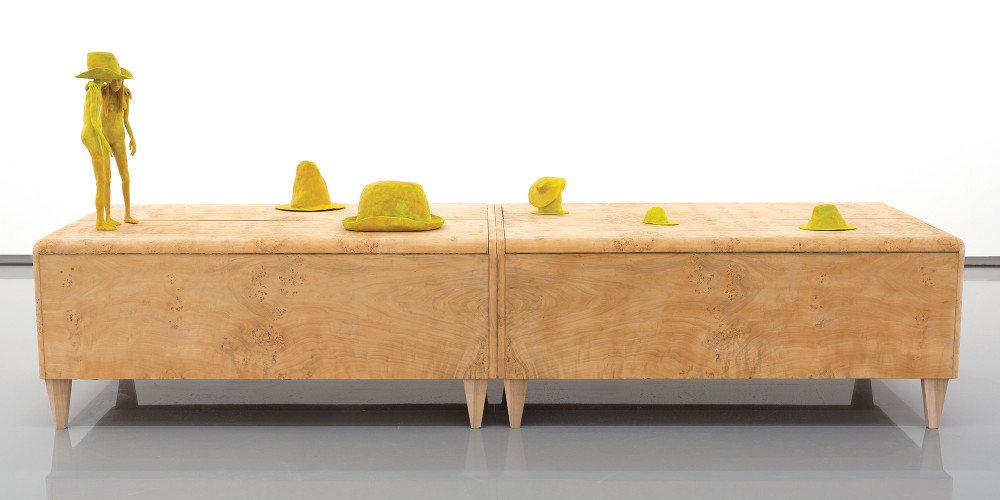 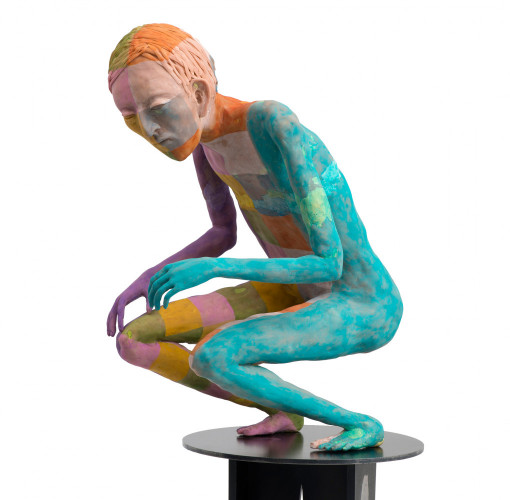 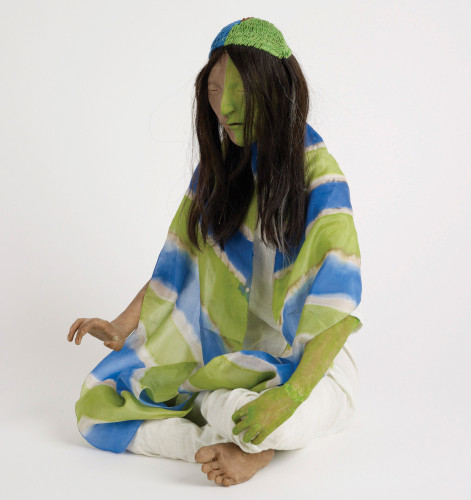 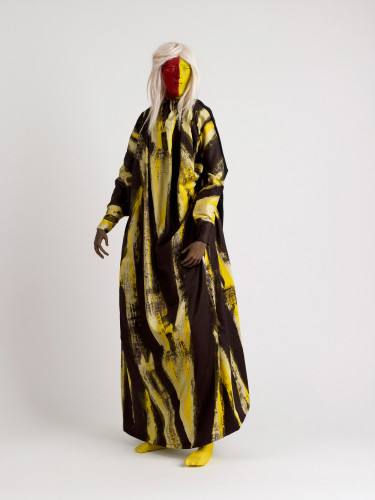 In 1998 – freshly graduated from Ilam School of Fine Arts in Christchurch – Francis Upritchard headed to London. There, she would become one of New Zealand’s most successful artists.

Upritchard has developed a unique sculptural language. Her works often look like artefacts and her shows recall museum exhibits. Her work is rife with allusions to elsewhere and elsewhens. They interweave references to archeology and anthropology, to modernism and hippiedom, to nostalgia and futurism. When she represented New Zealand in the Venice Biennale in 2009, she famously explained:

"I want to create a visionary landscape, which refers to the hallucinatory works of the medieval painters Hieronymus Bosch and Pieter Bruegel, and simultaneously draws on the utopian rhetoric of post-1960s counterculture, high modernist futurism and the warped dreams of survivalists, millenarians, and social exiles."

Upritchard’s work combines figurative sculpture, glass and ceramics, found objects and furniture. She draws on a diversity of art and craft traditions and often collaborates with artisans. Her most recent sculptures – solitary figures on metal stands – trade on ethnic and cultural types, but they remain enigmatic. Are they lovers or fighters, primitives or hippies, wise ones or imbeciles? Are they from here or there, from then or now – or, indeed, from nowhere and the future? Have they transcended history or has it transcended them? It is hard to know if Upritchard is poking fun at her subjects or taking them seriously. Her aims remain elusive. Ambiguity is her thing.

Francis Upritchard won the Walters Prize in 2006 and represented New Zealand in the Venice Biennale in 2009. She has had major museum solo shows at Vienna Secession in 2009, Nottingham Contemporary in 2012, Cincinnati Contemporary Arts Centre in 2012, Marugame Genichiro-Inokuma Museum of Contemporary Art in 2013, Douglas Hyde Gallery, Dublin, in 2013, and Hammer Museum, Los Angels, in 2014. She is represented by Kate MacGarry, London; Anton Kern Gallery, New York; and Ivan Anthony, Auckland.