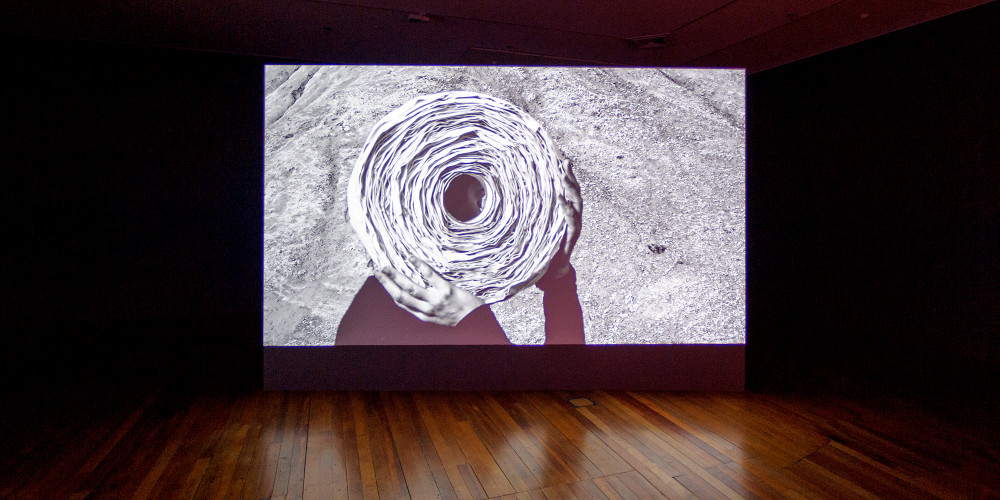 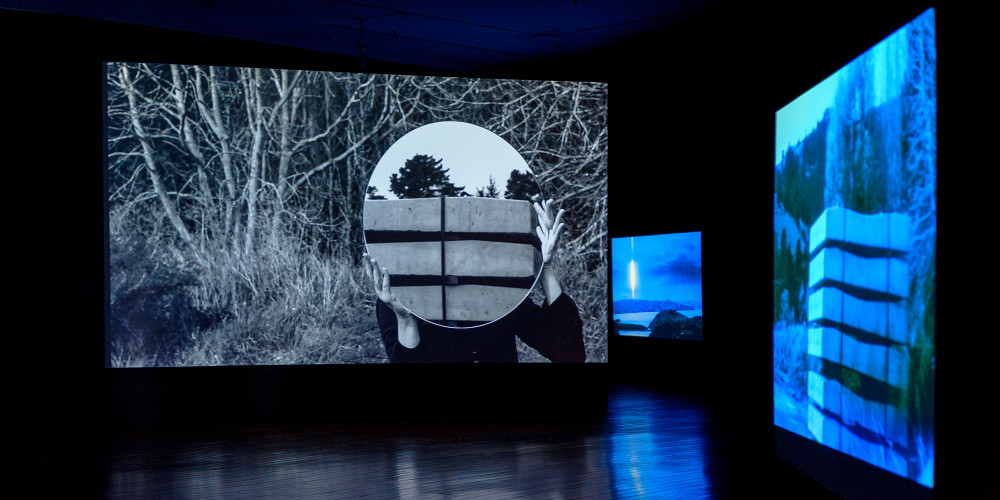 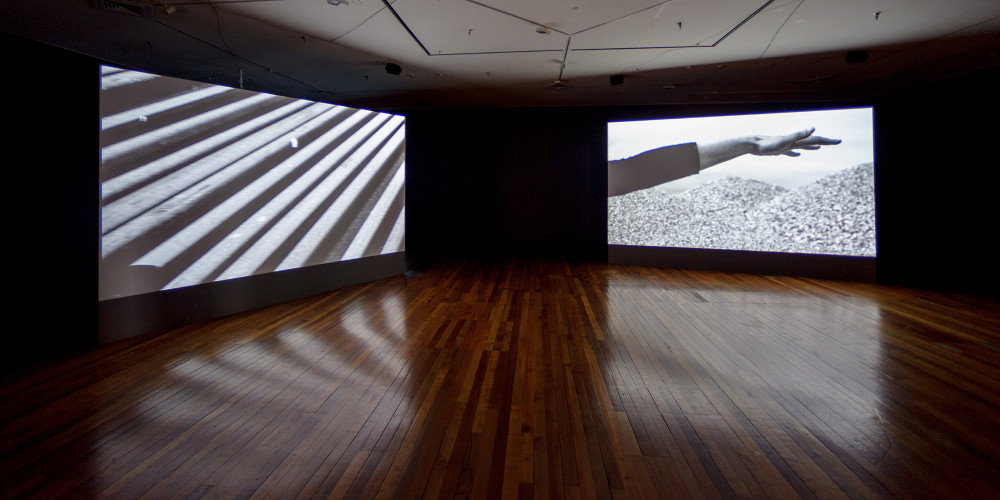 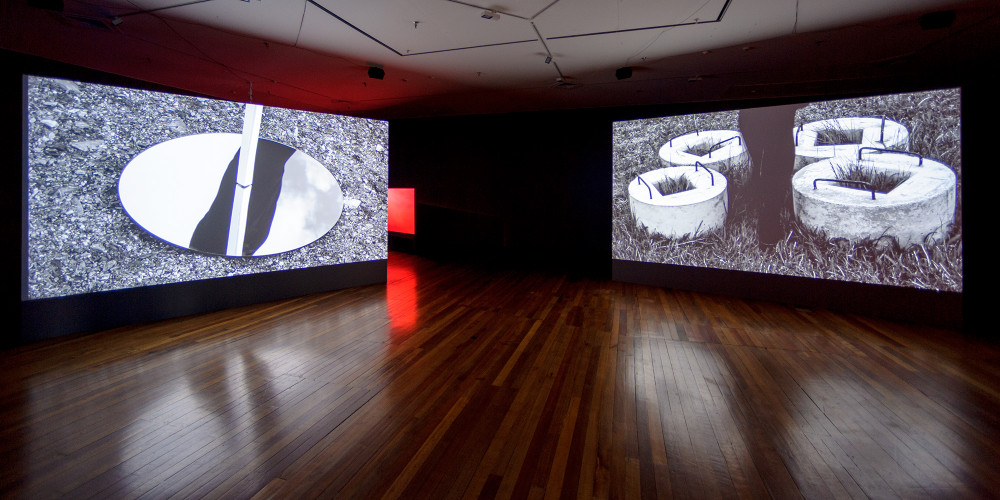 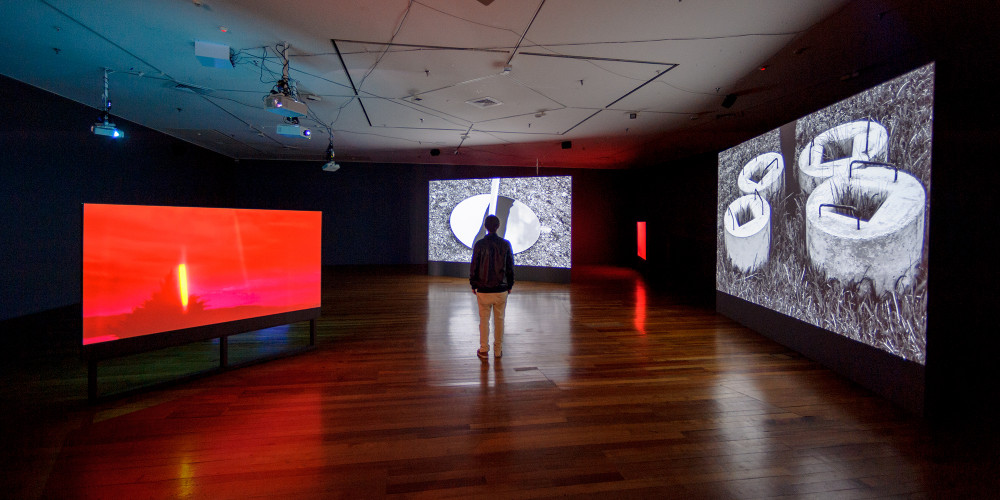 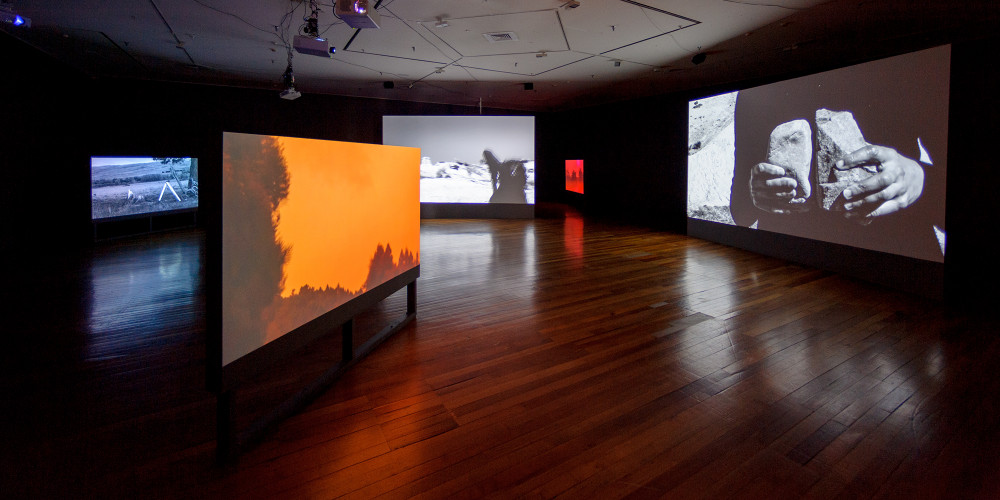 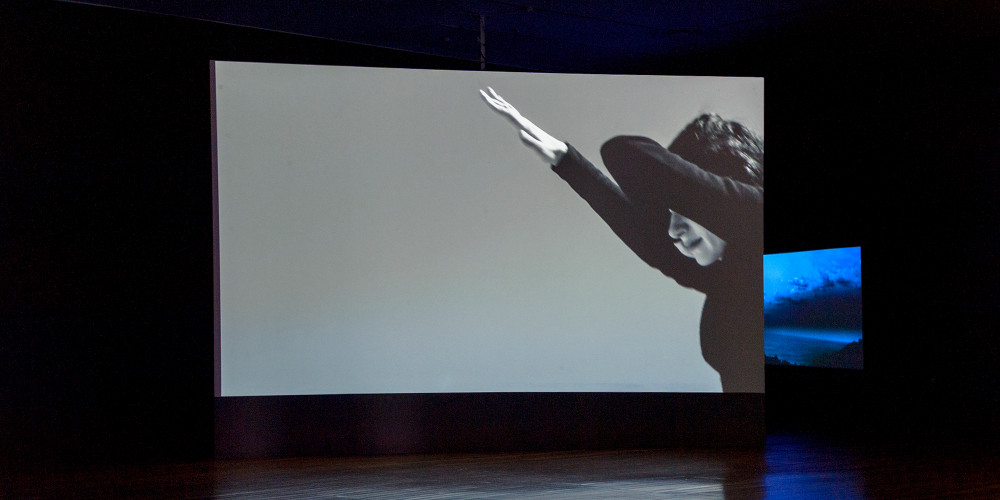 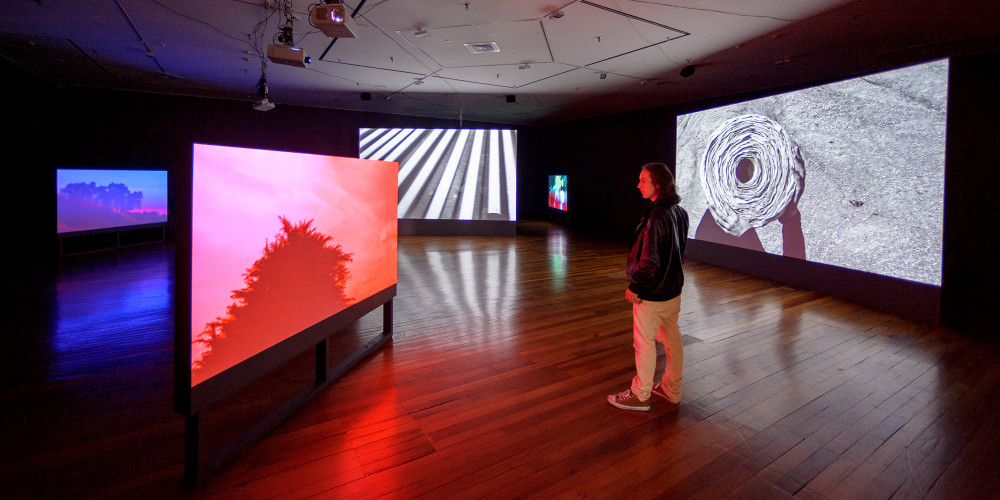 Gabriella Mangano and Silvana Mangano’s collaborative video practice investigates the interrelationship between their bodies, sculptural objects, time and space. This highly anticipated new work is the culmination of six weeks spent in Dunedin as part of the Gallery’s Visiting Artist Programme. These rhythmic compositions, un-choreographed movements, abandoned forms and ambiguous landscapes will mesmerize and draws audiences into their performances.

Gabriella Mangano and Silvana Mangano are well-known for their collaborative and performative video practice. The interrelationship between their bodies, sculptural objects, time and space are tested and investigated through a series of rhythmic and unchoreographed movements.  There is a direct influence from the handmade sculptural objects that feature in their practice to the final movements and actions produced. However, this relationship is not heavily emphasised; rather elements of form, structure, sound and space are of primary significance.

Visible Structures is their highly anticipated new work that was generated during a six week residency at the Dunedin Public Art Gallery.  The unknown environments and a strong sense of location played a significant role in the creation of this work for these Melbourne based artists. Here, a rental car became their studio, hitting the road early in the morning and returning home late at night – a map and the road markers guiding their path.  Visible Structures, filmed in various locations across the Otago region, utilises abandoned forms and ambiguous landscapes to draw audiences into their visual choreography.

Their complex sequences are projected onto five free-standing screens, of two distinct sizes, that surround, and can be navigated by, audiences. Each projection, a combination of black and white or colour, provides audiences with a different perspective within the minimal landscape. The addition of the mirror, which has been employed in previous works, is used as a tool to alter reality while also acting as an introduced sculptural form. The mirrored surface provides two viewpoints: the camera’s view and the view from the performer’s angle. The use of white tape and the artists’ bodies, with faces hidden, are also used to highlight elements and patterns in the landscapes, both functioning as tools to reveal shape and form within the composition.