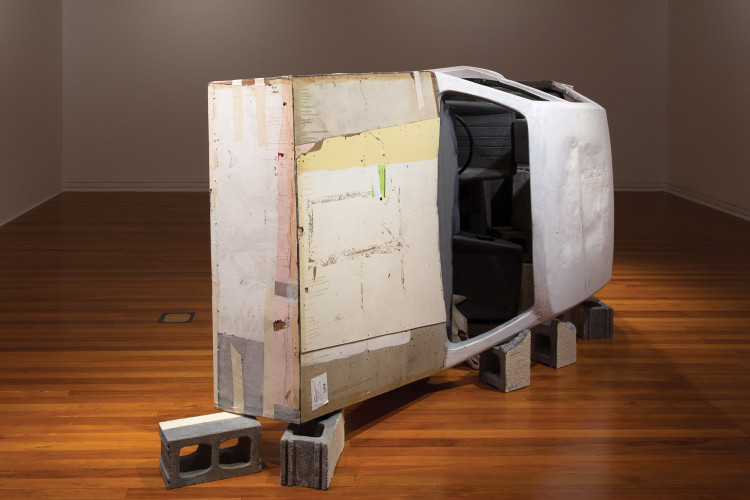 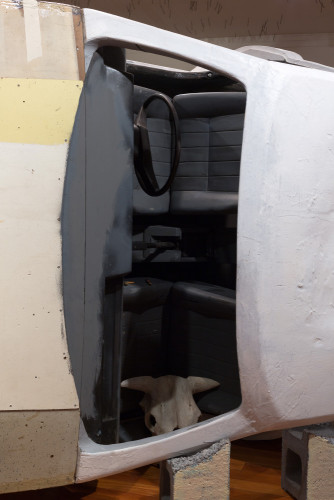 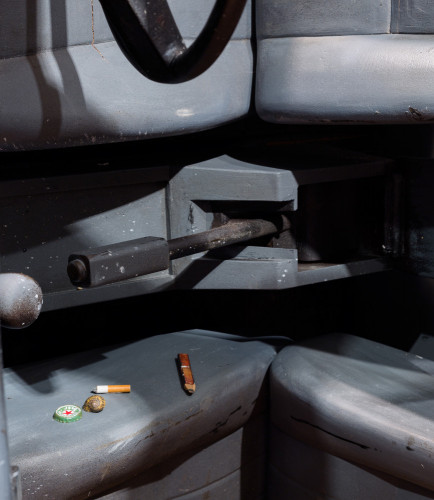 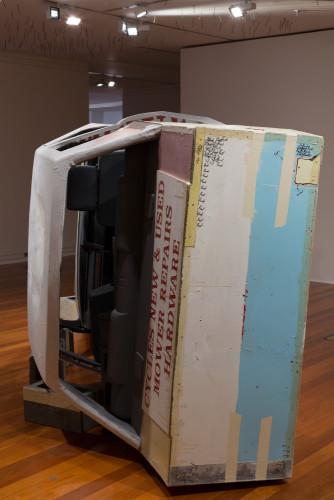 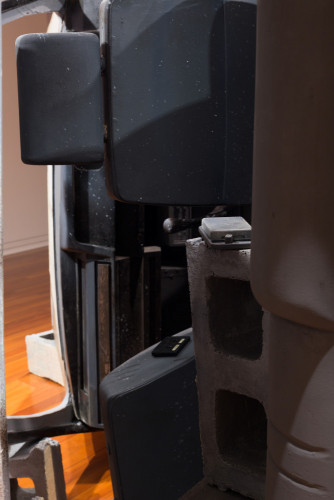 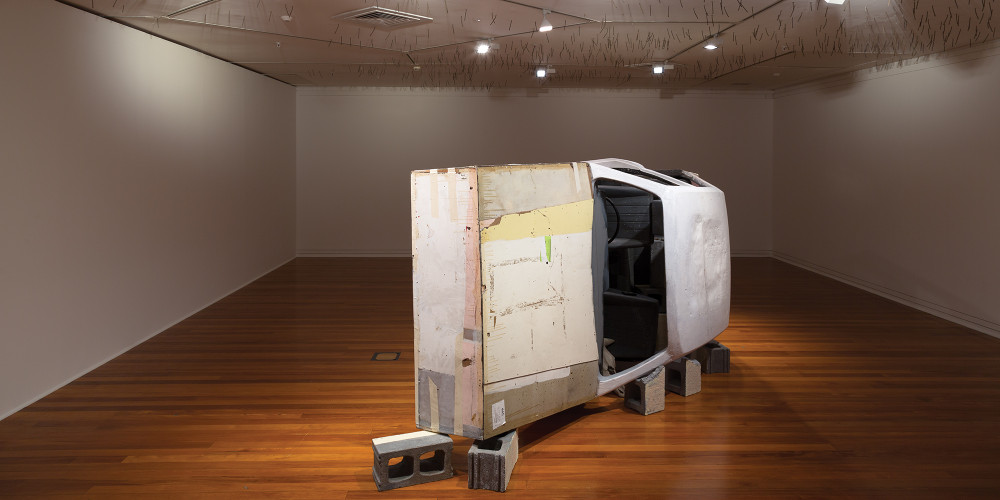 You’ve probably owned a Toyota Corolla. Or you’ve dated someone who did, or your dad drove one. Glen Hayward’s most vivid Corolla memory is of the wrecked one he used to play in as a child, abandoned in a paddock in Whanganui. This is the car Hayward presents in dendrochronology: the Corolla of childhood memory, resting on its side so we must come down to the height of a child in order to peer inside.

Unlike many of Hayward’s previous works, this sculpture is not an exact replica of the original. Hand-carved from wood and painted, the interior is a feat of meticulous imitation and craftsmanship. The exterior, however, is not – it is scrappy and lumpen, roughly pieced together from mismatched retro hardboard panels. Rather than representing a real car, dendrochronology conjures the idea of a car, the fleeting memory of a car – the cavity of a car as a site for imaginative play and magic.

Capitalising on the ordinariness of the Corolla and the evocative possibilities of sculpture, dendrochronology provokes us to encounter the world from the position of a child. Not only are we forced to bend or kneel in order to see inside the work, but Hayward’s careful replication of only the most minuscule details within a large-scale work shifts our perspective – we are compelled to attend most closely to those knobs and switches that are the parts of a car with which a child actively engages.