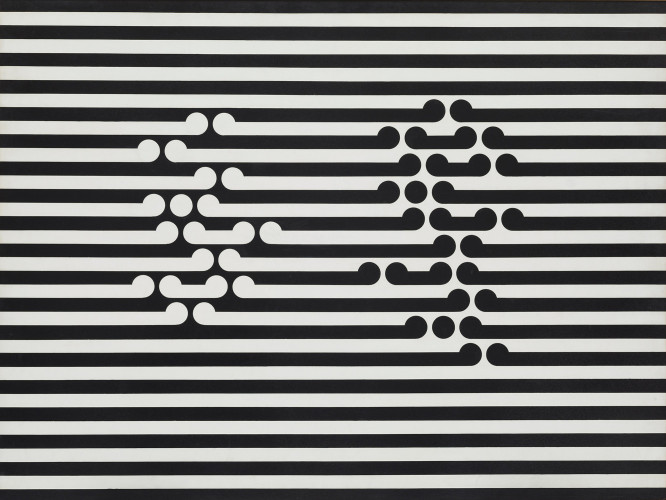 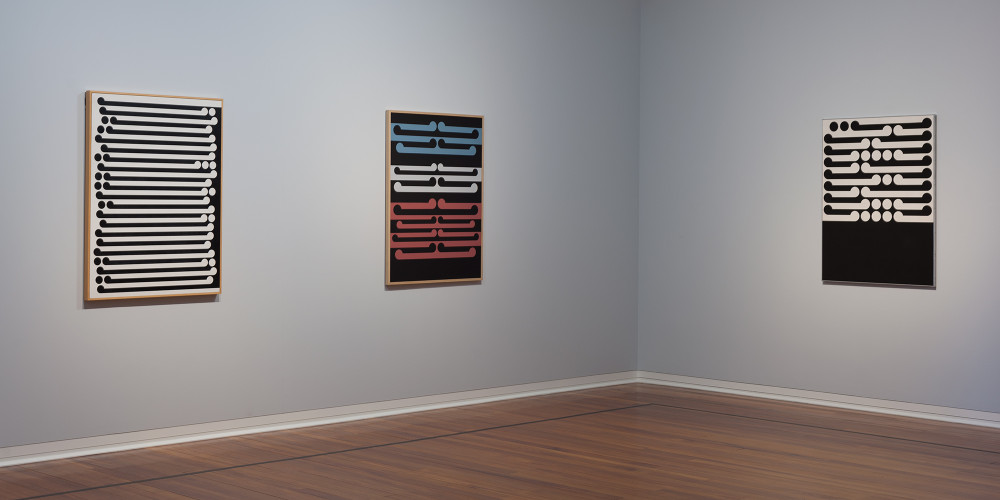 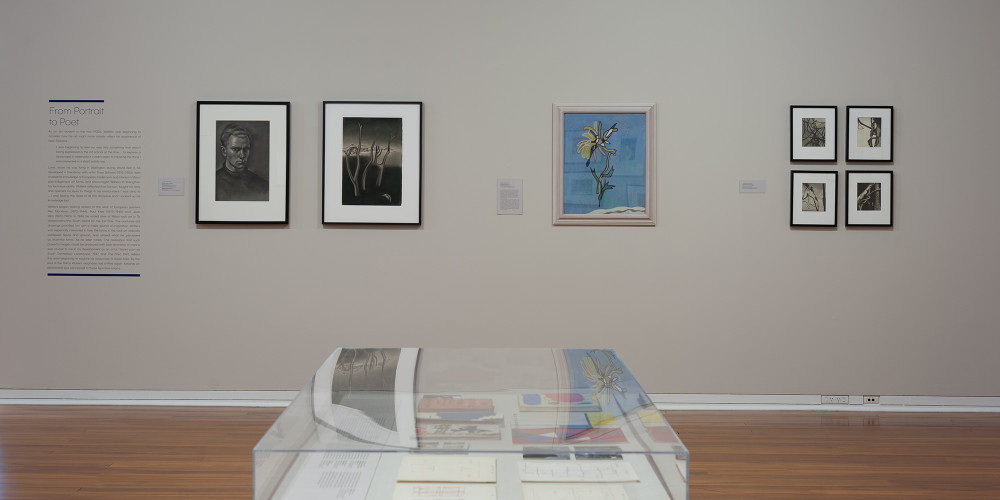 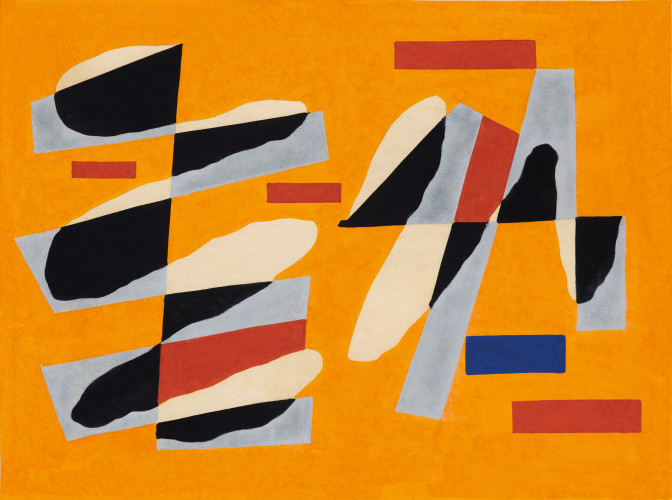 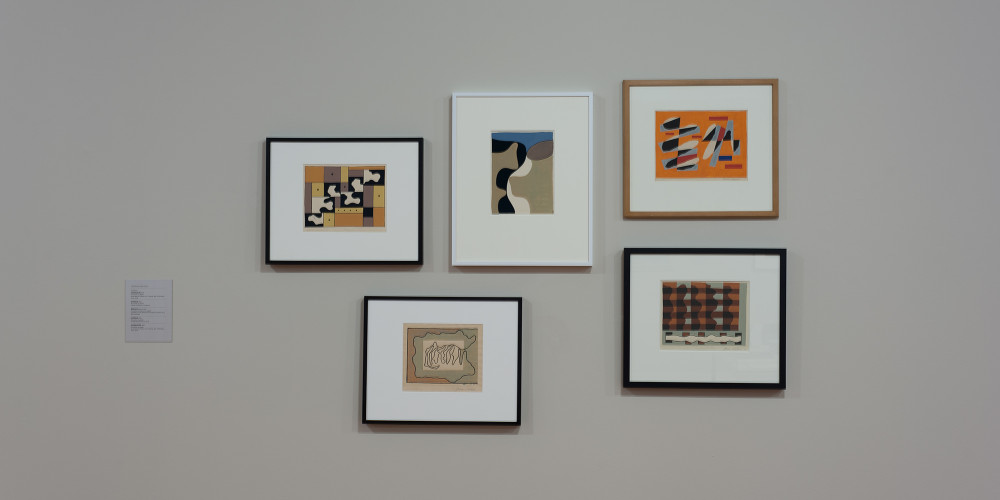 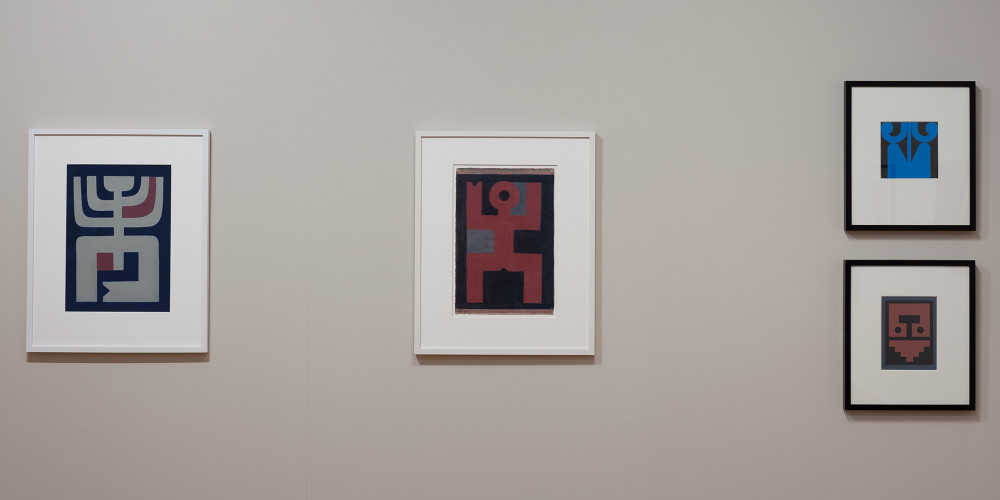 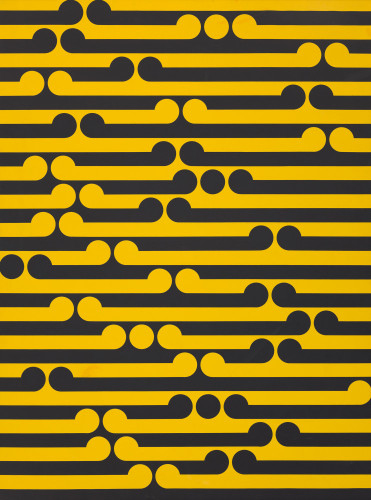 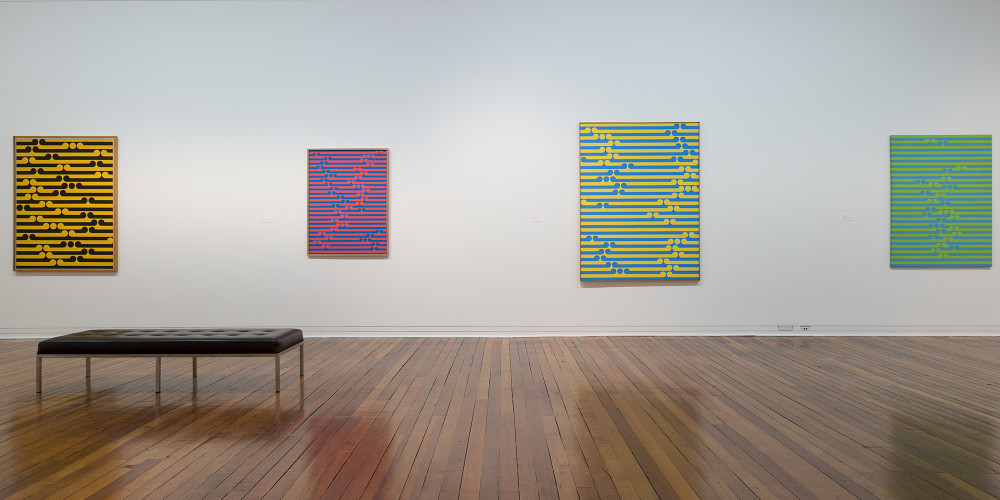 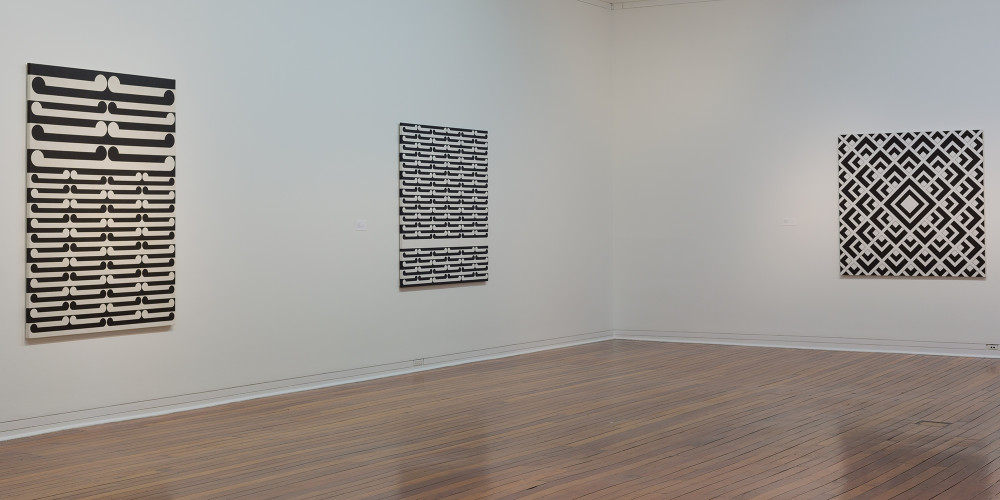 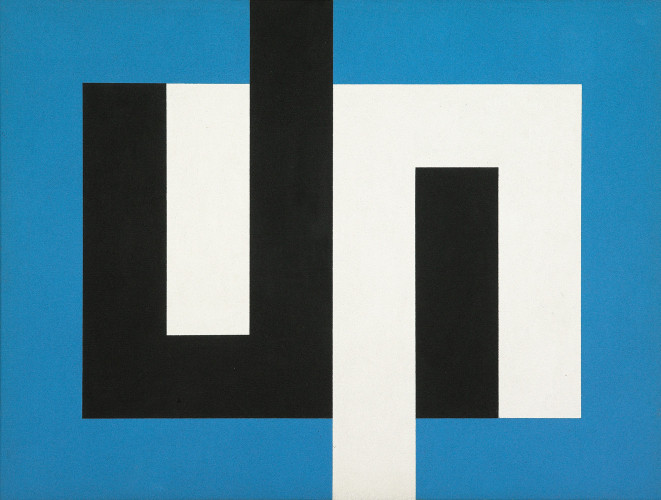 Gordon Walters (1919–1995) is one of Aotearoa New Zealand’s most significant modernist artists. For more than five decades, he explored the abstract potential of a limited range of forms, developing a visual language of great focus and refinement. Through extreme formal reduction, repetition and variation, Walters’ abstraction reveals an extraordinary poetic vision.

Walters described his art as an attempt to make sense of the environment in which he lived. His abstraction evolved through a synthesis of local and international forms and ideas, and was borne of the Pacific locale he called home. Walters is most recognised for his hard-edged compositions that employed the koru, the curving bulb form appearing in Māori kōwhaiwhai patterns. Gordon Walters: New Vision explores these works in the context of Walters’ wider practice to better appreciate the principles underpinning his abstraction.

Walters’ approach to geometric abstraction was informed by his interest in Māori art, and Indigenous art of the Pacific, and its ability to conjure what he called ‘the principle of repetition’. Gordon Walters: New Vision draws together works from across five decades to explore the genesis and evolution of Walters’ visual language. Engaging with the formal development of his practice in the 1950s, and acknowledging the importance of his study of Māori and Pacific art, this exhibition aims to both ground his work in its local environment and establish his stronger connections with its broader international context. Together, the works trace Walters’ practice as he developed and refined a format to express his singular vision.