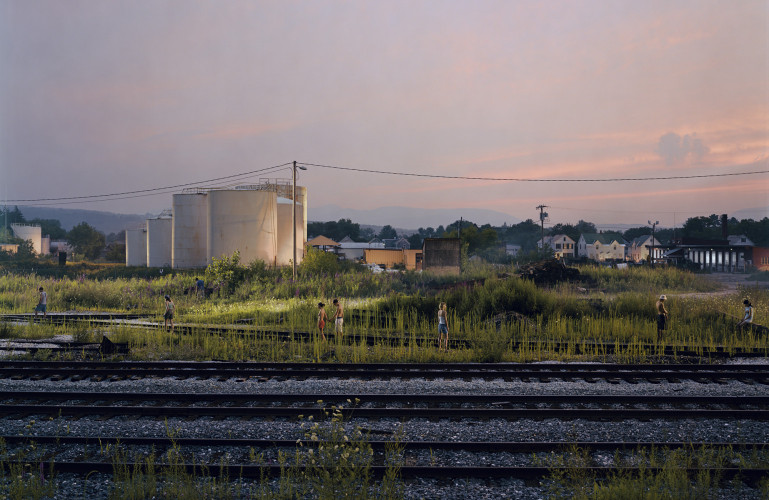 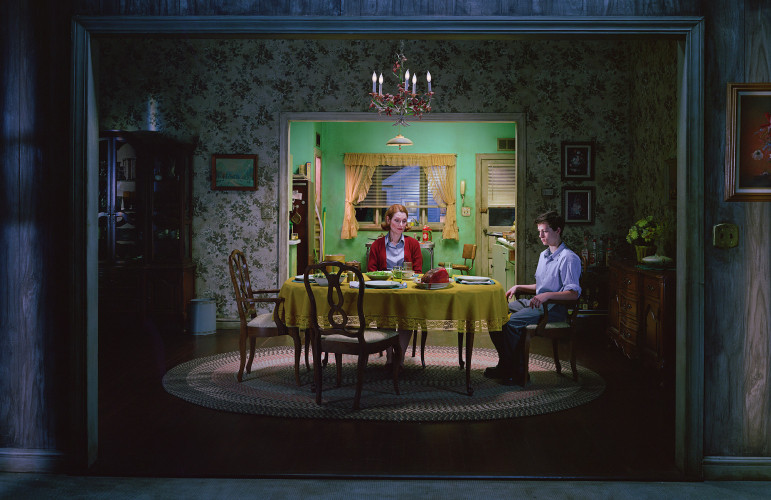 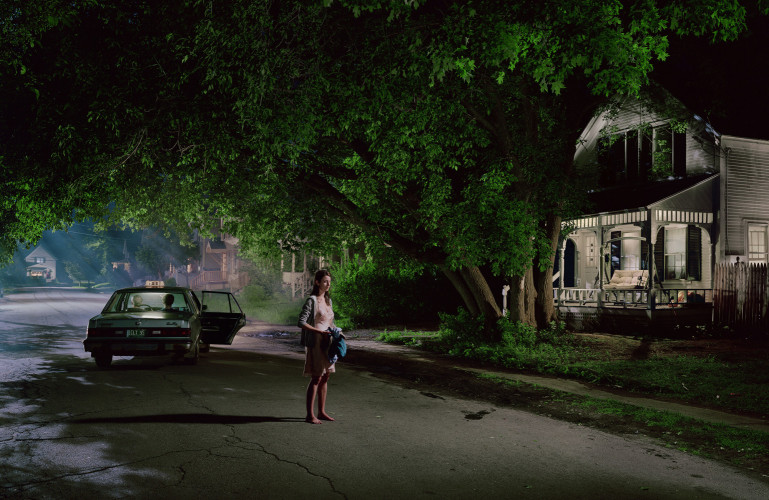 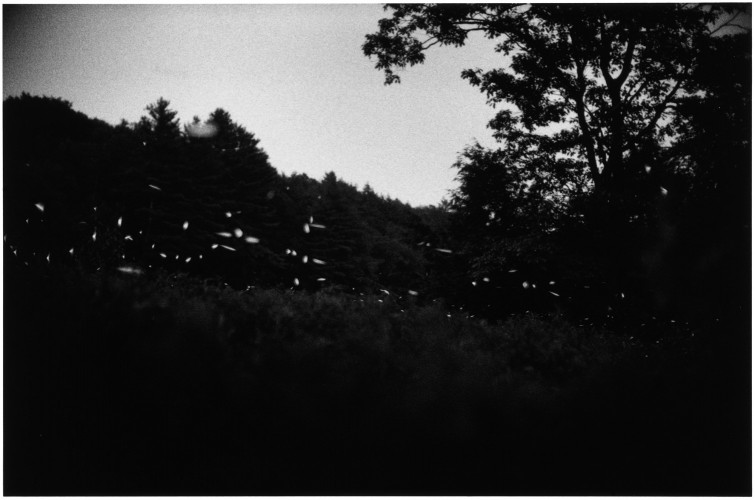 In a Lonely Place

The American middle-class nightmare: nothing is clean, orderly, idyllic, or romantic. In hisperfectly staged, hyper-realistic tableaux, photographer Gregory Crewdson reveals the claustrophobic limbo and abyss of spiritual repression that is the typical suburb. Here, hushed-up violence, alienation, isolation, and emptiness are nothing new or unfamiliar, but rather part of the everyday neighbourhood experience.

In a Lonely Place presents selections from three major series by Gregory Crewdson, Fireflies (1996), Beneath the Roses (2003 – 2008), Sanctuary (2010) and, presented for the first time,the video Field Notes (2009). The exhibition title comes from Nicholas Rayʼs 1950s film noir of the same name, one of many films that inspired Crewdson. In a Lonely Place is evocative of an underlying mood–a quiet feeling of alienation and loneliness that links the three series selected by curators Estelle Af Malmborg, Jens Erdman Rasmussen and Felix Hoffmann. In a Lonely Place presents the first comprehensive exhibition of Crewdsonʼs work in Australia.

In Beneath the Roses, anonymous townscapes, forest clearings and broad, desolate streets arerevealed as sites of mystery and wonder; similarly, ostensibly banal interiors become the staging grounds for strange human scenarios. Crewdsonʼs scenes are tangibly atmospheric: visually alluring and often deeply disquieting. Never anchored precisely in time or place, these and the other narratives of Beneath the Roses are located in the dystopic landscape of theanxious American imagination. Crewdson explores the American psyche and the dramas at playwithin quotidian environments.

In his most recent series, Sanctuary (2010), Crewdson has taken a new direction, shooting for the first time outside the US. During a trip to Rome, he visited the legendary Cinecittà studios, which was founded by Mussolini in the 1930s and is associated with the great Italian filmdirector Federico Fellini. Crewdson discovered fragments of a past glory, with occasional unexpected views of the surrounding contemporary Roman suburbia. Cinecittà is a lonely placedeserted by the film crews who once used the site to recreate settings of ancient Rome, medieval Italy and nineteenth-century New York.

In the intimate photographs of Fireflies, Crewdson portrays the mating ritual of fireflies at dusk, capturing the tiny insectsʼ transient moments of light as they illuminate the summer night. Unlikethe theatrical scale of the Beneath the Roses and Sanctuary series, Fireflies is a quiet meditation on the nature of light and desire, as the images reflect not only upon the fleeting movements of the insects in their intricate mating ritual, but upon the notion of photographyitself, in capturing a single ephemeral moment.

Gregory Crewdson received a BA from the State University of New York, Purchase, New York in 1985 and an MFA in Photography from Yale School of Art, Yale University, New Haven, Connecticut in 1988. He has exhibited widely in the United States and Europe. He is Associate Professor and Director of Graduate Studies in Photography at the Yale School of Art, Yale University. Gregory Crewdson is represented by Gagosian Gallery and White Cube Gallery.

Adapted from a text by Estelle Af Malmborg.