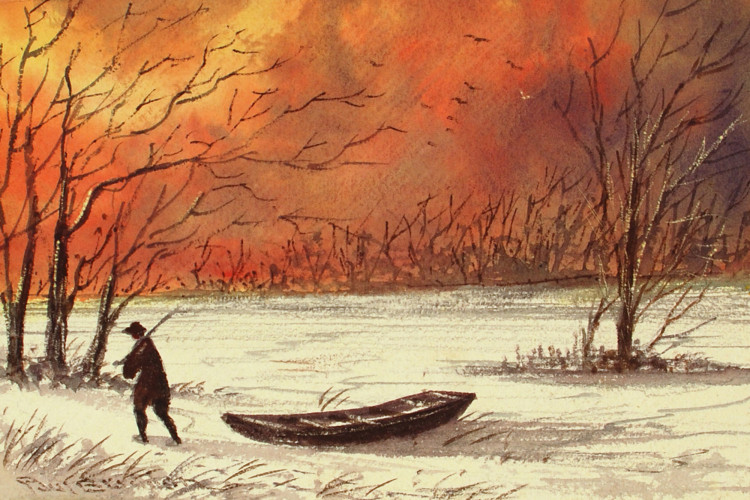 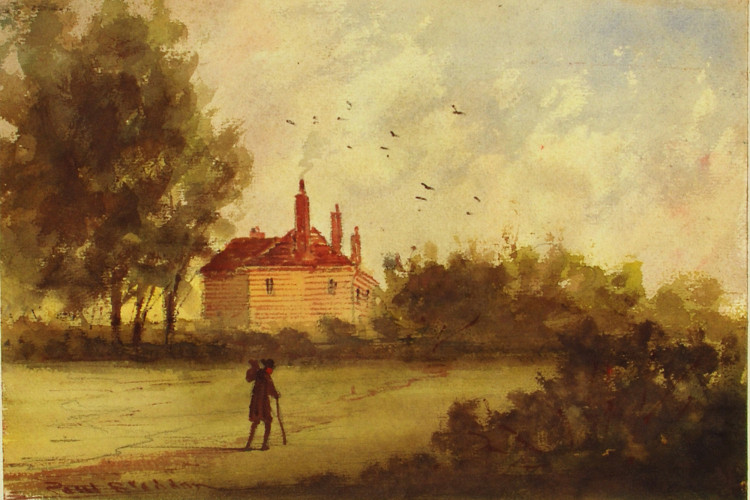 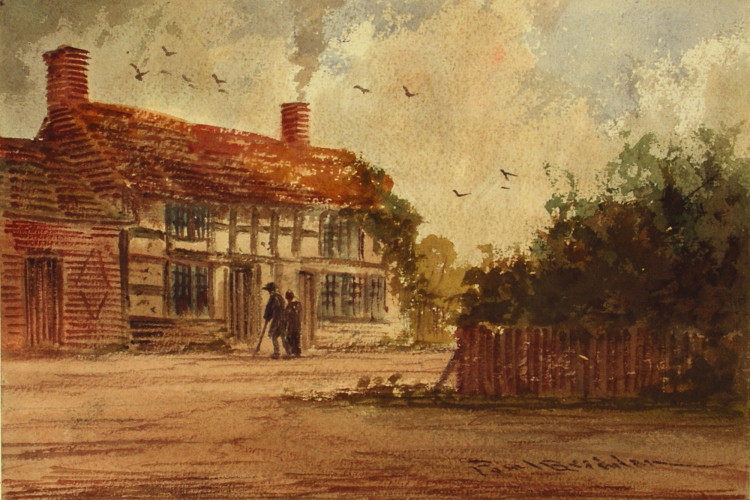 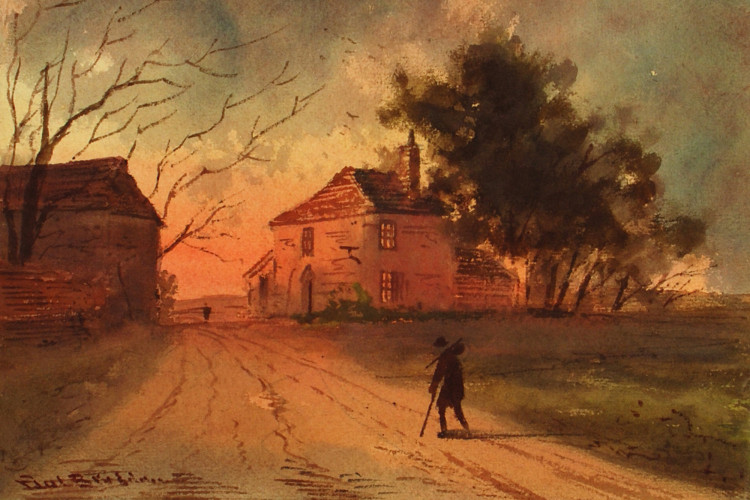 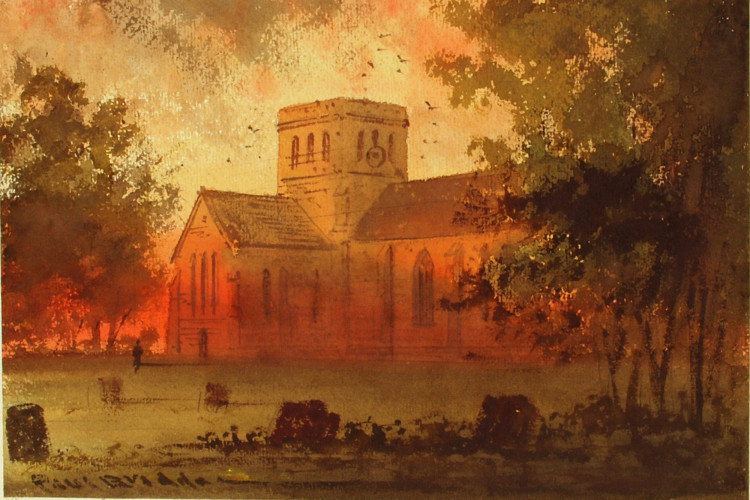 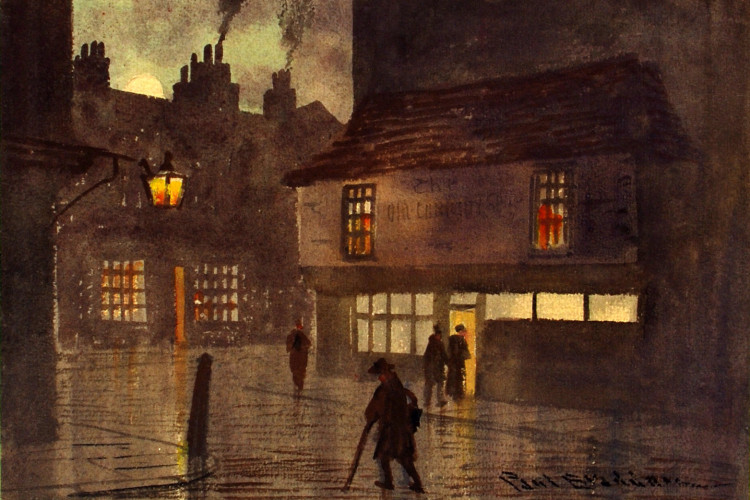 This year marks the 200th anniversary of the birth of Charles Dickens (7 February 1812 – 9 June 1870), one of English literature’s most beloved authors. No other writer has had so great an impact on our perception of Victorian England, and few can claim to have created so many characters (by one count, Dickens created 989). Several of these characters are now better known than many of the real-life celebrities of their day.

Rather than create fictional towns or counties for his memorable creations to inhabit, Dickens used actual locations from his native England (and elsewhere) in his novels. Such locations as Rockingham Castle in Leicestershire, the Fountain Hotel in Canterbury, Rochester Cathedral in Kent, and countless places in London became central to many of Dickens’s novels.

The 58 locations depicted in this exhibition were painted by Paul Braddon, the pseudonym of Birmingham born artist James Leslie Crees (1864 – 1938). Braddon spent his early artistic years sketching and drawing European churches and cathedrals. He later abandoned this style in favour of the watercolours for which he is best known, yet his architectural awareness still shows through in many of the buildings displayed here, which have the feel of coming from an architect’s sketchbook.

Literary lives and locations became something of a specialisation for Braddon. Buildings and landscapes associated with William Shakespeare, Samuel Johnson, William Makepeace Thackeray and Charles Lamb were just some of ‘haunts’ painted by Braddon, and in his Dickensian locations, he managed to capture the mood of Dickens’s stories, such as the light of Pickwick and the dark undertones of Bleak House.

In 2010 the watercolours, gifted to the Dunedin Public Library in 1956 by A. H. Reed, were professionally conserved and mounted in time for the internationally recognised Dickens birthday bicentennial. Reed (1875 – 1975), was an amateur author, long-distance walker, and founder of the Reed publishing firm. Dickens’s semi-autobiographical novel David Copperfield served as an inspiration for Reed, who began to seriously collect Dickensiana in the early 20th Century.

The exhibition is ‘book-ended’ with Braddon’s depictions of Dickens’s birthplace and houses he lived in or gained inspiration from, along with watercolours of the house Dickens died in while writing Edwin Drood and of his desired resting place near Rochester Castle. Dickens was, in fact, buried in Poets’ Corner, Westminster Abbey.