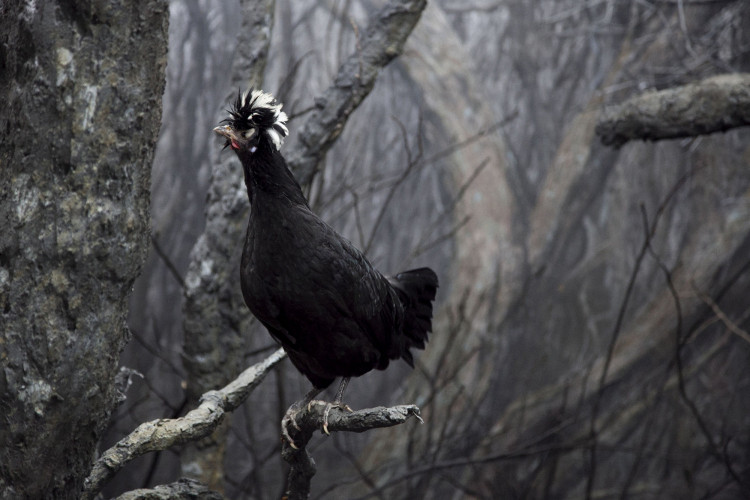 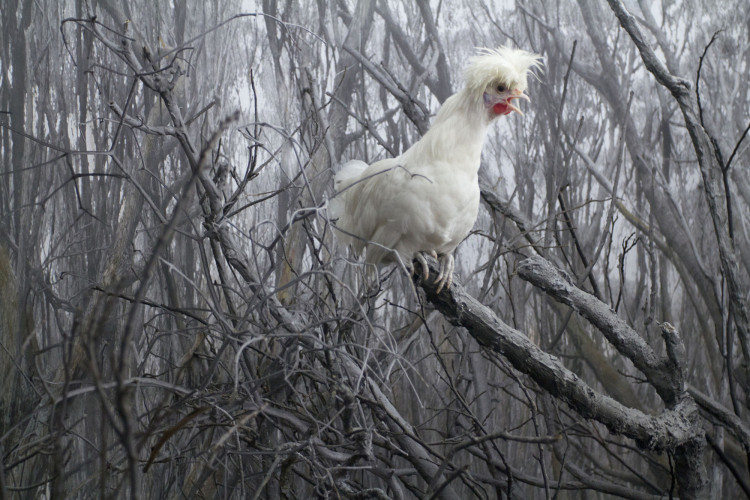 Occupying the Dunedin Pubic Art Gallery’s Rear Window over the summer months is Hayden Fowler’s New World Order (2013). With a background in animal behaviour and biology, Fowler’s work considers the natural world and the ways in which it is occupied, navigated and impacted by human beings, often focusing on feelings of loss, isolation and connection. With a practice that spans video, photography, installation and performance, Fowler often creates intricate dioramas and sets that depict fictional scenes, from barren dystopian landscapes to stylised surrealist interiors. These sets are then populated with people and/or animals including goats, rats and, as with New World Order, chickens.

The rare heritage-breed chickens in New World Order navigate Fowler’s bleak tree-filled post-human world – preening, flapping, scratching and moving around the branches and roots. The chickens provide energetic life to an otherwise desolate landscape, aided by the computer-generated squeaks that punctuate the environment. When producing this work, Fowler used a series of tunnels and birdhouses that allowed the chickens to enter and exit the greyscale landscape. Fowler then ‘spent several months training the heritage-breed chickens to explore the diorama and tunnel system so that he could record them performing as ‘naturally’ as possible’.1

Hayden Fowler was born in Te Awamutu, New Zealand in 1973. He splits his time between Sydney Australia, where he lectures in Fine Arts studio at University of New South Wales Art & Design, and Berlin, Germany.