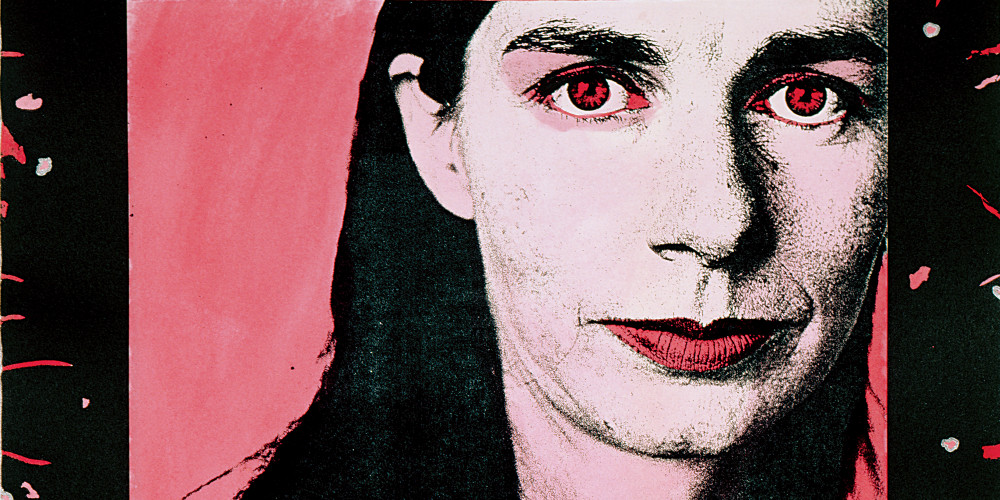 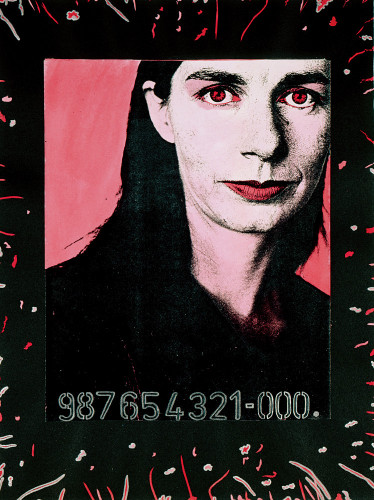 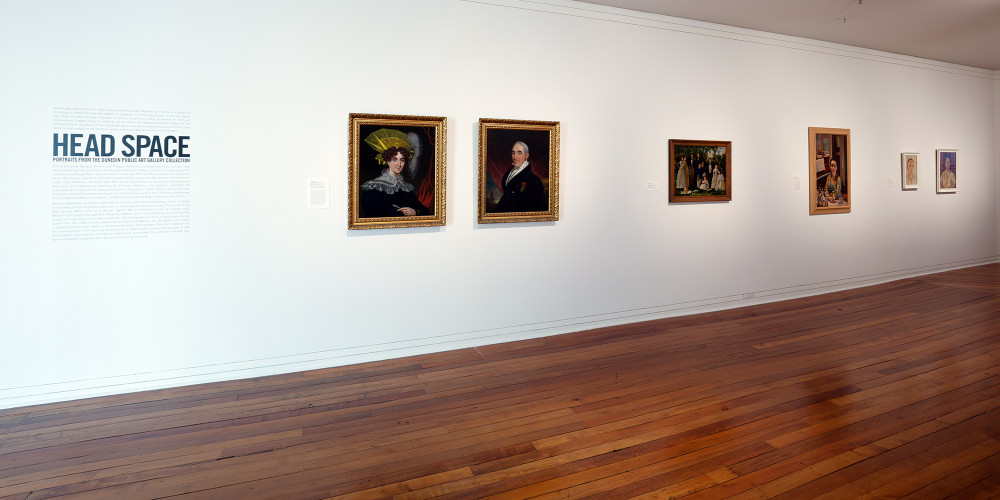 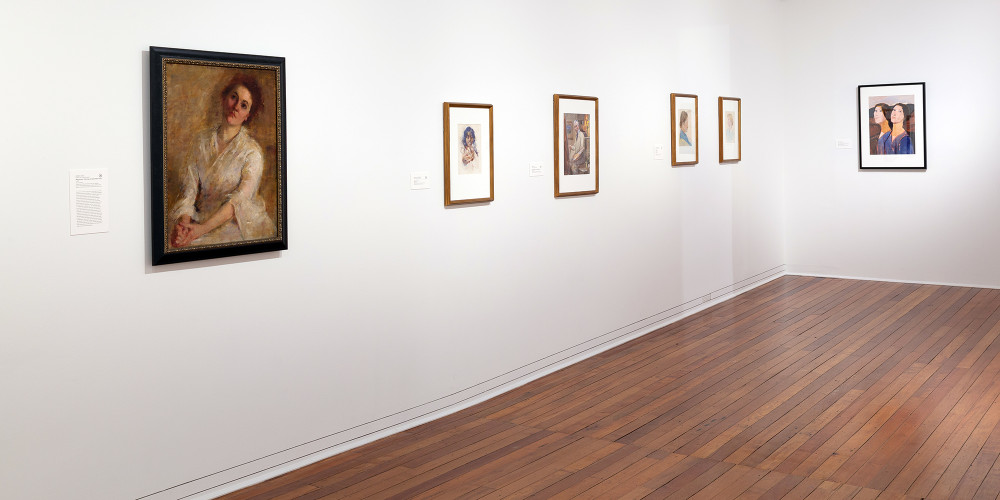 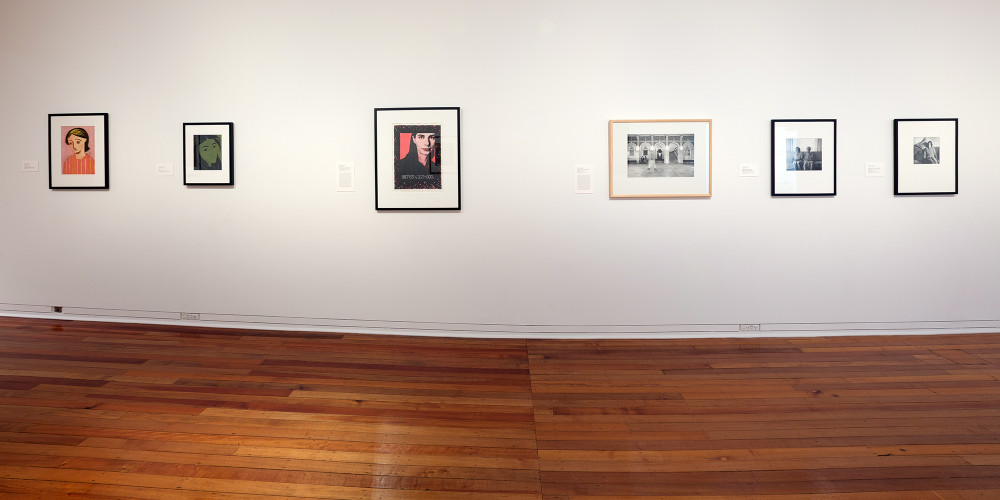 Portraits from the Collection

Historically, portraiture has often been positioned within Western art history as a means of recording or memorialising the wealthy or powerful. As time has passed, the portrait genre has come to reflect broader changes in society, becoming a more accessible art form and representing a wider range of subjects. As we see in the adjacent exhibition Zidane: A 21st Century Portrait, the advent of the Digital Revolution and the changing media environment have had a radical impact on the function, status and mass-distribution of portrait images.

Sitting alongside Douglas Gordon and Philippe Parreno’s contemporary filmic portrait, Head Space draws together works from the Dunedin Public Art Gallery’s collection of portraiture. The companion paintings Major Townsend Moncton Halland Mrs Eliza Moncton Hall offer a vision of early 19th century aspiration; the artist presenting the subjects to the world in all their finery. Grace Joel’s Memories: Portrait of Kate Morrison is characteristic of the artist’s impressionistic style and, accompanied by paintings by Frances Hodgkins, the selection highlights the achievements of some of the pioneering women of Dunedin’s artistic history. The self-portrait assumes a prominent position amongst the contemporary works in this collection, represented here by Marilynn Webb, Annie Baird, Jeffrey Harris and Shona Rapira Davies among others.

Where traditionally the genre of portraiture has been dominated by painting, media including printmaking and photography have risen to challenge this dominance over the course of the 20th century. Works such as E. Mervyn Taylor’s Mai and Portrait of a Girl by Scottish artist William Scott exploit the qualities offered by different forms of printmaking, and through this convey a strong sense of their own modernity. The photographic portraits in Head Spaceinclude works from the 1980s by Gary Blackman and Adrienne Martyn, set alongside more recent ‘Lavatory Self-Portraits’ taken by Armenian-American photographer Nina Katchadourian on her camera phone. From painting society’s elite to reflecting the democratising power of new technologies, this exhibition provides an opportunity to consider the significant changes that have continued to shape the face of portraiture over generations.