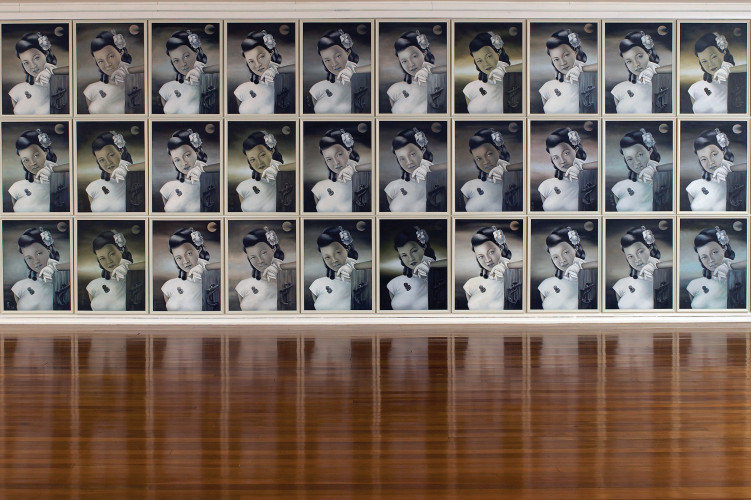 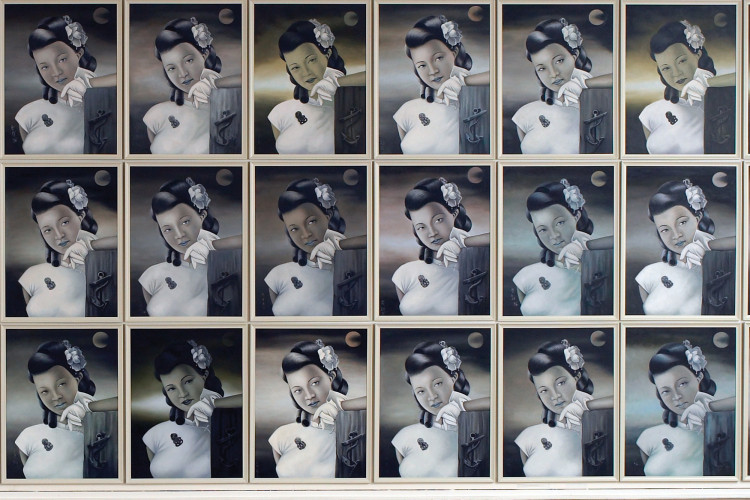 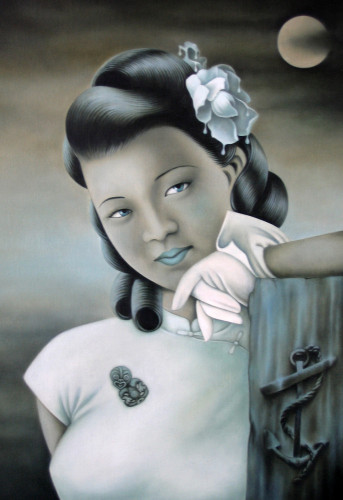 Heather Straka The Asian 2010. Oil on canvas. Collection of the artist 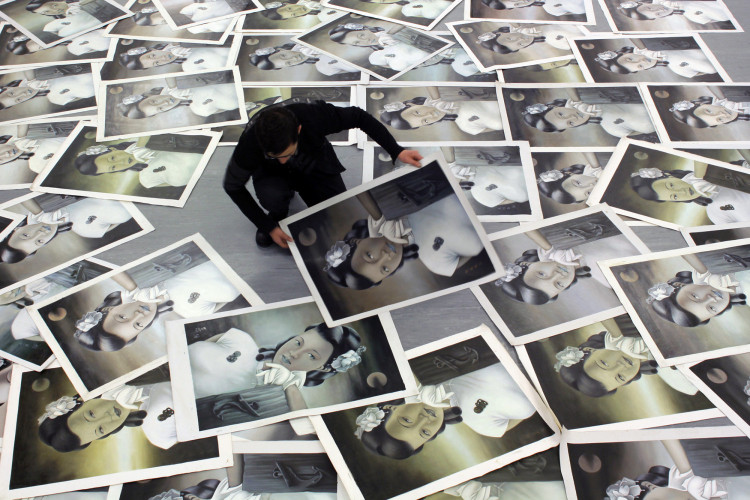 Artist, Heather Straka, with the copies of The Asian, 2010.

The Asian is the first major solo exhibition by Heather Straka in a New Zealand public art gallery.  This installation is comprised of an original painting by Straka and fifty copies produced by fifty Chinese artisans working from the Dafen Oil Painting Village in the Longgang District of Shenzhen. Straka is an artist who has built a reputation over the last decade for her ability to seamlessly fuse appropriated ‘sitters’ from historical paintings, with contemporary imagery and concerns relating to sexual identity and cultural politics.

The Asian represents a significant shift in the way that Straka operates as an artist.  In this instance she has moved from the art studio, to a situation where she has managed the production of multiple hand-made copies of her own work within a foreign environment. As part of the process, Straka spent a sustained period on the ground in China, discussing the ideas and implications of her project with the copy artists and company representatives from the Dafen Village, then inviting the artists to sign their versions of her ‘Asian Girl’ painting.

The twist in this project is that Straka has sent her contemporary version of an early 20th century Shanghai poster girl, to be copied at its cultural source.  The Asian brings into question the relationship between the original and replica because as the commissioning artist, Straka has not only duplicated aspects of the Shanghai poster girl tradition, she has also intentionally concealed her hand by displaying all the paintings together, in a salon-style hang, without distinguishing her original.

As an image of desire, the Shanghai poster girl became an important marketing device for selling consumer goods to the growing urban Chinese middle classes between the early 1920s and mid 1930s.  The glamorous sexy modern Asian woman became ubiquitous in this period, appearing in newspapers, magazines, billboard campaigns, popular fiction and films.  She became the emblem for a new modernised China and was increasingly promoted as an attainable fantasy for a new generation of middle to upper class emancipated women.

In this updated version of the Shanghai poster girl, Straka has added a tiki, deliberately returning the painting to a New Zealand cultural context.  The addition of this Maori motif in this series of paintings is significant because the tiki, as an object distinct from Chinese culture, acts as the ‘indefinite article’ for the copy artists. The use of the tiki in The Asian also invites the audience to consider the mass production and trade in ‘authentic’ cultural goods and experiences, both historically and within contemporary times.