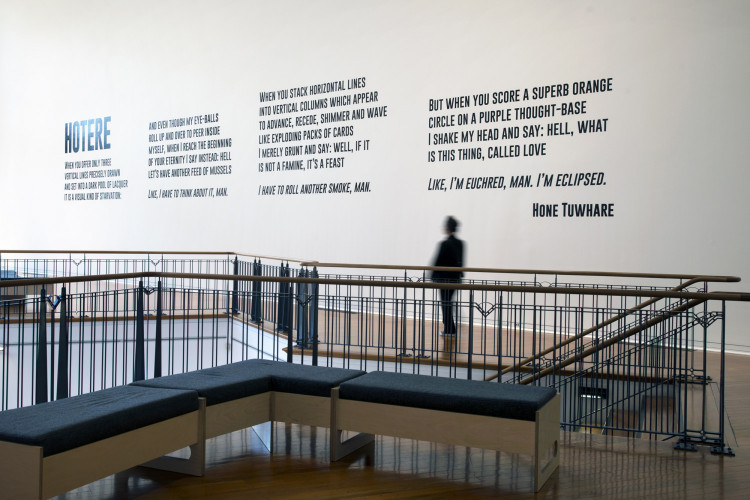 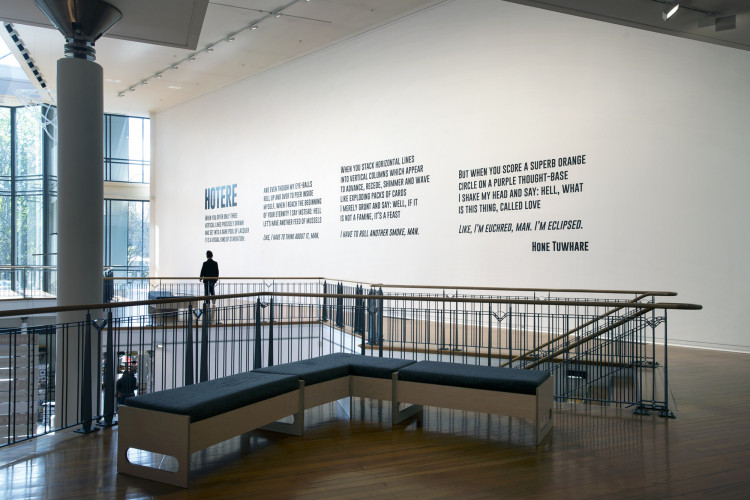 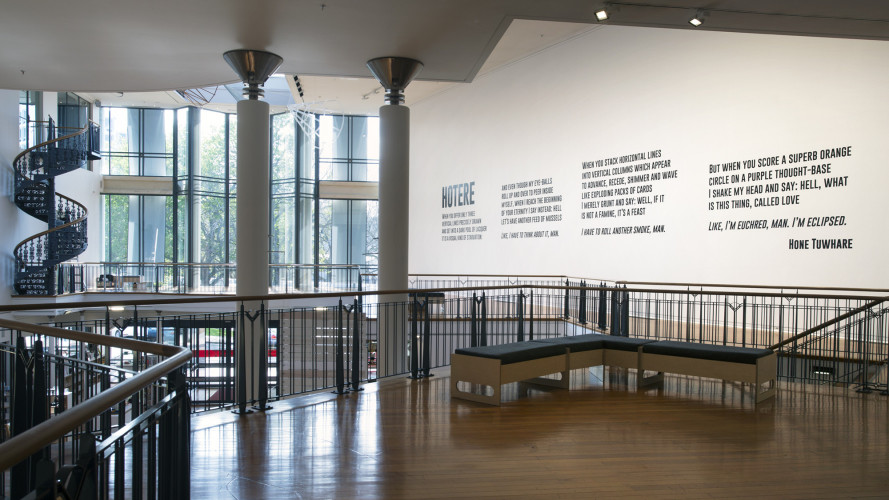 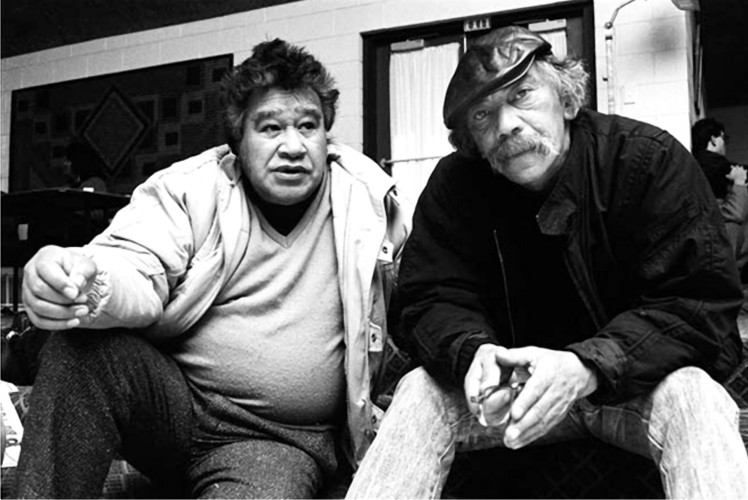 Published on the Gallery's BIG WALL – a large scale version of –

Hone Tuwhare (Ngapuhi, Ngāti korokoro, Ngāti Tautahi, Te Popoto, Te Uri o Hau) is widely regarded as one of Aotearoa New Zealand’s most accomplished and treasured poets. Trained as a boilermaker, Tuwhare was a trade unionist and, for a time, a member of the Communist Party. Passionate about human rights, and in particular about Māori rights, in the 1970s he was an organiser for the first Māori writers and artists hui at Te Kaha and marched in the Māori Land March in 1975.

Tuwhare’s first book of poems “No Ordinary Sun” was published in 1963 and he was the first Māori poet to be published in English. He received the Burns Writers Fellowship at Otago University in 1969 and 1974, was a Goethe-Institut German Academic Fellow (Berlin) in 1985 and the Auckland University Literary Fellow in 1991. Tuwhare was Aotearoa’s Poet Laureate in 1999, and in 2003 was named one of New Zealand’s 10 greatest living artists and received the inaugural Prime Ministers’ Award for Literary Achievement.

Hone Tuwhare and Ralph Hotere were good friends; their independent artistic careers united by a shared concern for human rights and injustice.  There was a mutual respect and moments of cross-pollination between the work of each. Hotere drew on Tuwhare’s poems in several of his paintings, also contributing cover designs for a number of Tuwhare’s volumes of poetry.  In 1970 Tuwhare released the book Come Rain Hail, which included the poem ‘Hotere’ – a reflection on art, friendship, time and space.

The Hone Tuwhare Charitable Trust was established in July 2010 to purchase and restore Hone Tuwhare’s crib and writer’s shed in Kaka Point, Catlins, South Otago. The kaupapa of the Tuwhare Trust is to inspire people through the preservation, promotion and celebration of Hone’s legacy. The primary purpose of the Trust is to establish the Aotearoa’s first writer’s residency in the name and home of a Māori writer; develop a Tuwhare poetry in schools programme; and initiate events throughout Aotearoa which celebrate Hone Tuwhare and his contribution to the arts. The Tuwhare Trust is currently working towards the completion in late 2021 of the restoration of Hone’s crib and a second small building also used by Hone as a writer’s room.