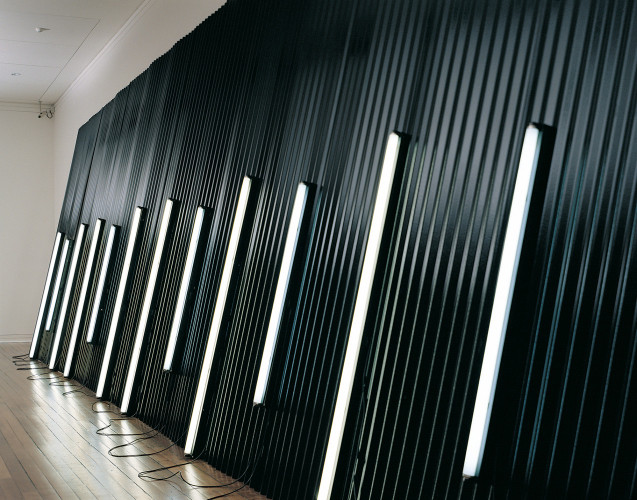 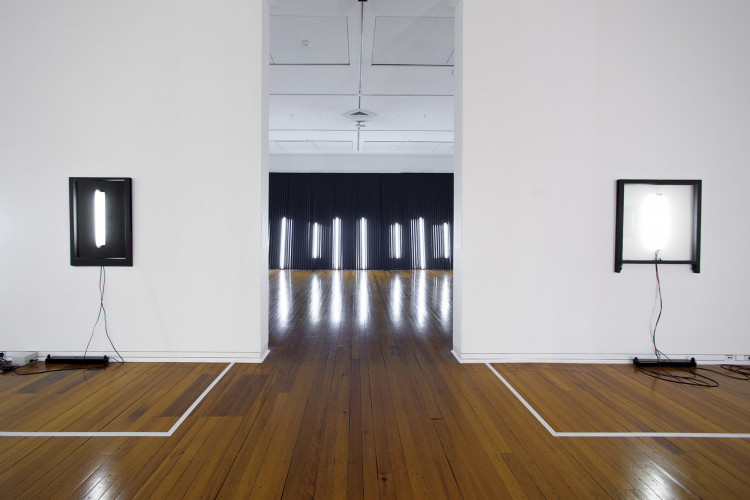 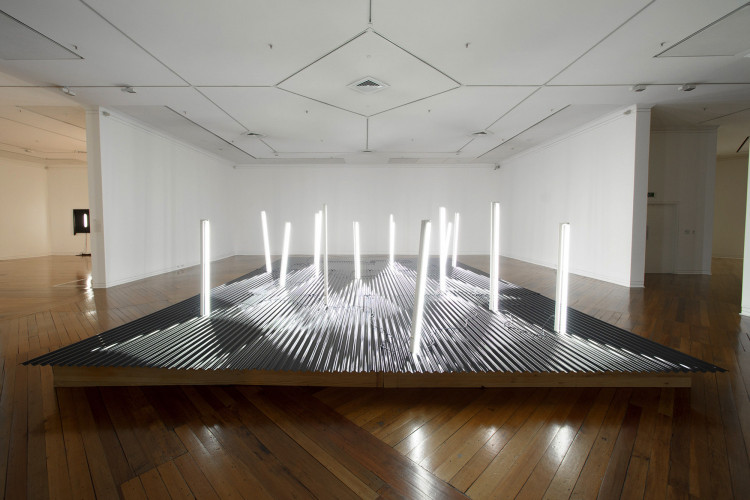 As individual artists, both Bill Culbert and Ralph Hotere have left an indelible mark on the New Zealand contemporary art landscape, through their use of utilitarian materials, stark socio-political commentary and poetic visual repertoire.  This admirable status has been garnered largely as a result of the consistency, finesse and conceptual rigour of their practice.  As fiercely independent figures, both have fashioned their own artistic direction. This major survey exhibition focuses on these artists’ exceptional collaborative relationship, which saw them producing a series of awe inspiring and provocative installations.

The collaborative works they initiated together, from the late seventies until the early two thousands, provides a fascinating glimpse into an artistic give and take by two maestros of creative gamesmanship. Hotere Culbert sets out torecognise one of this country’s most important and imaginative artistic partnerships, by bringing together the largest ever gathering of works from this affiliation, including the key pieces: Pathway to the Sea – Aramoana, P.R.O.P. and Blackwater. In conjunction with this, there is the chance to experience other series, such as Whale/Bone and Post Black, and the rarely seen, displayed very briefly only once before, first work Untitled (Avignon crate).

The impetus for Hotere Culbert has always been about recovering, reconnecting and revitalising the various elements from this prodigious relationship. It is both a timely and necessary exhibition - Hotere passed away on the 24 February 2013 and Culbert was selected to represent New Zealand at the  55th Venice Biennale – two major events which further highlighted the individual and collaborative contribution that these artists have made to a national and international contemporary art discourse. Hotere Culbert is a unique occasion to see the major works, creative processes and collective vision of two of New Zealand’s most highly acclaimed and recognised artists of the late twentieth century in a single exposé.