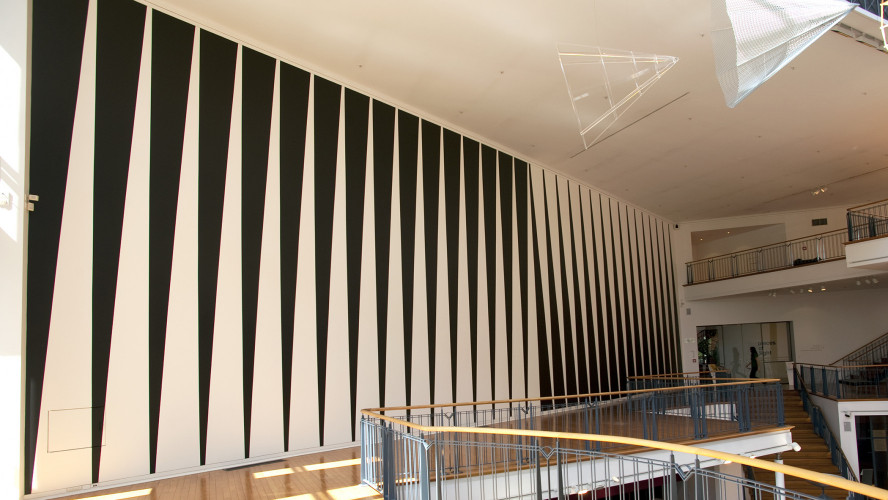 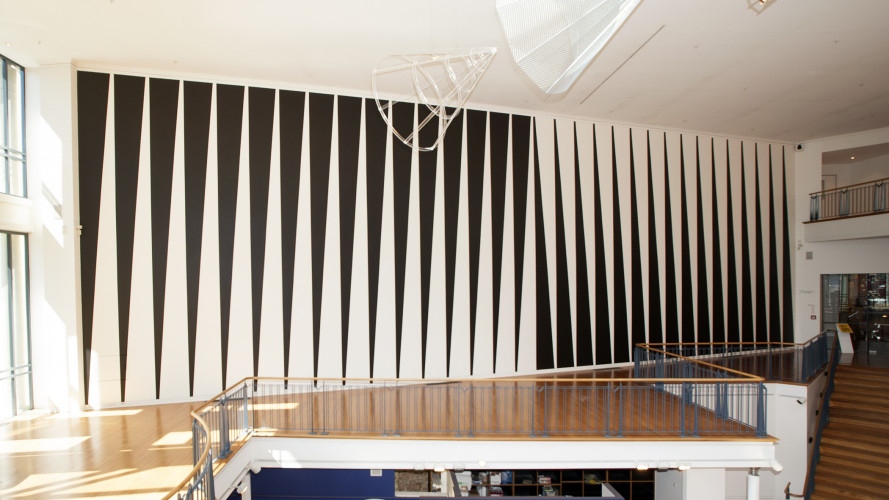 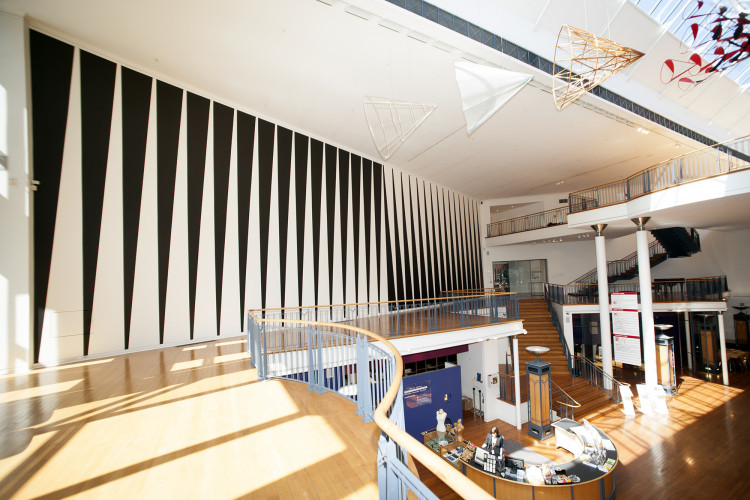 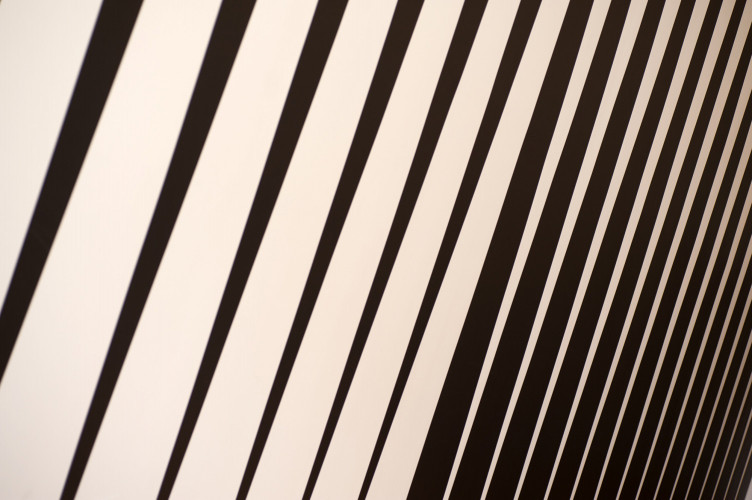 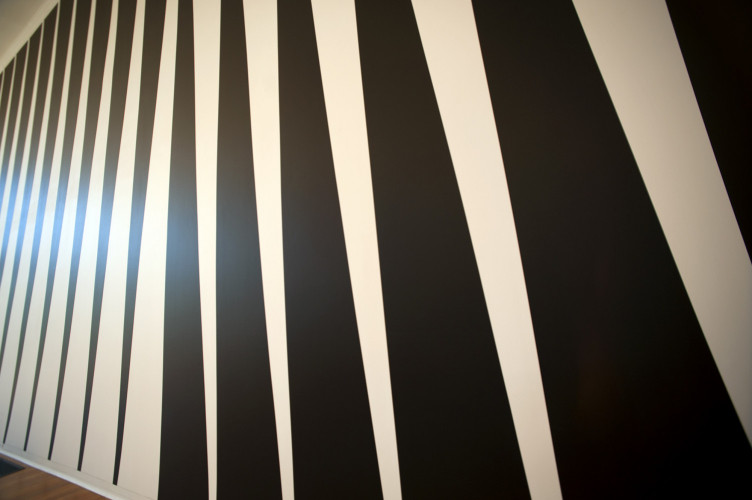 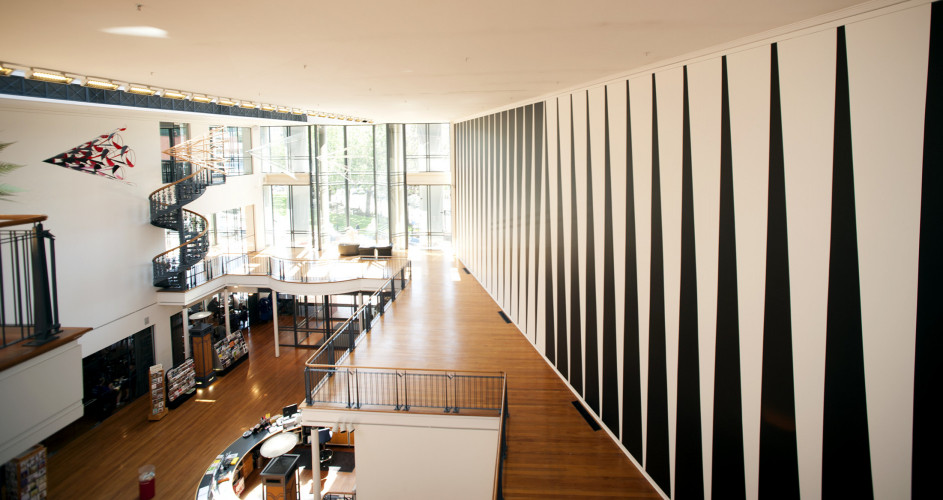 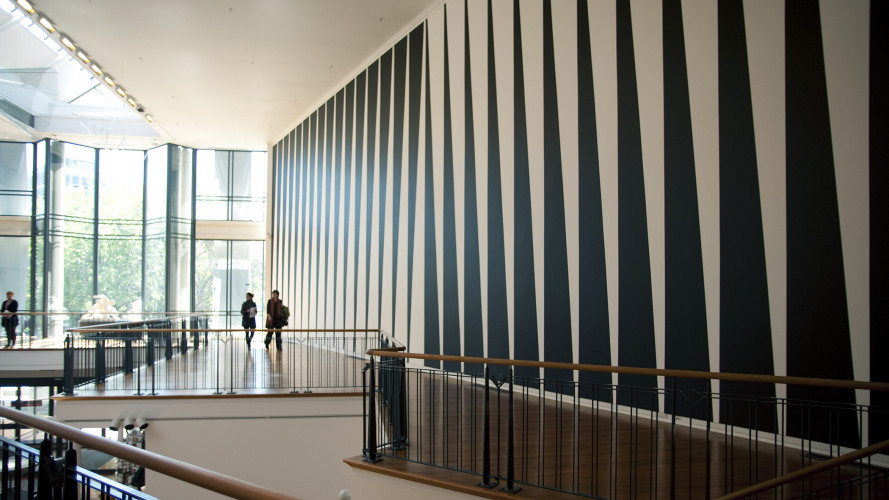 A regular visitor to this part of the world, it is more than a decade since Jan van der Ploeg’s paintings have appeared at the Dunedin Public Art Gallery.  As a component of the Open Hang exhibition (1997), van der Ploeg was invited to select an artwork from this Gallery’s collection to go alongside a series of his small abstract paintings.  He chose the iconic koru painting Pipitea (1982) by Gordon Walters who he greatly admired, and which is coincidently currently on display in Beloved.

As part of a new generation of artist’s who emerged in Modernism’s wake, van der Ploeg has become an important exponent and advocate for rethinking both the language and ways that formal abstraction can be applied in contemporary painting.  Untitled (Dignity) is an example of van der Ploeg’s ability to revitalise this form of practice, firstly by making it an immersive and overwhelming experience, but also by heightening its relationship with the particular architectural nuances and temporal qualities of this space.

Designed especially for this site Untitled (Dignity) is atypical of this artist’s Wall Painting practice, with its emphasis on a sharply delineated vertical axis that playfully articulates the gentle slope of the Big Wall. However, the mesmerizing, rippling, expanding and contracting qualities of Untitled (Dignity) is more representative of van der Ploeg’s other works, which tend to be memorable for their explosive colour combinations, stark graphic qualities and looping, folding and mirroring patterns.