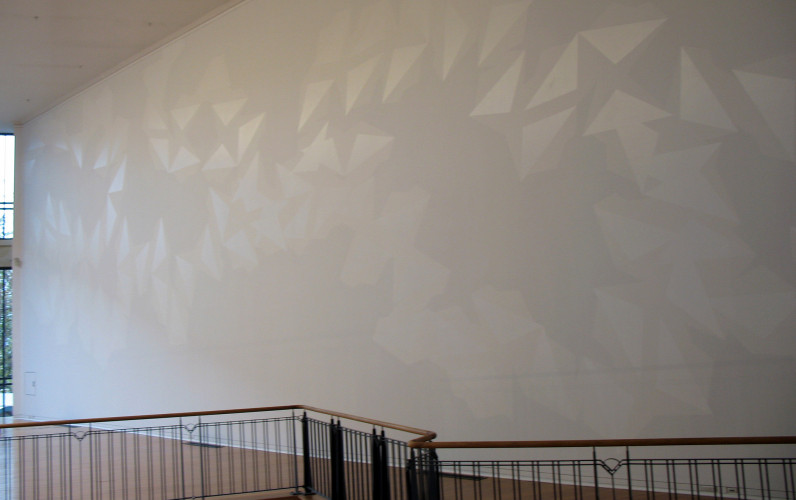 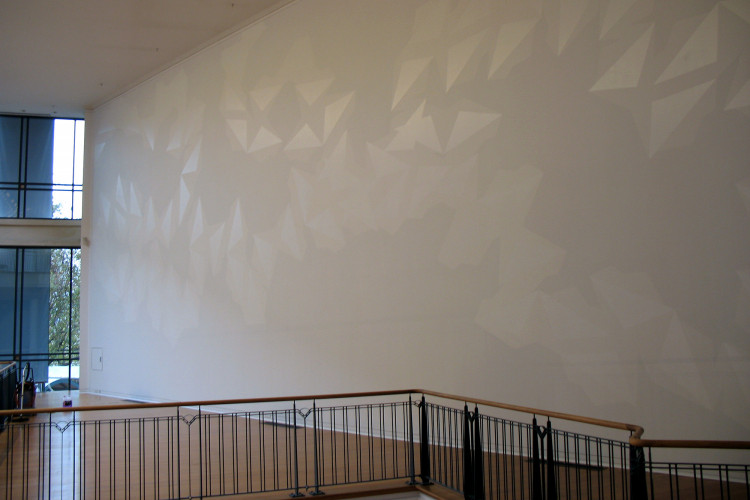 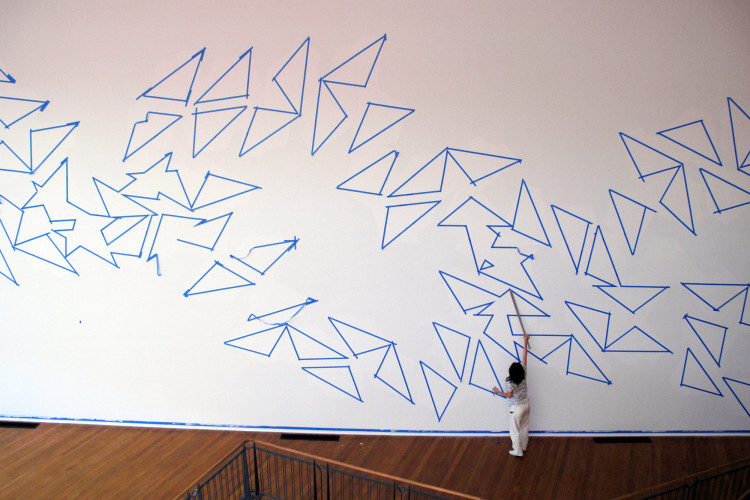 Jeena Shin is the third artist over the last twelve months to produce a monochromatic painting for the Big Wall. While the change over of projects for this site is usually determined by what proposals have been received, and an artist’s availability, for this series of commissions, a more sharply defined order was set in place.  The logic behind this strategy was to see how a series of painters, which has included Jan van der Ploeg and Simon Morris, who share a common set of artistic values and have an appreciation of each other’s practice, would approach the Big Wall.

The fascinating result of this exercise, is that in spite of reducing their palettes down to a set of simple monotones, these artists have all disclosed very different ways of activating this expansive wall, the architectural nuances of this space and the very materiality of paint.

Fractus is the most visually complex and the most subtle wall drawing in this monochrome trilogy.  By far, Shin’s most ambitious work to date in terms of scale and complexity, this mesmerizing painting draws out the temporal and spatial qualities of the site.  Although familiar with this location, Shin initially mapped out six different propositions for the wall drawing, each variation articulating the tumbling triangular form in different levels of complexity, as it arced across the wall.

Fractus, which in Latin means broken up, was resolved when Shin spent time in the Gallery watching the movement of spectators in the space and the shifting light levels,   garnering a greater understanding of the multifaceted viewing positions for this work.  The final painting, therefore, is contingent upon spectators approaching the work from a variety of vantage points. The folding and unfurling pattern does not privilege a single position in the room, or accentuate certain areas within the composition.

Fractus is a beguiling painting. It seems to both reveal and conceal itself, as light levels shift and the viewers’ perception changes depending on when and where it is encountered within the space. Yet it is also a tightly orchestrated piece; a fragmented form which unfolds like a choreographed harmonic.