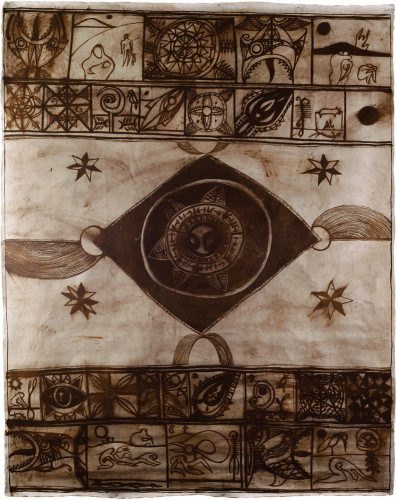 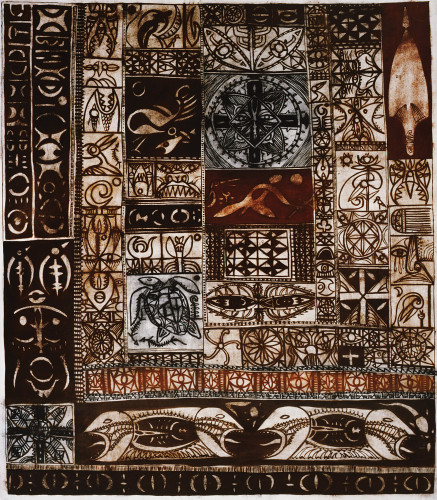 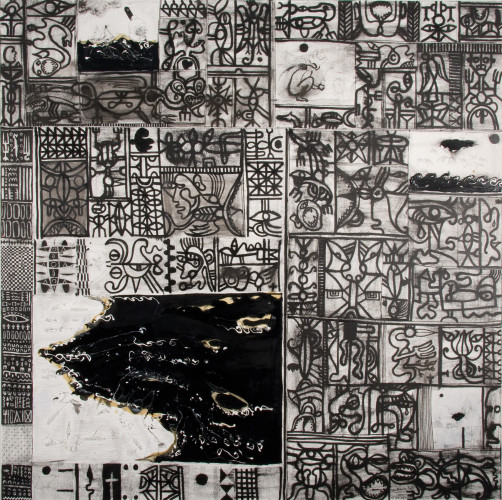 John Pule is not only a significant New Zealand artist, he is a major presence in Pacific artistic culture, playing a pivotal role in the presentation of that culture globally. His art has been included in major exhibitions in Europe, America, Asia and Australia. Major collections of his work are held at the Queensland Art Gallery and as far afield as the National Gallery of Scotland.

John Pule: Hauaga (Arrivals)is the first monographic exhibition of Pule’s art shown in a public gallery, and promises to be a landmark survey of work by a contemporary Pacific artist.

Co-curators Gregory O’Brien and Aaron Lister worked closely with the artist in developing the scope and themes of this important exhibition. It demonstrates how Pule’s work stretches across art forms and cultures, drawing from an endlessly rich range of historical and present-days sources from the Pacific, as well as Aotearoa New Zealand and beyond.

This exhibition features over 20 of John Pule’s large canvases and around 40 of his works on paper. It surveys his career since 1991—the year he travelled back to his birthplace, Niue, and reconnected with the traditional Niuean art of hiapo. A dramatic series of recent works is also included, allowing the exhibition to span 20 years of the artist’s production.

The exhibition includes some of Pule’s greatest suites of works on paper —the lithographic series ‘Restless Spirit’, the series of ink drawings ‘Burn My Head in Heaven’, and the lithograph/etchings ‘Love Poems’. These works embody Pule’s practise as a writer as well as a visual artist: they ask to be read as well as viewed. Narratives of the artist’s real and imagined lives are evoked both visually and verbally. Produced in collaboration with the printmaker Marian Maquire, these works are virtuosic pieces of printmaking and are among Pule’s most exquisite utterances as a poet-painter.

Alongside the exhibition, Otago University Press (in association with City Gallery Wellington) is producing a large scale monograph on John Pule’s work. It features colour plates of over 100 works by the artist and includes major essays by Nicholas Thomas (the book’s editor), Peter Brunt, Gregory O’Brien and writings by John Pule himself. It also includes an exhaustive listing of exhibitions, publications and a chronology. While the existent writing about John Pule is extensive, this is the first monograph about the artist’s work and is also the first major monograph on the work of a living Pacific artist.