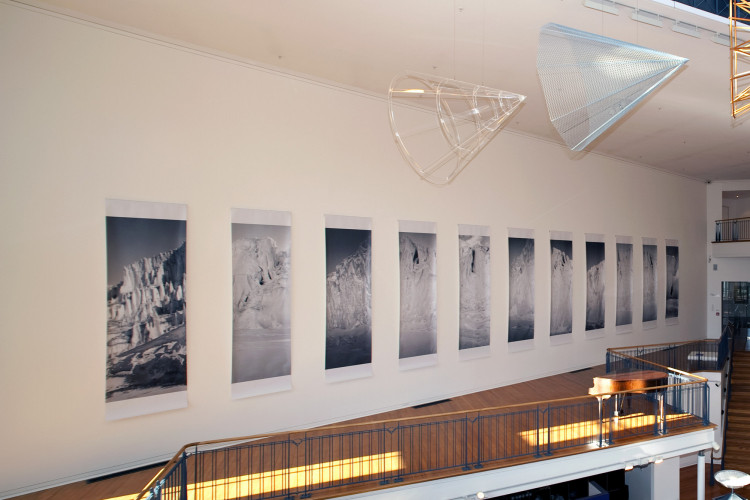 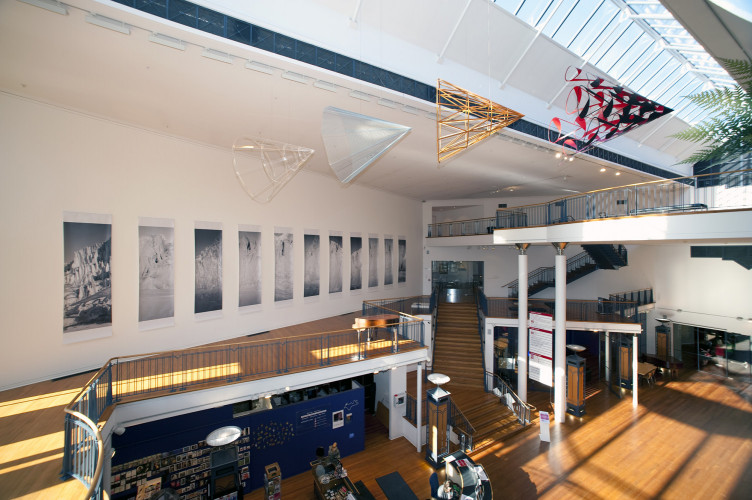 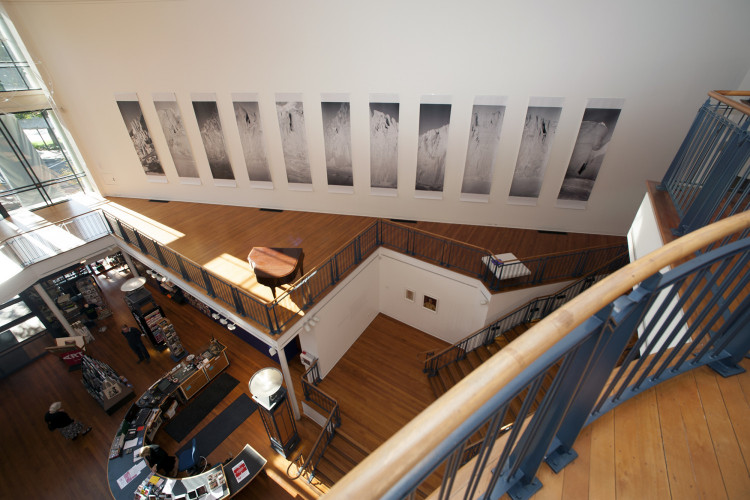 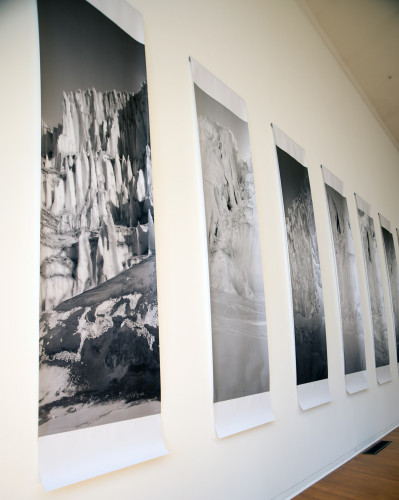 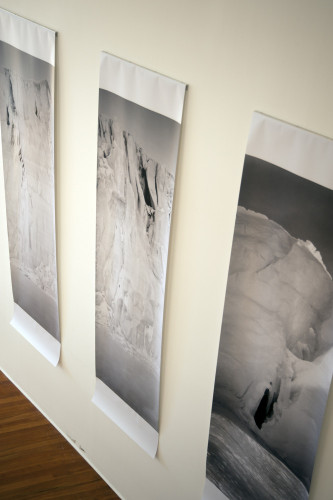 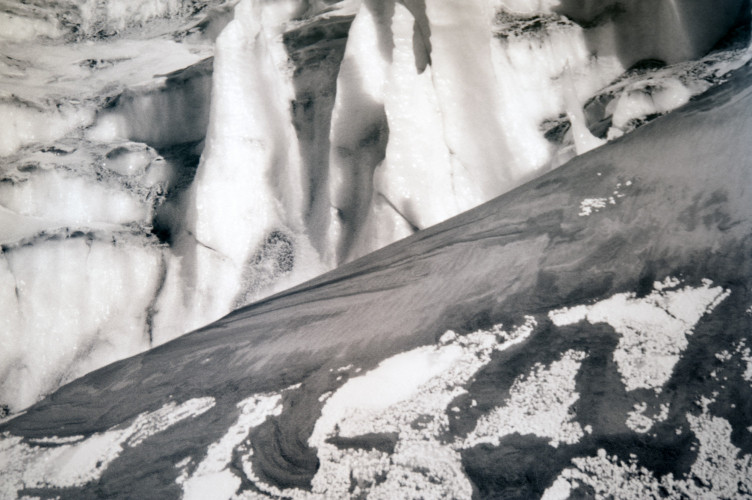 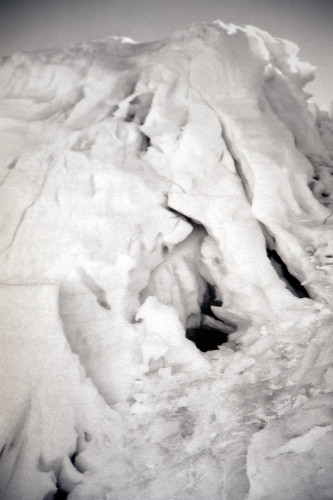 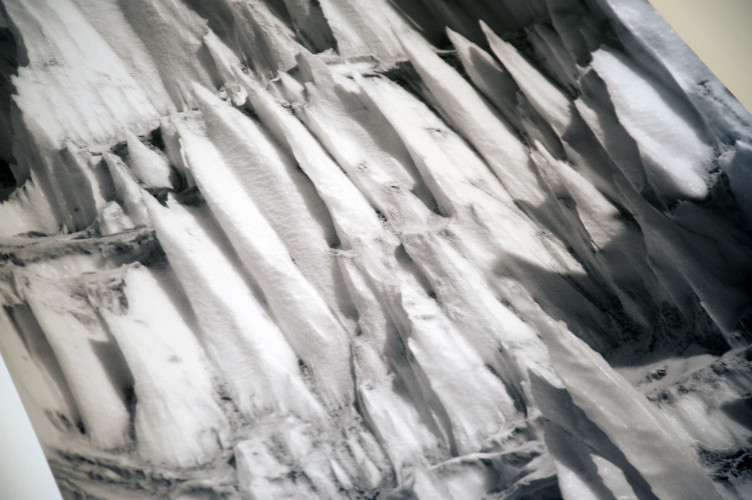 Joyce Campbell’s stunning response to the challenge of producing a work for the Gallery’s Big Wall was to blow-up, and interlace together, eleven separate shots of Antarctic glacial faces. Part of the series titled Last Light Antarctica, Ice Falls seeks to reveal the burgeoning horror that the effects of climate change are having on the earth’s polar icecaps and as such invites viewers’ to experience Antarctica in a volatile and precarious state.

Shot in the spring of 2006 as part of the New Zealand Artist to Antarctica program these prints defy the naturally flat light levels that the artist had to work with in situ. By pushing the film exposure rates to the limit, the innate vulnerability of the glaciers is revealed, as they buckle, contort and fissure under their own largesse. This embankment of images, that have been carefully selected cropped and ordered are a vital and timely reminder of the significant impacts even our most modest activities are having on the global ecological system.

There is a grandiose quality to this installation. Campbell has pictured Antarctica not as a visually barren and unforgiving site, but instead has been able to capture a primordial and even sensual quality in these frozen landmasses. These are awe-inspiring and monumental time capsules; moments caught at slow photographic intervals which reveal in their stratification of the ice a climatic code locked in vertical columns. This is a potent and enduring photographic project that traces a largely untouched domain while alluding to a daunting and as yet unknown future.