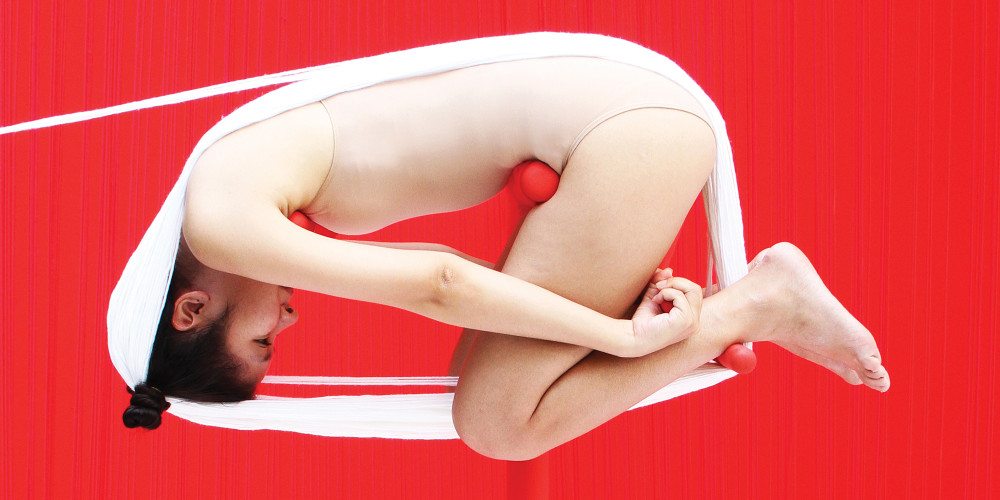 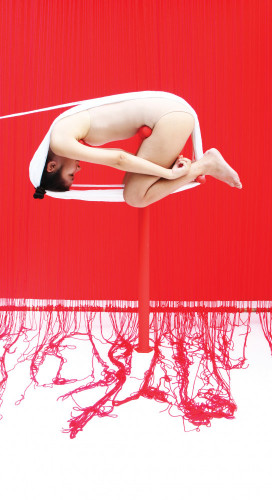 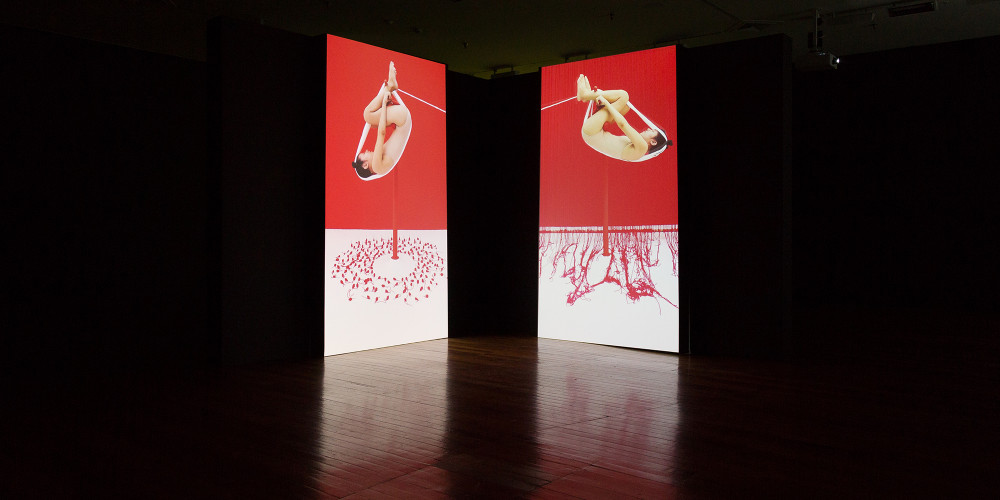 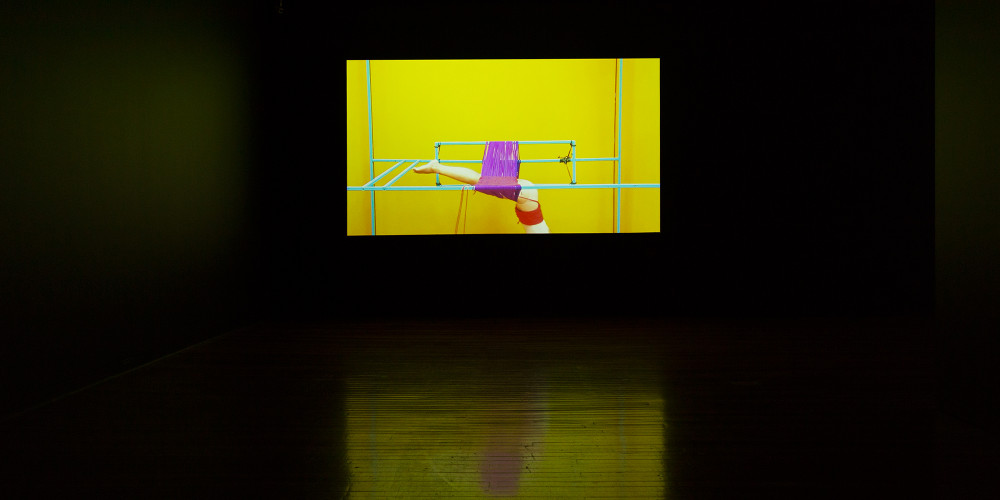 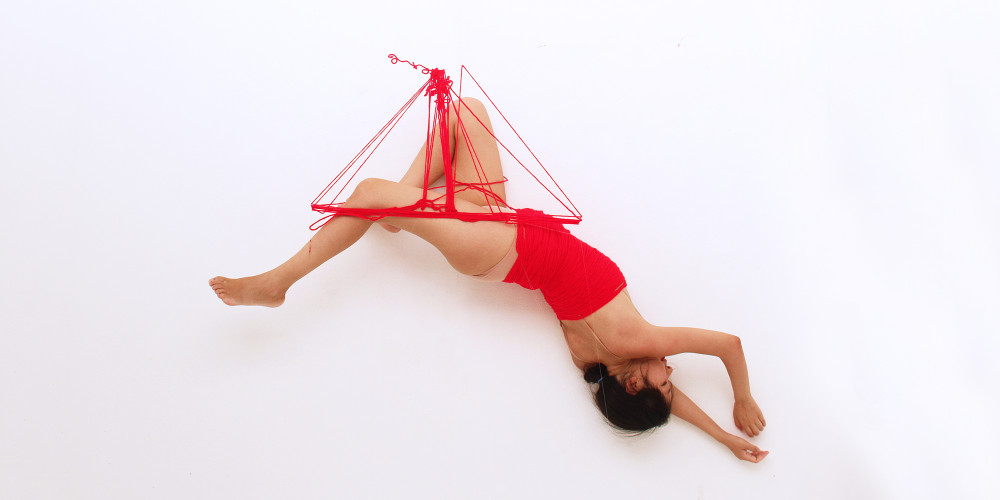 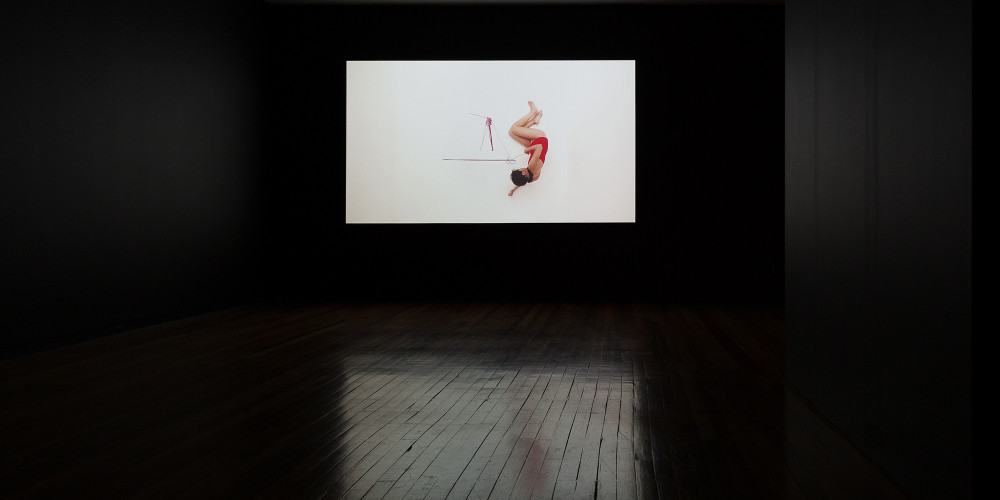 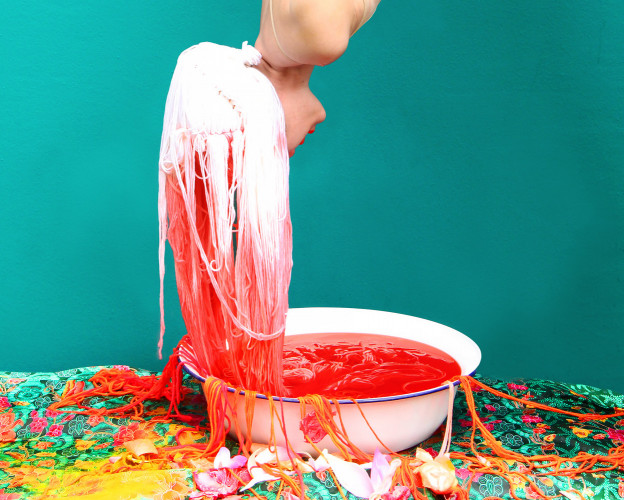 In her video-based performances Kawita Vatanajyankur (b.1987, Thailand) uses her own body as a tool, exploring and exploiting her physical and psychological limits through repetitive actions and endurance. Her practice, underpinned by her position as a Thai woman, is predicated on an ongoing interest in issues surrounding everyday labour – both inside and outside of the home. This area of ongoing research has seen Vatanajyankur bring domestic chores and gender binaries, working conditions and social ideologies, and industrial processes to the fore. These research threads are then translated into a concept that presents a direct challenge to the artist – can she symbolically and literally become the object or tool in question? Can her body be used as an artifact?

Set in front of an eye-catchingly colourful backdrop, Vatanajyankur performs a particular action that imitates the selected object or task: her body is a mop that is submerged in a bucket of water; a beam scale being balanced with fruit or vegetables; a wet rag used to wash the floor. These formal productions often involve only a limited range of movements or gestures, centring instead on repetitive actions, strength and an exploration of the artist’s physical and mental boundaries. The audience is positioned both as witness and spectator – pulled between Vatanajyankur’s alluring aesthetics and the often confronting physicality that operates as the central tension of the artist’s practice.

In late 2017, Vatanajyankur spent six weeks in Dunedin as part of the Gallery’s Visiting Artist Programme. With earlier works examining textiles industries and industrialised work processes within Thailand, her residency saw her expand this interest with research into New Zealand wool production. In these most recent works, Vatanajyankur’s body becomes particular machines and processes used within the manufacture of textiles – she is a skein of fibres dipped into red dye; she is a spinning wheel creating thread; and she is a shuttle, weaving fabric on a loom.

This suite of videos is Vatanajyankur's physical manifestation of manual labour processes often undertaken by women in Thailand. These actions are presented through the double-lens of a hyper-coloured formal composition and a study into the physical abilities/vulnerabilities of the body, combining as works that provoke questions of labour, consumption, feminism and the artist's lived experience.