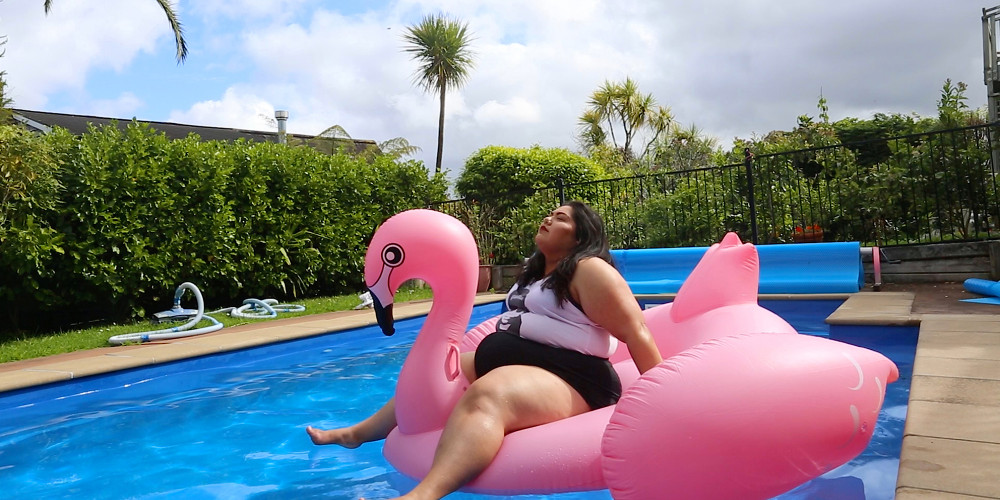 LOUISA AFOA Pink Flamingo 2, 'A Pool is not the Ocean' 2017. Screen capture. Moving Image. Courtesy of the artist

LOUISA AFOA Pink Flamingo 2, 'A Pool is not the Ocean' 2017. Screen capture. Moving Image. Courtesy of the artist 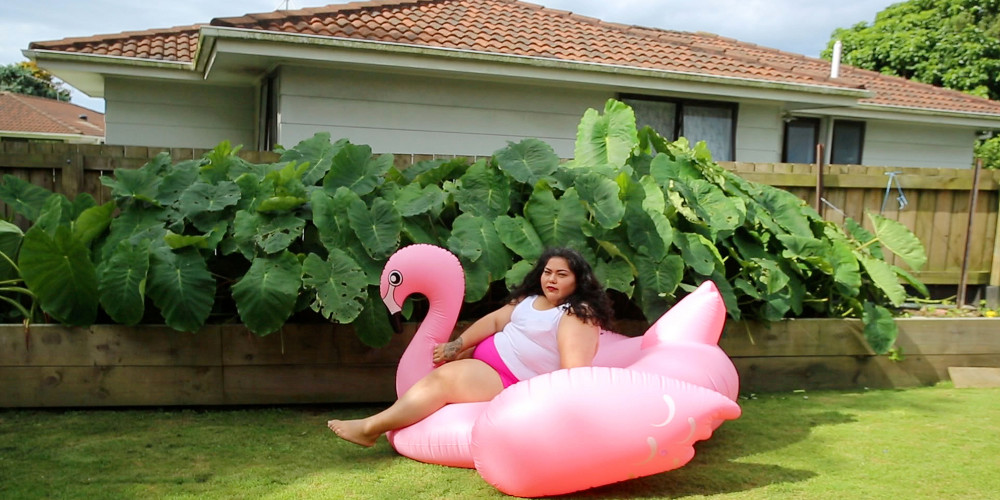 LOUISA AFOA Pink Flamingo, 'A Pool is not the Ocean' 2016. 7:15min. Screen capture. Moving Image. Courtesy of the artist 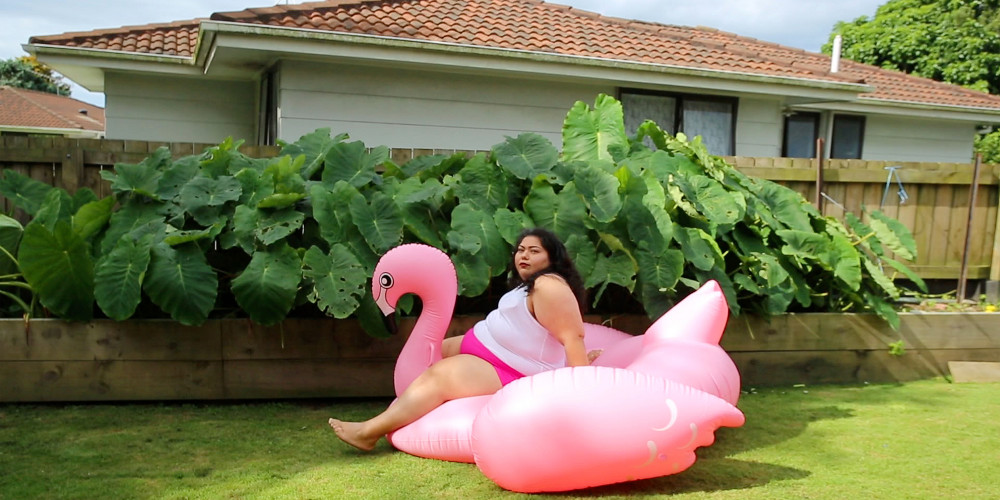 LOUISA AFOA Pink Flamingo, 'A Pool is not the Ocean' 2016. 7:15min. Screen capture. Moving Image. Courtesy of the artist

A Pool is not the Ocean

Oceania is vast, Oceania is expanding, Oceania is hospitable and generous, Oceania is humanity rising from the depths of brine and regions of fire deeper still, Oceania is us. We are the sea, we are the ocean, we must wake up to this ancient truth and together use it to overturn all hegemonic views that aim ultimately to confine us again, physically and psychologically, in the tiny spaces which we have resisted accepting as our sole appointed place, and from which we have recently liberated ourselves. We must not allow anyone to belittle us again, and take away our freedom.[1]

Prompted by her own experiences moving from her family home in Papakura to Torbay on Auckland’s North Shore, Louisa Afoa’s ongoing project A Pool is not the Ocean considers the agency of brown bodies in predominantly white spaces. In this iteration, the shift between these two suburban locations is emphasised, offering a layered perspective on feelings of marginalisation and their relation to specific sites. Utilising self-portraiture and time-based media, these works offer a defiant response to prejudice, misconceptions and racism.

Building on ideas of vastness and sovereignty posited by Epeli Hau’ofa in his text Our Sea of Islands, Afoa’s video works confront the inherently political site of the indigenous body, asserting her presence and her autonomy in the world.

Louisa Afoa is an Auckland-based artist and curator whose work explores social trends among diasporic communities through time based media.  Her films are made in honest response to both her immediate surroundings and community, and it is this quality of honesty which allows Afoa to transcend communities and tell stories in a way that is easy for an audience to interact with. Recent exhibitions include I’ll see you at Orion, Corban Estate, 2017 (solo); The Cold Islanders, Waikato Museum, 2017; New Perspectives, ARTSPACE 2016; Influx,ST PAUL St Gallery, 2016.