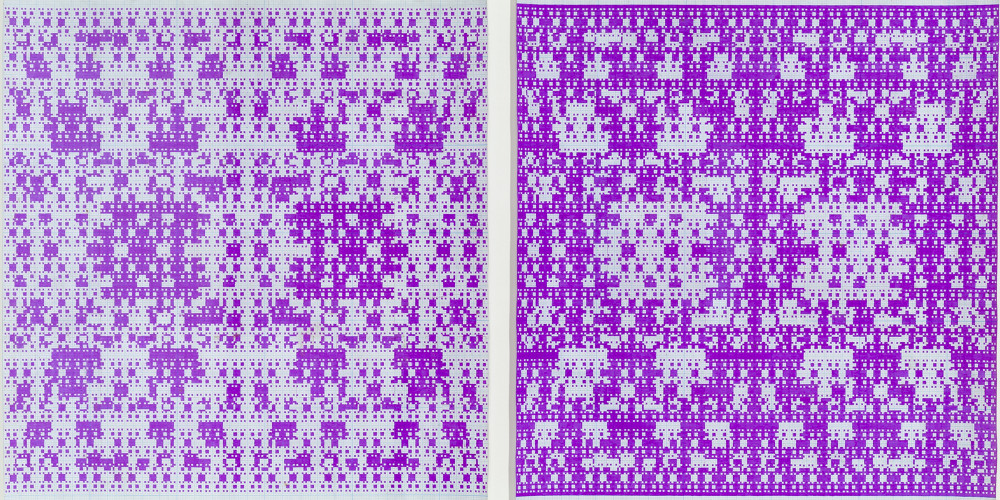 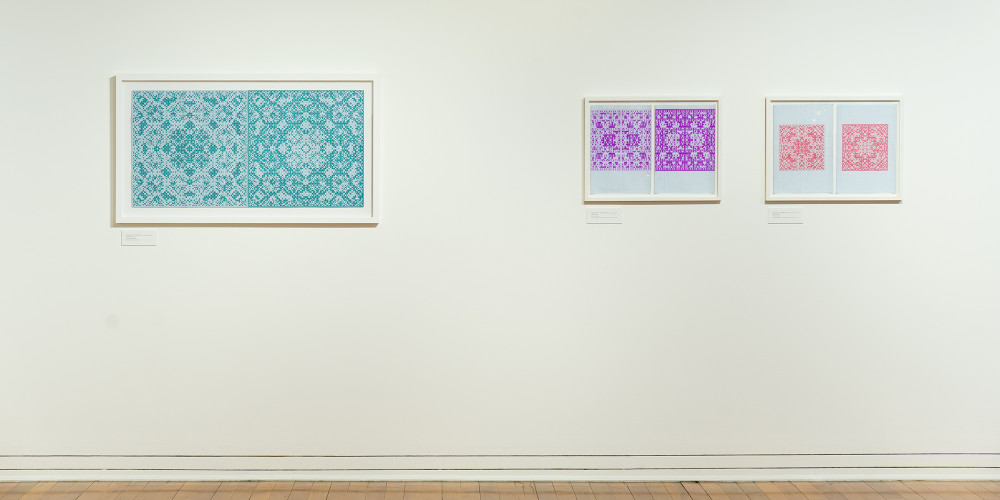 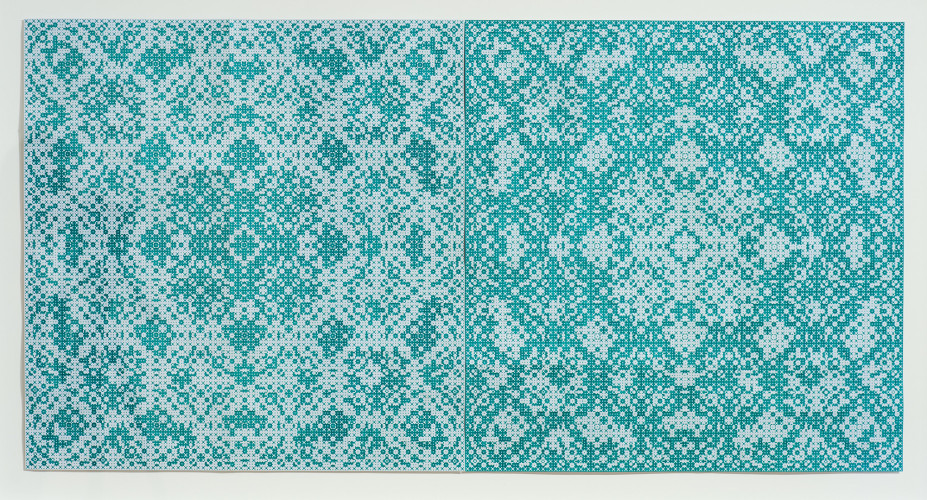 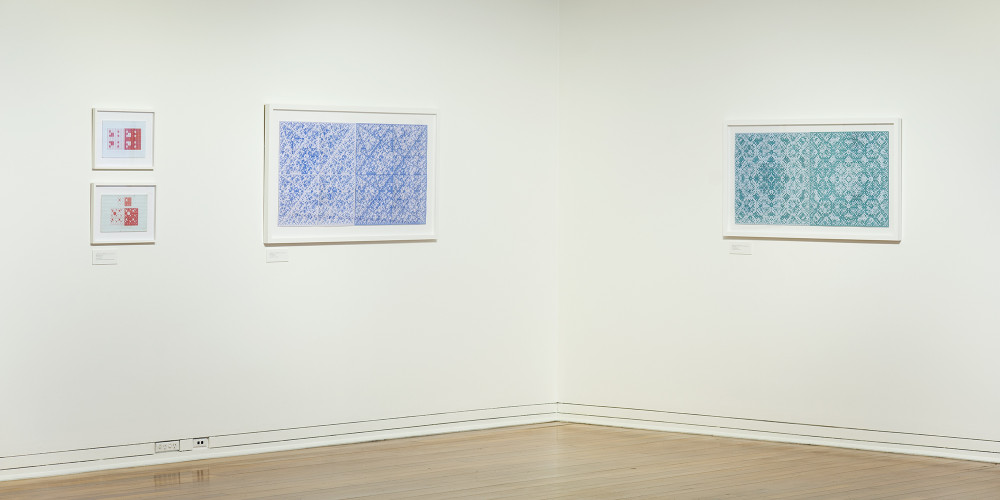 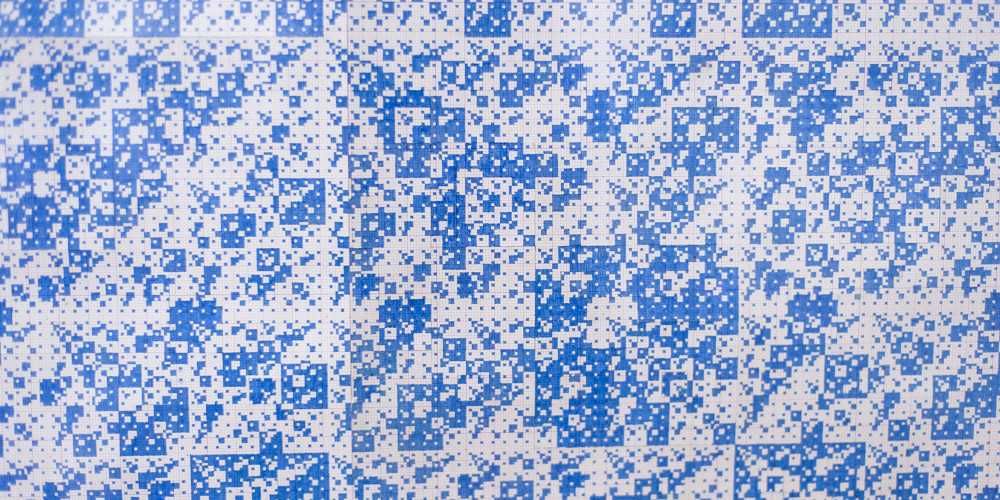 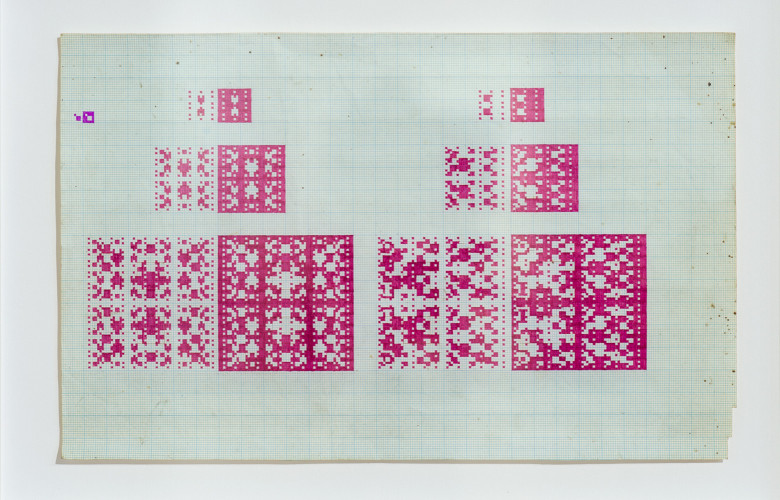 Martin Thompson’s media of choice are fine point ink pens and graph paper; meticulously applying one colour in sequenced rows of tiny squares. His practice is governed by a series of self-imposed rules. Colour is of utmost importance – Thompson creates a small series of works, often four, in a single colour and then moves on. A new colour series will not be started until an existing sequence of drawings has been completed. Works are always comprised of a pair of drawings – a positive and a negative. The darker composition, the negative, must always be located on the right-hand side.

This self-taught artist has been working for over forty years. Thompson’s career altering moment came in 2005, when his work was included in the renowned exhibition Obsessive Drawings at the American Folk Art Museum, New York. As a result, his reputation grew and his works have been shown and collected nationally and internationally ever since. Another significant moment came in 2008 when Thompson decided to move from Wellington to Dunedin – a decision that saw a big shift in his drawings, literally.
In Dunedin, he was able to print graph paper at any size imaginable (within the limits of printing technologies) which saw a change from A4 or A3 drawings to a scale he had never attempted before.

Thompson’s exceptional capacity for mathematics underpins his practice. There are no tests or trial runs, rather the patterns appear on the page intuitively. To achieve layers and extreme detail, Thompson applies additional strips of pattern over his existing drawing and uses a scalpel and clear tape to remove and insert segments. To highlight this technique, Sublime Worlds includes four works that have been framed in reverse so audiences can see the surgical precision and skillful layering that takes place.

Sublime Worlds highlights Thompson’s mechanical certainty, his use of scale and colour, his genius with numbers and his quest for artistic perfection. Through these qualities Thompson is attempting, over his lifetime, to create order, pattern and logic in the face of the chaotic and the unpredictable. His practice provides him with moments of clarity – the opportunity to clear his mind and create his own perfectly sublime world.