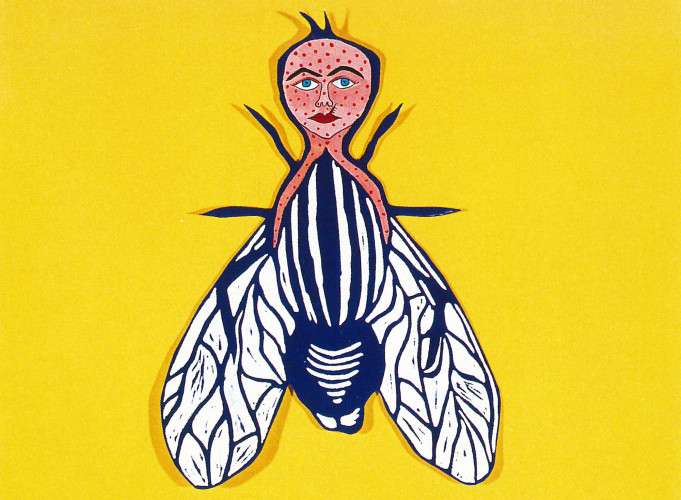 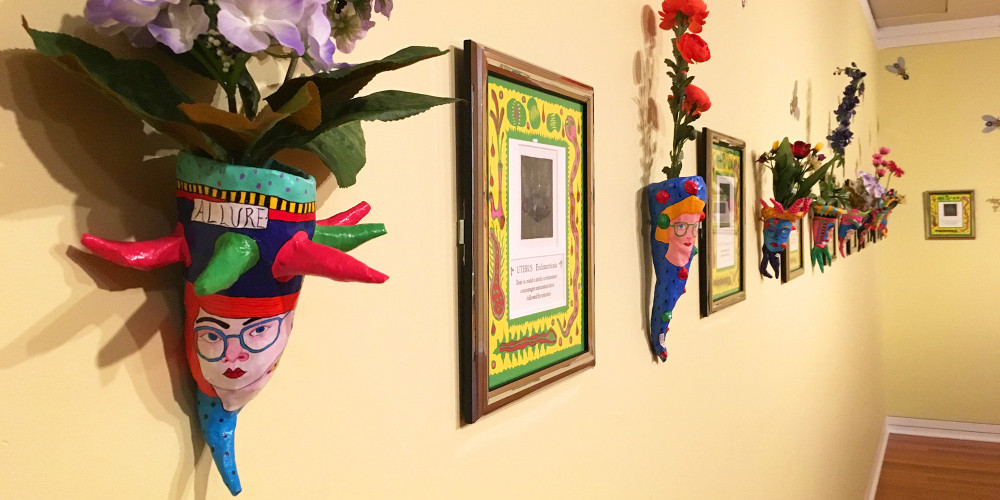 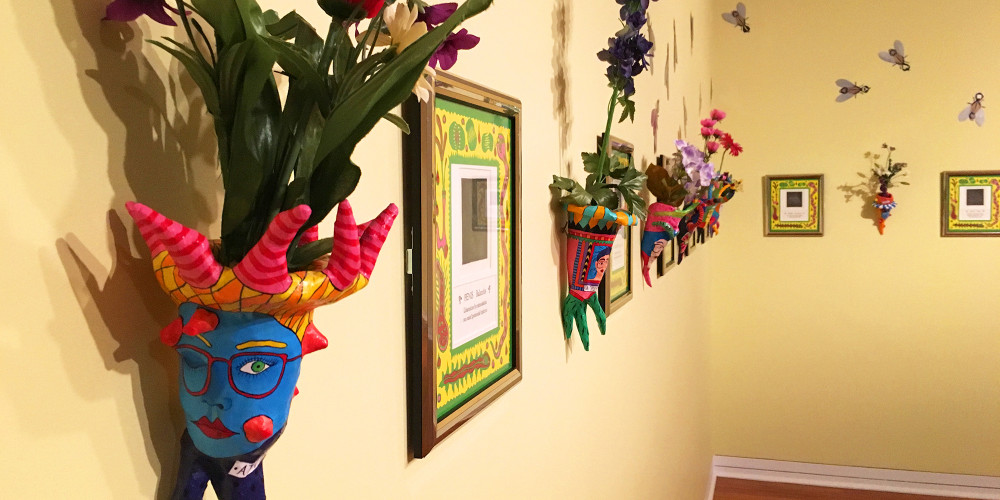 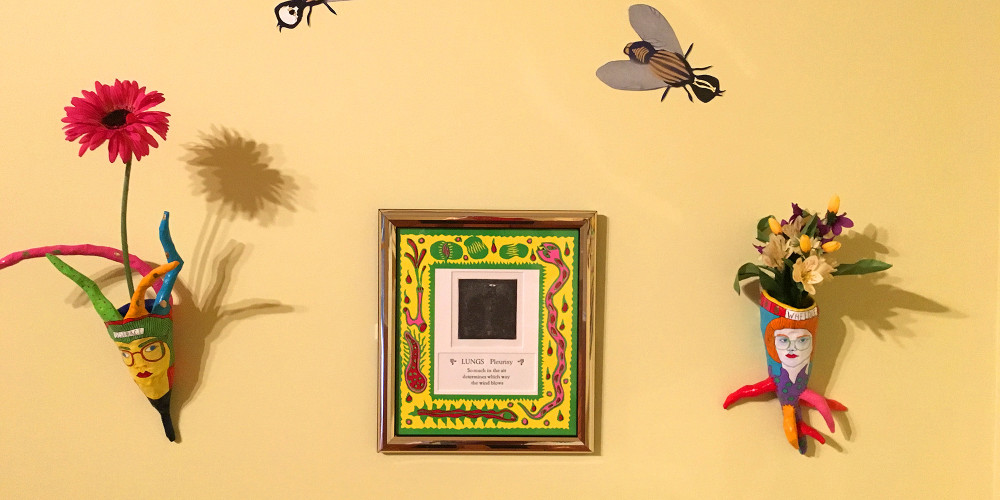 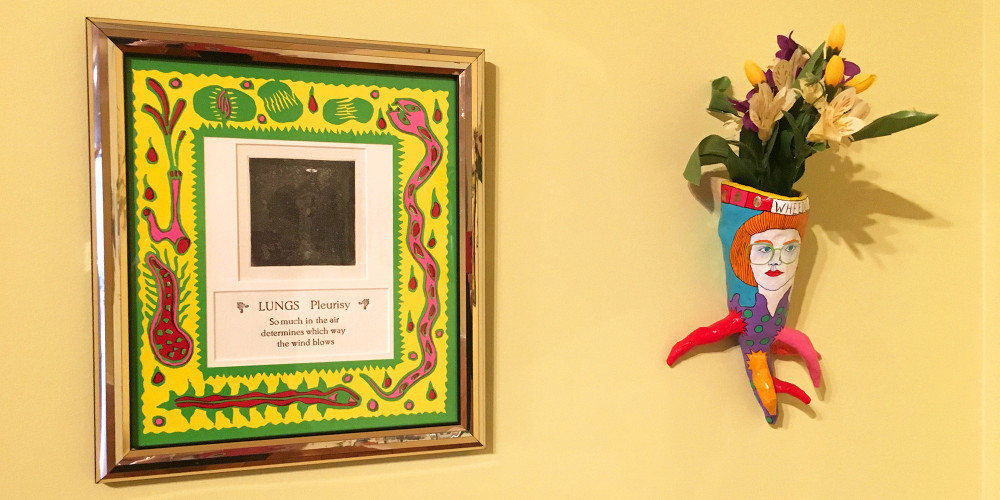 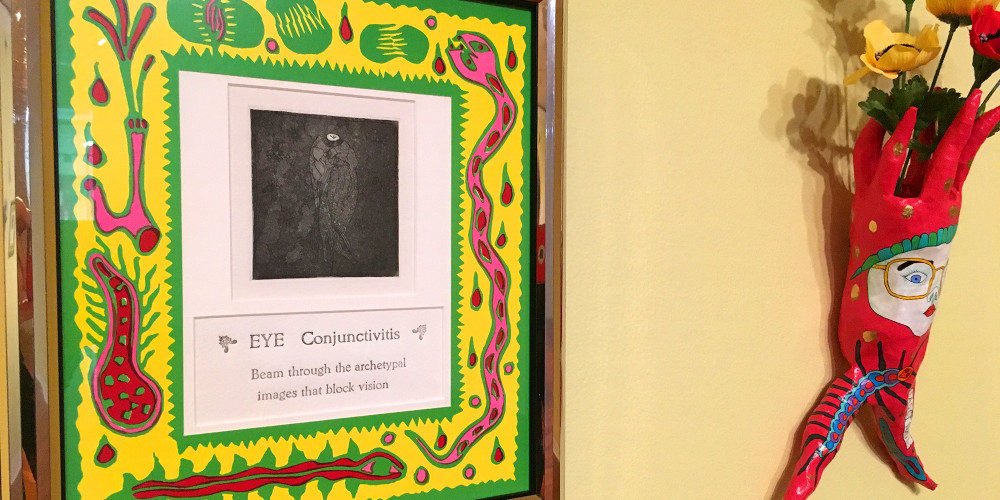 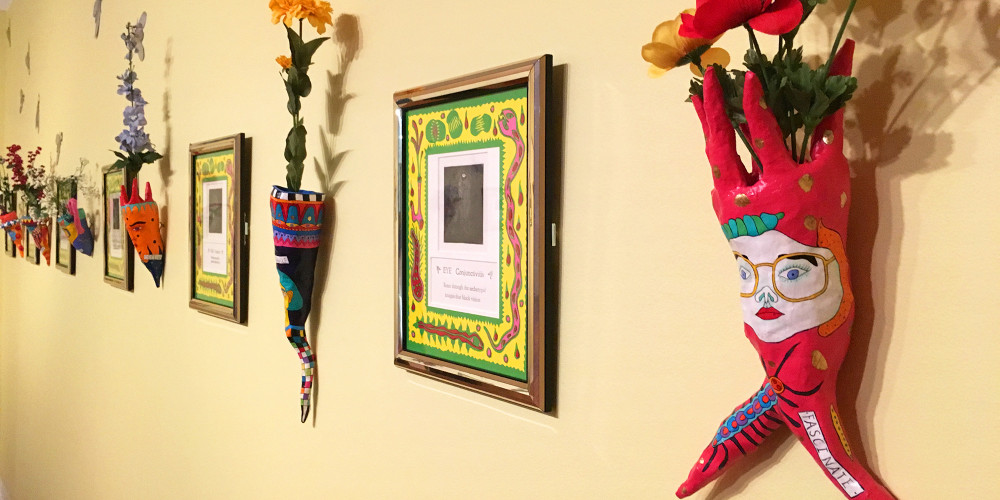 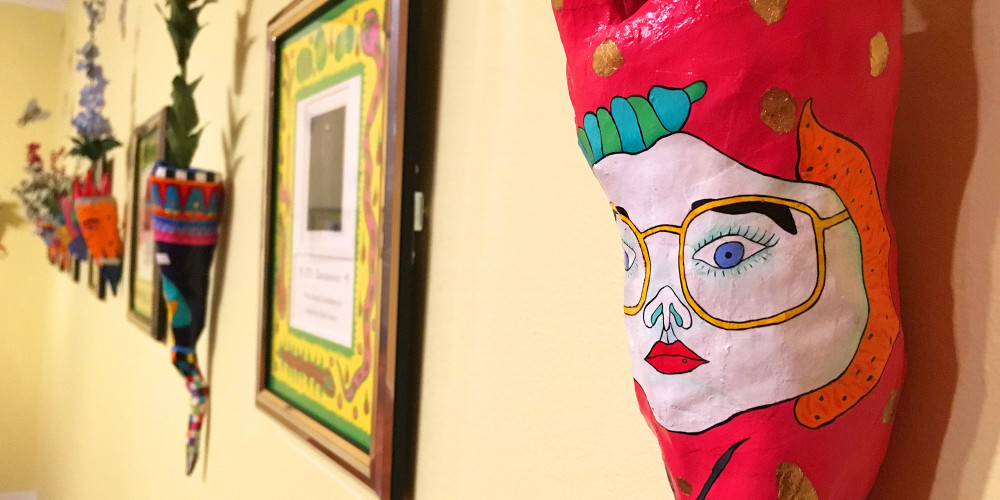 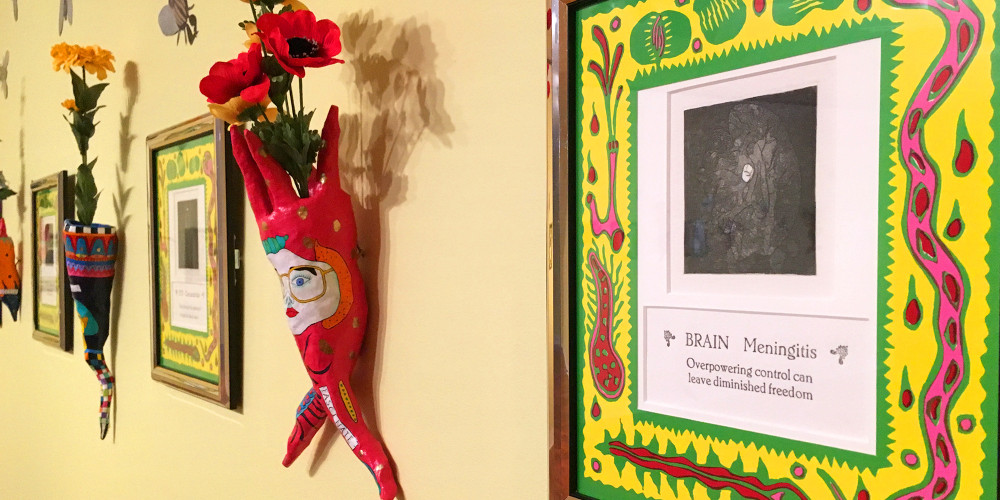 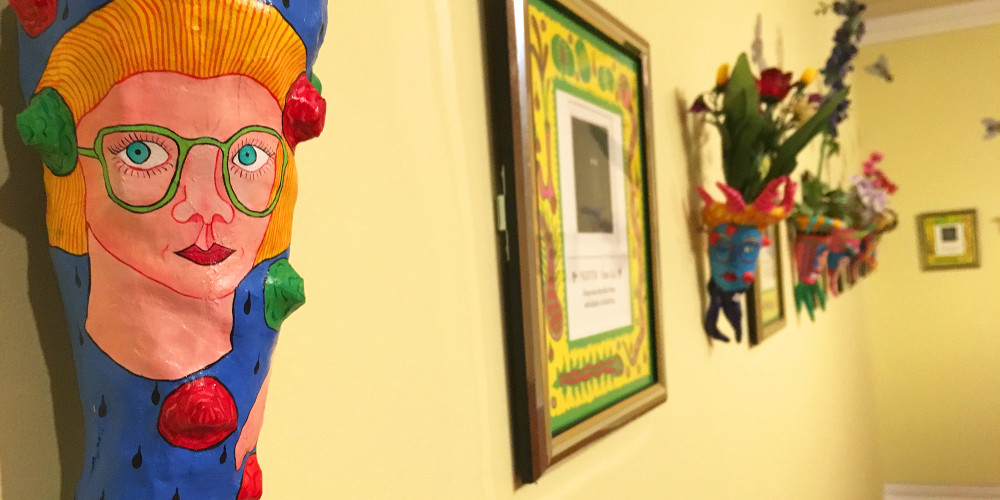 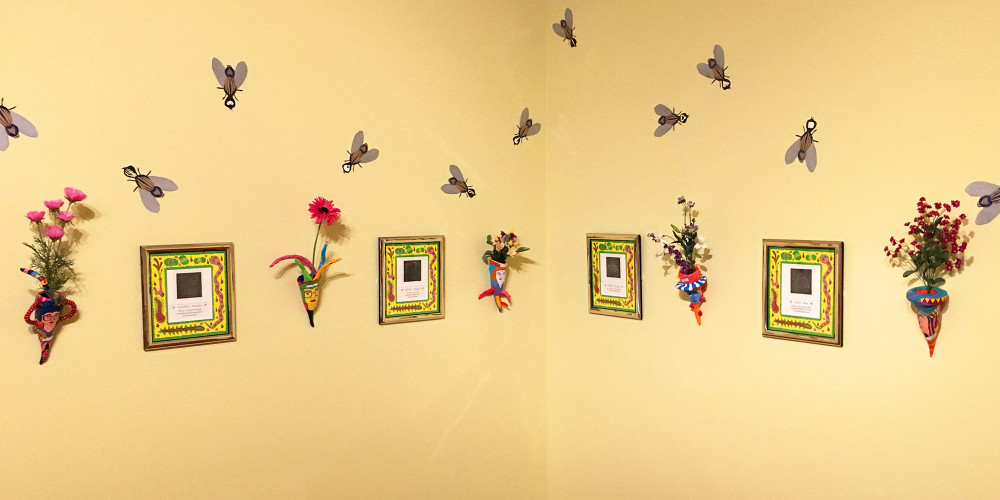 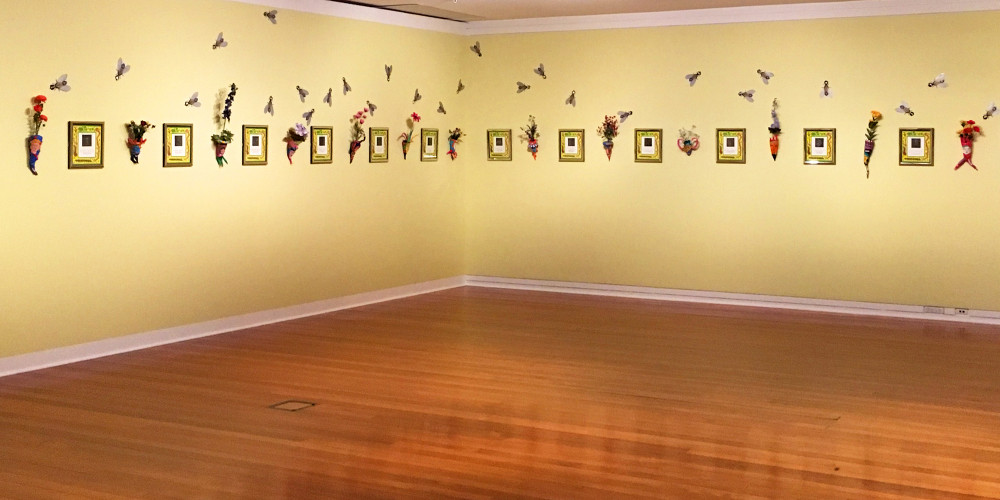 Across time, Nicola Jackson’s work has consistently reflected her interest in human anatomy and the intersections between science, psychology and art history. Incorporating Jackson’s characteristic use of vivid colour, humour and unconventional painting surfaces, Venus Fly Traps consists of papier-mâché vases, etchings, linocuts and artificial flowers. Much like its carnivorous namesake, Venus Fly Traps explores the idea of fatal attraction through a series of ‘receptacles’ and ‘lures’.

Swarmed by flies, the installation presents various body parts (the receptacles) together with a series of carefully selected words that relate to, or expand on, the concept of ‘lure’ such as ‘tempt’, ‘attract’ and ‘beguile’. Venus Fly Traps, like much of Jackson’s work, blends interests in the scientific and anatomical with the psychological and emotional. Here, Jackson explores the visual possibilities of human anatomy and associated medical conditions, the self-portrait and the complex human condition.

Jackson’s Venus Fly Traps re-presents her first solo exhibition, of the same name, at the Dunedin Public Art Gallery in 1990. This was a time of much activity for Jackson, with her solo exhibition Through the Eye of the Needle at the Robert McDougall Art Gallery, Christchurch (1989), the group exhibition How they see Themselves: Self -Portraits at John Szoke Gallery, New York (1989), as well as being awarded the Rita Angus Residency in 1990.