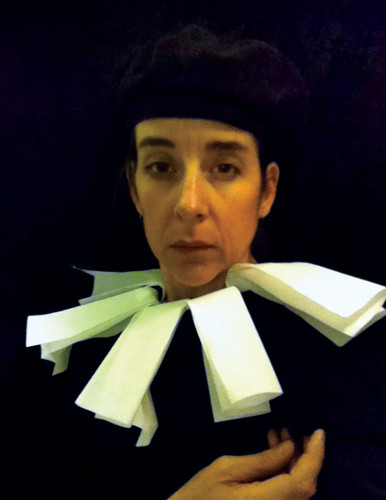 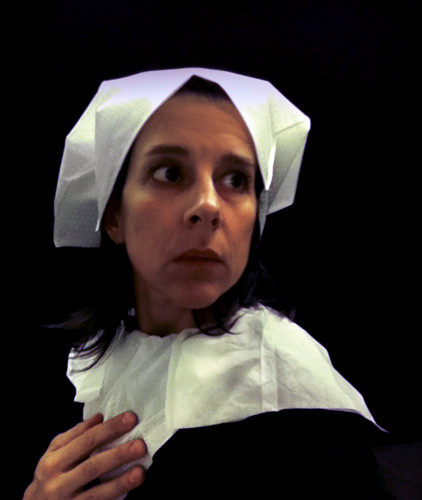 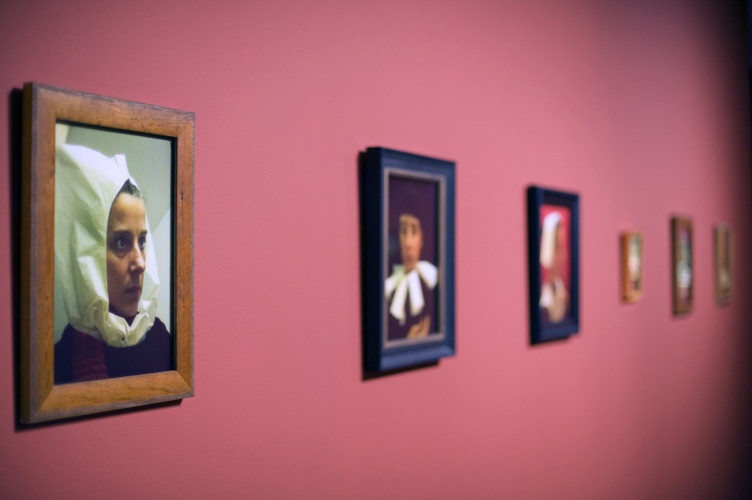 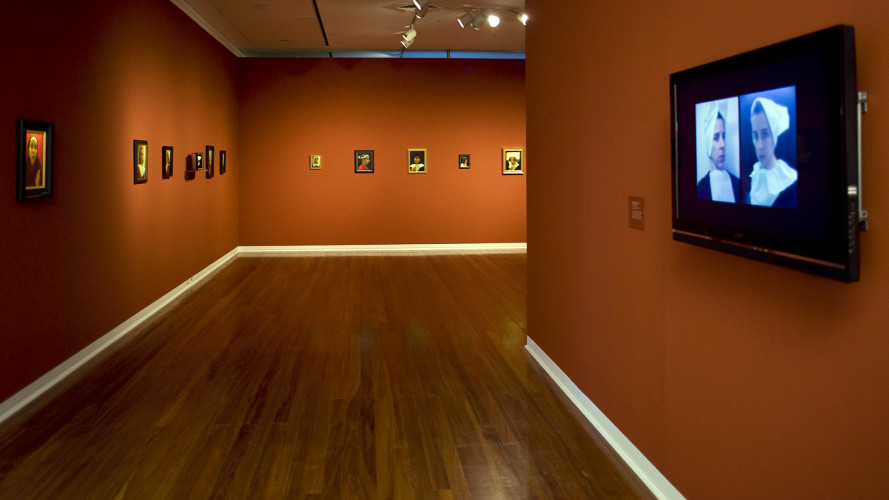 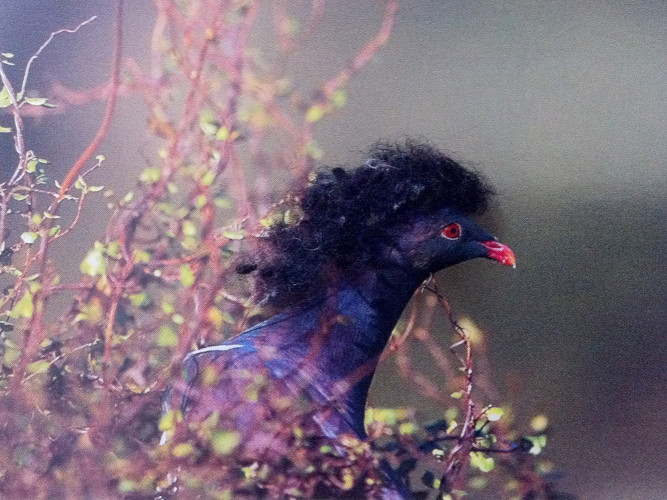 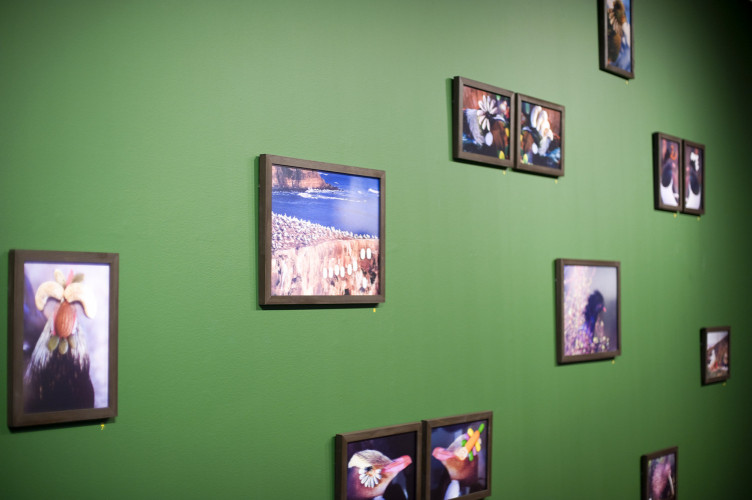 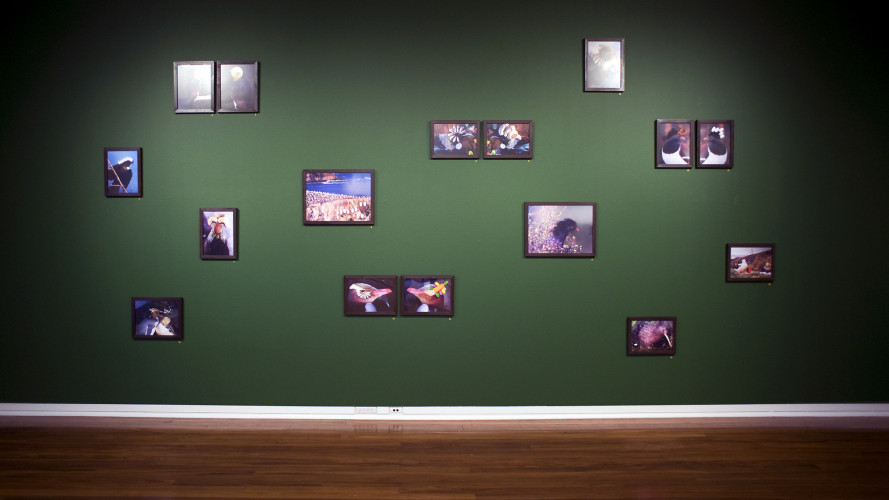 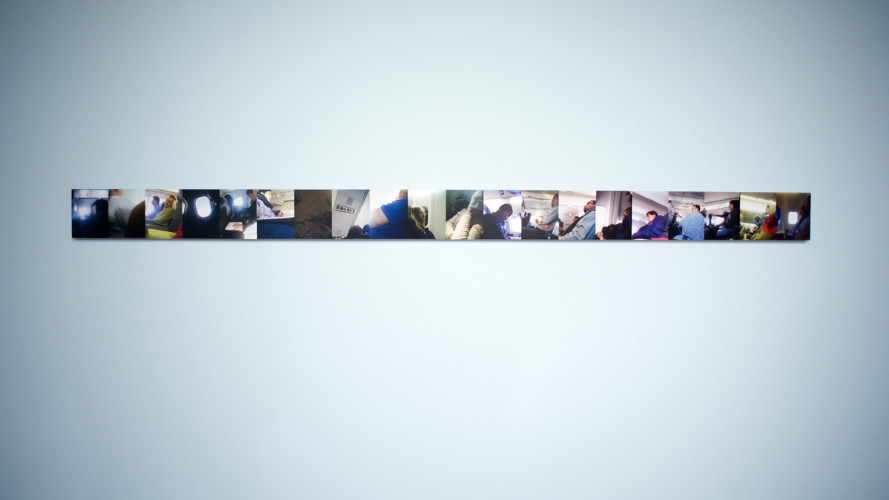 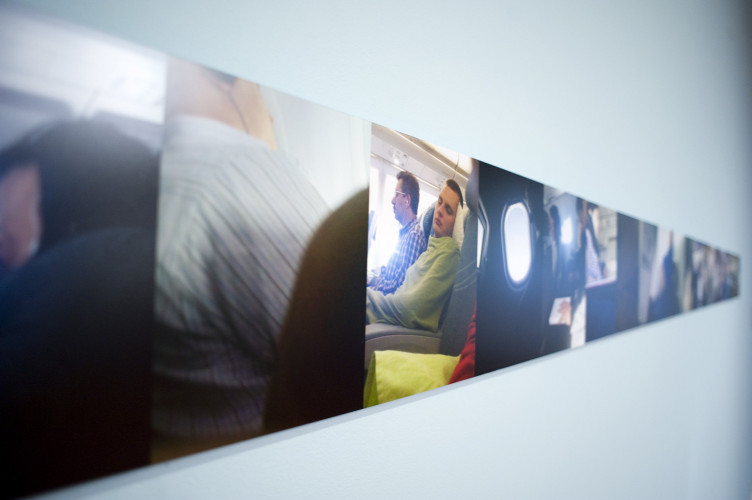 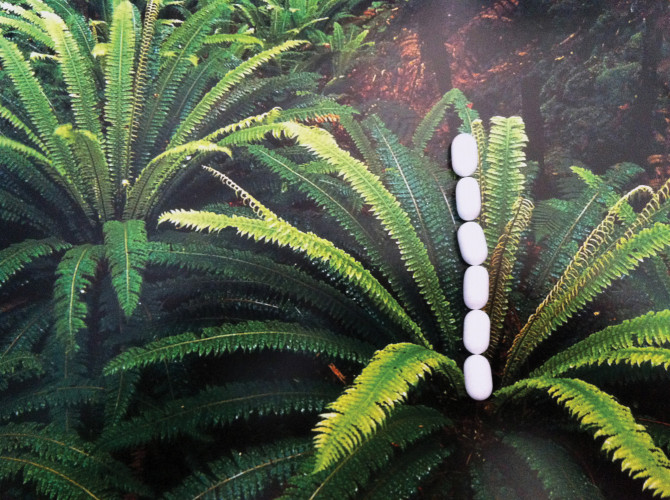 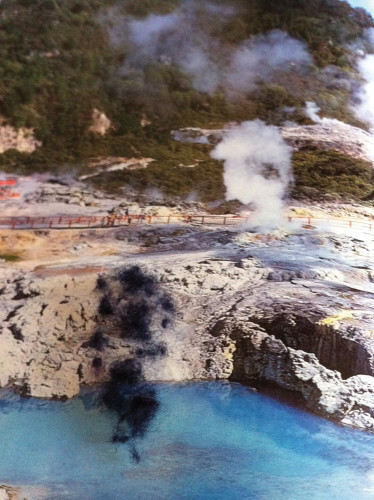 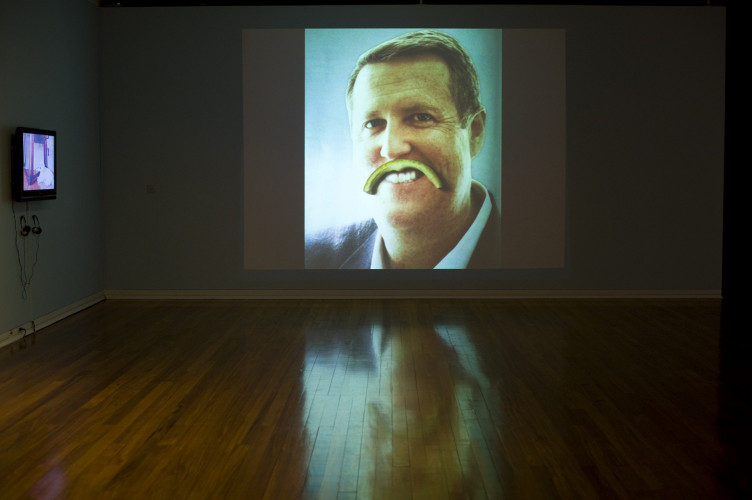 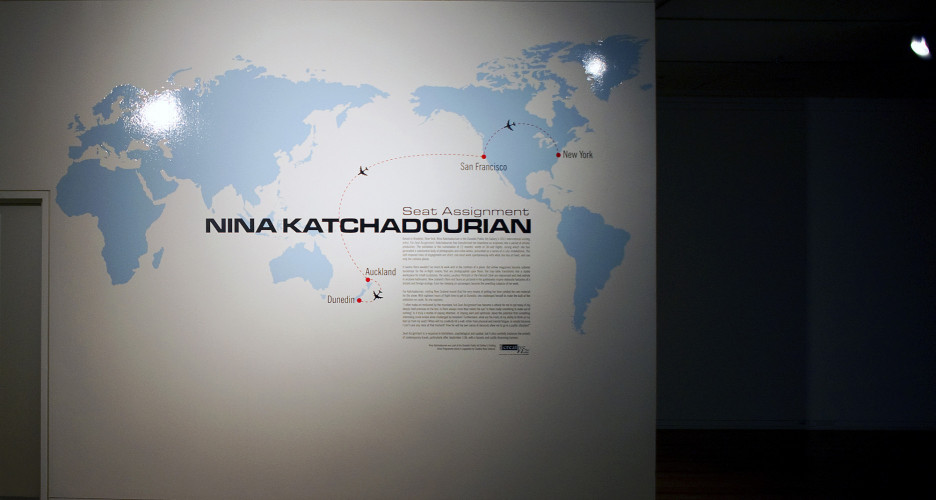 Based in Brooklyn, New York, Nina Katchadourian is the Dunedin Public Art Gallery’s 2011 international visiting artist.  For Seat Assignment, Katchadourian has transformed her downtime on airplanes into a period of artistic production.  The exhibition is the culmination of 12 months’ worth of 30-odd flights, duringwhich she has generated a substantial body of photographs and video works, presented as a series of in-situ installations. The self-imposed rules of engagement are strict: she must work spontaneously with what she has at hand, and use only her camera phone.

It seems there wouldn’t be much to work with in the confines of a plane. But airline magazines become sublime backdrops for the in-flight snacks that are photographed upon them; the tray-table transforms into a studio workspace for small sculptures; the series Lavatory Portraits in the Flemish Style are improvised and shot entirely in airplane bathrooms. New Zealand’s flora and fauna as pictured in her guidebooks inspire elaborate fantasies of a distant and foreign ecology. Even her sleeping co-passengers become the unwitting subjects of her work.

For Katchadourian, visiting New Zealand meant that the very means of getting her here yielded the raw material for the show.  With eighteen hours of flight time to get to Dunedin, she challenged herself to make the bulk of the exhibition en route.  As she explains:

“I often make art motivated by the mundane, but Seat Assignmenthas become a vehicle for me to put many of my deeply-held premises to the test. Is there always more than meets the eye? Is there really something to make out of nothing? Is it truly a matter of paying attention, of staying alert and optimistic about the potential that something interesting could evolve when challenged by boredom? Furthermore, what are the limits of my ability to think on my feet (or from my seat)? When will my creativity hit a wall, either from physical and mental fatigue, or simply because I can’t care any more at that moment? How far will my own sense of decorum allow me to go in a public situation?”

Seat Assignmentis a response to limitations, psychological and spatial, but it also carefully balances the anxiety of contemporary travel, particularly after September 11th, with a laconic and subtly disarming humour.