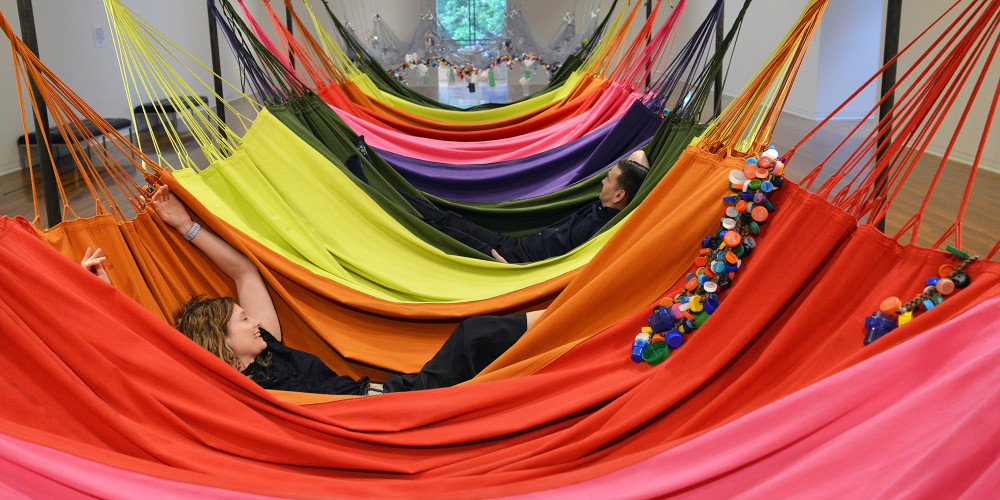 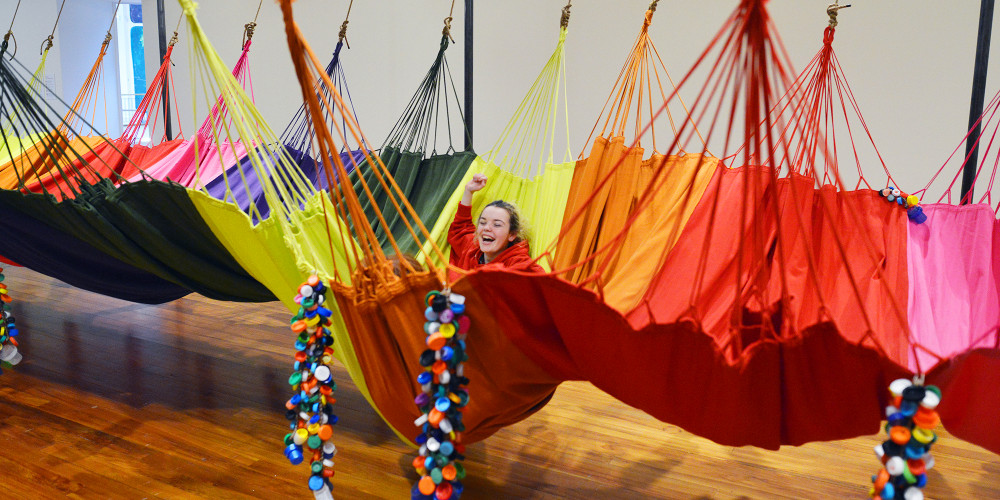 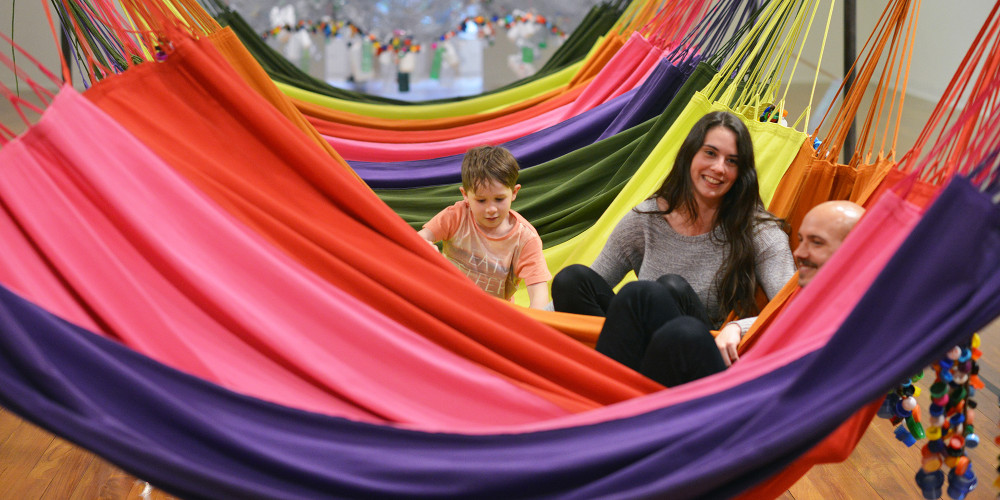 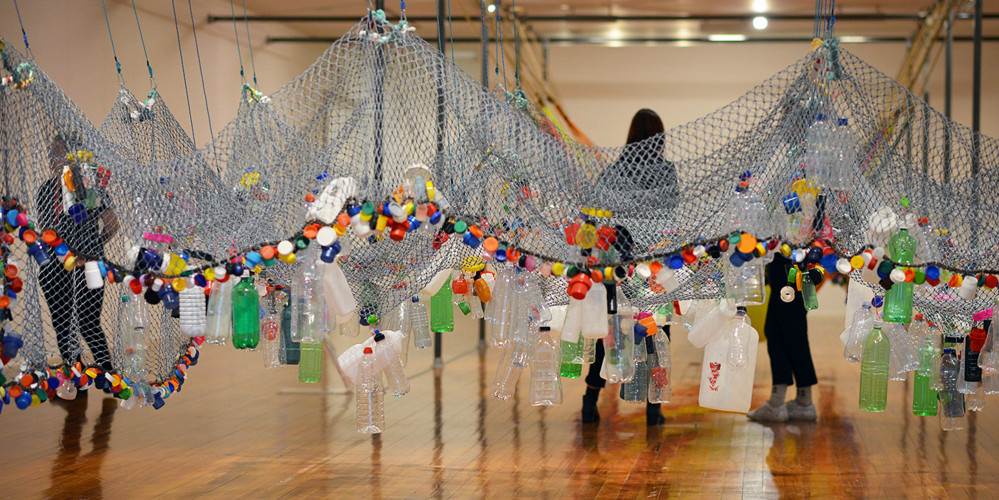 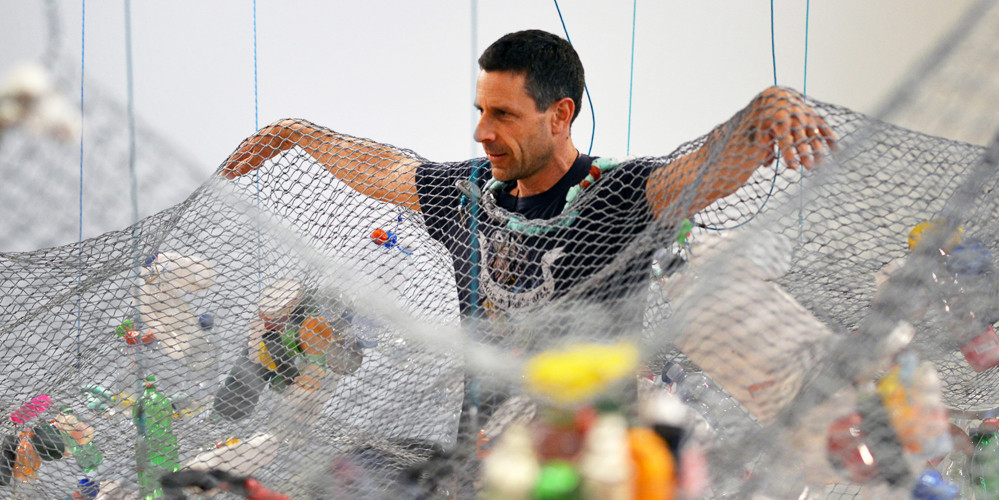 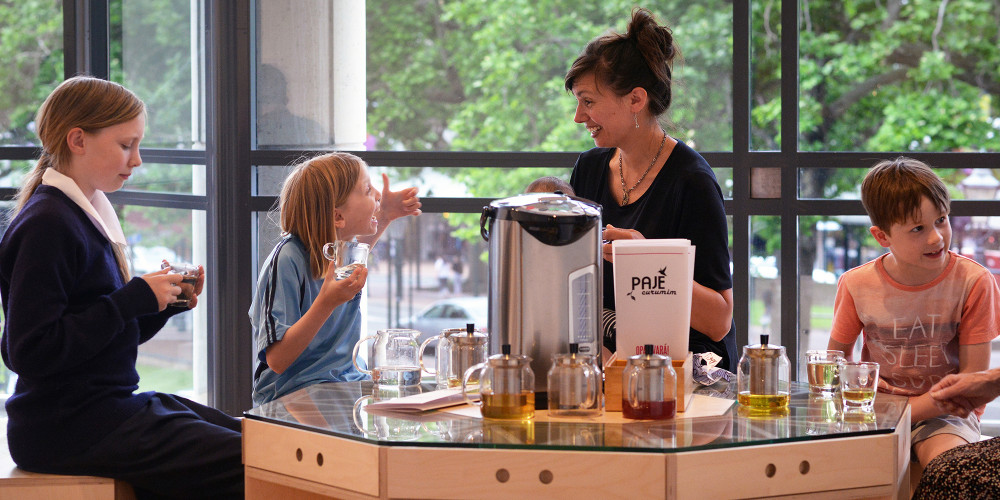 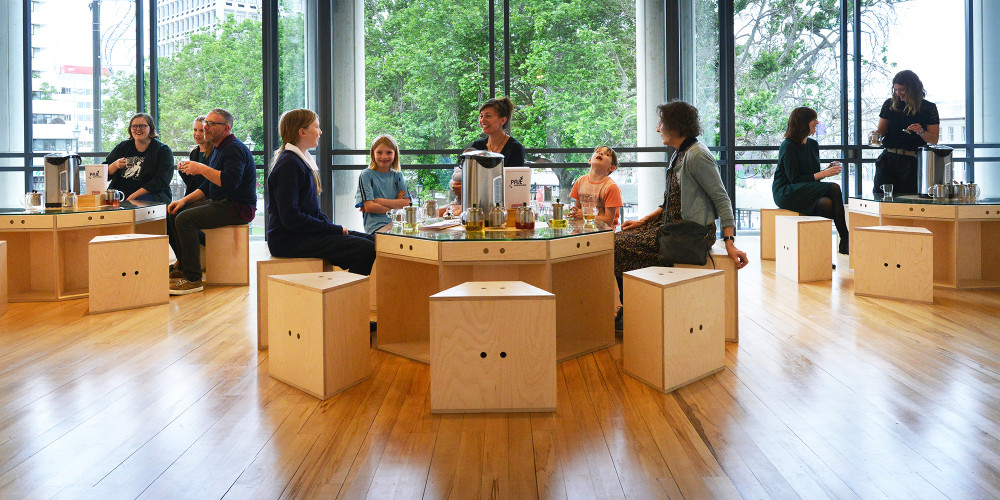 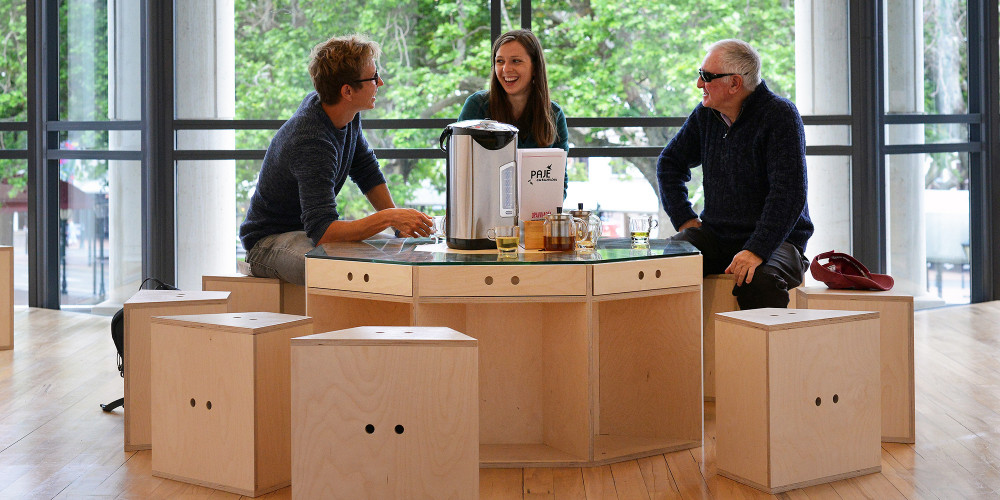 Formed in 2005, OPAVIVARÁ! are an artist collective with four members, who are primarily based in Rio de Janeiro, Brazil. As the Dunedin Public Art Gallery’s 2019 International Visiting Artists, OPAVIVARÁ! made their inaugural trip to Aotearoa New Zealand in October 2019, undertaking an intensive period of research, development and production. This colourful, engaging and thought-provoking exhibition presents two recent works, Rede Social and Paje Curumim, alongside a new work, SeaSystem, made in Ōtepoti Dunedin.

OPAVIVARÁ! use installation, performance, video and sound to create sites that encourage interaction and participation, both with art works and between people. They present their work across a wide range of public spaces, from galleries to festivals to city streets – merging the boundaries between communal spaces and contemporary art. In doing so, OPAVIVARÁ! highlights the transformative power of bringing people together through shared experience. While appealing and entertaining, their works are deeply political and respond directly to their experiences of contemporary life, social and economic issues, and the environment. Operating within a country that continues to face political and economic upheaval, OPAVIVARÁ! use their works to create safe and pleasurable environments in which people can meet, raise issues and injustices, spark conversations, and share ideas and experiences.