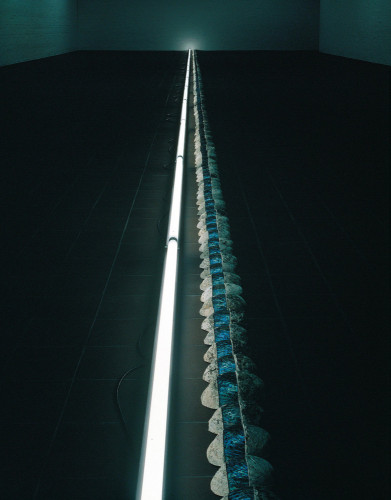 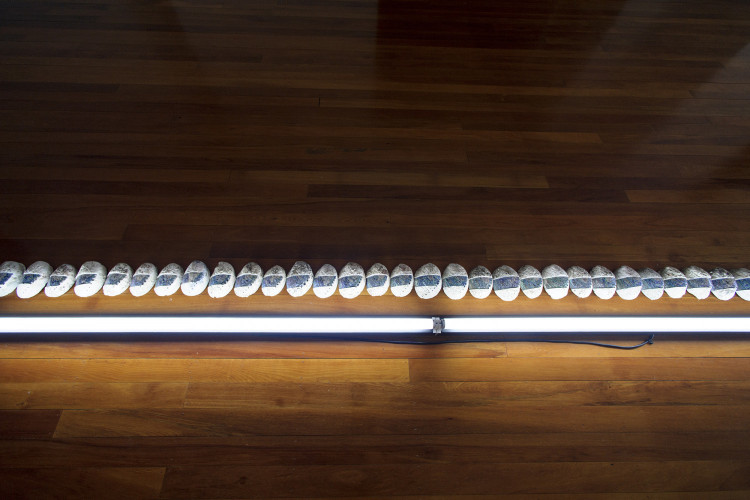 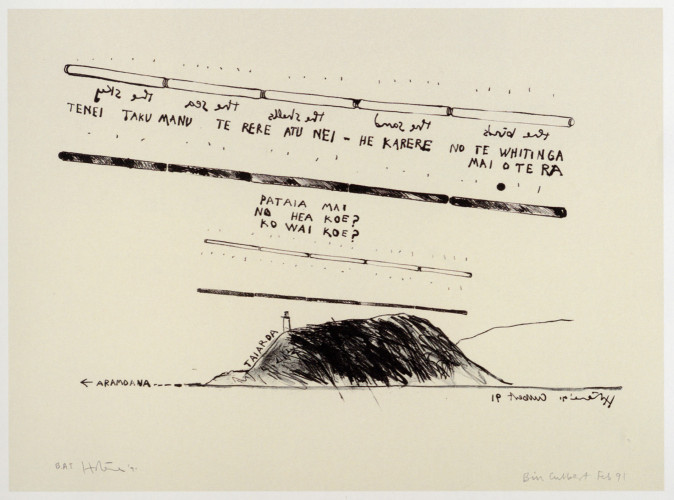 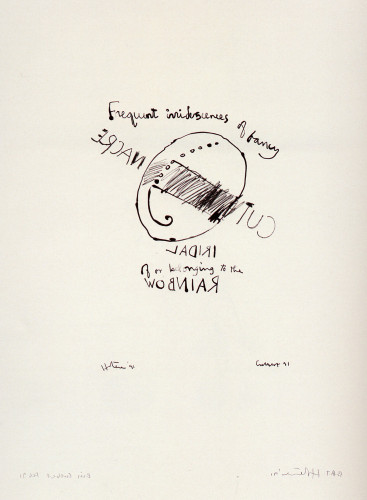 Pathway to the Sea – Aramoana

Individually Ralph Hotere and Bill Culbert are widely regarded as two of New Zealand’s most singular and significant senior artists.  This admirable status has been garnered largely as a result of the consistency, finesse and conceptual rigour of their practice.  As fiercely independent figures, both have fashioned their own artistic direction. The collaborative works they initiated together in the early nineties therefore, provide a fascinating glimpse into an artistic give and take,  by two maestros of creative gamesmanship. The alliance between Culbert and Hotere is recognised as one of this country’s most important and imaginative artistic partnerships, and one which has existed for more than two decades.

This exhibition Pathway to the Sea—Aramoana, brings together for the first time, this awe-inspiring installation with its associated working drawings and lithographic prints.  The sculptural installation Pathway to the Sea—Aramoana is a cornerstone of their collaborative practice.  By re-introducing audiences to this collection of collateral material relating to this key work, the Dunedin Public Art Gallery aims to reveal the uniqueness of this creative fountainhead, the underlying conviviality of their relationship, and the stunning resolutions arising from this meeting of like-minds.

Hotere and Culbert have an essential, profound and long-lasting connection with the Otago Harbour, and in particular the areas that take in Port Chalmers, Carey’s Bay and Aramoana.  Culbert was born and spent his early years in and around Port Chalmers and has consistently returned to this place in body and spirit throughout his artistic career.  Hotere became familiar with this part of the world in 1969, when he was awarded the Frances Hodgkins Fellowship at the University of Otago.  The tie with this community was galvanised in the early seventies, when Hotere took up residence in Carey’s Bay, a location which he would eventually call home, and where he came to be a quintessential cultural, artistic and political talisman over the ensuing decades.

Pathway to the Sea—Aramoana is a powerful summation of time spent in this place; it stores and discloses treasures from the salty depths and cuts a corresponding track of incandescent light, which beckons to be followed.  At a span of one hundred feet this is an installation to be traversed in measured steps, absorbed in a long-take and revisited from a parallel axis.

Conceived twenty years ago, the work still has an enduring and poetic quality; attributes grounded in the final installation and teased out in the lyrical drawings and snippets of verse that punctuate the works on paper.  In this context the words of John Caselberg are unearthed from the literary memory banks, scrawled out in a fleeting moment and left to drift into view:

…there is a rock which guards

every sacred harbour in New Zealand.

It but waits its hour…